“What inspires us is to make sure that women are seen the in Jazz World.  I can go to many festivals and not see one woman musician.  The Palm Springs Women’s Jazz Festival is here to expose the great talent that exists among the female Artists.  We are here to support diversity.  We are here to support Women Musicians.”  Sweet Baby J’ai, Artistic Director/Founder of the Palm Springs Women’s Jazz Festival. 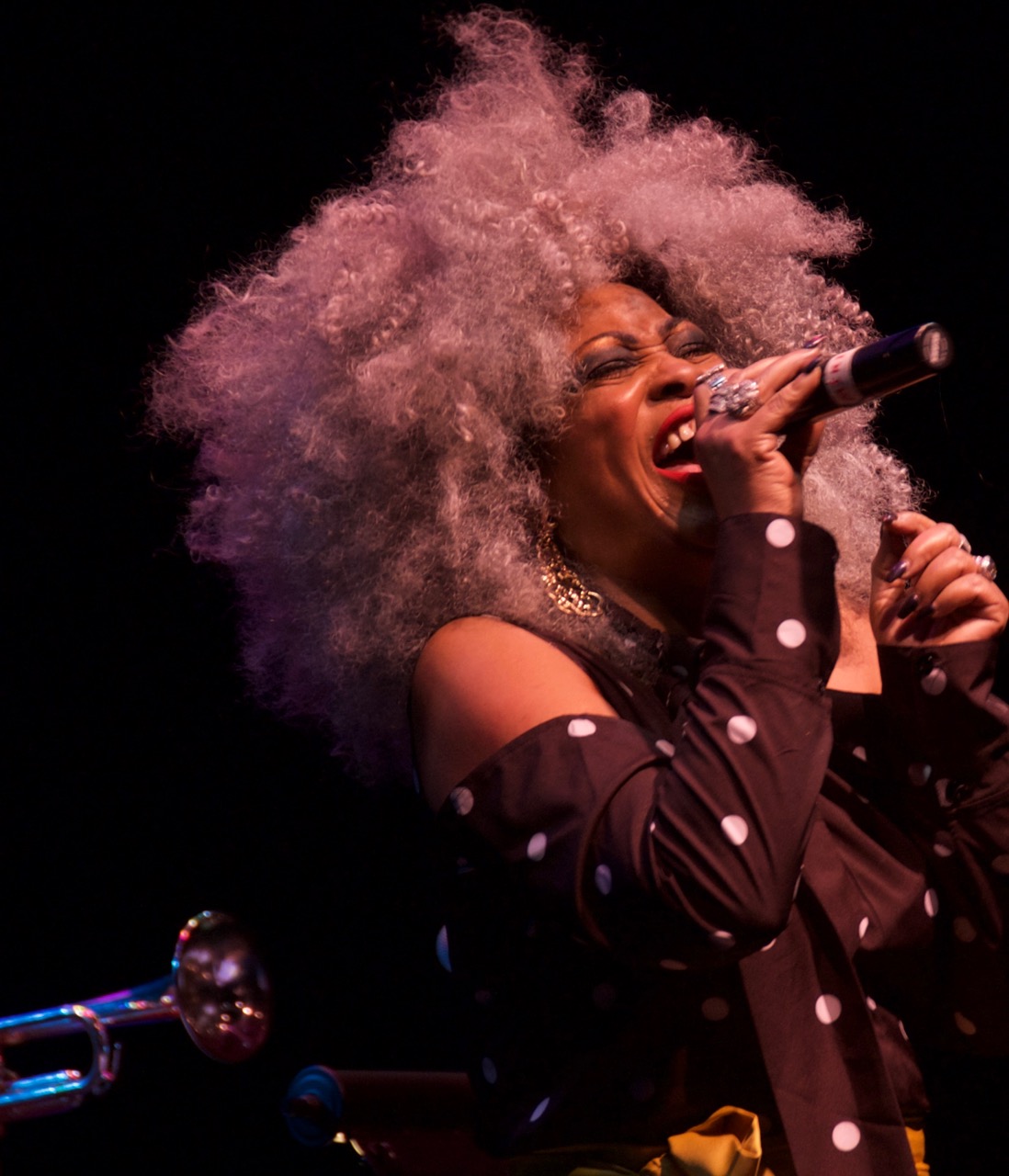 On Saturday evening, November 4th at Annenberg Theater, the Palm Springs Women’s Jazz Festival held a superlative concert entitled, “Jazz + Blues = Soul” that featured Grammy-nominated, Miki Howard, Kandace Springs and the Women In Jazz All-Stars.  For the next two hours, the audience experienced a brilliant kaleidoscope of female artistry that shined the spotlight on these talented, top-notch musicians. The flow of love and support onstage created a shimmering wave of unity that could be heard throughout the musicians’ performances. 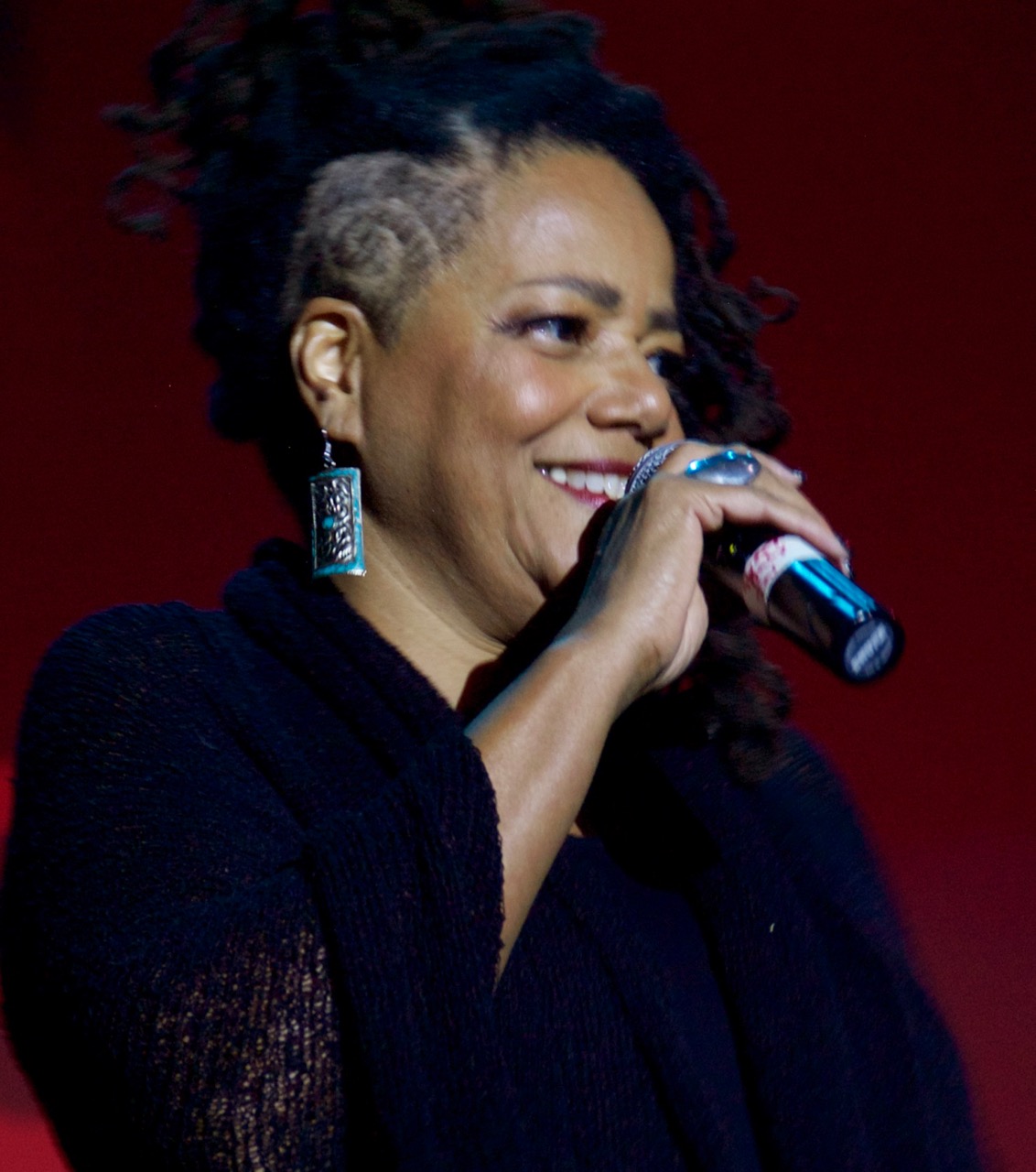 “Women don’t get their just dues.  There are a lot of talented women composers, arrangers, singers, and instrumentalists. At the Palm Springs Women’s Jazz Festival, we showcase these brilliant artists,” Sweet Baby J’ai commented to The Hollywood 360. 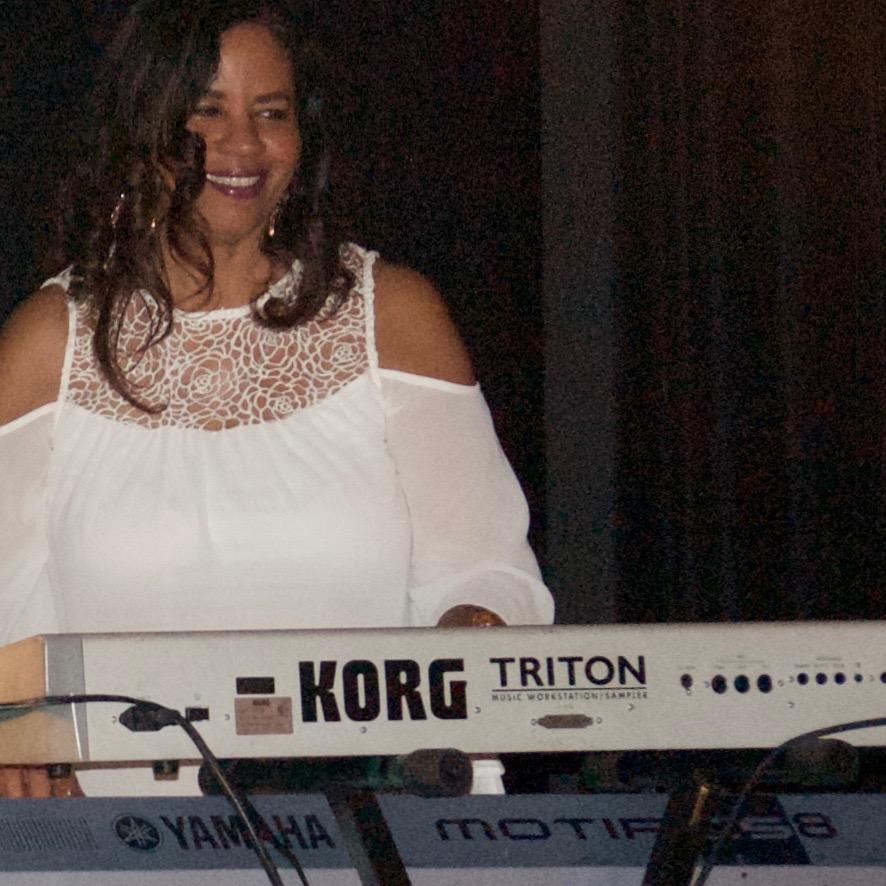 The evening was kicked off by the Women in Jazz All-Stars playing “Brazilian Love Affair” which was directed by Gail Jhonson, Musical Director for the night’s concert.  Sweet Baby J’ai made a grand entrance onstage with her washboard wrapped around her neck scraping the instrument with lightning-fast chops.  Each All-Star displayed their mastery on their respective instruments, Anne King, trumpet, Nadira Kimberly, violin, Robin Bramlett, bass, Dee Simone, drums, and Gail Jhonson, keys and keytar. 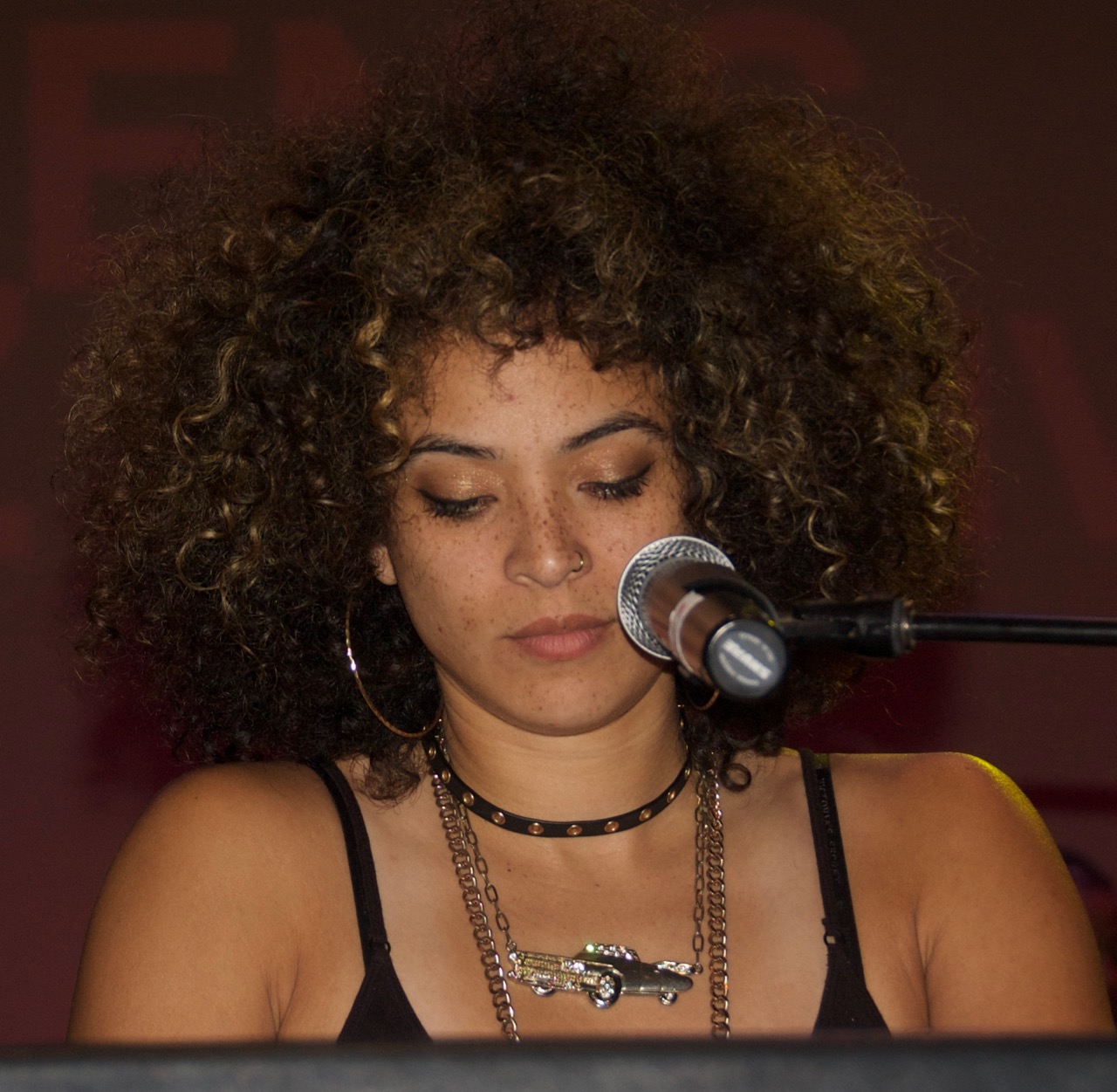 Sweet Baby J’ai then introduced Kandace Springs.  “All of you out there will be chanting, I love Kandace Springs after you hear her play.  She has a luscious voice.”   Kandace Springs hails from Nashville.  She has performed with Prince and Gregory Porter and appeared on the late-night shows of Jimmy Fallon and Jimmy Kimmel.  The young woman popped out from the curtains wearing a short, fitted black dress ornamented with necklaces.  Her gorgeous lush curls created a halo of hair around a beautifully sculpted face. Kandace exuded confidence which at once was light-hearted and at once deeply serious. 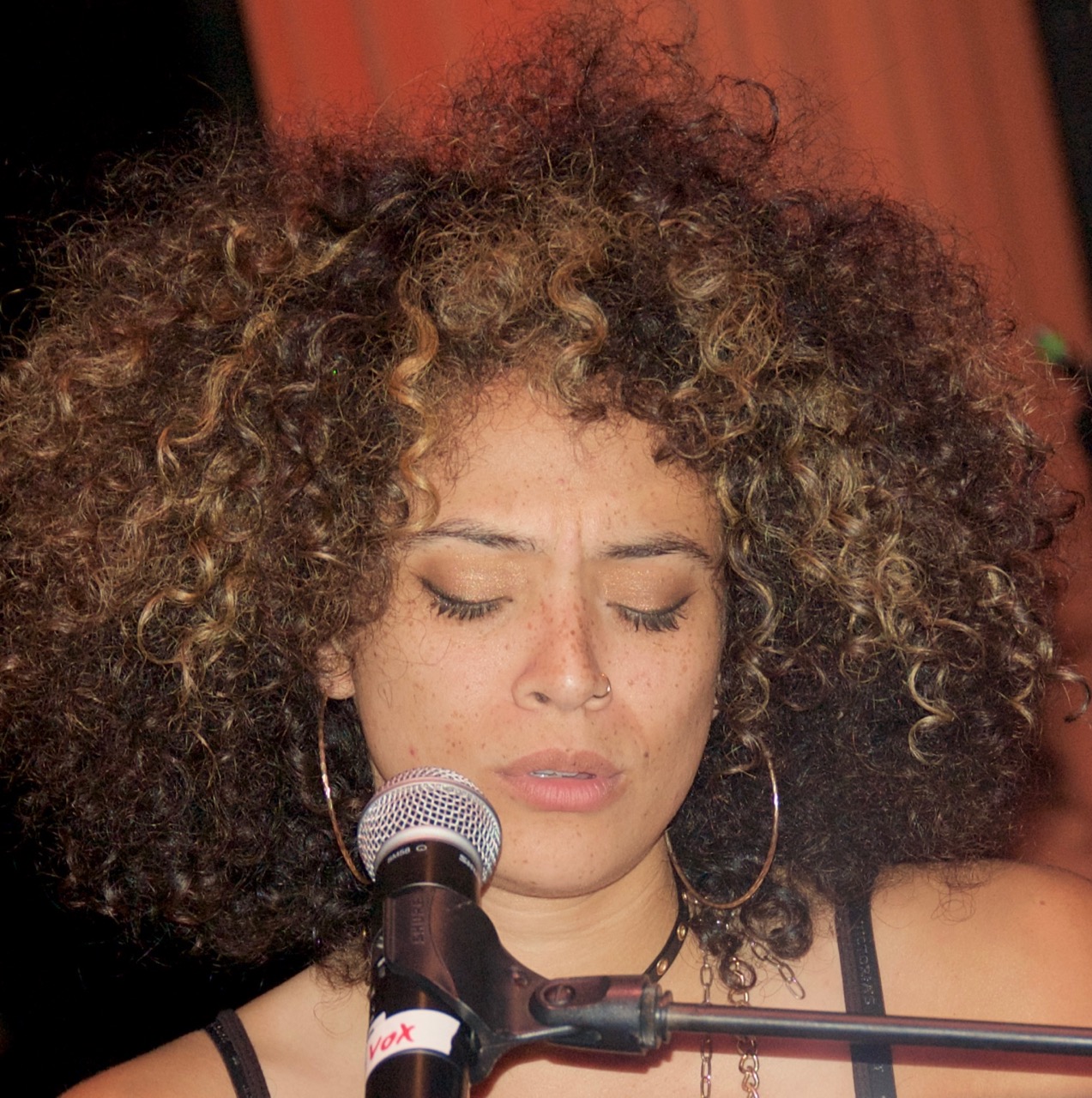 Beginning on the electric Fender Rhodes we heard, “Thought It Would Be Easier” sung in a rich and silky voice infused with fluid scatting.  Anne King added a mellow floating trumpet solo which punctuated the mood.  When Kandace went over to the acoustic piano, she pounded the keys with fast flying hands and classical improvisational technique resounding in some Oscar Peterson- like chops.  Her vocals resounded solidly as she ran skillfully up the stairs of the musical register,  sweeping the auditorium in a textured bluesy sound. On “Novocaine Heart” the All-Star band walloped the crowd beginning with an upbeat tempo by the bass and drums then the trumpet raised the song up with crisp colors.  Kandace Springs released killer scatting, hitting supersonic falsetto notes.  The song opened up to a clobbering drum solo by Dee Simone as she built sophisticated rhythms in a swirling manner, followed by Robin Bramlett’s raucous bass solo.  Potent.The last two songs were covers … “The World Is a Ghetto” and “The First Time.”  Kandace Springs handled both tunes with finesse showing off her natural, earthy vocals and superb improvisational skills on the piano.  Be on the lookout for Kandace’s CD release, Indigo on March 23rd, 2018. 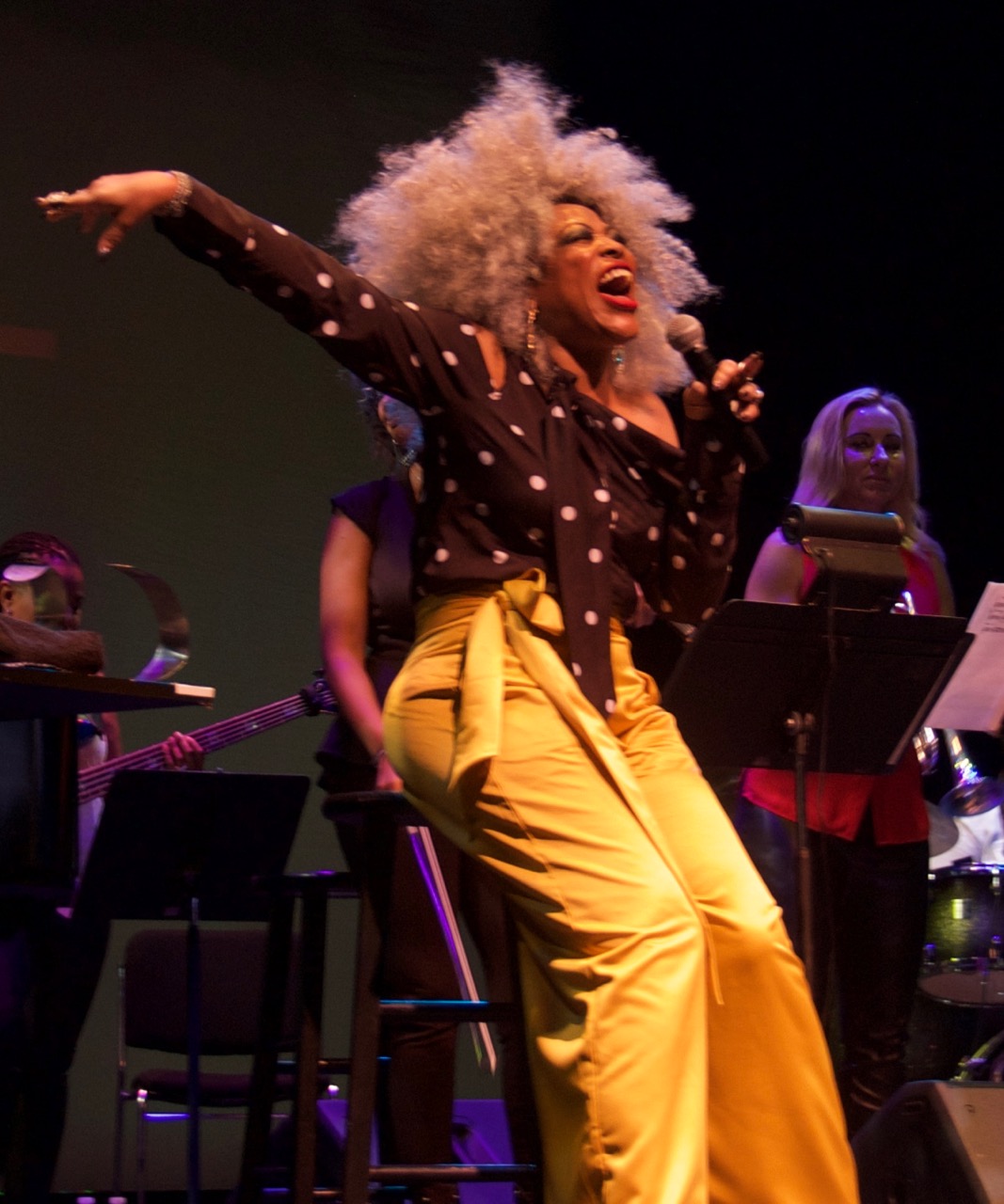 After intermission Grammy-nominated, multi-platinum recording artist Miki Howard took over the stage in a grand manner.  Every creative molecule of her wild, uninhibited soul vibrated passionately from her astronomical vocals to the explosive Medea Hair to her costume of a black silk/ white polka dotted shirt topping canary yellow satiny pants to the white feathery slippers on her feet.  Miki Howard’s entire package of how she punched out each song was a lesson in how to tell a story that pulls on your heartstrings, rips your inners out, or fills up your being with the rawness and supreme pleasure of being in love.

Miki moved easily between singing classic R&B songs such as her hit medley of “Till You Come Back to Me, “Baby Be Mine” “Come Share My Love” … as the All-Star band provided their funk-filled playing and the backup singers popped harmonies.  Then she announced, “I’m a Jazz Singer,” as she took her place on a stool.  It was time to reign supreme in that genre now.  As soon as “Good Morning Heartache” poured out of her throat, an aura of sadness and hurt fractured the airwaves.  No holding back for this woman. 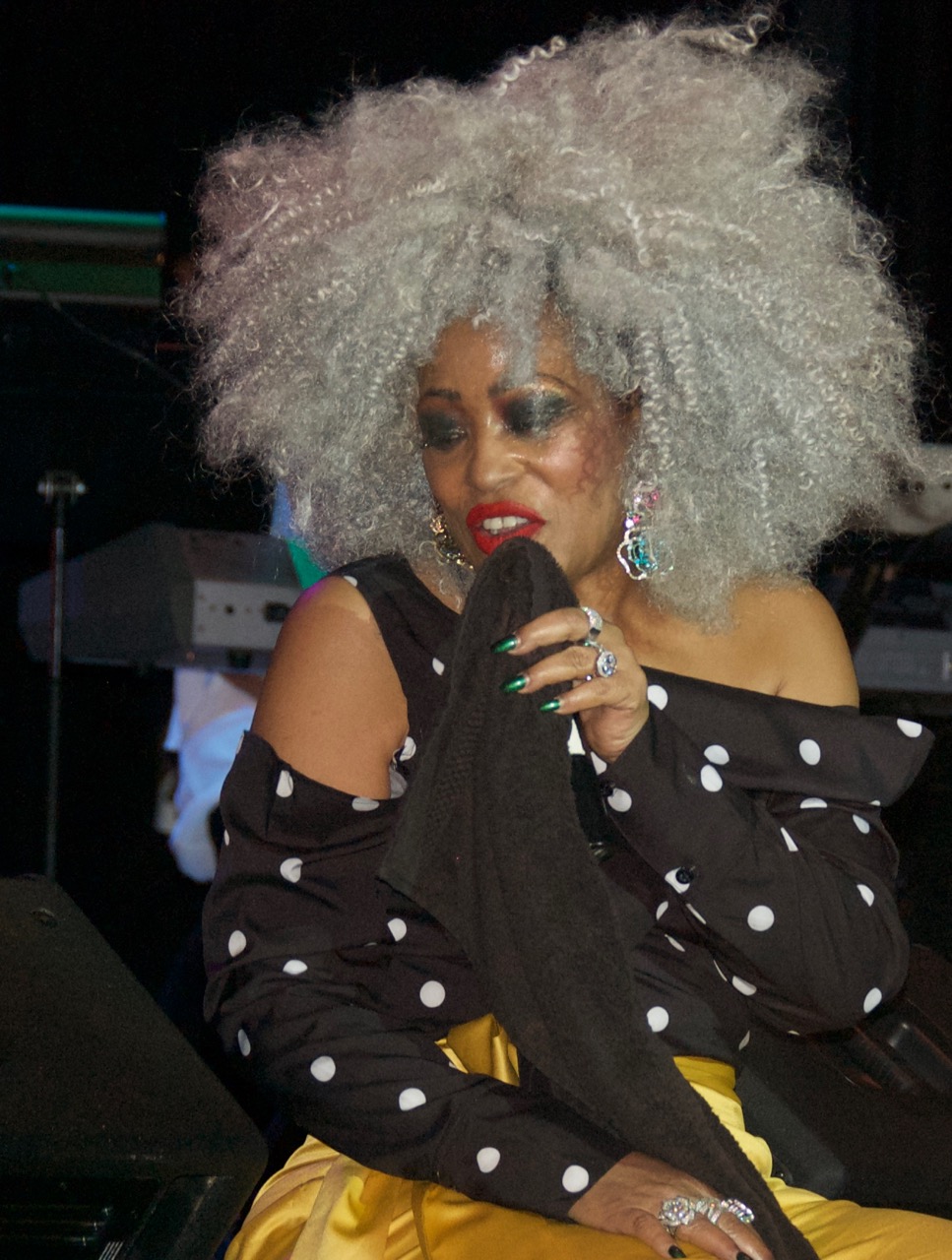 When Miki sang her hit song, “Love Under New Management” she had tore up the house by using her dramatic flair, sacrificial monster voice, storytelling nuances, causing the entire auditorium to reel with emotion. 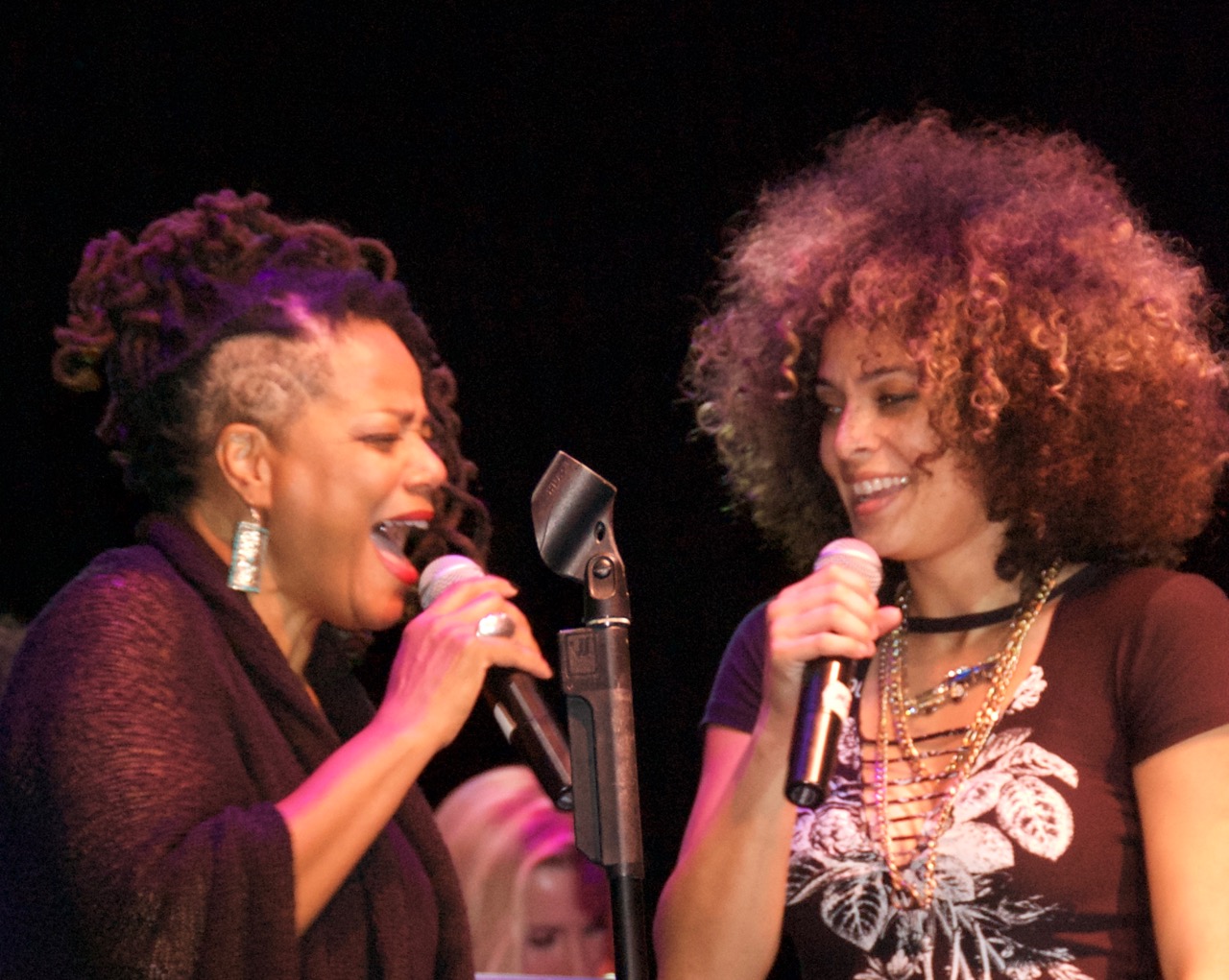 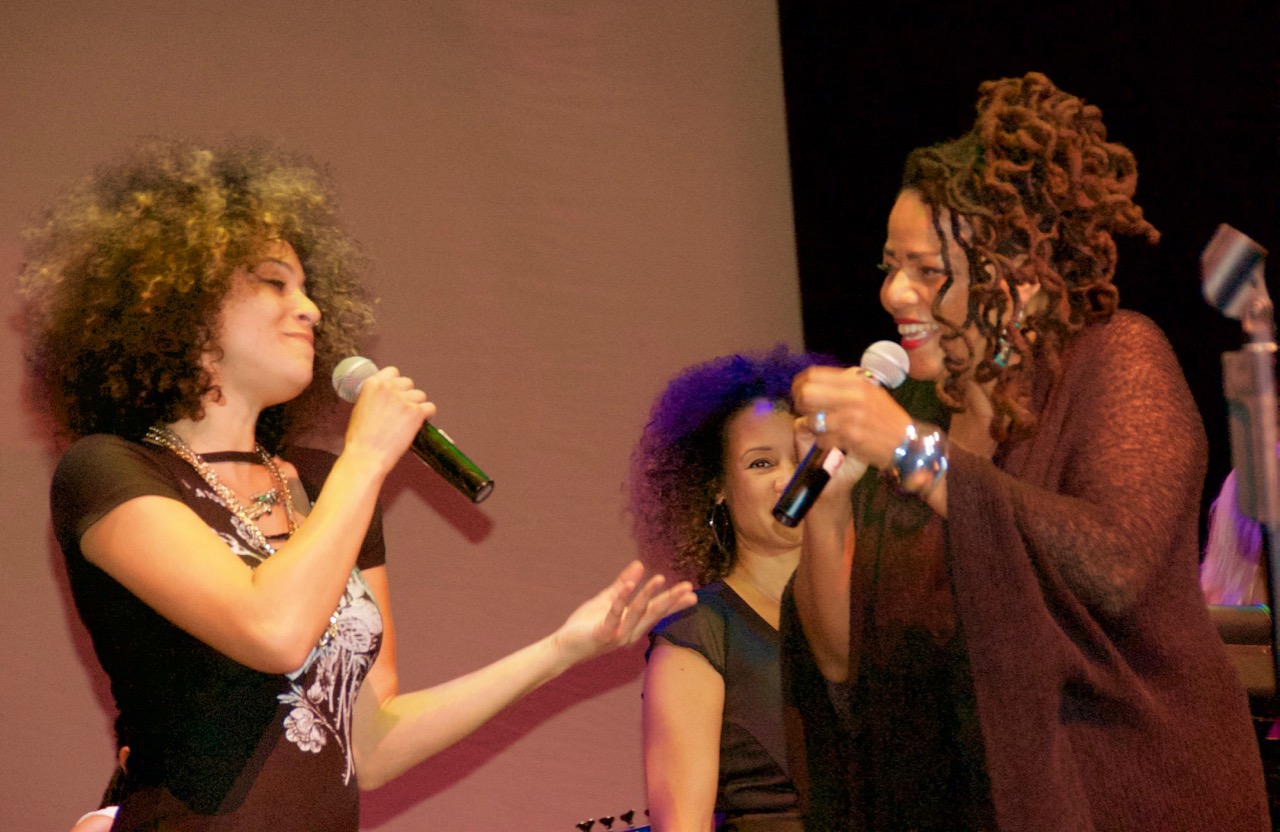 The grand finale brought together Sweet Baby J’ai and Kandace Springs trading scatting riffs with the superb Women In Jazz All-Stars’s band backing them up.  Then Miki Howard came back onstage and bellowed out “Misty.”  A perfect powerful ending to a night of music featuring talented women Artists radiating beauty, passion, and killer chops.

For more information regarding the Palm Springs Women’s Jazz Festival, 2017: