Dallas, Texas native , singer/ songwriter Boy Epic blends worlds of music and film. Early in his career, he chose to keep his name an age hidden from the public and focus on the work. In 2014, it took him only a few months to build a huge following,  with millions of views on youtube of  his covers of A Great Big World‘s “Say Something” and Christina Perri‘s “Human”. He later released his own original material with the debut project entitlted Skynova , followed by Who Is Parker Banks? and Tell Me Lies. He and frequent collaborator, producer Cut Down Trees, created new music which included tracks that were inspired by movies like 50 Shades of Grey and Suicide Squad. Hollywood Records took notice and in 2016, signed him. We had a chance to talk to him about his current projects including video’s “Trust” and “Wolf.”. 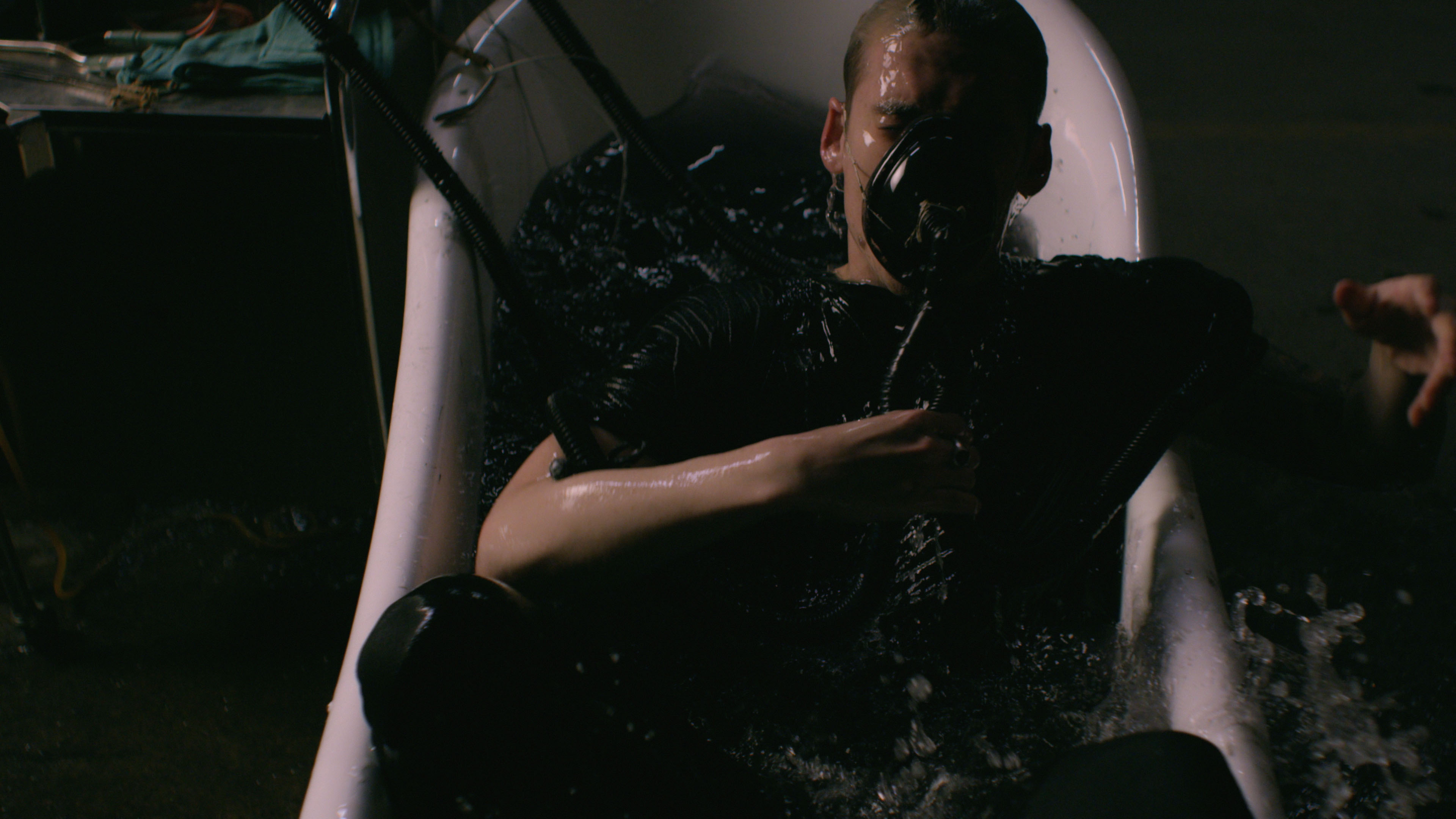 Tell us about the characters in the “Wolf” video and what is the storyline?

The story is a continuation of where “Trust” left off, so the characters are

the same.  It picks up in the aftermath of the girl’s decision to end her life

“Wolf” is part two in a series, correct? How is filming this video different

from the first, “Trust”?  Any clues as to what part 3 holds?

Yes, “Trust” had a lot of info in it. As a director and writer of these stories, I

proper story needs. With “Wolf,” I wanted to simplify and focus on one

solitary moment allowing the audience to focus more on what is

happening. Part three will conclude the story by focusing heavily on a

metaphor. You’re going to need imagination to understand it.

You are very involved in the making of your videos from acting to directing;

Being a director, actor, singer, editor and writer of these videos is a lot to

handle but honestly, I wouldn’t have it any other way. I must sound like a

control freak, but it’s important to me to keep my creative vision alive so I

never lose myself. When starting an idea for a video/story I always pull

from my dreams, life experiences, and scenes in the movies I watch. I also

enjoy collaborating with my other actors. Melissa Cordero, the girl in this

series, has been a delight to work with. She and I sat down together and

discovered the ins and outs of these characters into what you see.

Does it require an artist’s eye to direct?

other directors. I keep myself isolated for the most part. What I can say is

that based off my personal experience, directing requires a vision. One of

my favorite quotes is, “If it can be written or thought, it can be filmed.”

How do colors mirror the storyline in the video?

When I’m editing in post-production, color grading is my favorite part. It’s

color schemes. I’m a sucker for greens and blues as an over all pallet. I

love anything and everything dark, using heavy contrast and playing off

It’s rather simple since I’m involved in writing the story. I see everything in

my mind before we even start the filming process. When I show up on set,

I know exactly what I need to execute my vision. Having an experienced

off my directors hat and get into character.

What are you shooting on – does today’s director shoot on Hi-8, video, film

or digital?  What are the benefits to shooting on your chosen format?

with my post-production process. But, I am really looking forward to

working with film in the future.

What are the special effects you use in the video?

for me yet. But one day I’ll really get to do all the things I’ve been dying to

do. For now, I just play around in post using little editing effects. Not

having what I want at the moment has taught me how to be a better editor.

So I can’t really complain.

What is in the back of your mind while you are directing?

Time management. One of the most difficult hurdles of being on set and

making sure we get everything I need to tell the story is the hours in a day.

It’s crucial to get the perfect shot, but also being mindful of the time we

have to accomplish every scene in a day.