It’s time to start planning your fun holiday events.  What better way to do this than listening to the funk-filled jazzy music of Norman Brown’s Joyous Christmas Concert when it comes to town.  The featured guest artists in the band are the soulful crooner, Bobby Caldwell and the silky smooth saxophonist, Marion Meadows.  The other members are: Gail Jhonson, Musical Director/keys, Tony Moore, drums, Travis Milner, 2ndkeys, and Robert McDonald, bass.  The background vocalists are Norman Brown’s three gorgeous daughters: Rochella Brown, Keesha Janaan, and LaNika Fayah Tapii. 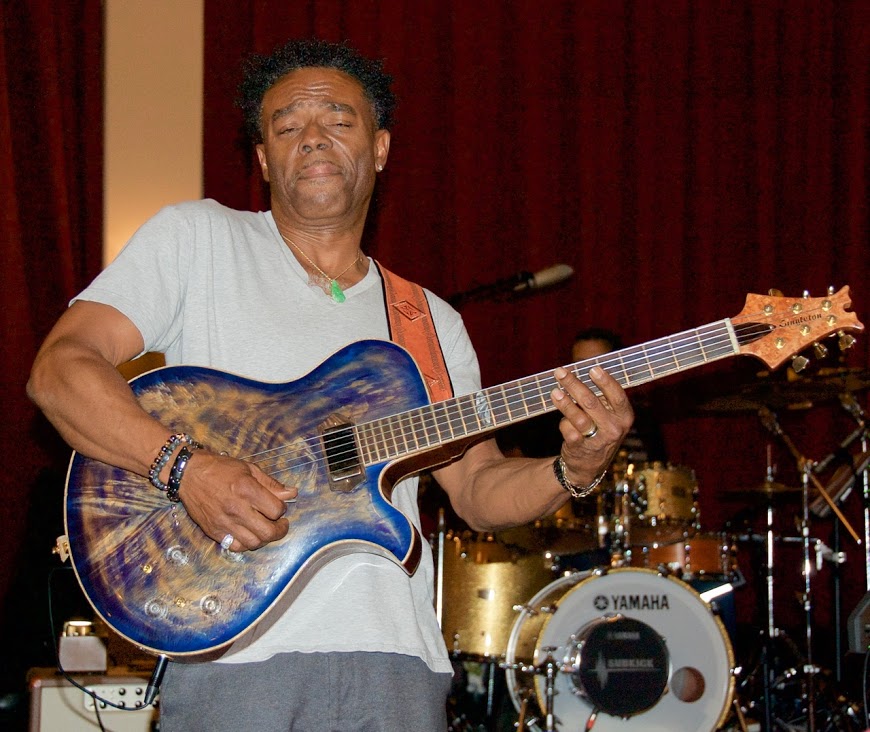 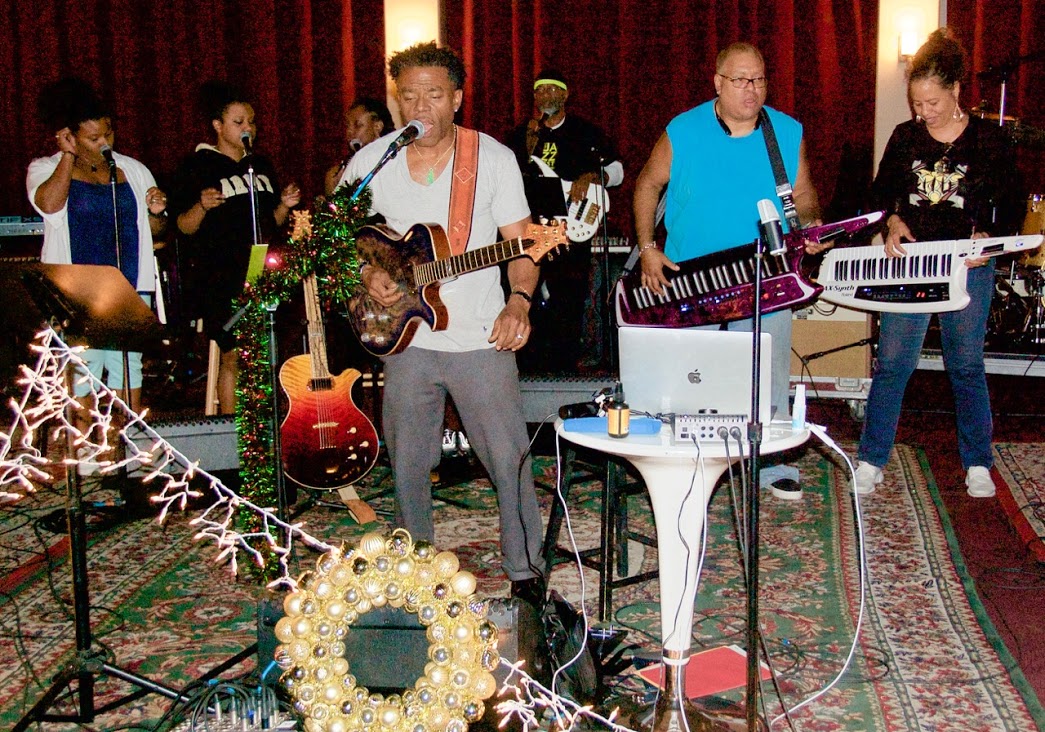 On November 22nd, Gail Jhonson, Musical Director of Norman Brown’s band invited me to their rehearsal at the Third Encore Studios. I had the opportunity to interview Norman Brown during a rehearsal break.

The Hollywood 360: Tell Everyone about your upcoming concert tour.

Norman Brown: I have a beautiful Christmas Tour that I call Norman Brown’s Joyous Christmas.  I invited  Bobby Caldwell with his smooth, silky vocals and Mr. Marion Meadows playing that smooth saxophone.  We have put together a beautiful show.  I have my lovely daughters as featured background vocals.  You are going to get your favorite holiday classics.  You are going to get them vocally and instrumentally.  And you’re going to get the hit songs that you love to hear us play. 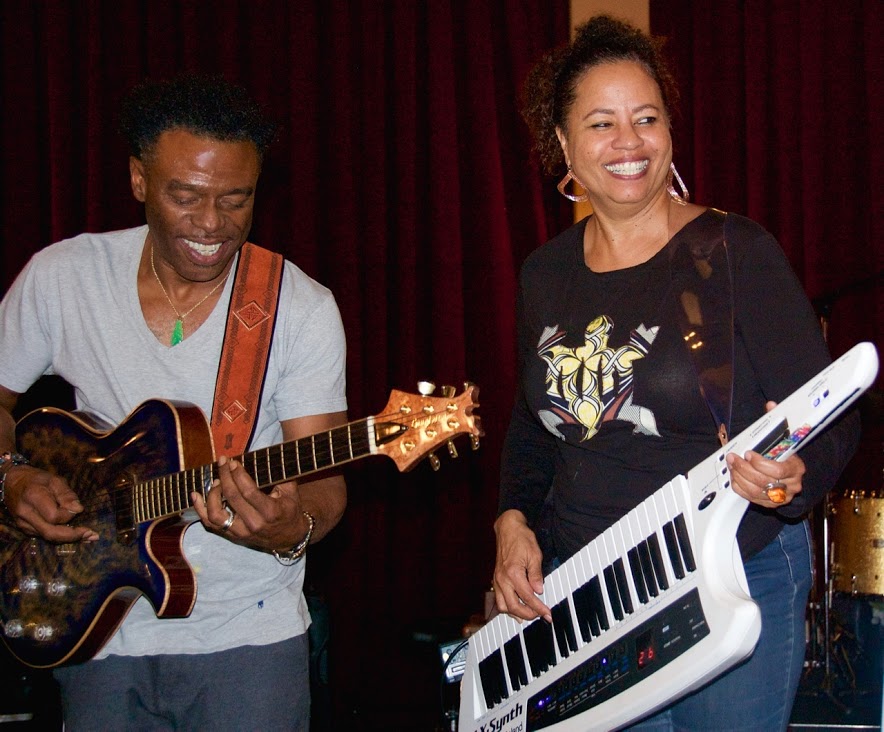 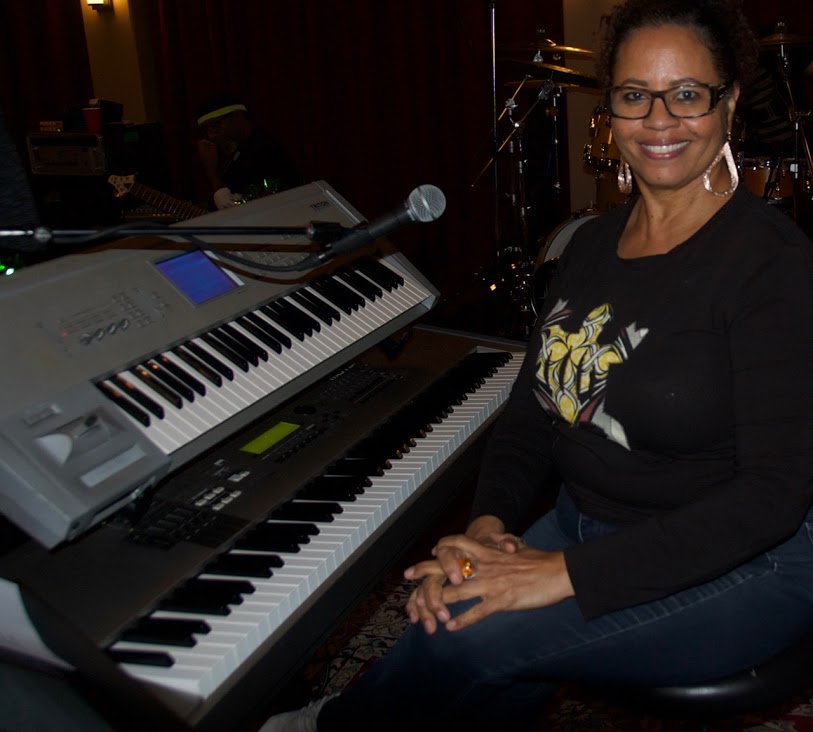 The Hollywood 360: I was listening to the music during rehearsal and the music sounded amazing.  You have Gail Jhonson as your Musical Director.

Norman Brown:  Gail and I have been together my entire career.  Gail was on my very first tour when I was on Motown Records and she has been with me ever since.  I am really proud of her because I’ve seen her grow so much.  She has become an Artist in her own right with being the leader of Jazz In Pink as well as her solo records.

The Hollywood 360: Every year people all over the United States look forward to these shows.  Could you please say some of the cities you will be in.

Norman Brown: We are mostly on the East Coast.  We have a New York debut.  We are in New Jersey, Pittsburgh, Maryland, Virginia, DC, Florida.  On the West Coast, we will be doing Yoshi’s up in San Francisco and the Jazz Alley in Seattle, Washington. 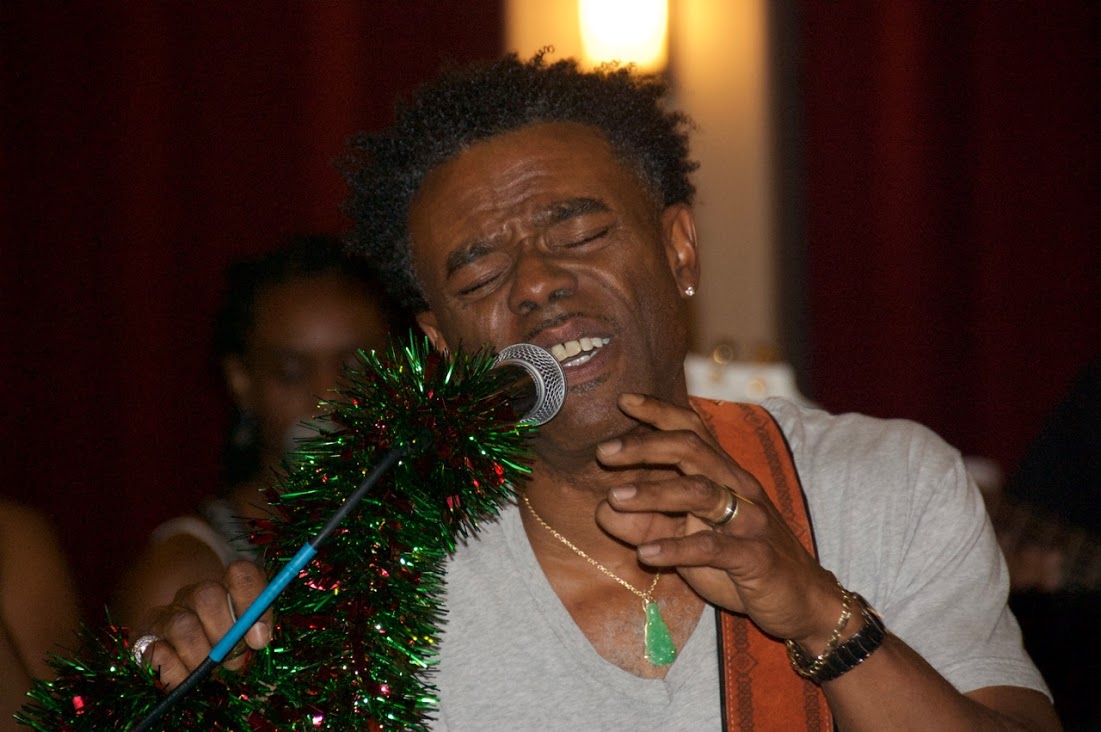 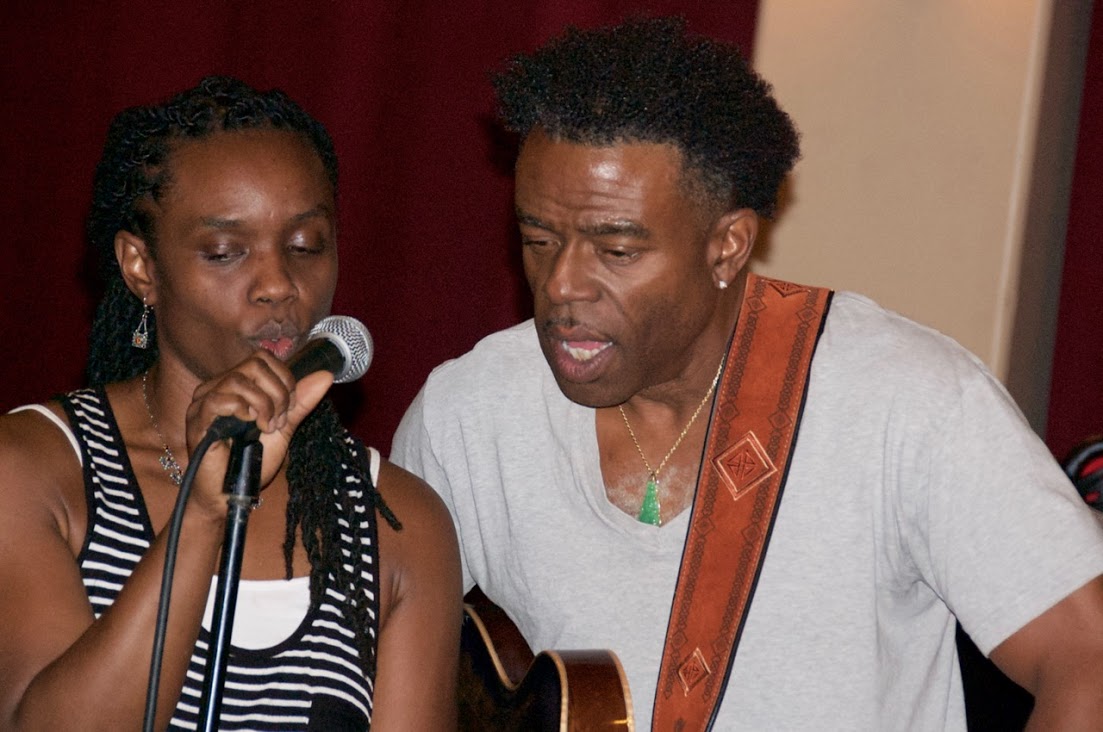 The Hollywood 360:  Talk about why this kind of show is so much fun and special at this time of year.

Norman Brown:  I think that it is the holiday spirit.  We all get a little more grateful, a little warmer and loving at this time of year.  Those songs stamp the deal.  You know how powerful music is. It will take you right to those beautiful moments that people enjoy.

The Hollywood 360:  You have been playing a long time.  How do you keep your performing really new and fresh?

Norman Brown: When I first started performing that thing we call fear …that energy inside you … I learned how to harness that, cultivate it, and direct it. I turned it into excitement and energy.  Now I don’t want to go onstage without that.

The Hollywood 360: It generates you.

Norman Brown:  It keeps me pumped up.  I tell you this … my audiences take a lot of time preparing to go to one of my concerts.  The women go and get their hair done, they are rearranging their lives to come and they spend their hard earn money.  They come down to the theater, they park their car, they walk up to the theater, they stand in line, then they stand in line to get their seats.  That’s a lot of energy buildup right there.  We’ve been doing our rehearsal for a week.  All our energy has been building up to and then we all come together at that time.  So the audience and my band sense all the energy that goes into the concert.  I like to take that energy and going back and forth … let it flow between the band and the audience. 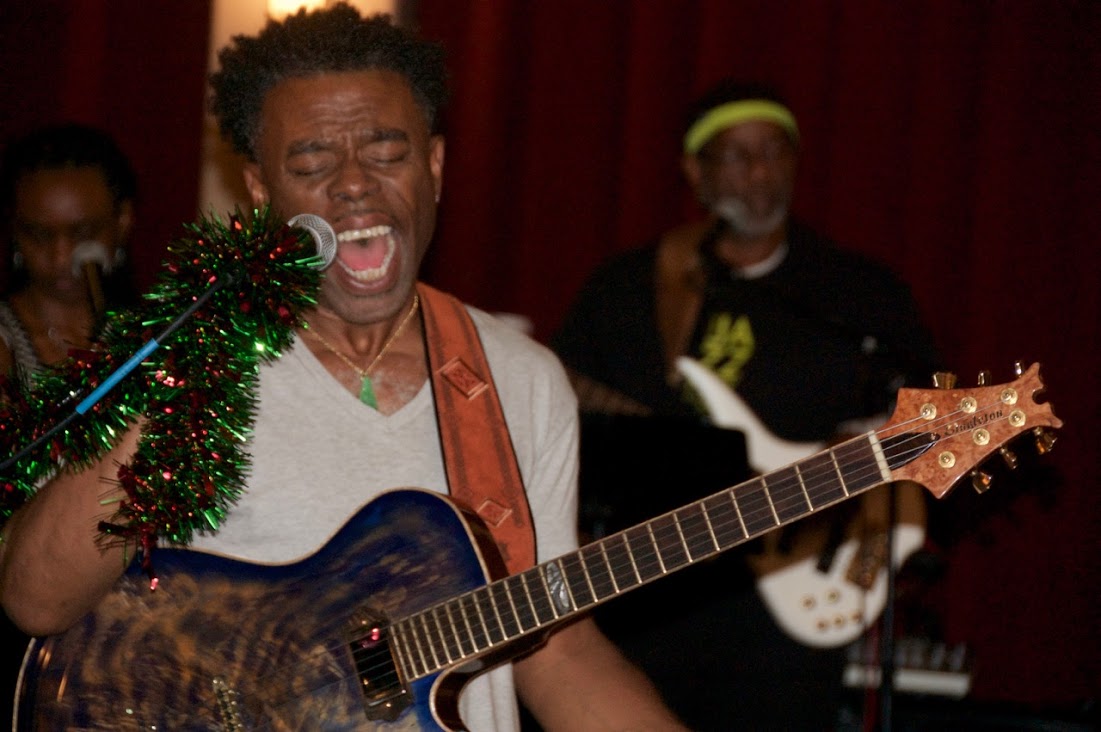 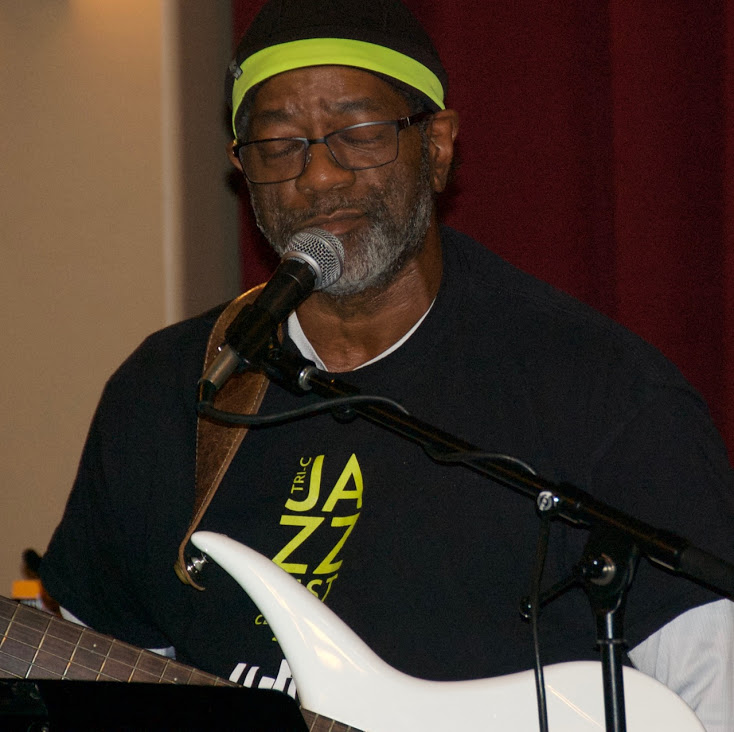 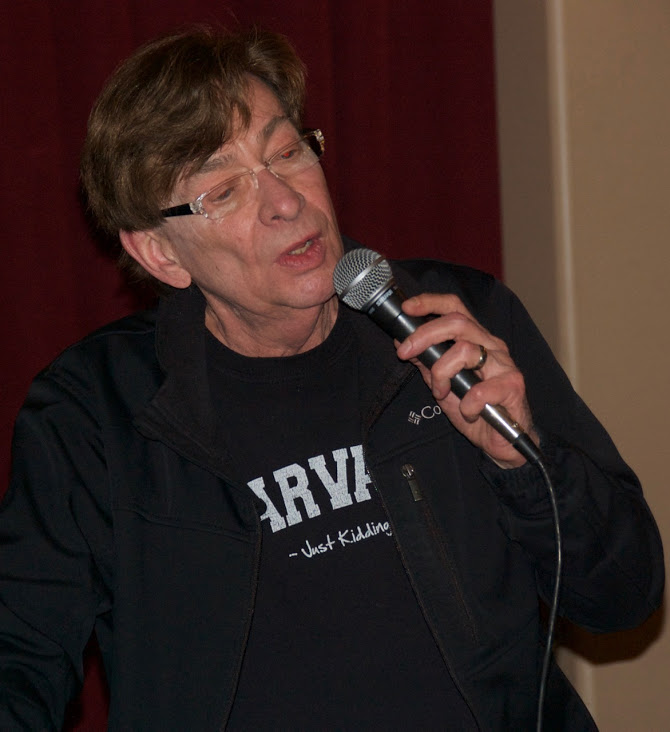 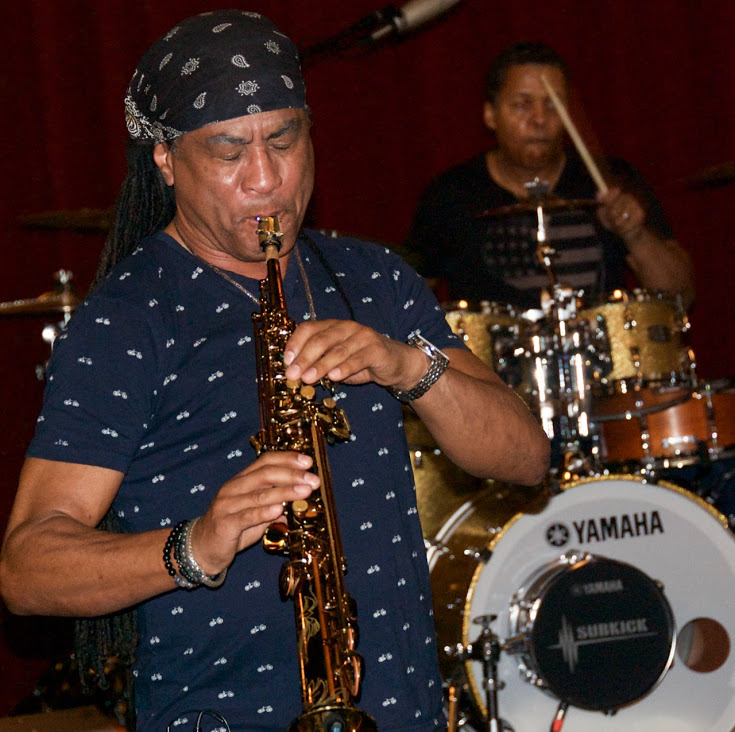 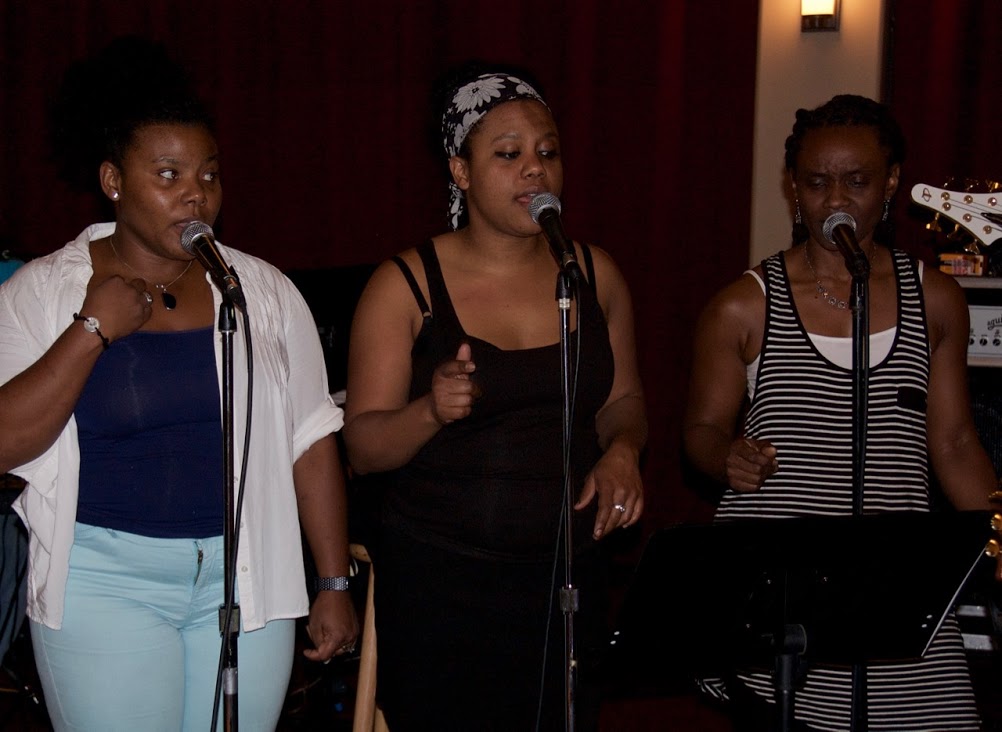 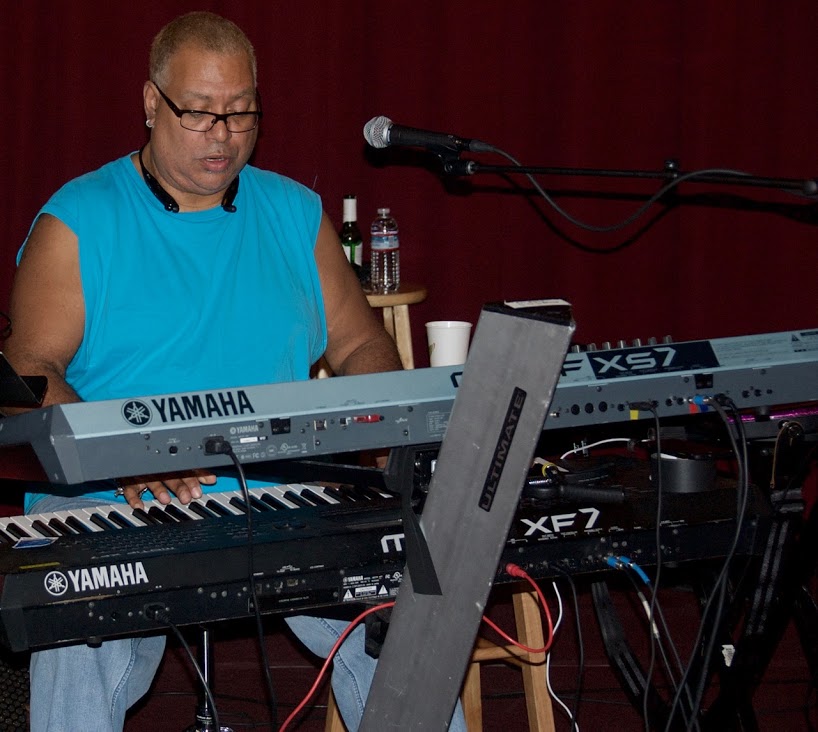 The Hollywood 360:  Just watching your band rehearse, I felt all that excitement.

Norman Brown:  That’s the power of music.  It takes you over.

The Hollywood 360:  You just put out a new CD in April.  Please talk about that.

Norman Brown: This is CD #12.  It’s my first solo CD in six years.  I was doing collaborations with BWB, and Gerald Albright and I did a CD together.  So it was time.  I built the concept around an idea my granddaughter gave me.  It’s called, “Let It Go.”  It’s about sacrificing the lesser for the greater then there is no sacrifice.  We end up sacrificing the greater for the lesser.  I open the Cd up with the artists such as Chante Moore, Marion Meadows, Rick Braun, Kirk Whalum, and Sounds of Blackness are singing on this record.  It’s a beautiful record and I am very proud of it.  I do a couple of remakes like, “Man in the Mirror” by Michael Jackson because that’s the theme.  You have to check yourself before you check anybody else.  Then I did, “O-o-h Child.”

Chante more and I do an R&B duet called “Holding You” which I sing in this bass voice down here and she sings way up high.

Norman spontaneously brought over the gentleman who designs and creates his guitars, Singleton Guitar works.

Norman Brown:  Singleton GuitarWorks even made me a red guitar for the show.

We ended the conversation by Norman Brown saying, “Everyone come and see Norman Brown’s Joyous Christmas starring Norman Brown, Bobby Caldwell, Marion Meadows.  Come and hang out with us.  A big thank you to all my fans who have shown me so much love over the years.  I will keep working hard for you.  I practice every day!  I will keep writing music that will celebrate your lives, celebrate your ups and comforts you through the bad times.  That’s what music does for you.  Happy Holidays.

For more information regarding Norman Brown go to: http://www.normanbrown.com/

Steel Panther at The Roxy