I ran into my friends who I’ve had the opportunity to cover in The Hollywood 360 either in a feature story or a review of a concert performance. Here are more interviews from NAMM 2017. 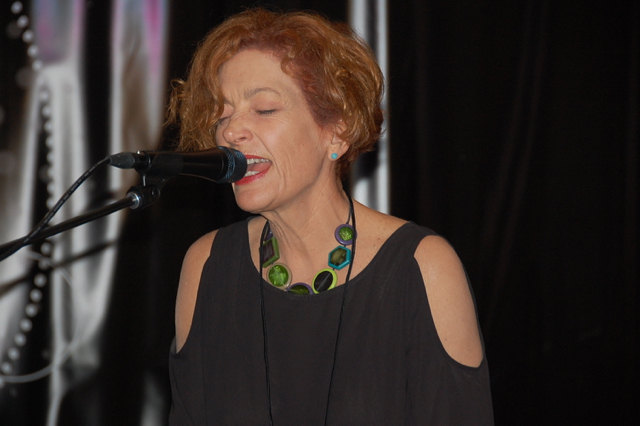 Kiki Ebsen oozes talent from every pore of her body.  Her vocal and songwriting talent range are quite versatile, whether she is jazz scatting, rolling out a lush jazz standard or ballad, or mixing it up with some Joni Mitchell tunes.  I’ve seen Kiki Ebsen perform many times and I always marvel at the lovely tone of her voice.  Recently, Kiki performed The Joni Mitchell Project at the E Spot and To Dad with Love: A Tribute to Buddy Ebsen at the Catalina Bar and Grill.  On Saturday, January 28th, she is doing a private birthday concert at a friend’s home.

The Hollywood 360: Talk about your performance here at NAMM this afternoon on the Marriot stage.

Kiki Ebsen:   It’s nice to be here.  I love the Marriot stage. This was a songwriter round set up like Nashville style.  Basically when you to to Nashville and go to these clubs, they get four or five songwriters and just go around in a circle.  I didn’t know any of these musicians today and it was fun.  I didn’t know what I was going to hear and I didn’t know what I was going to play.  I hear the song before me, and then I pulled from my repertoire that might go with the flow. 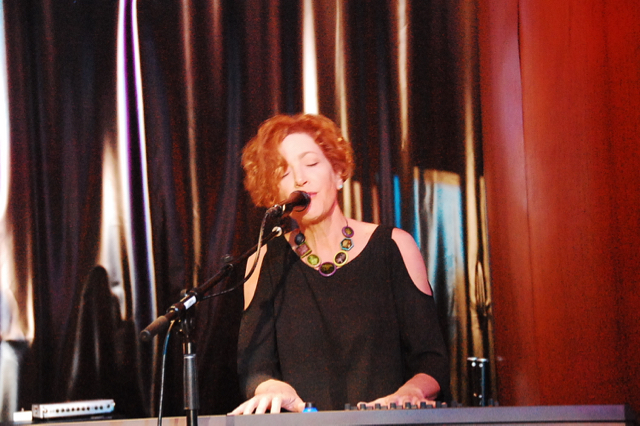 Kiki Ebsen:  Tim Moyer, the first songwriter had booked the stage and asked me if I wanted to participate in a songwriter round.  I agreed because it gave me a chance to play my original stuff.

The Hollywood 360:  Who at NAMM endorses you?

Kiki Ebsen:  I am endorsed by Yamaha and Sennheiser Microphones.  In fact at the Laguna Festival of the Arts, Yamaha recorded my concert on the Yamaha keyboard and that concert is on part of the user stream.  So it plays back some of my keyboard parts on the piano.

On Saturday, January 28th, The Hollywood 360 will be attending Kiki Ebsen’s Birthday Concert.  It promises to be another fabulous performance. 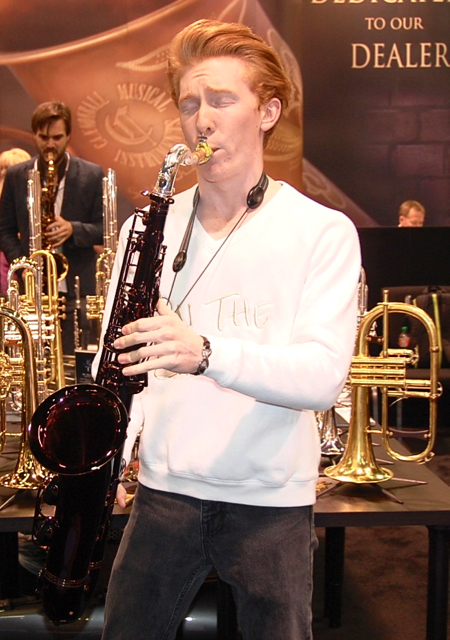 I first met Chase Huna at the Newport Beach Jazz Festival in 2015.  He was 15 years old and jamming on the sax like a veteran player. Here’s what I wrote about Chase Huna in my article: The youngest artist performing during the weekend was 15- year old sax player Chase Huna with his veteran band of Jay Gore, guitar, Tony Moore, drums, Darryl Williams, bass and Rymand Entezaril, keyboards.  Chase’s wild and frenzied sax playing matched his blazing red hair styled in an old fashioned pompadour as he looked like a throwback to the 1950’s rock star Bill Haley (and the Comets).  Amazingly, Bill Haley left home at 15 with his guitar in hand to seek his fame and fortune and Chase echoes the same passion. “I want to do this for the rest of my life. I’ve been listening to jazz since I was 2 years old.  You need to start early if you want to become famous in this industry.”  The band tore up the stage with their funky groove…lightning fast sax playing from Chase, driving thumb bouncing bass from Darryl Williams, deft rhythmic drumming from Tony Moore, electrified hyper picking guitar playing from Jay Gore and lashing licks flying fingers over the keyboards from Raymond Entezaril.  He seems to be the equation of a hip, talented and crazy good up-coming Smooth Jazz artist.

Chase’s passion for playing has just increased.  Over these last two years, he has played with so many celebrated contemporary jazz artists.  He is endorsed by Cannonball Instruments. The latest news…Chase will be releasing his first CD, “On the Chase” produced by veteran musician/composer, Steve Oliver.

The Hollywood 360: Tell us about your CD that you will be soon releasing.

The Hollywood 360:  What is that song called?

The Hollywood 360:  How many songs are there on the CD?

Chase Huna:  There are 10 original songs.

The Hollywood 360:  What was your vision for this CD?

Chase Huna: I always loved jazz music since I was two years old.  When I saw someone playing the sax, I thought to myself that playing the sax would be really cool one day.  Now that’s what I do  I grew up watching Dave Koz, Dave Sanborn, Euge Groove, Richard Elliot.  I saw that they put out Cd’s and played at jazz festivals all over the country and the world…and I thought to myself, I want to be just like them.  So that’s what I strive to be. 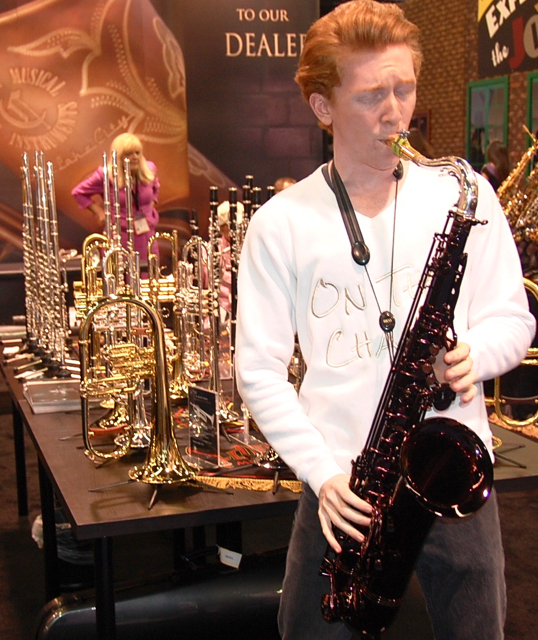 The Hollywood 360: You’re in your last year of high school.  So when you graduate, is it just music for you?

Chase Huna: Yes!  Just music. My brand new Cd is out and it is projected to do really well.  It got “most added” on billboard the first week.

The Hollywood 360: Talk about one song off your new CD.

Chase Huna:  “Up Front and Moving.”  It has more of a pop feel and R&B in it.  We wanted an upbeat and contemporary sound and have fun with the songs.  I hope everyone enjoys my new CD.  If people want to purchase “On the Chase.”  People can pick the CD up at my live shows or get it on Amazon, and iTunes.

Be on the lookout for all these musicians in future concerts and with upcoming CD Releases.

All photos by Sheryl Aronson