The Art Attack Foundation, a Performing Arts Scholarship Organization in association with #DancinDan Productions presented the Grand Dame of Music, Melissa Manchester, on Friday, September 22nd at the James R Armstrong Theatre in Torrence. This was Melissa Manchester’s CD Release Party for her 21st album, “The Fellas” in which she honored her most beloved male crooners such as Nat King Cole, Johnny Mathis, Frank Sinatra, Mel Torme’, and Dean Martin.

Melissa told me in a previous interview why she chose these particular songs for “The Fellas” album. “This group of songs is from the Golden Age of the American Song Book. Here you will find the construction of melody when songs were melody driven, which enables lyrics to have long developed ideas and allowed singers to sing long expressive thoughts. I think this created a platinum standard to express oneself in a 3 ½ minute world.”With “The Fellas” Ms. Manchester feels that she has completed a journey that began more than a quarter-century ago with her album, “Tribute” (honoring the female singers she admired) and at the same time, she has now created a titillating new chapter in her musical career for herself and her multitude of fans. Tonight, accompanied by the masterful backup of the 40-piece Blue Note Orchestra, a collection of students, alumni, and faculty from Citrus College under the leadership of Robert Slack, the Dean of Visual and Performing Arts, the audience was treated to a night of sublime music. Melissa Manchester’s “The Fellas” had all the trappings of a palatial Broadway Show, as the Blue Note Orchestra unfolded the overture of Manchester’s finest hit songs. The bountiful sound of horns, strings, which included a harp, acoustic piano, and drums suffused the auditorium, creating the anticipatory moment Melissa Manchester would hit the stage. 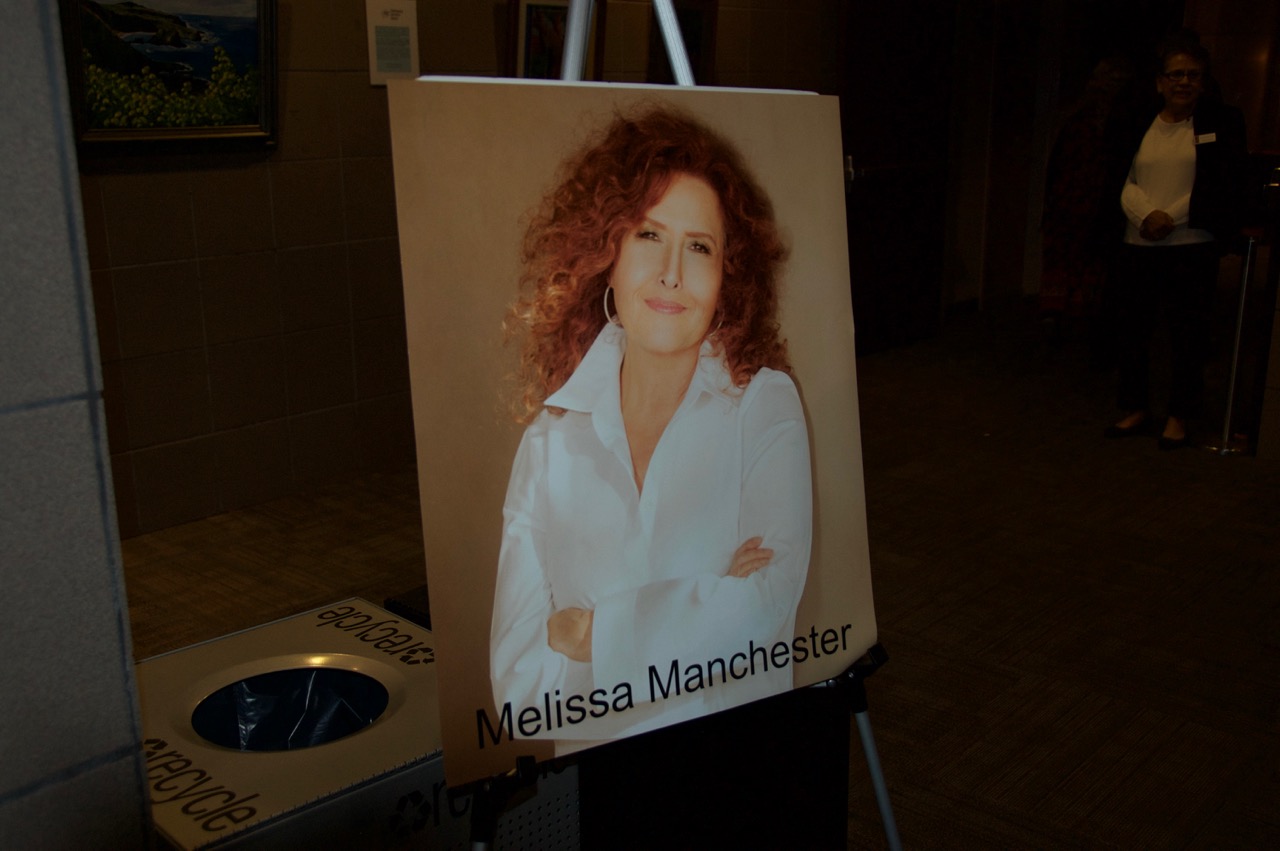 When she stepped out in a shimmering black top and sparkling black matching pants, belting out the first hit song from “The Fellas” CD, “Ain’t That a Kick in the Head,” the mood was set for a dazzling and bewitching time.  The orchestra then melted into the dreamy, romantic tune, “Chances Are” that was arranged by producer/composer/musician Terry Wollman.  Here, Wollman incorporated a mix of Brazilian rhythm to spice up the background sound.  Terry Wollman told The Hollywood 360, “Melissa and I reimagined the song and put a whole new spin on it. We turned it into a Basa Nova.  We slowed it down.   Put a 60’s Brazilian feel to it with strings, woodwinds, percussion and nylon guitar.  My goal was come up with a new definitive version of a classic. “ 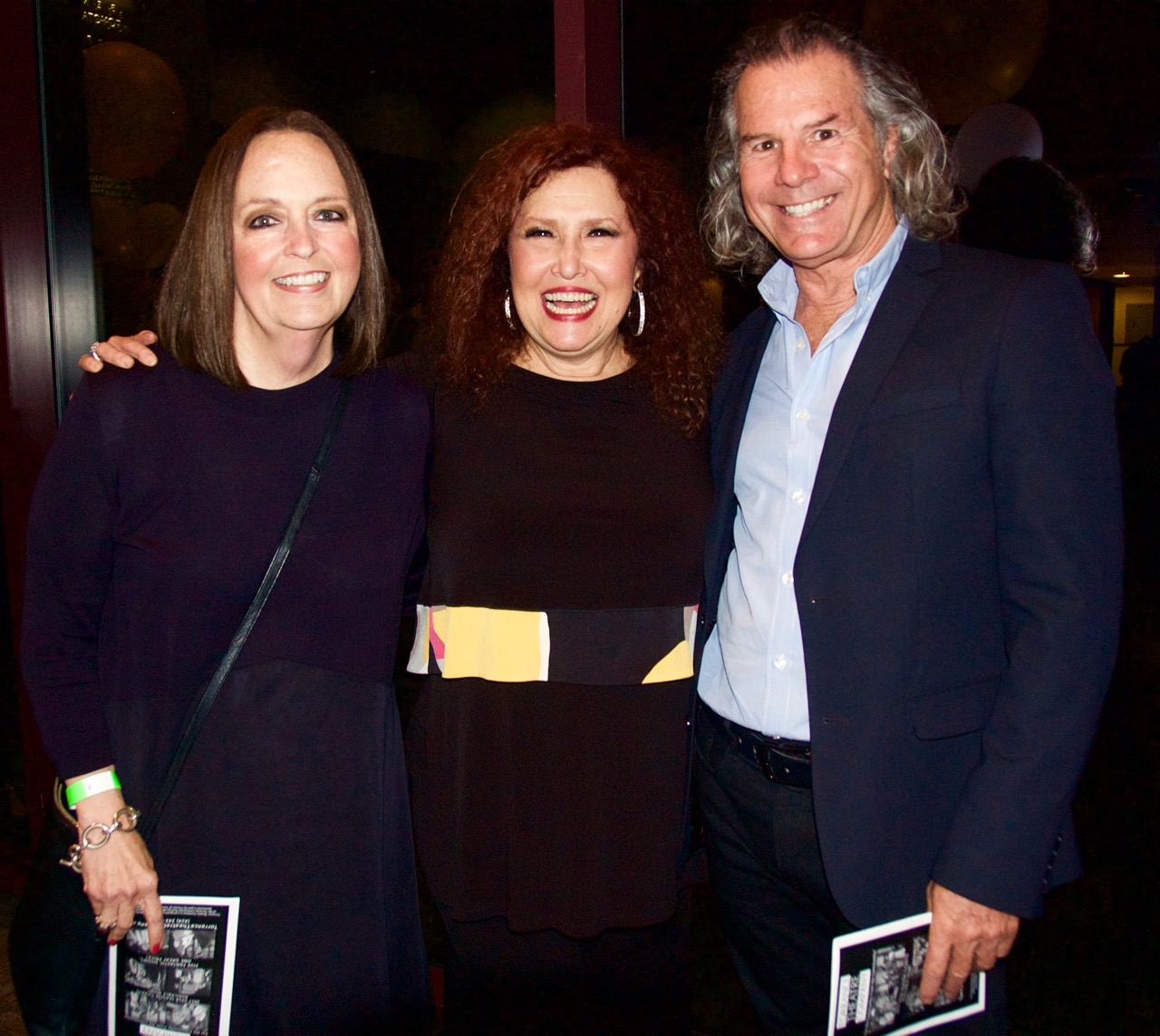 The audience was then treated to “Through the Eyes of Love” which was an Academy Award and Golden Globe-nominated song from the soundtrack of the film,Ice Castles.  Melissa quipped, “Marvin Hamlisch liked to remind me that we didn’t win the Academy Award…” but Manchester’s potent and deeply rooted delivery of telling a story as she performed, answered the call again as to why “Through the Eyes of Love” was an award nominated piece.  The brush of harp strings then introduced “They Tell Me It’s Wonderful.” Melissa told us she wanted to honor the jazz vocalist Johnny Hartman who recorded the song with John Coltrane.  The sax solo here fluttered with the perfect melancholy inflection while Melissa Manchester lifted her vocals up to a rich climatic ending. 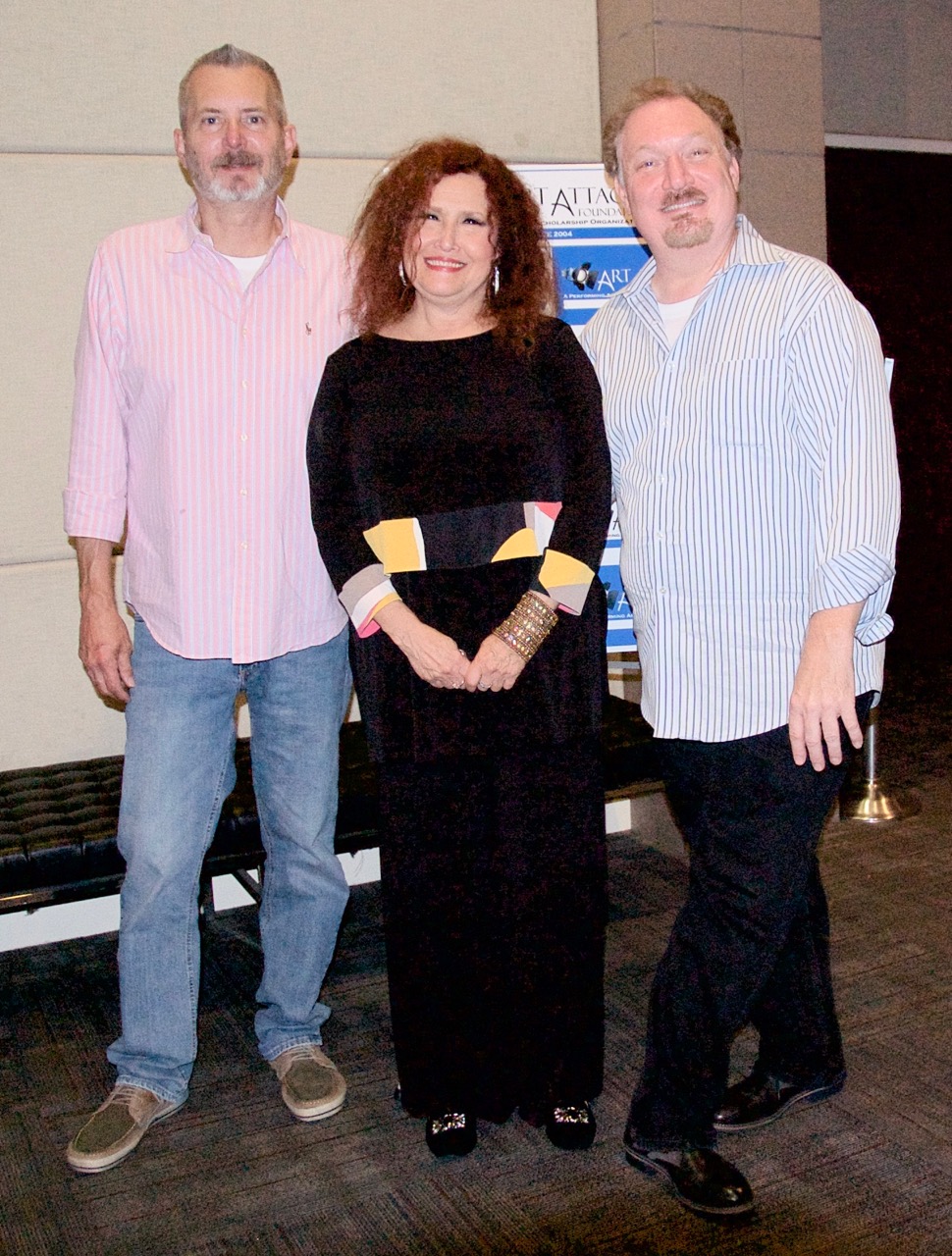 In her first collaboration with Carole Bayer Sager, Melissa wrote the hit tune,Midnight Blue.  Before she performed that song, Melissa told us how the two women were shopping the song around for a vocalist and submitted it to Producer, Vini Poncia in hopes of having Dionne Warwick sing it. Instead, the Producer told Melissa he liked the way she sounded and wanted to do the recording with her. The rest is history.  On the version we heard this evening, Susan Holder sang backup vocals.  Melissa took the chorus, “I think we can make it” and vamped her vocals with the orchestra’s improvisational backing.  By doing this, she turned the ending into a delightful romp.

One of my all-time favorite jazz standards is “Night and Day.”  The pulse of the piano laid the foundation for Melissa to begin then he ran jazzy riffs that led her and the big band orchestra exploding into the larger embrace of horns and strings. Expertly piloting the popular tune to completion, Manchester and the orchestra let loose a waterfall of lush sound. 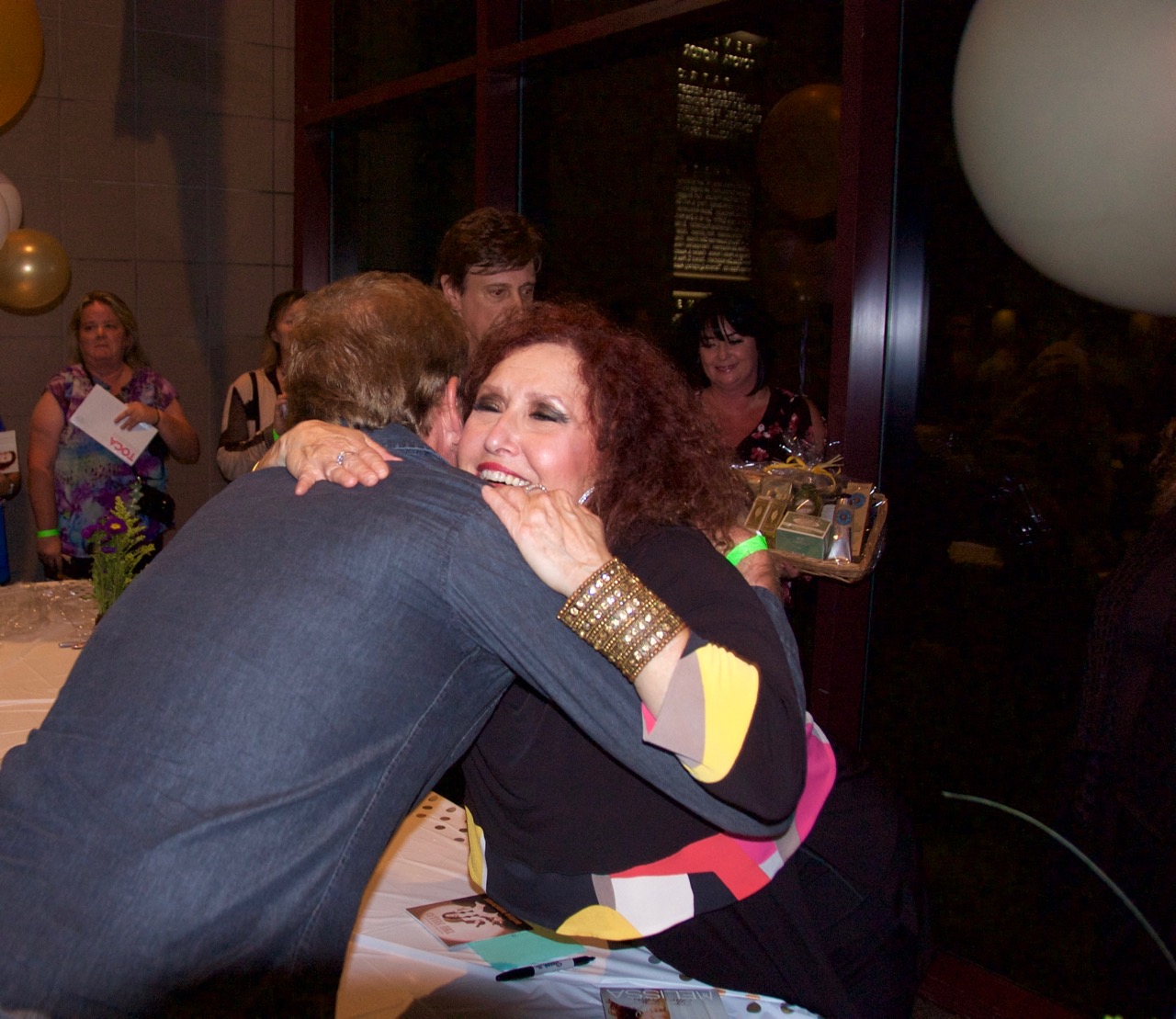 Using three backup singers ( Susan Holder and two female students at Citrus College) for “Gypsy In My Soul,” Melissa Manchester spiced up the program with a little Doo Wop scatting.  We also heard her scatting skills on “Lady Be Good” and “Love Is Just Around The Corner.”

Breaking up the jazz standards with the hit song Melissa wrote for her buddy, Kenny Loggins, “Whenever I Call You Friend” the audience got to see this versatile musician rock out on the keyboards while singing a duet with the pianist.  The program was soon heading toward a grand finale which ended with a video of Melissa Manchester’s theme song about the music industry, “You Gotta Love The Life.”  The juxtaposition of hearing the Grand Dame of Music wallop the crowd with her deep and supple voice while watching Melissa’s 45+ years career whiz by in the video, punctuated the extensive catalog of her success. 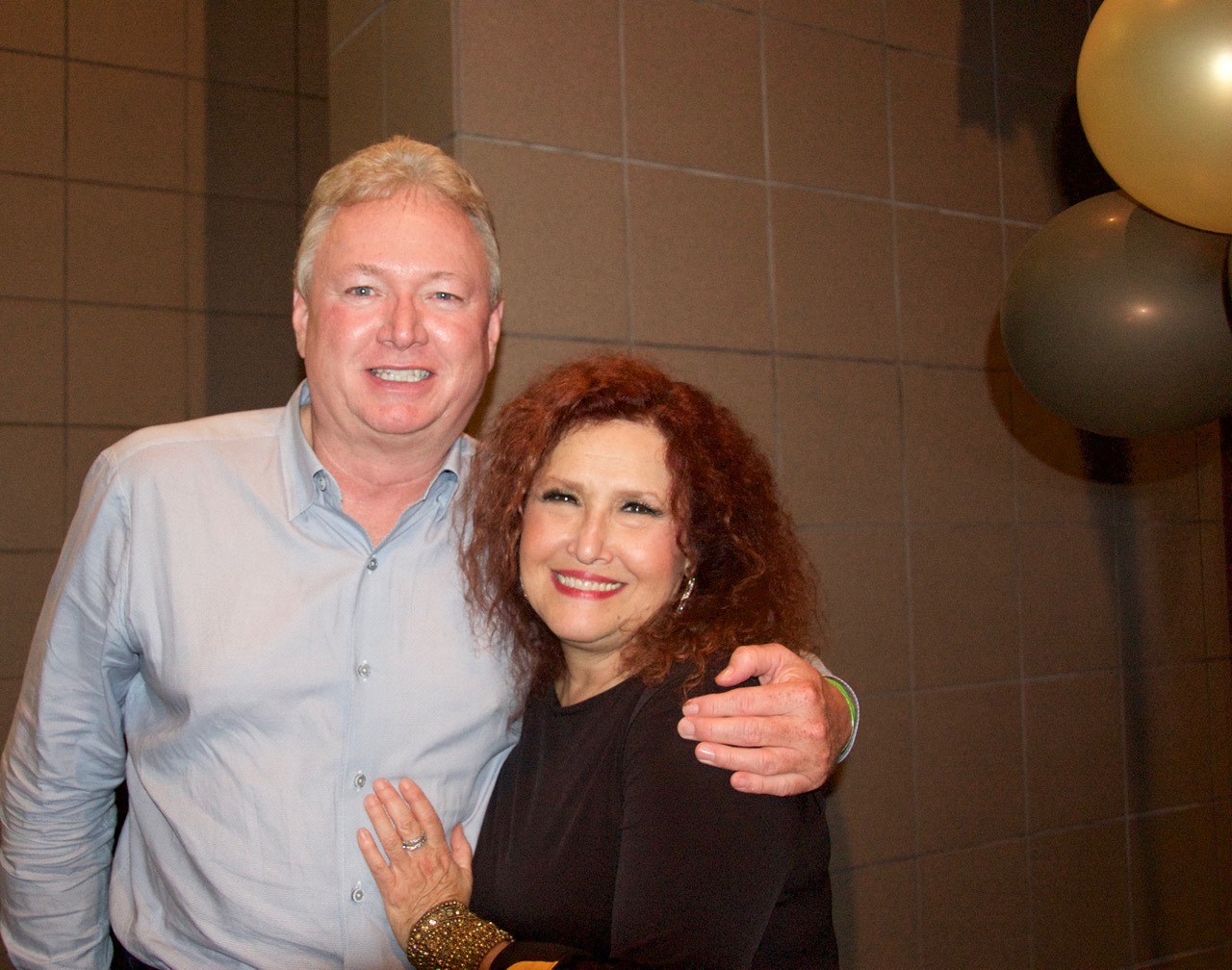 In my recent Live Facebook interview with Melissa Manchester, she told me, “The Music Industry at large has changed entirely from when I started.  There is now a real democratization of music.  I feel I have eased into the position of the Village Elder.  I carry the torch of all those great women singers and “The Fellas.” I want this music to last because it’s vital and swing music is specifically an American Art form.  I want kids  to know how great it feels to play this kind of music and maintain that connection to the  past”. 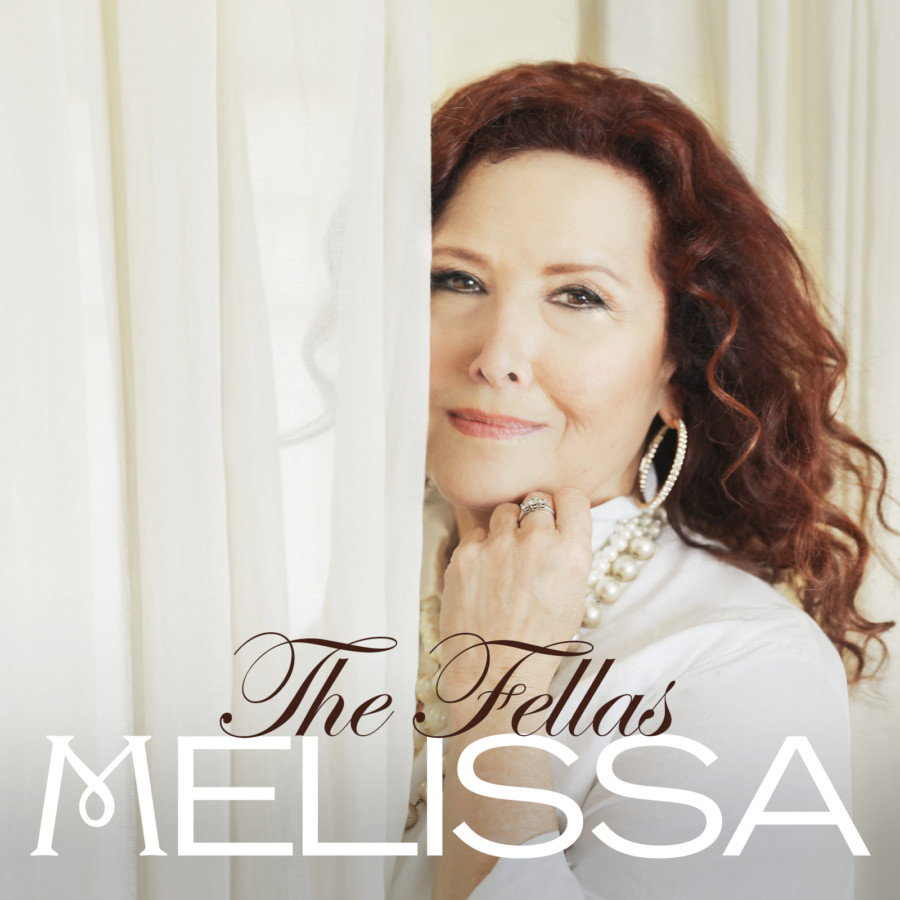 May the Grand Dame of Music keep passing the torch and creating such treasures throughout the rest of her reign in the music industry.