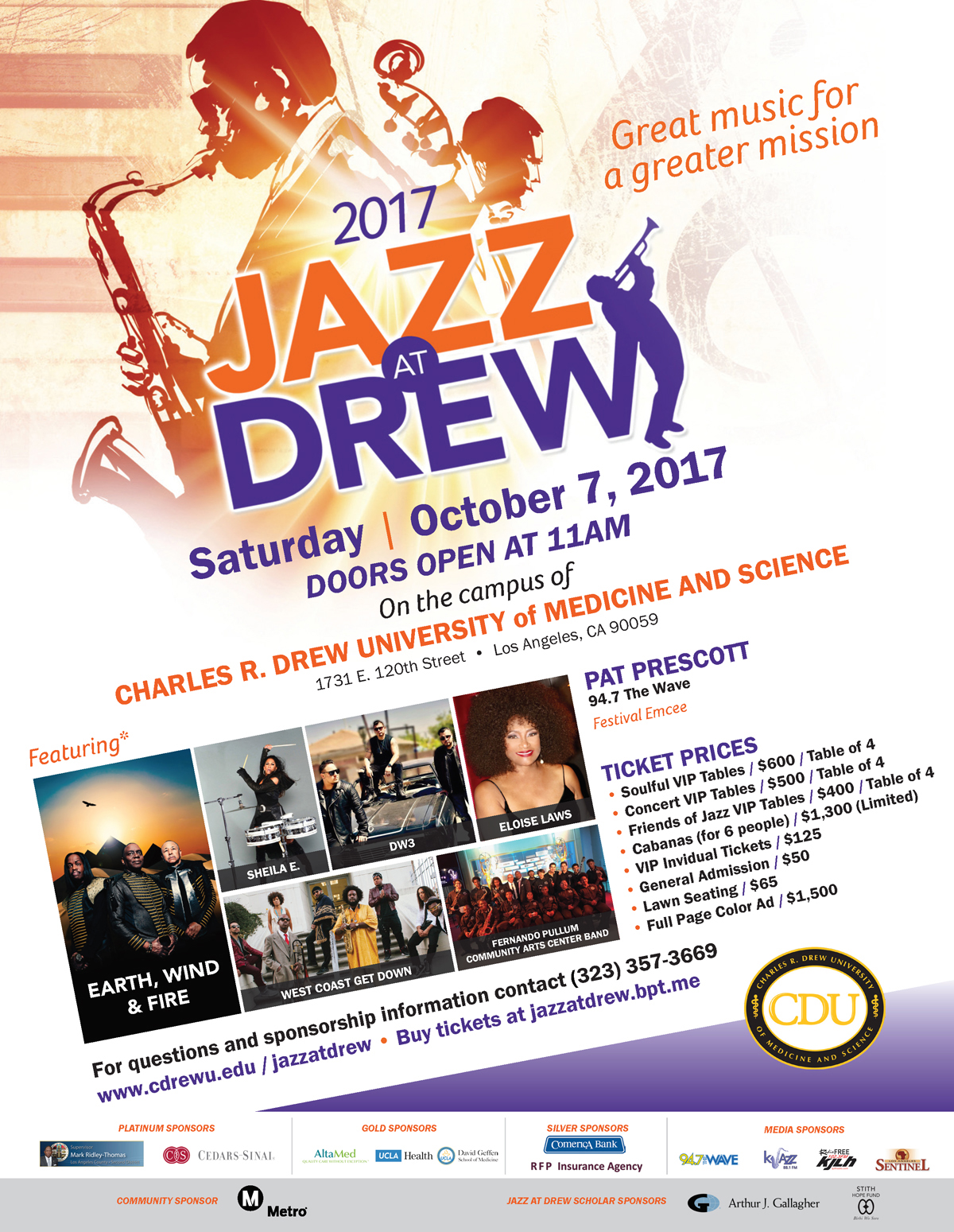 Charles R. Drew University of Medicine and Science (CDU) is committed to meeting the needs of the underserved and strives to positively impact their lives through quality medical education and community engagement initiatives such as Jazz at Drew, an all-day outdoor fundraiser featuring some of the most prolific names in jazz and R&B.

Former Jazz at Drew acts has included music greats such as Nancy Wilson, Dionne Warwick, Bobby Womack, Brothers Johnson, The Chi-Lites, Poncho Sanchez, Hiroshima, The Rickey Minor Band and Friends, Kenny Burrell, Jill Scott, Joe Higgs and others.Now in its second year of operation after a long hiatus, the re-emergence of Jazz at Drew signals the return of one of LA’s best-kept secrets as an established entity within the local community and the greater Los Angeles jazz scene! 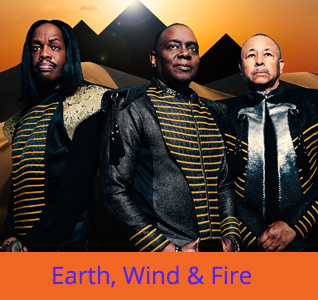 Your ticket to Jazz at Drew not only gets you a seat to the hottest show in town but also status as a donor and supporter of CDU. Proceeds from Jazz at Drew go towards enriching the CDU experience for students by funding University scholarships, student services, campus facilities, and pipeline programs.

Go to this link for information and to buy your tickets: Jazz at Drew