When I heard that Larry Dunn was going to give a demonstration at the Casio Booth on Saturday, January 21st, at NAMM, I zipped over there immediately.  My listening ears were gearing up to hear one of the Masters titillate the keys with his beguiling dexterity, while vamping the electronic sounds with his out of this world, celestial handiwork. 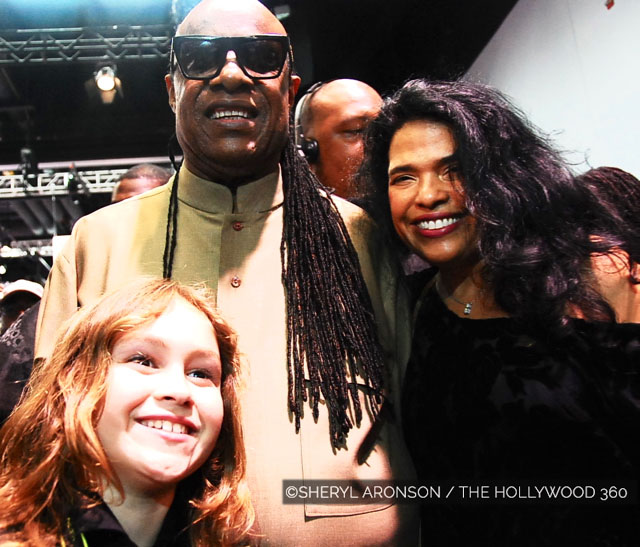 There was a tiny delay however.  Just as Larry was about to demonstrate the Casio keyboards, Mr. Stevie Wonder sauntered into the Booth surprising everyone.  We were treated to one song played by Stevie and sung by Shelea Frazier.  Larry and Luisa Dunn were ushered to a close spot to watch Stevie Wonder perform, and they greeted their friend afterwards. 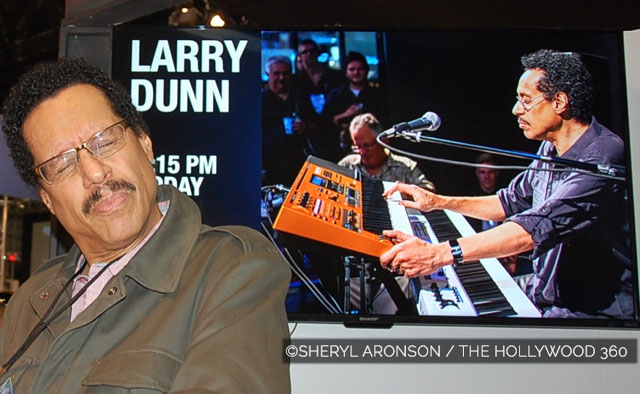 I never left my spot in front of Casio keyboards, although I was snapping photos of Mr. Wonder’s comings and goings.  Soon Larry Dunn was back in position and tackled those keys with ferocious yet jaunty liveliness.  Watching his fingers fly like Olympic sprinters …ripping out riffs of pure improvisational genius, caused me to enter another musical dimension.  With eyes closed, face turned upward as in a trance, Larry Dunn then ended his musings with a soulful free for all which skyrocketed upwards into the galaxies, then he literally took one finger and plucked each note out going down the lower register of the scale.  The last touch   landed into the deep earthy belly of laughter reverberating…Loved every moment! 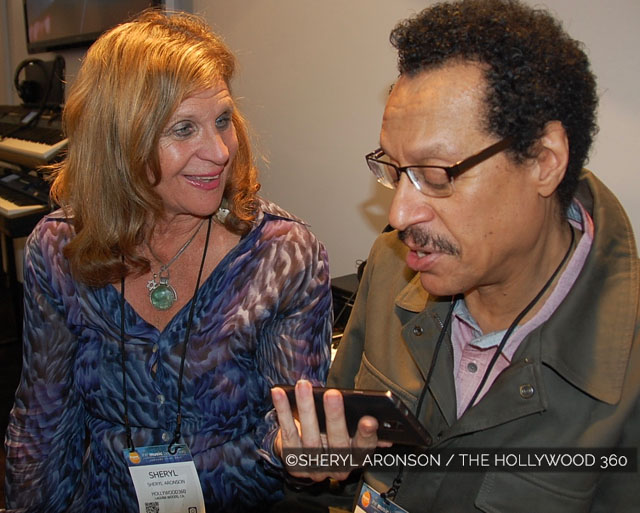 I then sat down with my dear friend, Larry Dunn and talked with him about the Casio Products.

The Hollywood 360:  What are the characteristics of the Casio Keyboards that make them stand out? Why do you love the product?

Larry Dunn: I’ve been with Casio since 1980 and I tell everybody, this is not your father’s Casio.  They have innovated so far ahead, it’s unbelievable.  I’m the Moog guy… some of the products like the PX-5/88key, fully weighted… 25 lbs.  When I was fifteen and weighed about 145lbs, we had to lift B3’s organs.  And they got one similar to like a Moog, the XWP1…12lbs.  It’s not really a secret, but next year they are coming out with new product.  But this year, they are going with what they have.  I don’t know how they are going to top it, but I’m sure they will. 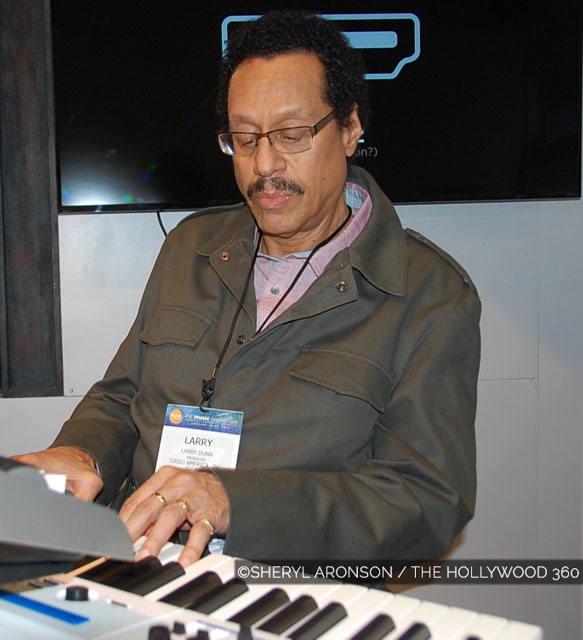 The Hollywood 360: When you were playing with Earth, Wind & Fire what were you playing then?

Larry Dunn:  My years with the Fire, I wasn’t really playing Casio, I was playing Moog and Oberheim and all that different stuff. All of a sudden now…in the last five years at least, Casio has just catapulted leaps and bounds.  Actually one of the guys that works here at Casio was telling Luisa last year a lot of professional keyboard players that are playing with top groups, saw me playing Casio and they were like, ‘Really?  Larry is playing Casio? Let’s check it out.’  Now they know why. 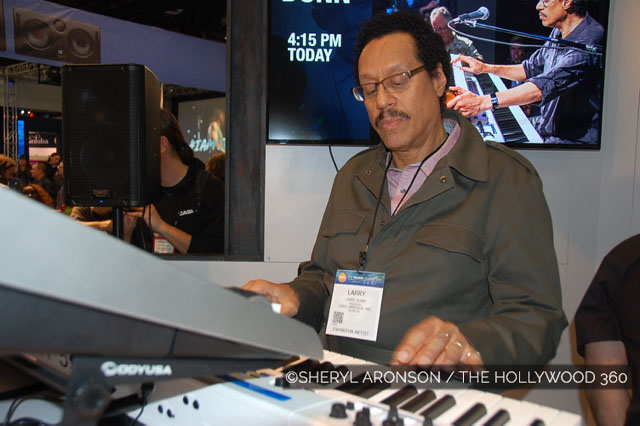 The Hollywood 360:  The sound of Casio…Larry you have that celestial sound which I love…so can you talk about the feel of it, what are some of the technical aspects of the Casio keyboards?

Larry Dunn: It’s easily programmable and even the main stops that they have are gorgeous as well.  It’s an incredible instrument and it will go as far as you can go.  For the novice who really doesn’t know how to program, all they have to do is find their own sound, and the people who are deep into programming, you can go as deep as you want to go.  Totally, fantastic. 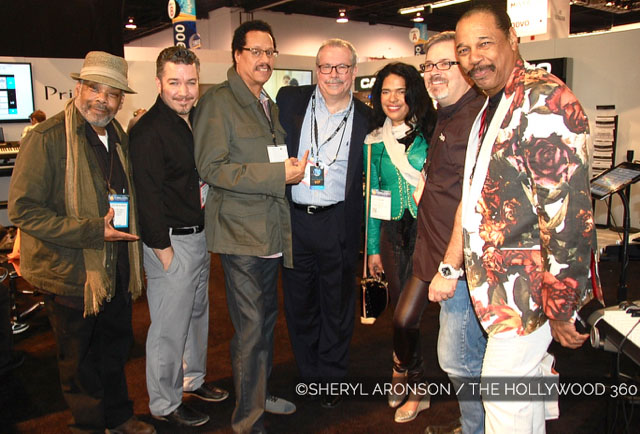 The Hollywood 360:  You have great relationships with the staff here.

Larry Dunn: Yes. Paul Mouradjian and Mike Martin.  Myself and Jerry Koraski go way back when he was at Casio, then he went to a few other companies, but is now back here.

The Hollywood 360:  So you began your endorsement here at NAMM with Casio?

Larry Dunn:  The latest endorsement… yes.  Everyone should check out Casio’s products and make sure next year to come to their booth for the revealing of their new products.  I will be here too,

I will also be going to Sweetwater, in Fort Wayne Indiana where they have their summer event in June.  Sweetwater is the biggest music store in the world.  It looks like a college campus.  It is called the Sweetwater Convention. 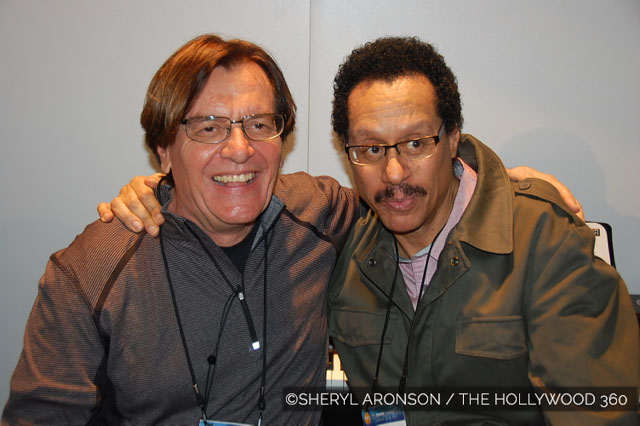 The Hollywood 360:  You and Luisa were both on Bunny Brunel’s new album, Bass Ball.  Please tell us what you both did.

Larry Dunn:  It was Bunny Brunel and friends.  It was he and Stanley Clarke and all different bass players and they asked Luisa and I to write a 6/8 piece and it came out great.  Kaylene Peoples played flute on it, Stanley Clarke  and Bunny, Brunel are also on the song and Luisa did all the background vocals.  Bunny named the song, “Lulu.”

Of course he did.  Because Lulu is Luisa Dunn’s pet nickname that Larry loves to call her.  This super, talented couple has been married for over thirty years and continue to create music together as well as perform. 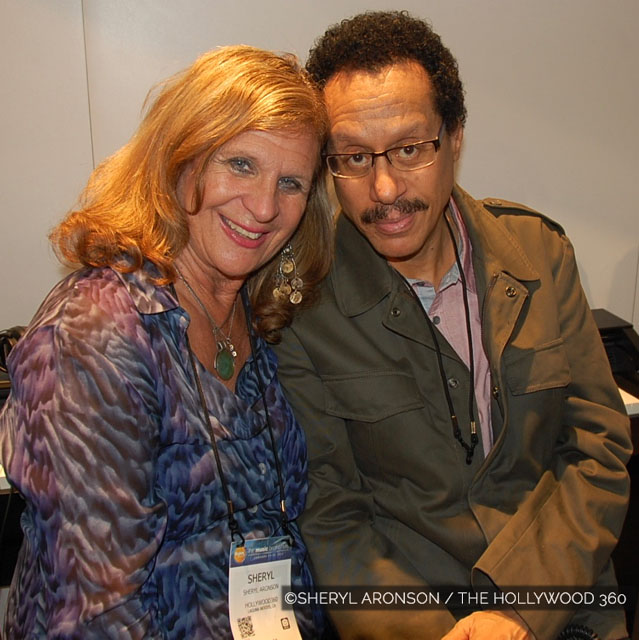