The Women’s International Music Network (WiMN) is pleased to announce the finalists selected to perform at the 2017 She Rocks Summer NAMM Showcase, taking place Thursday, July 13, 2017, from 8:30 – 10:30 p.m., at The Listening Room Cafe in Nashville, Tenn., during the 2017 Summer NAMM trade show. 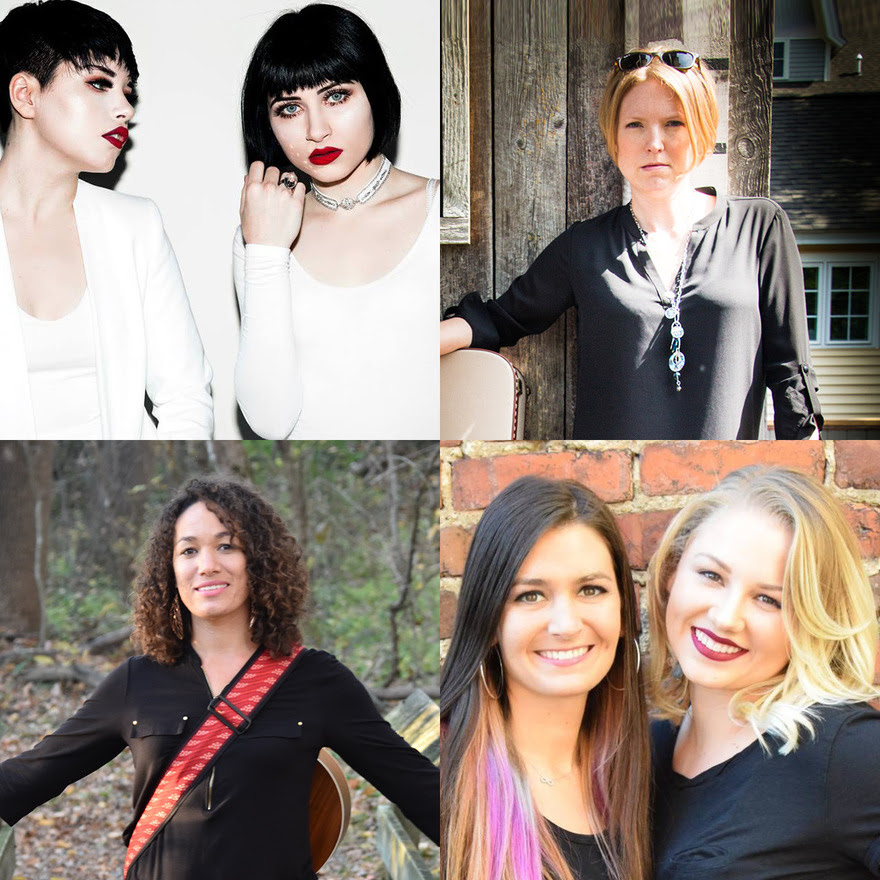 “The WiMN’s She Rocks Showcases are a part of our ongoing efforts to create opportunities and a platform for women in music,” said WiMN Founder, Laura B. Whitmore. “We aim to give a chance to as many female artists as possible across the country to display their talent in front of music industry experts, influencers, media representatives, artists, and more. Attendees are in for a real treat!”

Guitars, sister harmonies, award-winning songs, and exhilarating live shows; these are only a few reasons why Command Sisters have been turning heads internationally. Hailing from Canada, Charlotte and Sarah have collaborated with platinum producers Disco Fries (Tiesto, Krewella), which resulted in the progressive dance banger “Earthquake” (Armada), and have a pop record slated for release in 2017. Career highlights include: John Lennon Songwriting Contest winners, Grey Cup Festival, Yoko Ono’s Peace Sign Movement Central Park, Shanghai International Arts Festival, and much more, including a personal career highlight of a private event with Prince William and Princess Katherine in Calgary, Canada. www.commandsisters.com

Laura Clapp grew up in New England. She’s brash, she’s honest, and she’s happy to be here. Put these things together and you get an artist not afraid to tell it like it is who thrives on love, excitement and a passion for life. After moving to Nashville as a Berklee College of Music graduate, Laura quickly befriended some of Music City’s best and it wasn’t long before she was singing for a living. This led to countless demo sessions, an incredible journey as backing vocalist for 80’s synth legend Howard Jones and the opportunity to share her love of music gear as a product specialist for several music equipment manufacturers. Most recently, Laura joined the BOSS/Roland team as a demonstrator and she is currently working on her 4th album. Learn more at www.lauraclapp.com

Julia Jordan Kamanda is a singer-songwriter, teaching artist, and author. She has toured all over the world performing with her father, virtuoso guitarist Stanley Jordan. As a songwriter, Julia’s music is acoustic based; but the arrangements go much deeper, pulling inspiration from her jazz and folk roots and natural R&B soul. Says Julia: “I want my energy, my message, and my music to enhance life like a breath of fresh air; like a cool drink of lemonade; like rays of love, light, and optimism.” Find Julia atwww.JuliaJK.com

Southern Sirens was formed in 2013 after Emmy Bodner and Kelsey Lee met through a mutual friend. Emmy (vocals & guitar) has performed as both a soloist and as part of a band. In 2010, she won a car as part of WDRB TV’s, “Fox 41 in the Morning Idol” contest. In 2013, she was a Hollywood finalist for “American Idol.” Kelsey (cajon & percussion) grew up performing with the world-famous Louisville Leopard Percussionists group. Now, as Assistant Director, Kelsey teaches percussion to hundreds of children and conducts clinics around the world. Together, this duo puts an Americana twist on a wide variety of musical genres. They have released one EP, and are currently working on new material. www.southernsirensmusic.com