The GRAMMY winners, the Los Angeles quartet announced the first thirteen dates of its US tour. this week.

An Emotional Audiovisual Tribute to Composer Cuco Sanchez and His Mexican Heritage. The Track Was Recorded in the Legendary Tenampa Hall of Mexico during the Live Sessions of their Acclaimed Production “Amar y Vivir” .

“Amar Y Vivir” by La Santa Cecilia takes you on a journey through the Mexican roots of the band with unforgettable life experiences. The album is full of new versions of songs written by some of the greatest Latin American composers. 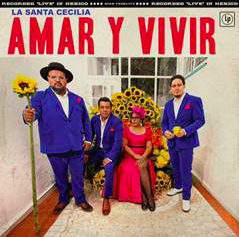 The project is a love letter for Mexico, as well as an opportunity to show the vast wealth of Mexican culture to the rest of the world. The album tries to be a bridge between two cultures through music that influenced the identity of the band with a modern twist! It has something for all tastes.

The album is made up of traditional music from Mexico and Latin America that was recorded completely live for 5 days in the streets, bars, and parks of Mexico City, is an exploration of the Mexican heritage of the band and has collaborations with the iconic Mexican singer Eugenia León, Chilean star Mon Laferte, and legendary Mariachi América, among others.

This was the first official release of the independent label Rebeleon Entertainment. The album was produced by producer Sebastian Krys, who has collaborated for a long time with La Santa Cecilia and who has won 17 GRAMMYS. The visual part was produced by Coyote Media House and directed by the young Venezuelan director Nelson Moreno.

La Santa Cecilia, “Amar y Vivir” (Rebeleon Entertainment / UMG). For their new album, the GRAMMY Award-winning band Angelina traveled to Mexico City where they performed classic boleros and rancheras, as well as songs by the Mexican rock band Café Tacvba, the late singer and composer Juan Gabriel and the singer soul Smokey Robinson. Recorded during five days in different locations in Mexico City, the result celebrates the cultural heritage of the band with a warm and familiar hug. The group is launching “Amar y Vivir” as an audiovisual album and each of the songs is accompanied by an interpretation in a specific place. The theme of ‘Love and Live’ was written by Consuelo Velázquez, best known for composing the song ‘Bésame Mucho’. As well as the song, the album “Amar y Vivir” talks about passion, but that will be obvious after listening to La Marisoul, vocalist of La Santa Cecilia, interpret the first syllables. Each phrase comes to us as if it were wrapped in velvet. – LOS ANGELES TIMES

“There is a familiar warmth that only a place like Mexico City can provide when you are deeply in love: bright colors, familiar faces and lively music can amplify your feelings. If you’ve never had the pleasure of experiencing that happiness, or the sadness that love brings when your heart is split in two, La Santa Cecilia shows you exactly how that feels, with her new visual album “Amar y Vivir” … “ 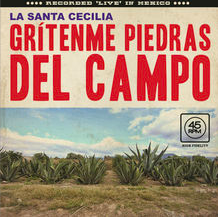 “On an epic journey to Mexico City, the band from Los Angeles ‘La Santa Cecilia’ recorded the album of their dreams, Amar y Vivir. A wonderfully crafted visual album that pays homage to Mexican and Latin American music through re-imagined versions of classics “- Billboard (Track by Track)

“La Santa Cecilia’s new album: Amar y Vivir, is one of their best … The songs are covers of classical themes that allow the voice of La Marisoul to stand out brilliantly since these delicate ballads are performed at a level of first category. The producer of the album Sebastián Krys, who has won several awards for his work, also elevated his work on this album to a new level. ‘Como Dios Manda’ (written by the band) is a solid and beautiful composition … and starts a very emotional tone that results in a somber song that speaks of a lost love. The instrumentation feels as if it were classic, beautiful and defines through a melody what it feels like when someone is missed. Bravo to La Santa Cecilia for having achieved this kind of work while maintaining a generous schedule of concerts. The visual album was filmed in Mexico, so that additional element makes the extra-special live performances. “-So.Cal Public Radio / KPCC Review Pick 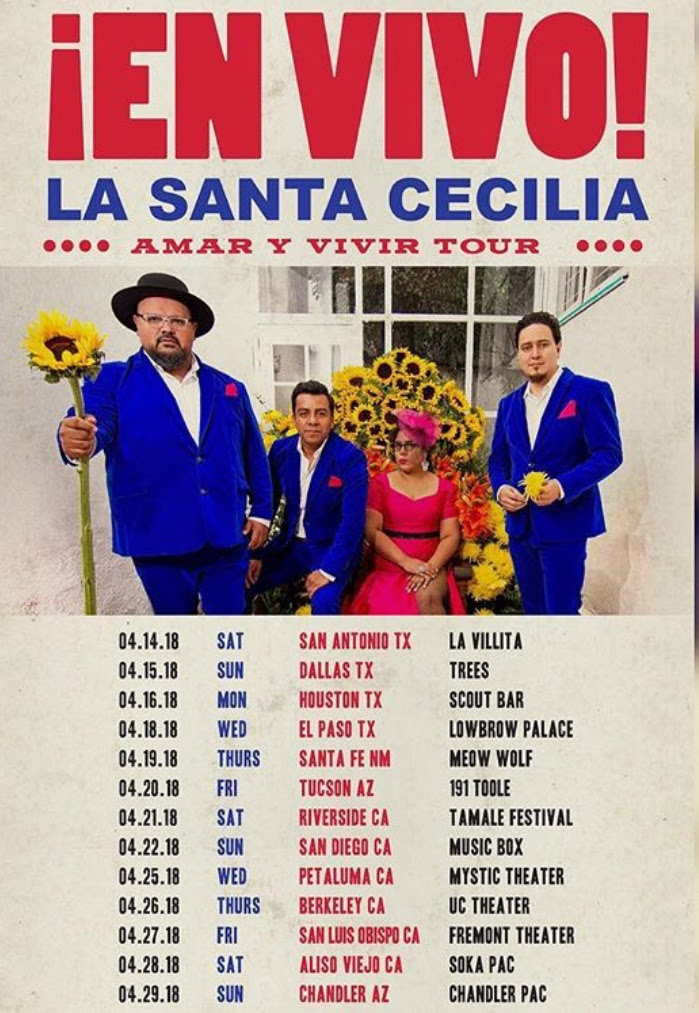