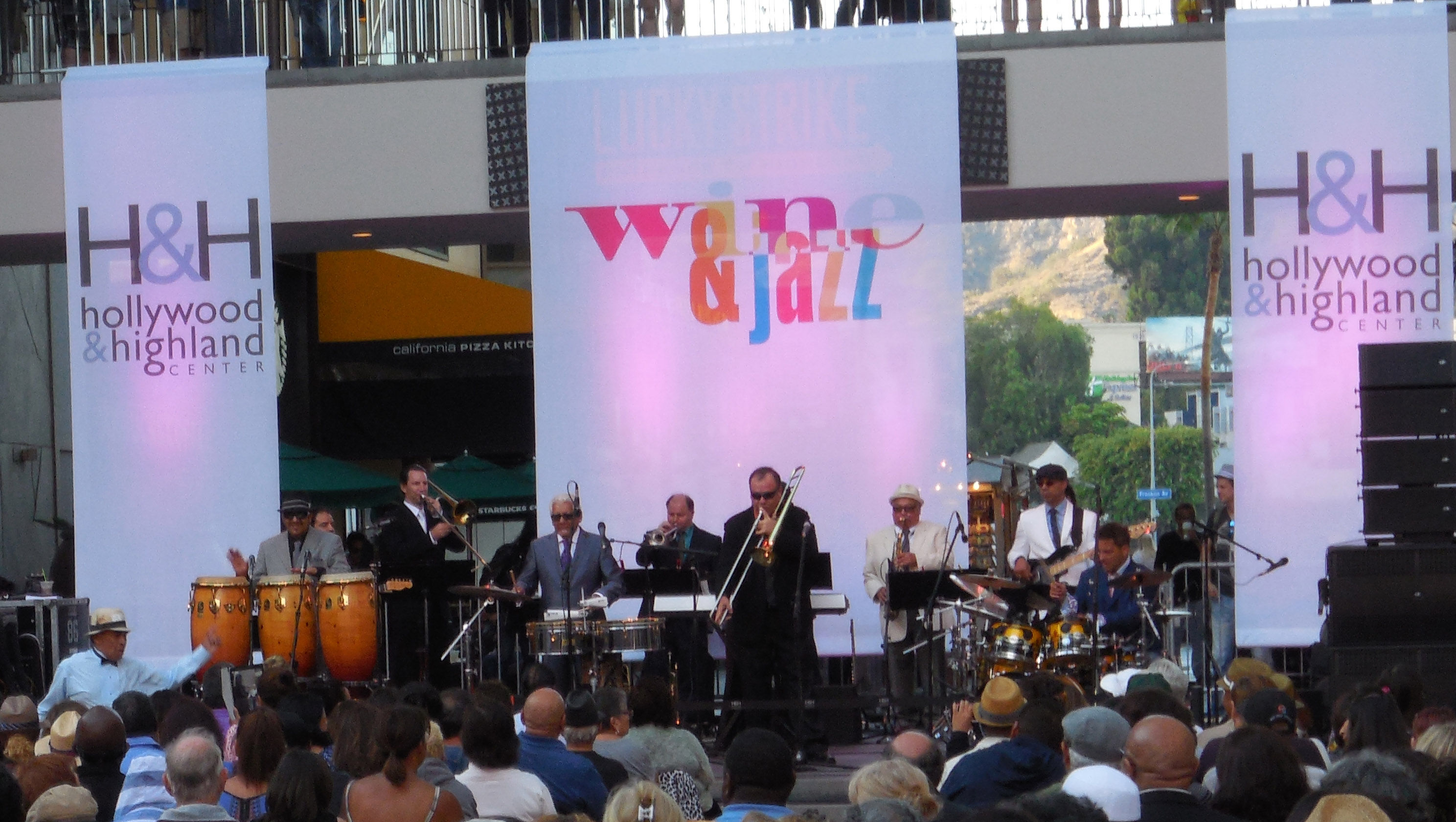 Funding a Great Cause. 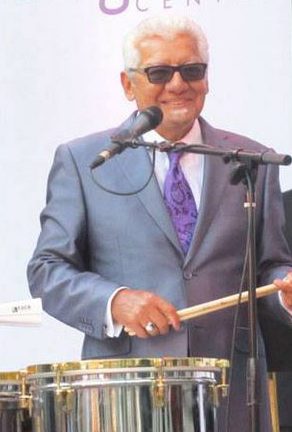 Hollywood, CA -Who doesn’t love a little wine and some live jazz outdoors, under the stars. That’s exactly what the Hollywood & Highland Wine and Jazz Summer series delivered this July. Kicking off this popular concert series with Mambo King Pete Escovedo and his Latin Jazz Orchestra and heating up the summer with performances by Latin Jazz artists Brian Auger’s Oblivion Express, Jose Rizo’  Mongorama, and Karl Denson’s Tiny Universe. Closing out the series, this past Tuesday, was the legendary Poncho Sanchez and his Latin Jazz Band.  The Mexican-American conguero and band leader blew it out of the water, looking sharp, spinning tales and letting his congas and seasoned crew do the talking.

The turnout for Tuesday night’s closing show was spectacular. The courtyard was wall to wall people with spectators at every level of the plaza hanging on every note. Couples stopped where they stood to break out their best mambo and salsa moves.

What is tastier than some wine and cheese to go with your live jazz?   For $10.00, concert goers got the perfect accompaniment of two glasses of wine by Stella Rosa and a cheese snack tray sponsored by Wolfgang Puck Catering. Not only did the wine and cheese make the evening even more enjoyable, all proceeds from the $10.00 donation went to Project Angel Food.

Project Angel Food is an organization that is dedicated to delivering nutritious meals to men, women, and children affected by AIDS/ HIV or other serious illnesses. The organization has provided nearly 8 million meals to thousands of people struggling with life-threatening illnesses.

“It’s a strong partnership.  This series has probably been the best and a great way to close out the season.  We are very excited, that this location in is Hollywood and Project Angel Food is in Hollywood. It’s so important to us to be in this community, and this gives us the visibility, but in a fun way with the Jazz Series.”

Mark Tucker also told us that the $10.00 every person donated throughout the Jazz Series, equaled two more nutritious meals that they were able to deliver.

The Hollywood Times also spoke with Faye Moseley, Project Angel Food board member, who ensured us that the Jazz Series will most definitely return next summer.

“We will absolutely be back. It’s been a wonderful experience for us. The co-branding in the community with Project Angel food and what we can do to extend ourselves in the community. “ 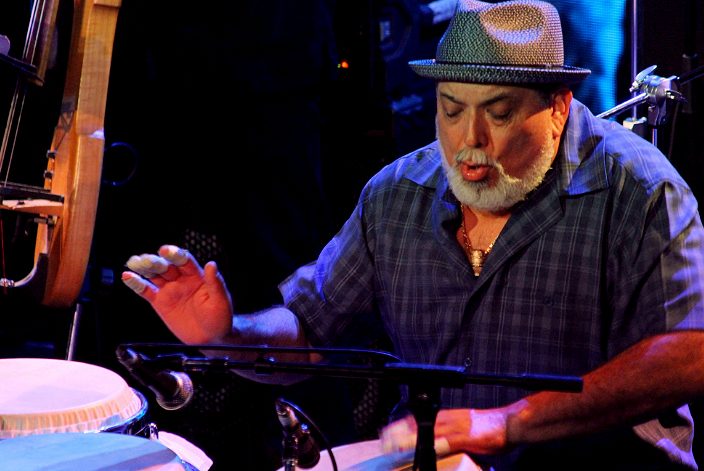 Ms. Moseley also gave us a heads up for Project Angel Foods next big event. The Angel Awards fundraising event honoring Eileen Getty will be held on Saturday, September 6, 2014.  (Angelfood.org for more info)

Coming out to Hollywood& Highland for free live music, and making sure you enjoyed some wine and cheese was a fun and simple way of helping.   If you’d like to continue to support Project Angel Food you can donate to the organization or you can sign up to become a volunteer by visiting their angelfood.org.