Los Angeles, CA  – Eliciting their name from singer/songwriter Dave Munro’s real-life position with the military, Boston-based Air Traffic Controller are one of the fastest rising stars in the country. Often compared to other A-list indie bands, they are definitely pulling ahead of the pack. Their feel-good relationship anthem “You Know Me”, off their 2012 album release Nordo, hit the #1 spot on The Hype Machine, was named “Best Indie Alternative Song” in the Independent Music Awards, was on the NPR Hot 100 List for SXSW, and has hit a milestone of 2 Million plays on Spotify. The witty and frenzied second single “Hurry Hurry” was also named “Top 5 College Radio Act” by WERS and MTVU. 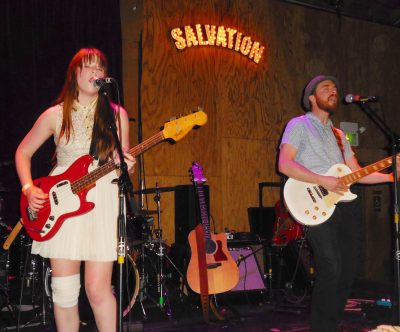 Kicking off their August tour with The Tragic Thrills, Air Traffic Controller’s Dave Munro (lead vocals, acoustic and electric guitar), Casey Sullivan (lead vocals, bass, mandolin), Steve Scott (keyboards, effects, electric guitar), Jeremy Van Cleave (violin, mandolin) and Seth Kasper (drums) took the stage at the Bootleg HiFi in East Los Angeles Thursday night to a cheerfully enthusiastic crowd of fans, family, and friends. The intimate stage at the Bootleg HiFi was the perfect backdrop to ATC’s own brand of fresh and exhilarating indie rock/electro-pop vibe imbued with catchy, unforgettable hooks and Spector-like wall of sound. It was clear that it was going to be a fun night.

Munro and Sullivan evoke classic singer/songwriters like Paul McCartney, Paul Simon and Joni Mitchell with beautifully crafted lyrics that are full of life, infectiously honest and inspired storytelling that moves through the entire spectrum of musical color. 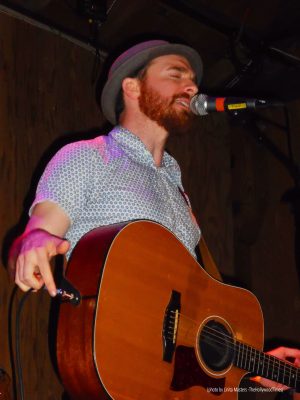 Munro’s vocals have an uplifting honesty that is perfectly matched by Sullivan’s very natural, soft and sometimes haunting vibrato.

Exhibiting their instrumental prowess, multi-instrumentalists Steve Scott and Jeremy Van Cleave furnished orchestral support by playing everything from spirited keyboards and masterful violin to tribal drum. The churning, upbeat drums of Seth Kasper, held it all together. Jeremy told The Hollywood Times, “I am the violinist in the band. My job is to accentuate with the strings, and recently playing some mandolin to accentuate the beautiful harmonies that Dave and Casey provide.” Which he did, flawlessly.

Only recently released on July 29, “The House”, a nostalgic, toe-tapping, contagiously upbeat, sticks-with-you-for-day’s melody was certainly a crowd favorite.

ATC closed their set with “Bad Axe, MI”’ off their debut album The One, showing off a folksier side of the band, with enormous audience approval. Munro announced to the audience that they were going to play “one” more song and a shout from the crowd was “two more.” The song ended with a crescendo of crashing drums and frenetic guitar strings – insanely phenomenal musical fun.

I had a chance to speak with the band before the show for some Q &A. 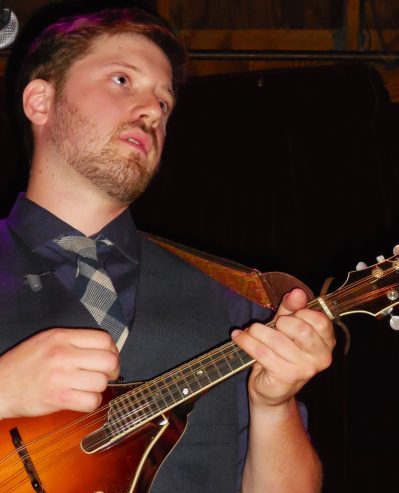 360: How would you describe your music?

Dave: “A lot of different sounds, like a folky, electro and sometimes an old rock feel too. Some of our songs have a 40 piece orchestra, but it’s a lot to try to pull off live and having someone like Jeremy and Steve Scott covering a lot of those bases and playing the most important part of the strings, getting that classical vibe that he’s brought to our songs.”

Casey: “We pull from so many different influences and that makes our songs so different from one another. Everything flows really nicely, but it’s hard to put one label on it.”

360: Who are some of your influences?

Casey: “Influenced by Joni Mitchell, The Beatles, Fleetwood Mac, Stevie Nicks. That’s just a few because there are so many.” 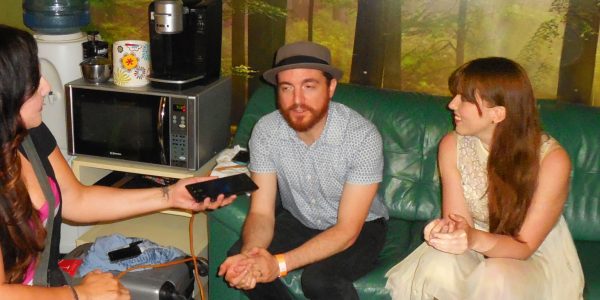 Dave: “We are working on a new record. We just released “The House”, which is from the new record and we are sitting on a bunch of new songs that we are waiting to release until the record is done. We are playing some of the songs live, some of them Casey wrote and we are really excited about those. We are finding that a lot of people are really identifying with the songs and kind of making them their own and people coming to us at shows saying that’s my song or that’s our song, people are putting it on their wedding playlist “You Know Me”, and I think that’s why the songs are so popular because people connected with it. Like “You Know Me”, the simple message of the song, we get two for one on that one because it’s kind of a relationship song, it’s always two people.” 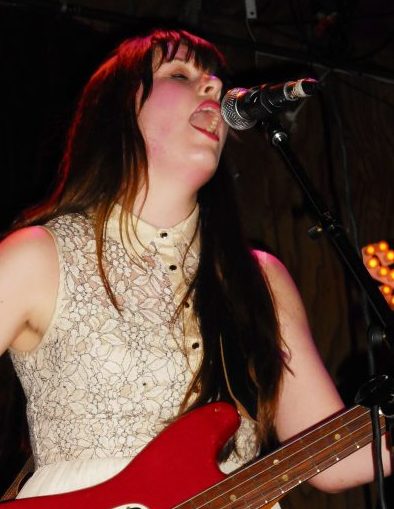 360: Which of your musical idols would you want to meet, living or not?

Dave: “Paul McCartney. He is a little bit of a goofball, kind of an everyman. I just like that about him, very inspiring how he’s so brilliant and the way he connects with his audience. He’s pretty awesome, he just tells stories, any songwriter that can deliver a story, it’s just awesome.”

Casey: “David Byrne. I love his approach to writing.”

Jeremy: “Jim Morrison. He was a wild guy but also so poetic, it would be interesting to hear how he was able to just open his mouth.”

Steve: “Duke Ellington. Brilliant composer and orchestrator. Took the greatest melodies ever and wrote brilliant arranging around it. He had such an eclectic take on music, jazz tunes to orchestral pieces.”

If you are were unfamiliar with Air Traffic Controller, “The House”, which will be on their 3rd album and produced by Bleu (Hanson, Boys like Girls, Jonas Brothers) is certainly the song to introduce you to the band. With melodies that will raise your spirits, it’s effervescent indie rock/electro/geek-pop at its best.