Singer-songwriter Francisca Valenzuela is taking over the streaming world with the video for her single ‘Tómame’, the first musical advance of her new album, scheduled for release in 2019. The song has a fresh, current sound and in terms of lyrics, it is a clear statement of strength, freedom and continued evolution. The video is envisioned, styled and directed by the Chilean songstress. 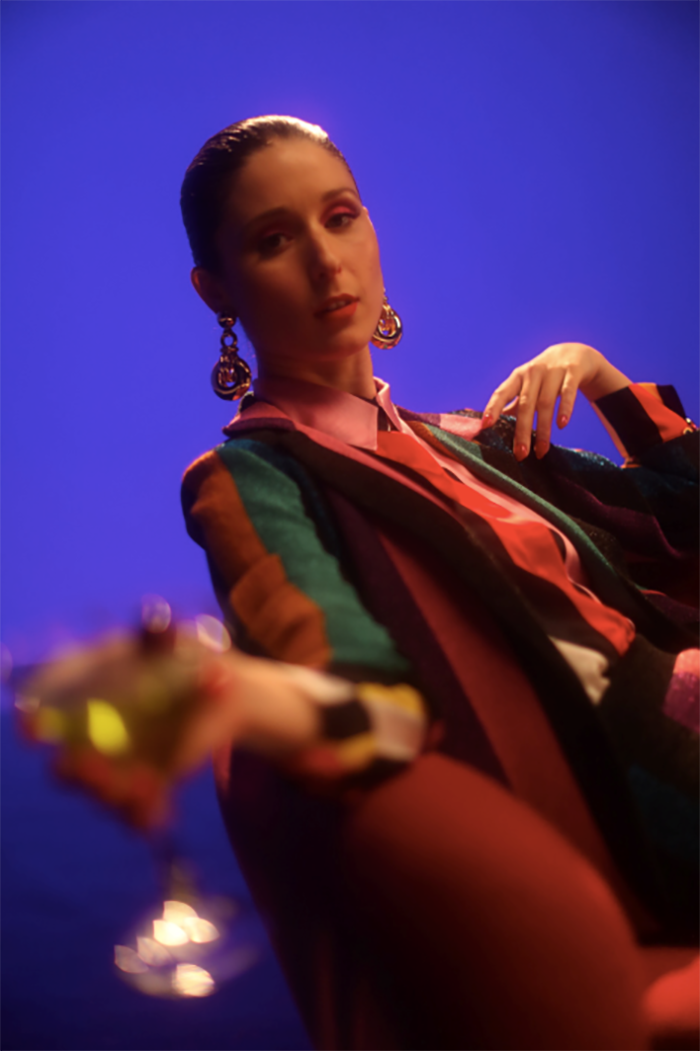 “Tómame” is a fun and flirtatious pop song that has an eighties feel on keyboards and where synthesizers lines slide on a seductive rhythm. The track has a spontaneous spirit, in which Francisca Valenzuela filters whispers, shouts, laughter and even sounds of water droplets that are revealed in its multiple layers.

According to Fran, Tómame” speaks directly and amusingly about desire: “about how one has the right to decide and ask for what one wants without guilt, without fear, and without shame. That one can empower the body, and with confidence and respect, surrender and enjoy.”

“Tómame” was written by Francisca Valenzuela and produced by Vicente Sanfuentes (Matías Aguayo, Los Amigos Invisibles, Gepe), Fernando Herrera (Javiera Mena, Fernando Milagros), with additional production by Trooko (Residente, Ibeyi). In it, the artist combines suggestive, poetic and funny phrases with a low and dragged register that at times flirts and contrasts with the hypnotic mantra of the chorus.