February 16, 2016
Grammy Nominee Kaskade and Imperial Motion announce their new clothing line that will be sold exclusively by Tilly’s.

Multiple Grammy Award Nominee and one of electronic dance music’s most powerful artists KASKADE has partnered with IMPERIAL MOTION on a new line of clothing called Imperial Motion x Kaskade.  The line is the first design collaboration between the powerhouse DJ and the lifestyle brand.

Kaskade has been a longtime fan of the Imperial Motion line and regularly sports their apparel on-stage performing to some of the biggest crowds around the world, so the collaboration was an obvious choice.

“I’ve been wearing Imperial Motion’s clothing for a while now and really love what they’re about,” said Kaskade. “I was already promoting their brand, not because they were paying me, but because they make clothes I love to wear. It’s a natural alliance.” 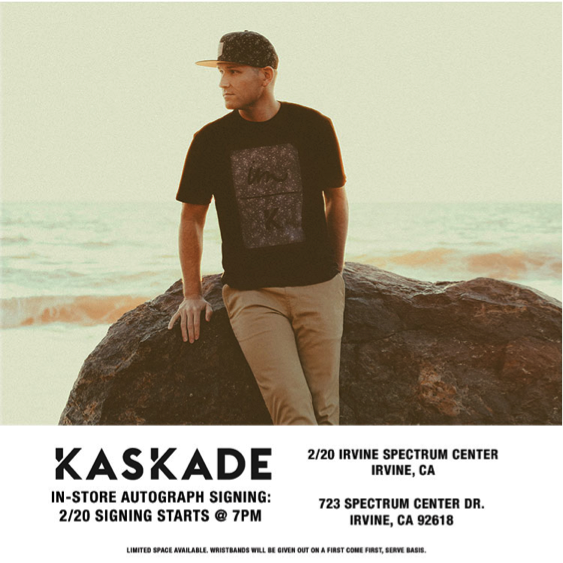 After an initial meeting and brainstorm at Kaskade’s home, the idea was hatched.  As for the clothes, Kaskade added: “I put together stuff that I want to wear, inspired by living near the ocean and all that I’ve seen and experienced on my world travels.”

Almost every piece of Imperial Motion x Kaskade features a micro floral pattern designed as either the main fabric, a pocket bag print or some other trim detail.  The idea behind the floral print was to incorporate a micro pattern that could be included on all the items whether it was used as an all-over-print or a just subtle accent.  The collection overall is minimal and clean; the floral pattern embodies that same idea by using fine line work and small dots to create the pattern.

“We are both genuine fans of one another and share similar styles, which makes the collaboration a perfect fit for everyone,” said Imperial Motion’s Spencer Goetz. “We are really hyped on how the IM x KASKADE collection turned out and look forward to the exclusive launch with Tilly’s.”