Charisse Mills Releases Her Single “One In A Million” @Charissemills

Charisse Mills is one of a kind.  She has combined her classically trained voice of opera with pop music and created a new genre of music called ‘pop’era.’ (Pronounced PopOpera.) 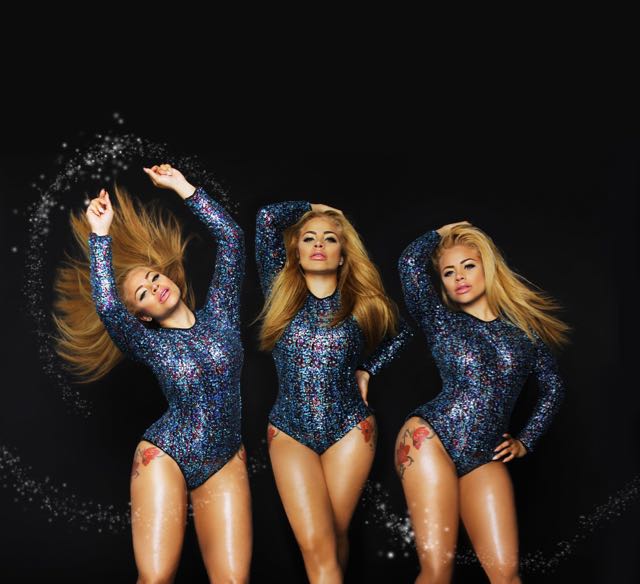 With thick long blond locks, creamy golden skin, a voluptuous figure, Charisse Mills looked like a dazzling star on the night of her CD Release Party for “One In A Million.”   The party was held at Red Moon Lounge, in Valley Village where scrumptious food was served, and ultimately, Charisse performed her single hit song, “One In A Million” for all the guests.

I interviewed the Trinidad born artist later that evening, as she was winding down from her big performance. 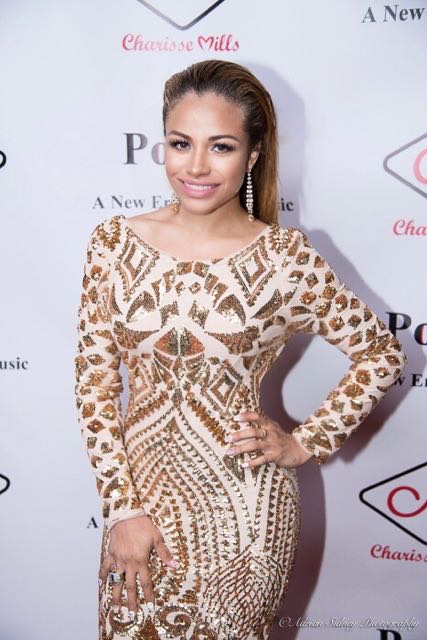 The Hollywood 360: How was it to be here tonight at your Release Party for the newest single, “One In A Million?”

Charisse Mills: It was absolutely amazing.  Everyone came out to support.  It is all about having a good support system being an independent artist.  I am so grateful for team Mills.  They showed up and showed out.  I am all about people being there for one another.  Because I have given all of my life…just recently I’ve been getting back all that I have given out. This is the best time in my life where I’m seeing my projects coming to fruition.  I am happy.  I am spreading positive messages,

The Hollywood 360:  Your song is all about love.

Charisse Mills:  Yes.  It’s about finding that one in a million love like when you win the lotto.  Finding your true love , is that one and a million winning chance…it’s life changing.

The Hollywood 360:  Who was at your party tonight that you were excited about?

Charisse Mills:  My mother of course.  She is my number one.  Having her here by my side means the world to me.  My celebrity friends that came to support me were Claudia Jordan, Princess Love, Sasha Gates, Diana Morniera, Damon Elliot.

The Hollywood 360:  How many languages do you speak? 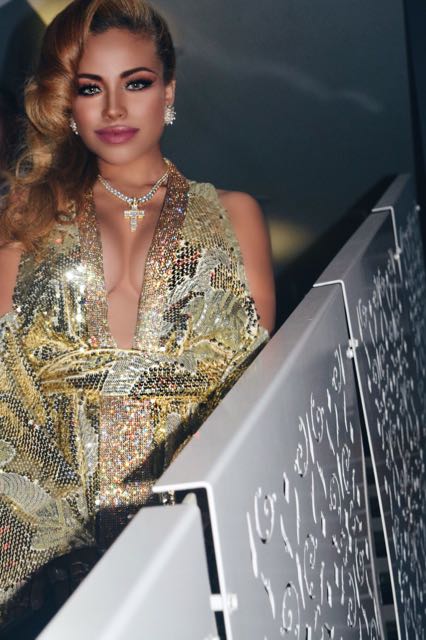 The Hollywood 360: Tell me how your origins, being from Trinidad has worked into you being an artist.

Charisse Mills:  Trinidad is like being free.  It’s all about touching the soul and being happy.  When we speak is sing songy.  Having that, naturally has helped me with music.

The Hollywood 360:  Please tell us how many years you have been working at your career. You are a classically trained opera singer plus pop singer.

Charisse Mills: I’ve been classically trained now since 2001and I’ve been studying the Arts since college.  I started really late.  I studied six languages independently.  I wanted to stand out.  I wanted to be better than the average. But even with that, when I booked opera tours in Europe, they would down grade my roles.  I was working extra hard and still getting downgraded.  I told myself I have to do something about this.  What I did was, I created my own style of music called Pop’era to include how I looked and how I sounded.  I didn’t want to give up the God given gift of classical music…everyone was always telling me I should sing R&B and Pop…I don’t look like the typical opera singer so I decided to give them what they wanted and sing pop music and opera.  Producers would ask, ‘What is that?  I can’t see it.’  So I decided I would make it on my own.  It took three and half years to develop the sound.

The Hollywood 360:  Tell us how you developed Pop’era.

Charisse Mills:  I had to learn bad habits.  When you go to Classical School, you can’t slur, you can not not say every T and dot the I’s.  With Pop Music you don’t have to do these things, so I had to learn bad habits and mix it with the proper.  It was very difficult at first, but I worked hard at it.  My Mom taught me that you have to work hard for things in life.

The Hollywood 360:  Why did you decide on opera as your main study of music?

Charisse Mills: I had a major influence in my life and his name was Steven Kaplan, who was the choir director in high school.  He would always play Classical Music.  One day he played “Pirates of Penzance,” and I started singing the song like I knew it.  In 11th grade, I changed my whole plan for school.  I was a Math major and went to a Music Major.  My mom didn’t even know.  I’m from Trinidad so it’s all about being a lawyer, a doctor, an accountant… a Music Major, forget it.

My Mom didn’t know I was taking voice lessons.  When I asked her to come to this charity concert in Brooklyn I was performing at she cried through the first three songs.  From then on, she was gun hoe.  She dropped everything for me. 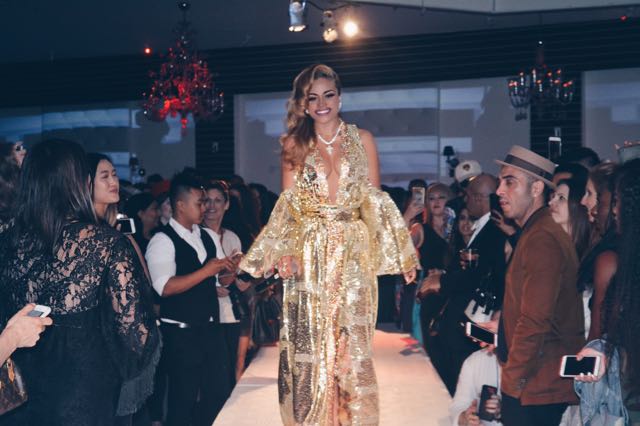 The Hollywood 360:  How does Opera and Pop blend as music.

Charisse Mills:  Music is universal.  You can mix these two together because it is about the feeling, what touches the soul.  My thing is, “Music is the food to our Souls.” No matter what the method is…yes there is a science to it, music cadences can make you feel a certain way, it happens in Pop Music and they don’t even know they are doing it.  Pop singers might not get the training that we get classically, but they get it naturally.  It comes from above, a Higher Being…people don’t even know where they are getting it from.

The Hollywood 360:  Let’s talk about some of the songs that you have released.  You appear on Ne-Yo’s song, “Integrity.”

Charisse Mills:  That was actually my break in music.  I waited…I’ve been prepping this for years…years.  It took me a few years to actually say, ‘Here we go.’ My first break in music was featuring on Ne-Yo’s album, and the song is called, “Integrity.” That was a very big break.  I like keeping in touch with my roots, so with that,  my vocals in the song was just a teaser, a snippet, giving it a little flavor and spice.

The Hollywood 360:  How did you get in contact with Ne-Yo and French Montana?

Charisse Mills: I studied with Ne-Yo for four years.  He would ask if I wanted to record, but I said, ’No, I want to learn.  You are a great writer.  I will fly myself wherever you are and be in the studio with you.’  I flew myself everywhere to be with him in a session so I could learn.  He loved that.  Then one day he said to me, ‘I have the perfect song for you because it’s all about integrity.’  I live my life by integrity and I don’t give up my morals for anything.  He told me he was writing a record called “Integrity” and this was for me to sing on.  I think I did more on the song,  but because I was a unsigned artist, the label just kept the end.  I’m grateful for whatever I can get, and that was my break into the music.

I contacted French Montana’s Management and told them I had a record and wanted to work with him.  I contacted the label, got the clearance, got it done, the rest is history.

Charisse Mills:  I wrote this four years ago with my friend from the Bahamas, Julien Believe.  He is an amazing writer.  He reminds me of  Ne-Yo.  He visited me in New York.  I told him I wanted to write a love song.  I’ve had this record sitting for some time now.  My mother told me to put out the song, she told me it was so timeless.

The Hollywood 360:  How are you moving forward now?

Charisse Mills:  I’m just taking it day by day.  I can’t foresee what’s in the future, but I can tell you what I want.  I want to be the next Celine Dion.  I want to be timeless. I want to touch the world.  That’s my dream.  I’m a Giver.  So I want to give this God-given gift I have to the world and touch their hearts with my voice.

The Hollywood 360:  You are working with Damon Elliot right now too.

Charisse Mills:  Yes.  I am working with him, son of Dionne Warwick and cousin of Whitney Houston, and is an amazing sweetest soul ever.  When we first met, it was like magic.  I mean the first day, he was like, ‘Wow. Pop Opera. I have this song and I would have never thought opera on it.  You would be perfect for it.’  I said, ‘Really?  Okay.’  When I was in the booth, (we didn’t have an engineer, we were there by ourselves) we made magic.  He said, ‘Let’s continue this work.’

The Hollywood 360: What was the final product?

Charisse Mills:  He produced this new song.  It will be my next release.  I predict it will win a Grammy.  It’s coming out within the next month.  It’s actually going to be in a film with his mother.

The Hollywood 360:  What else would you like to say.

Charisse Mills:  When I first came out in the music business, they wanted me to dumb down my sound because they wanted me to make music that everyone can sing along to.  I asked, ‘Did Whitney Houston do that?  Did Mariah do that?’ I’m about being great.  I’m not going to dumb down my music.  I am so happy to be working around Damon because he understands the voice that I have.  So he can help me flourish more.  All these other records that are out, these are songs that I did on my own.  Now with the help of Damon, the sky is the limit.

There is no doubt Charisse Mills, Pop’era star, will be flying high with her gorgeous voice and showing the world that she is “one in a million.”

You can find out more about Charisse Mills: