Southern California rockers Badflower have announced they will provide direct support on From Ashes To New’s THE FUTURE IS NOW TOUR 2018. The Fall dates will coincide with the four-piece establishment’s headline run, and kicks off September 16 in Spartanburg, SC. Tickets for all shows are on sale now at badflowermusic.com.

Badflower is the first act signed to Big Machine/John Varvatos Records, a newly minted partnership between Big Machine Label Group president/CEO Scott Borchetta and iconic fashion designer John Varvatos. Off to a bold start, the band’s single “Ghost” hit Top 10 at Rock radio while the accompanying music video surpassed 1 million views on YouTube. The track is available now at all digital retailers and streaming services, where it is currently on featured playlists such as Apple Music’s A-list Rock, Spotify’s Rock Hard and Amazon’s Introducing Rock. Additionally, Pandora ranked them No. 1 on their Pandora Predictions Chart which is determined by activity across all major social music sites.

Badflower has also been added to the lineup for iHeartRadio Music Festival in Vegas on September 22, the Louder Than Life Festival in Louisville, KY on September 28 and Rock Allegiance in Camden, NJ on October 6. For a complete list of upcoming live dates and ticket information visit badflowermusic.com. 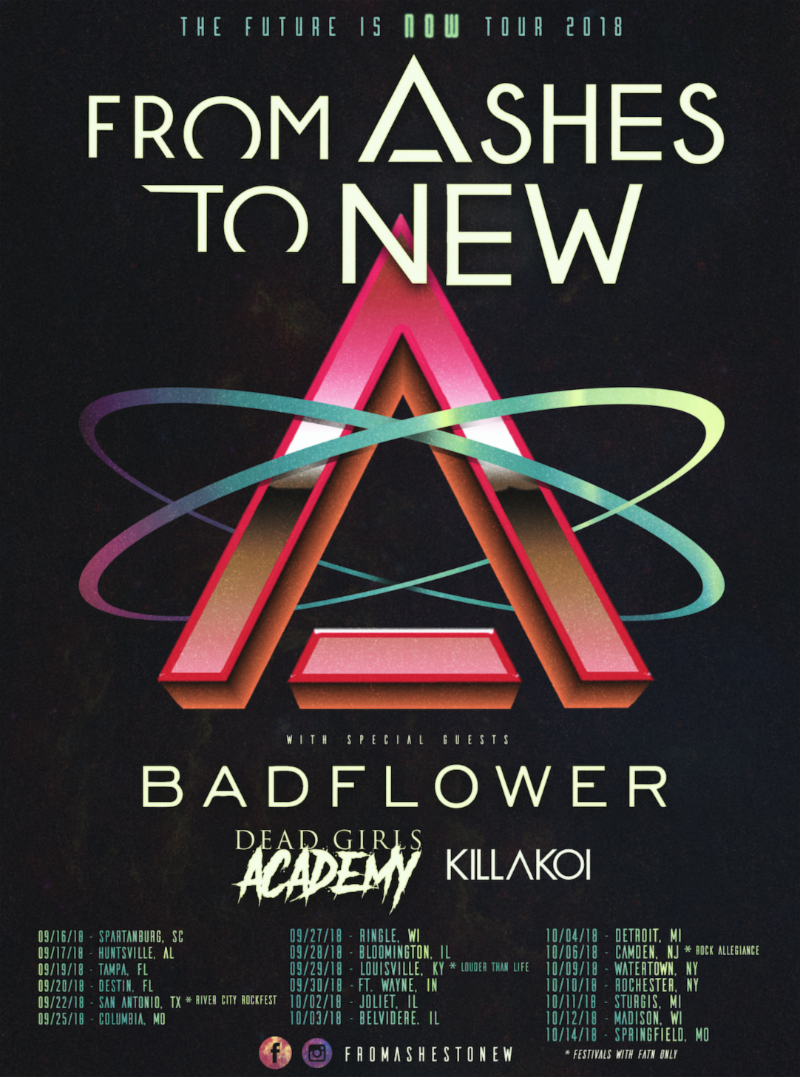