July 7th, one of the last remaining Beatles, Ringo Starr turned 77. To honor this occasion Ringo conducted his annual Peace & Love celebration outside of the Capitol Records Building in Hollywood where he had an illustrious group of celebrity friends joined him. Some of the celebrities that attended were Ed Begley Jr., Joe Walsh, Edgar Winter, David Lynch and many more. 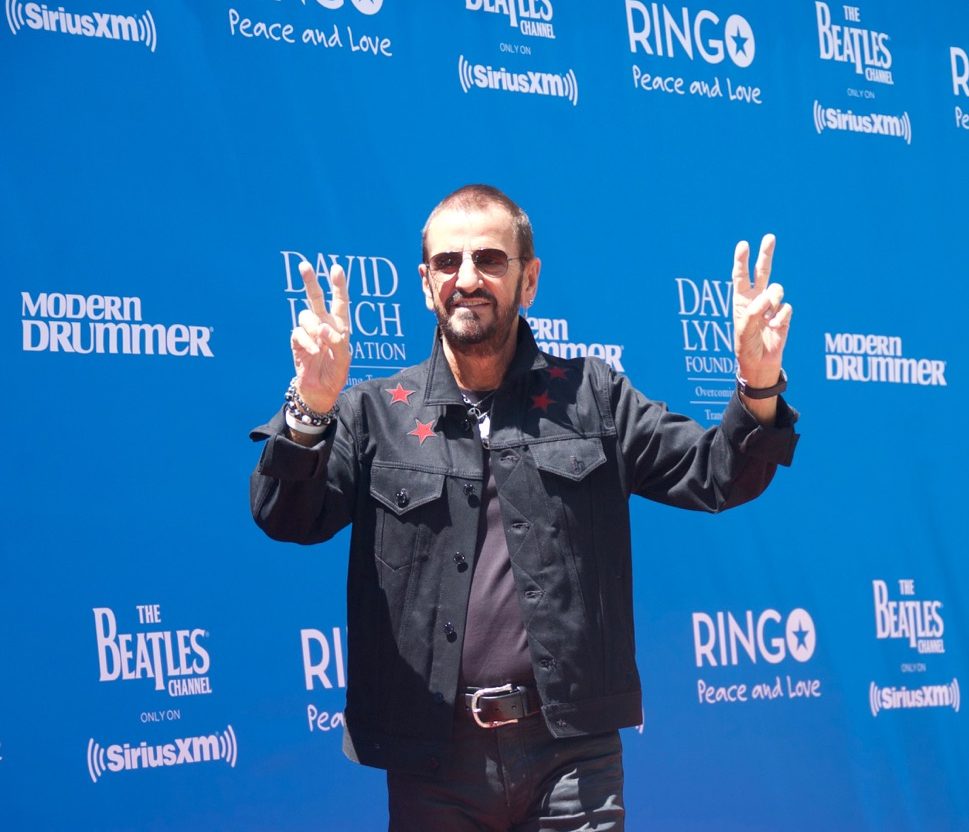 First he went up onstage with his friends to pose for photographs for the Media. This year a huge silver sculpture of a hand giving the peace sign graced the red carpet. Ringo posed next to it being a bit whimsical. Decked out in a black denim jacket, jeans and sneakers, Starr looked like he had been sipping from the fountain of youth formula. 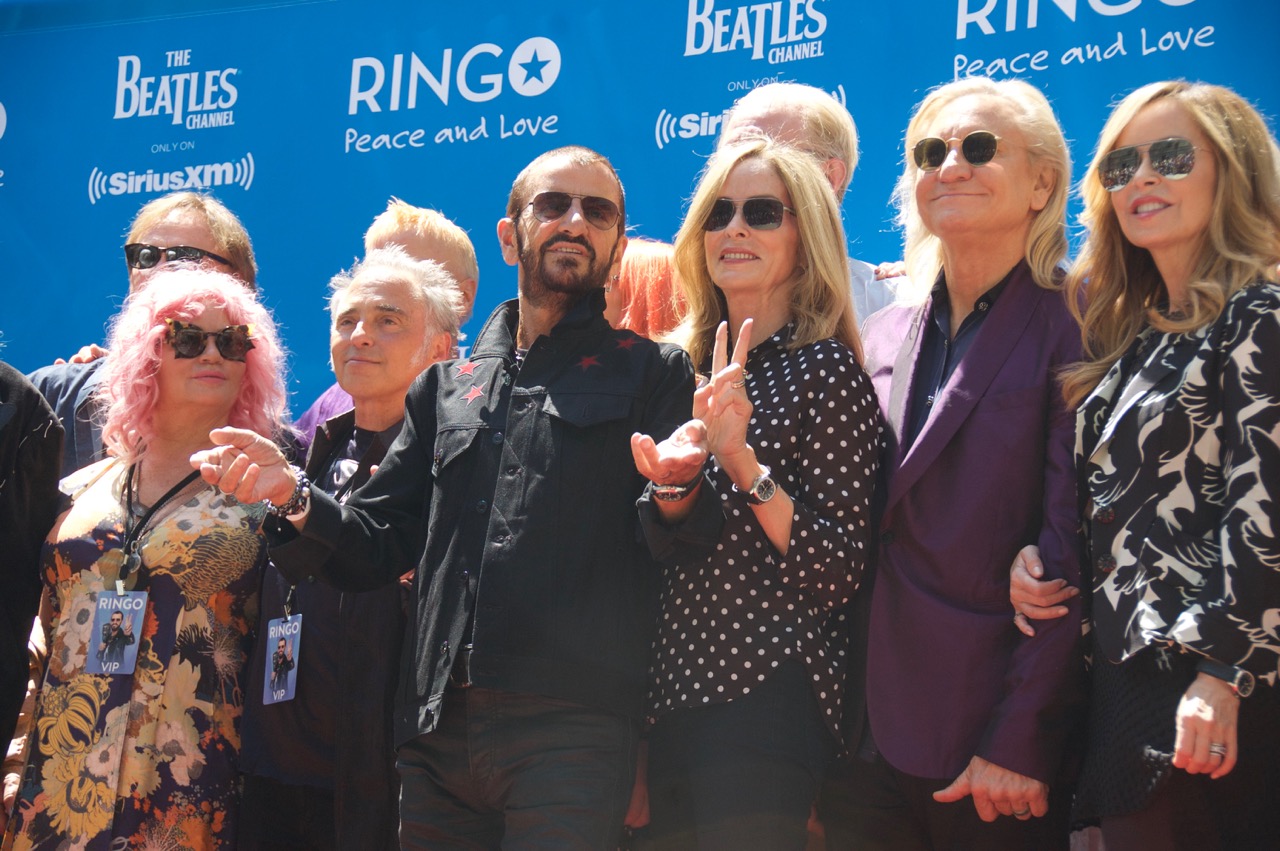 Unlike last year where he gave each of the media a bit of his time to answer a question, this time he rushed down the line and I wasn’t able to pose the one I wanted to ask. But here’s what I would have asked him: How have you handled the responsibility of being a high profile figure in the world at large in regards to making significant social change? 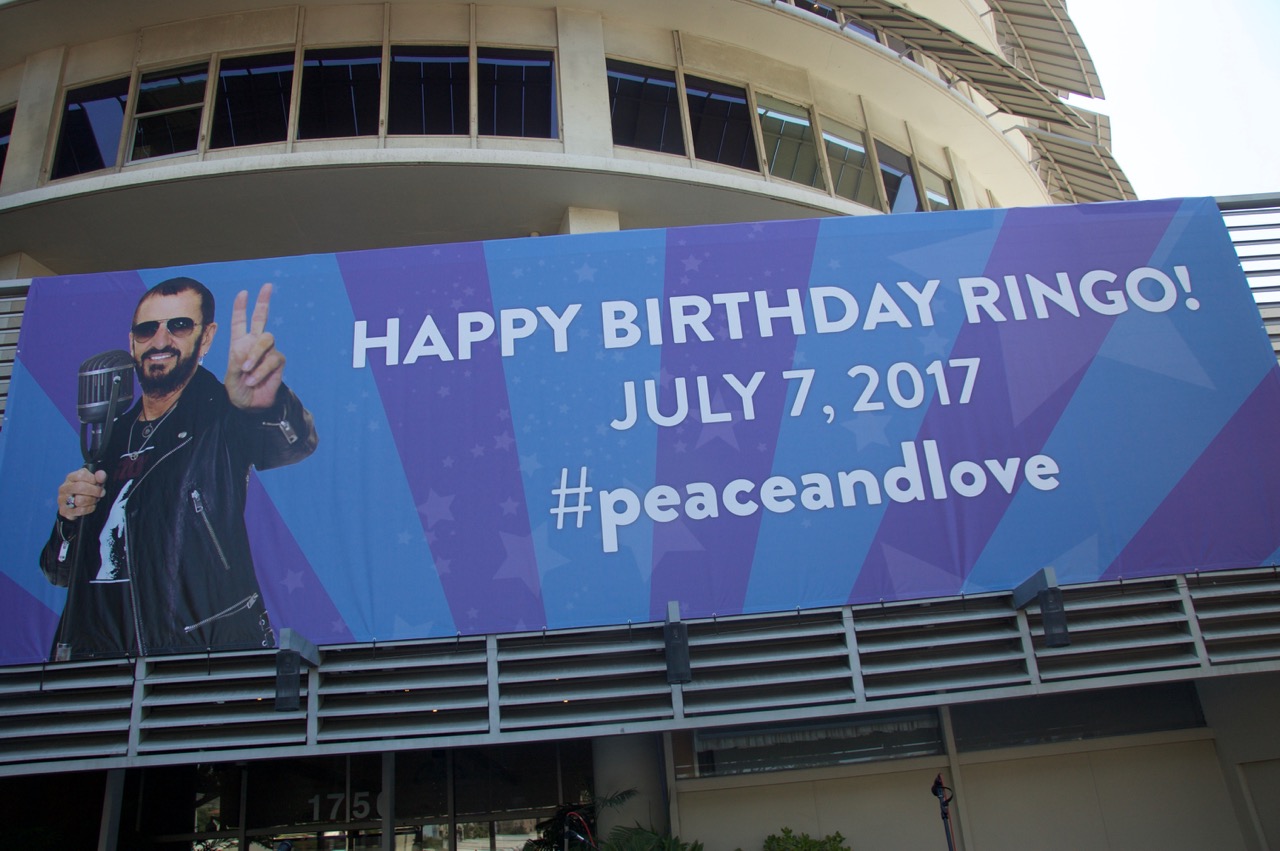 Ringo would have probably talked about his newest project, “Give More Love” the 19th solo album which will be released September 15th, 2017. Here are the lyrics to his new song, “Give More Love.”  Sometimes this world can be a hard place,  We wonder where we go from here, So Many hurting bad, Lost everything they had, It’s hard to know what we can do… Give more love, Give more love, It’s what we know we need more of, From the heart, let it start, To flow to everyone. 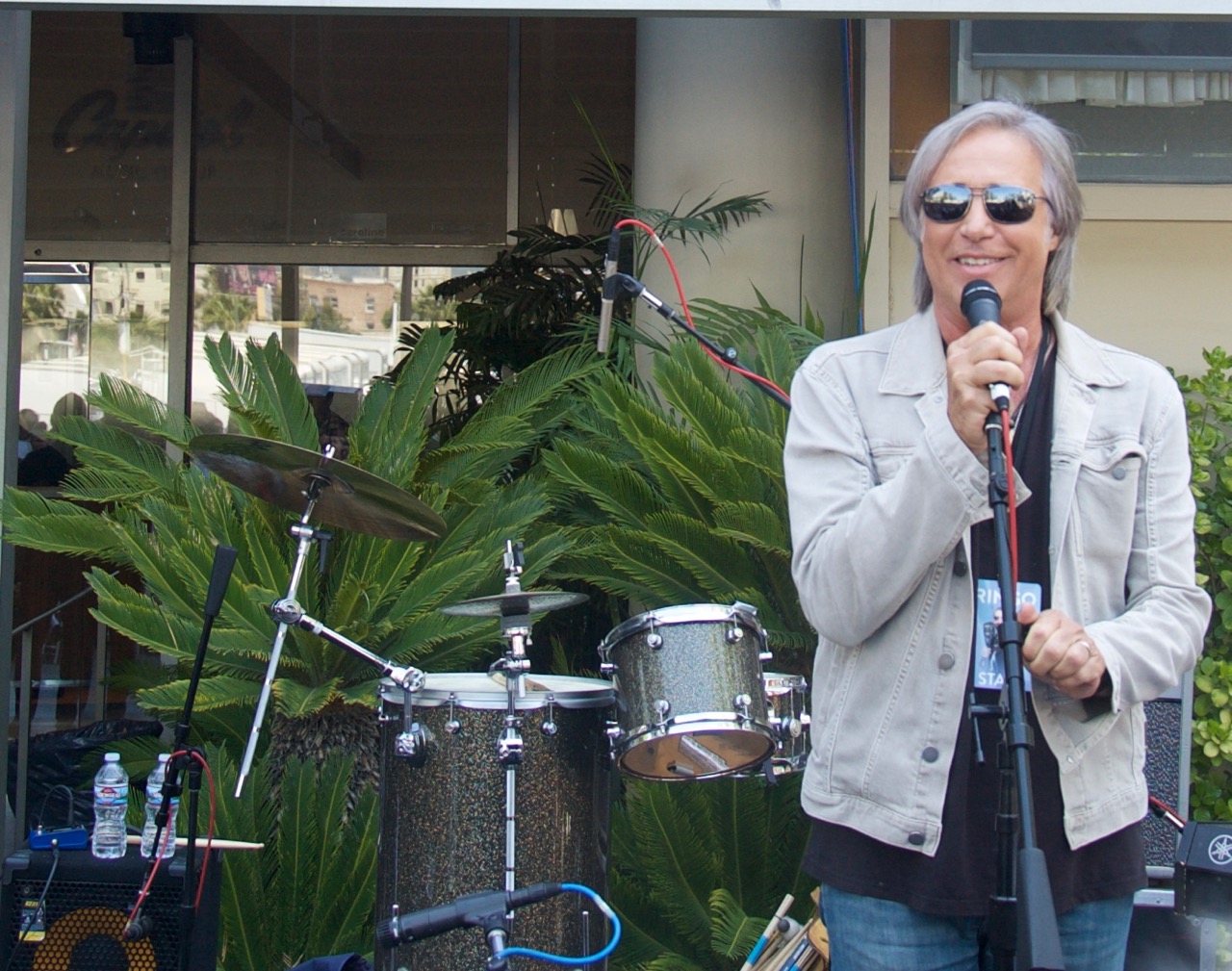 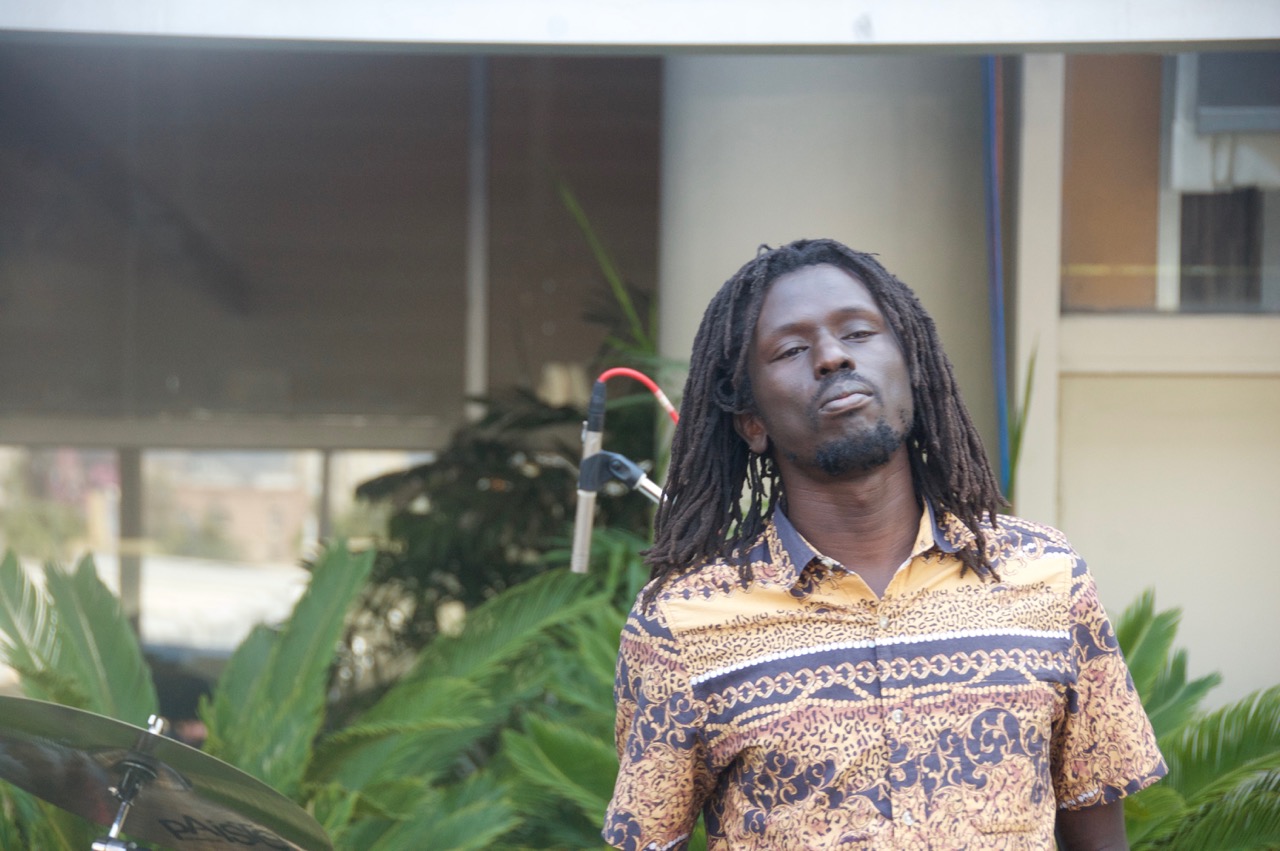 He recorded this album at his home studio in Los Angeles. It has 10 new tracks featuring collaborations with his fabulous musician friends like Paul McCartney, Joe Walsh, Edgar Winter, Steve Lukather, Peter Frampton, and Don Was. “Give More Love” also has four bonus tracks. In October, Ringo Starr will once again go on tour throughout the United States with the All Starr Band: Steve Lukather, Todd Rundgren, Gregg Rolie Band, Richard Page, Warren Ham, and Greg Bissonette.

At exactly 12 pm Pacific Time, “Peace and Love” was then chanted by Ringo and Joe Walsh with the crowd following, to spread the message worldwide.  Ringo threw out white wrist bands to the audience which Peace and Love were engraved into. 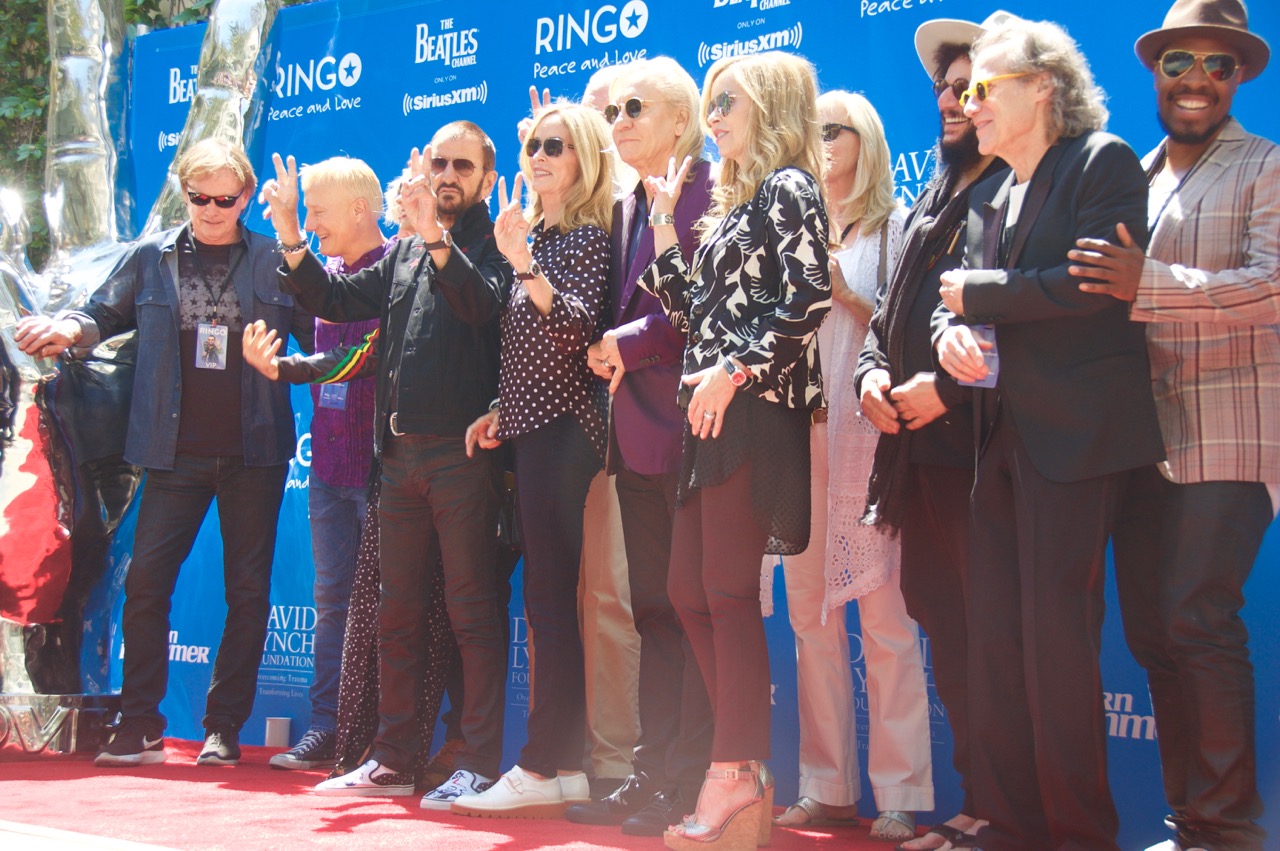 Happy 77th Birthday to Ringo Starr. May you keep going like this into eternity… being forever young and spreading this very important message to the world.

You can get more information on Ringo at www.ringostarr.com

To preorder Give More Love: https://UMe.Ink.to/GiveMoreLove

ScareLA Celebrates Its 5th Anniversary And Makes A Move To L.A. Convention Center for 2017 @ScareLosAngeles