I was visiting Lagos Nigeria in July 2015, and I had the good fortune to book a commercial for Fidelity Bank. While I was on the set, I sat next to Abayomi Alvin Towase, who was an actor/model in the entertainment world, and we talked for quite a while as we waited to be called for the shoot.  Since that time, Abayomi Alvin Towase has become one of the hottest up and coming actors in Lagos. 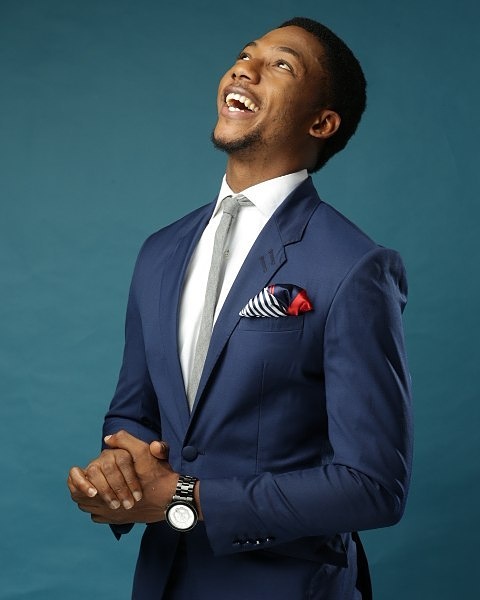 Recently,  Abayomi has acted in four films,  plus he plays a few different characters on television shows. Here is my interview with Abayomi Alvin Towase.

The Hollywood 360:  Talk about how you got started in acting/modelling.

Abayomi Alvin Towase: Acting started for me as a kid in Primary school. I got my first role during one of our end of the session school plays. From there, the passion grew. At 17, I enrolled for a two-month acting course my church organized. At 19, I started professional acting.

While modelling for me, started in 2010 when comments started rolling in about how good my physique was. I had my first shoot in 2011. I registered for a state pageant, Mr. Ideal Osun State which I won.  Later, I went on to win the national version, which is Mr.  Ideal Nigeria in 2012.

Since then I have been featured in various shoots for top designers, walked various Runway shows in Nigeria, and also shot various commercials for top brands in the country such as Fidelity Bank, Orbit gum, Lumos, Big Brother Brother Nigeria,  just to name a few 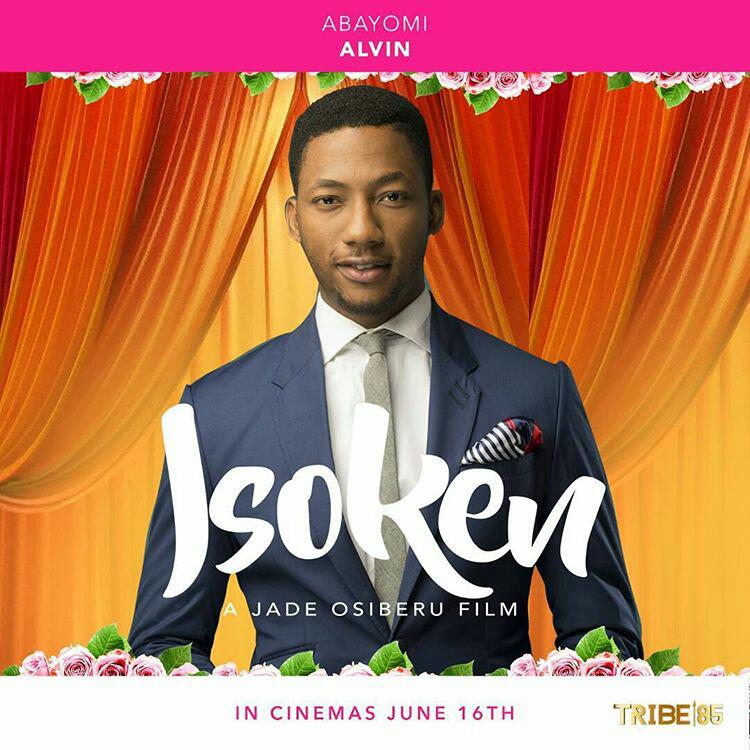 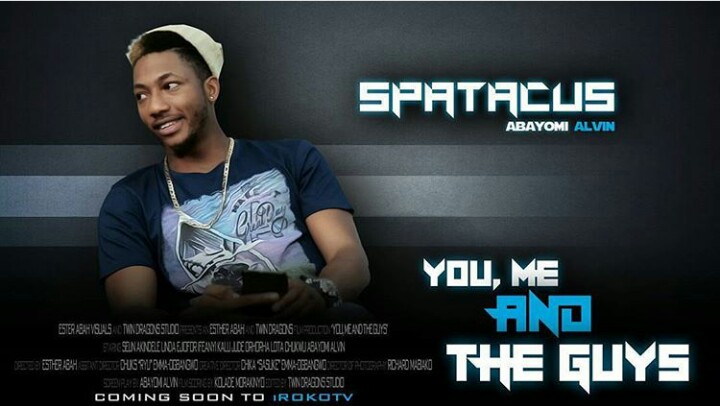 The Hollywood 360:  You are in three movies presently.  Please talk about each of them.  What role do you play?

Abayomi Alvin Towase:  I have done more than three actually…  Isoken, You, Me and the Guys, Mentally, and Girl Next Door.

The Hollywood 360:  Where were they made?

Abayomi Alvin Towse:  They were all produced in Lagos, Nigeria.

The Hollywood 360: Tell us a tiny bit about each storyline.

Abayomi Alvin Towase: Isoken has been released in both UK and Nigerian cinemas already. It is a romantic comedy based on a single 34-year old Nigerian woman who is looking for love.

You, Me and the Guys is also a romantic comedy written by me.  It is currently showing on Irokotv.com.

Girl Next Door is a Romantic Thriller, yet to be released.

Mentally is a comedy and it is premiering in Nigerian cinemas on September 29. 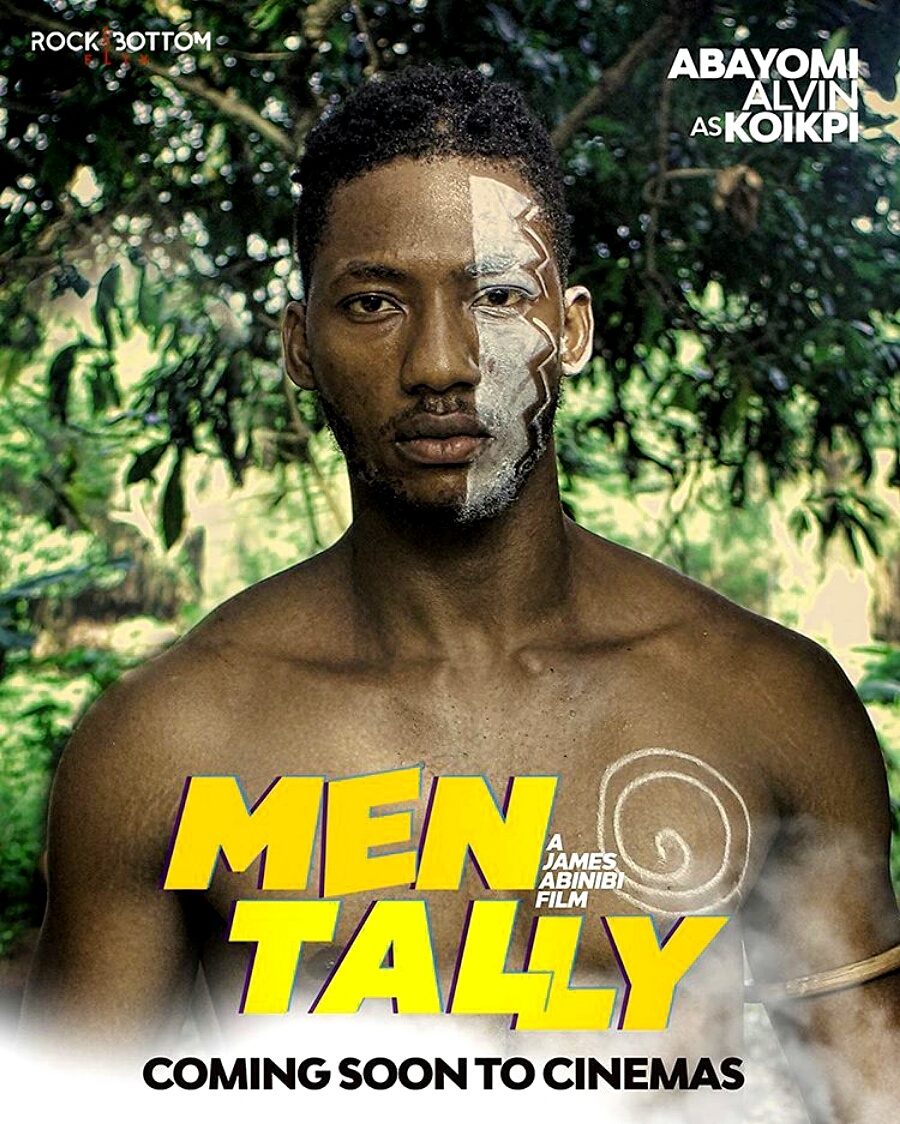 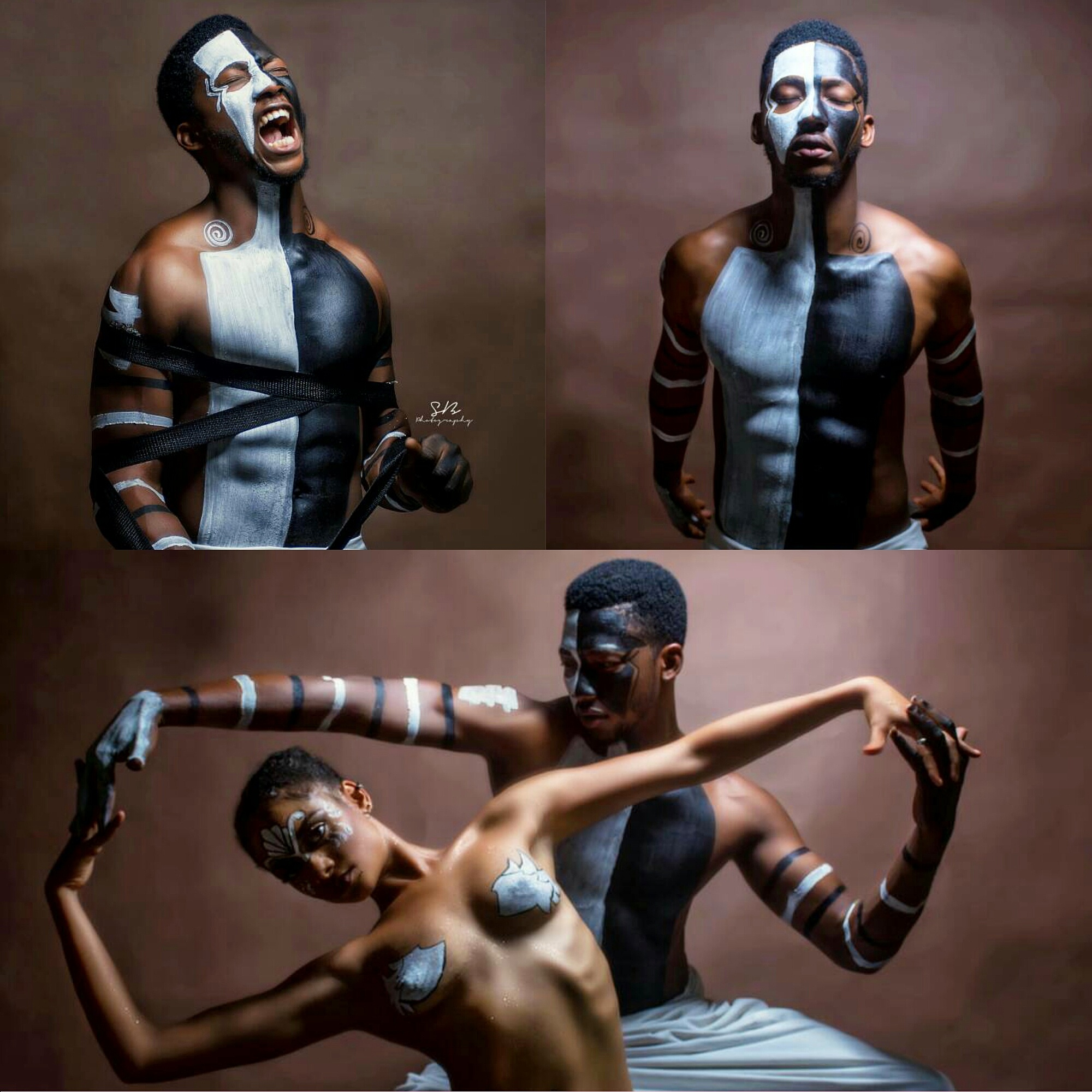 The Hollywood 360: Talk about your character in each film.

Abayomi Alvin Towase: I played Nosa, the younger Brother to the Lead Character in Isoken. He is a goofy guy who is interested in his elder’s Sister’s friend and wants to make money, while he puts in little or no work

I played Oladele AkA Spatacus in You, Me and the Guys… The younger half brother of the lead character. He is a wannabe musician who doesn’t have any talent.

I played Hakeem in the Girl Next Door, who is a brilliant young graduate of Mechanical Engineering.  He is very naive when it comes to the opposite sex.

I played Kpoi-Kpoi, in Mentally, a good friend of the Prince and also one of the village hunters. 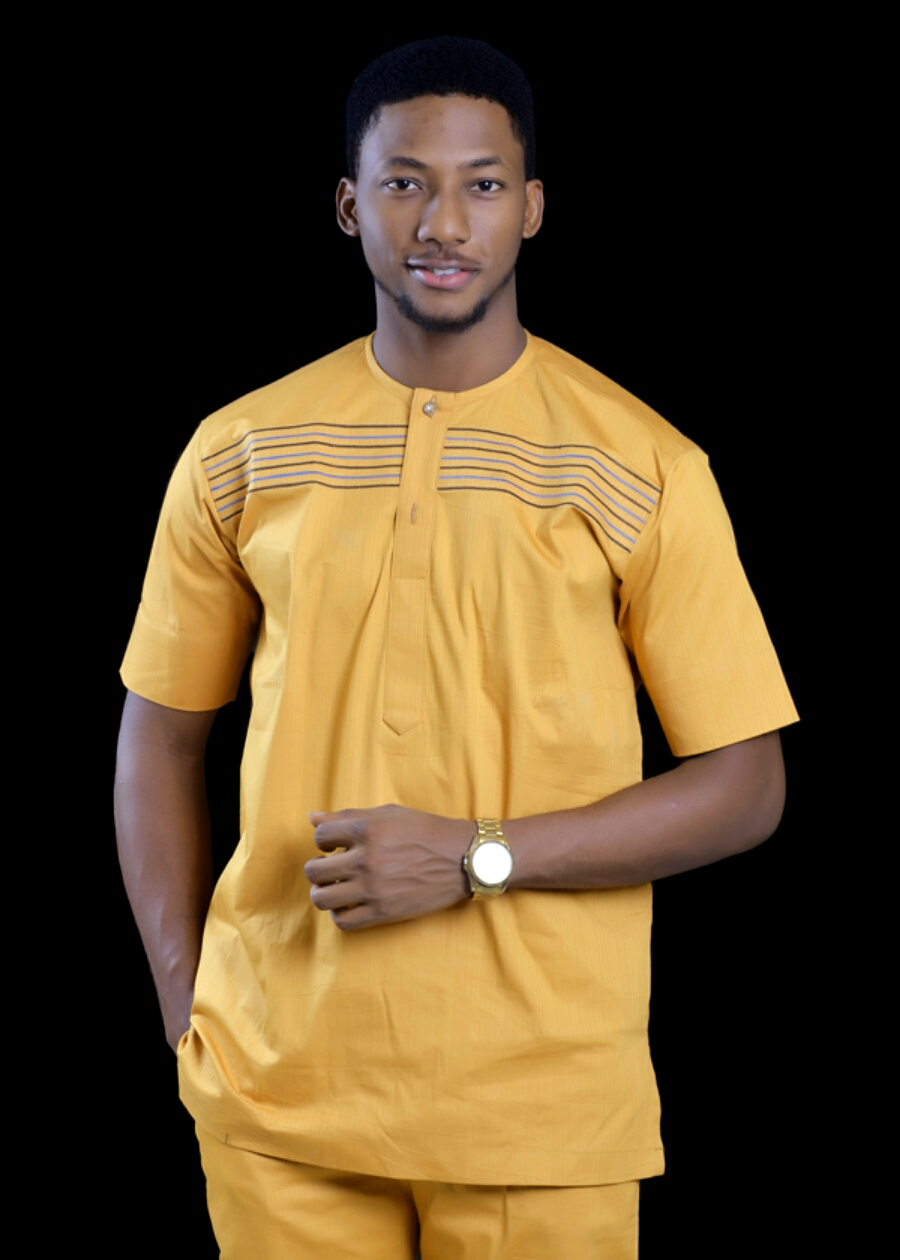 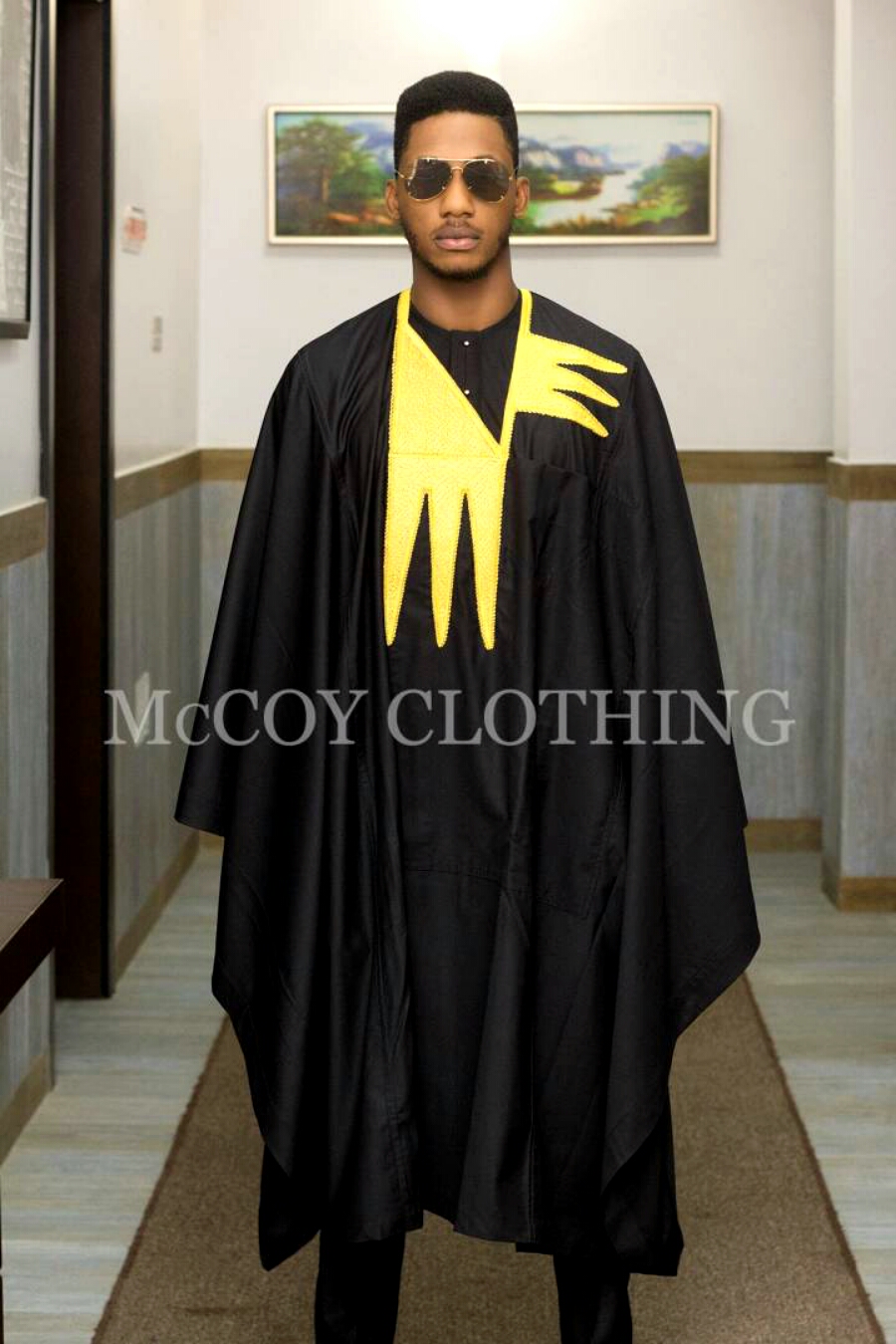 The Hollywood 360: Please give us some information on the directors of the films and how you have worked with them as an actor.

Abayomi Alvin Towase:  I was working with the Director of Isoken -Aunty Jade (Jadesola Osiberu) as I call her – it was really fun. She is a woman I respect a lot. The two things I admire most about her are her attention to detail and her smile. She has one of the most charming smiles I have ever seen.  I will definitely not hesitate if the opportunity to work with her pops up again.

Esther Abah, the Director of You, Me and the Guys– is another young female director I admire so much.  Her hard work gives one the desire to achieve one’s best. We have started working on another movie together…

Brandon Jose is the Director of Girl Next Door.  He is one of the most humble directors in the game.  He pays attention to details, listens to his actors and gets the best out of them.  He is a director I would love to work with again.

Mentally is a script that has got to be the craziest script I have ever read. I laughed so hard when I read it.  Mentally was written by James Abinibi who also doubles as the Director.  We have worked together on different photo shoots before, but Mentally was the first time I worked with him on a movie set.   I hope it will not be the last. 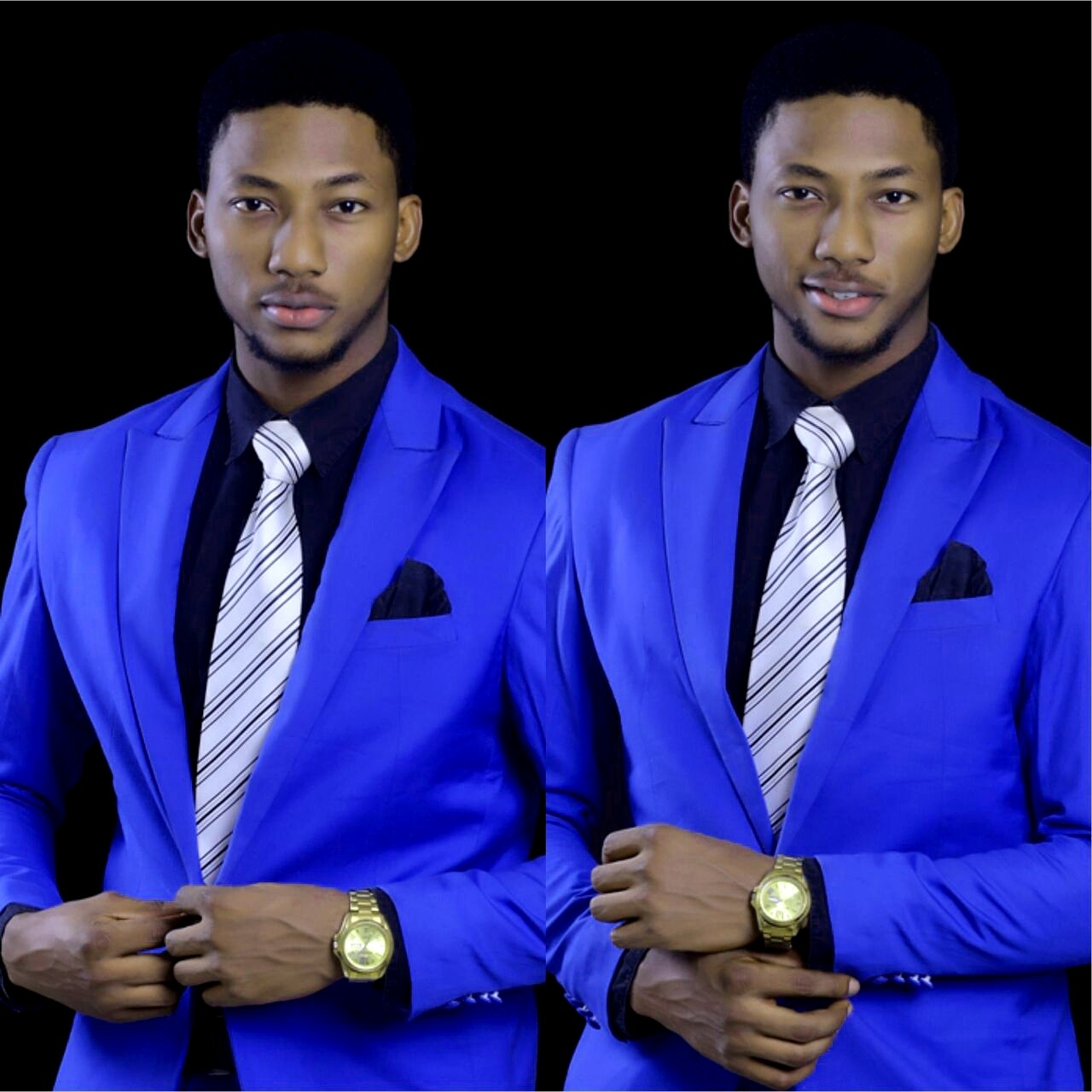 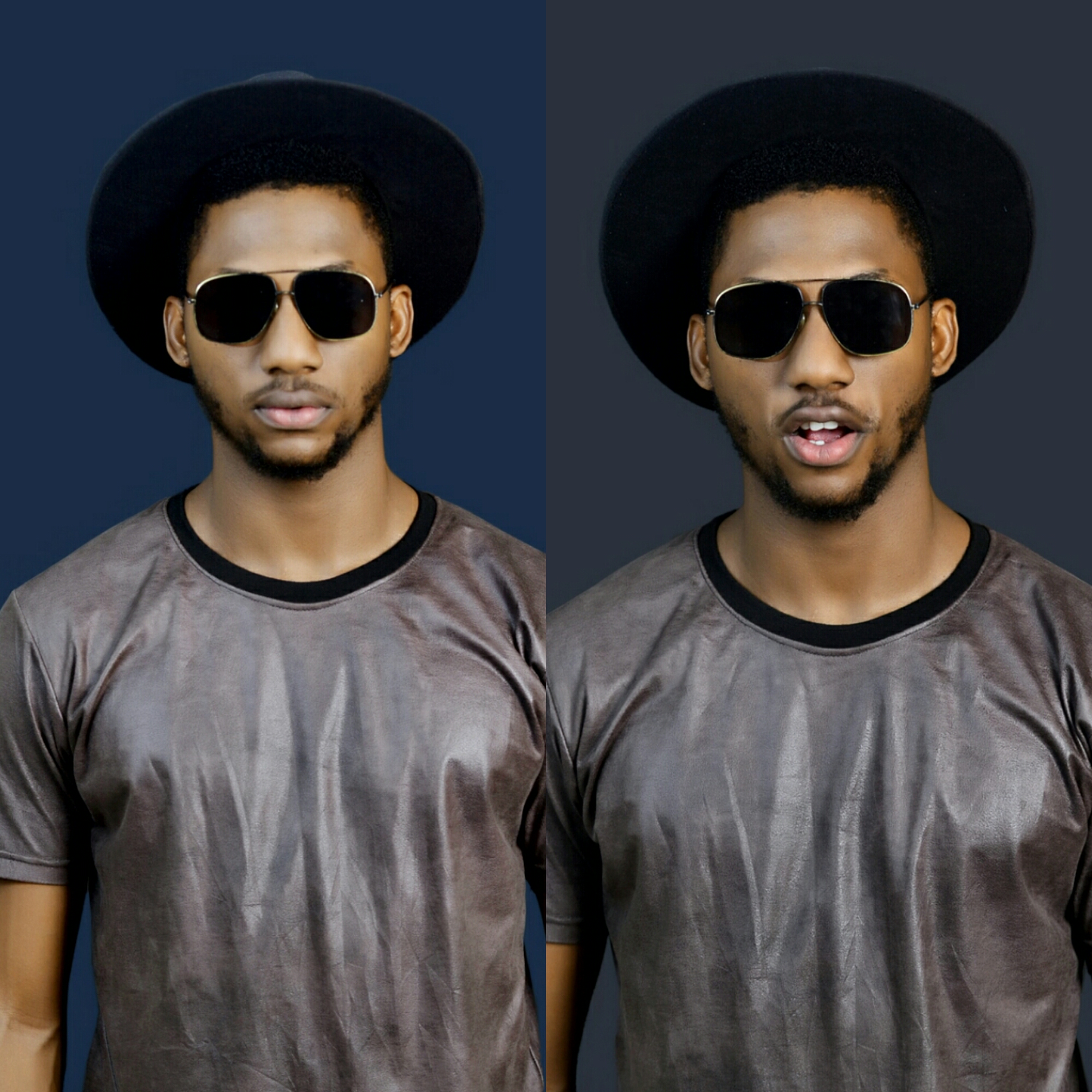 The Hollywood 360: Please also talk about the television shows you are in and what roles you play.

Abayomi Alvin Towase: I play Austin on Jenifa’s Diary, who is a young man trying to break out of the strings of his mother who dotes on him like a baby. It shows on Sceneonetv.com,irokotv.com,  Africamagic Urban, AIT, Wazobiamax and NTA.

I play Sewedo on Jemeji, a Mnet production.  He is a young American returnee who will do anything to succeed his father as the next Chief of Aji village.

It shows on Africamagic Showcase. 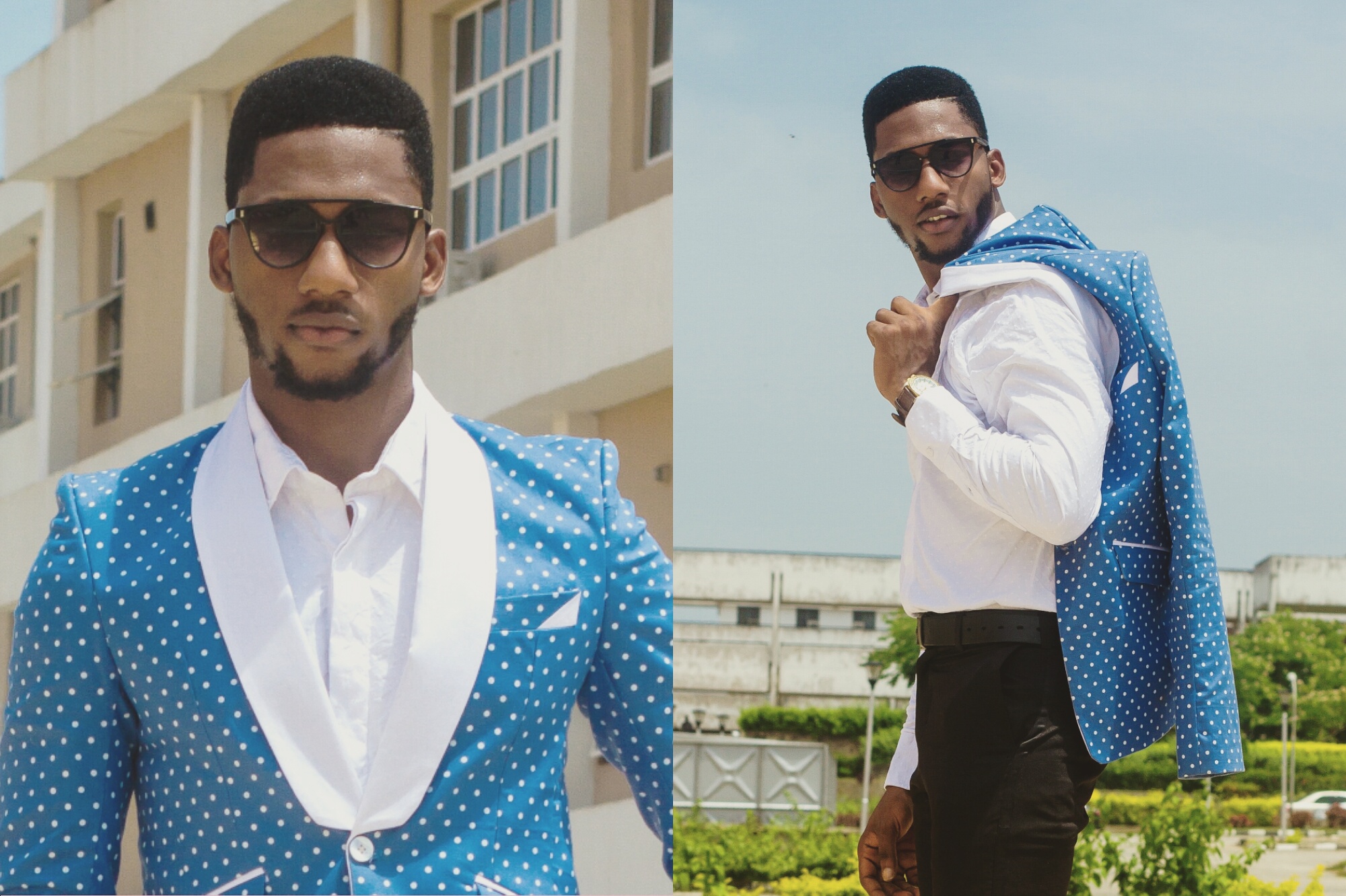 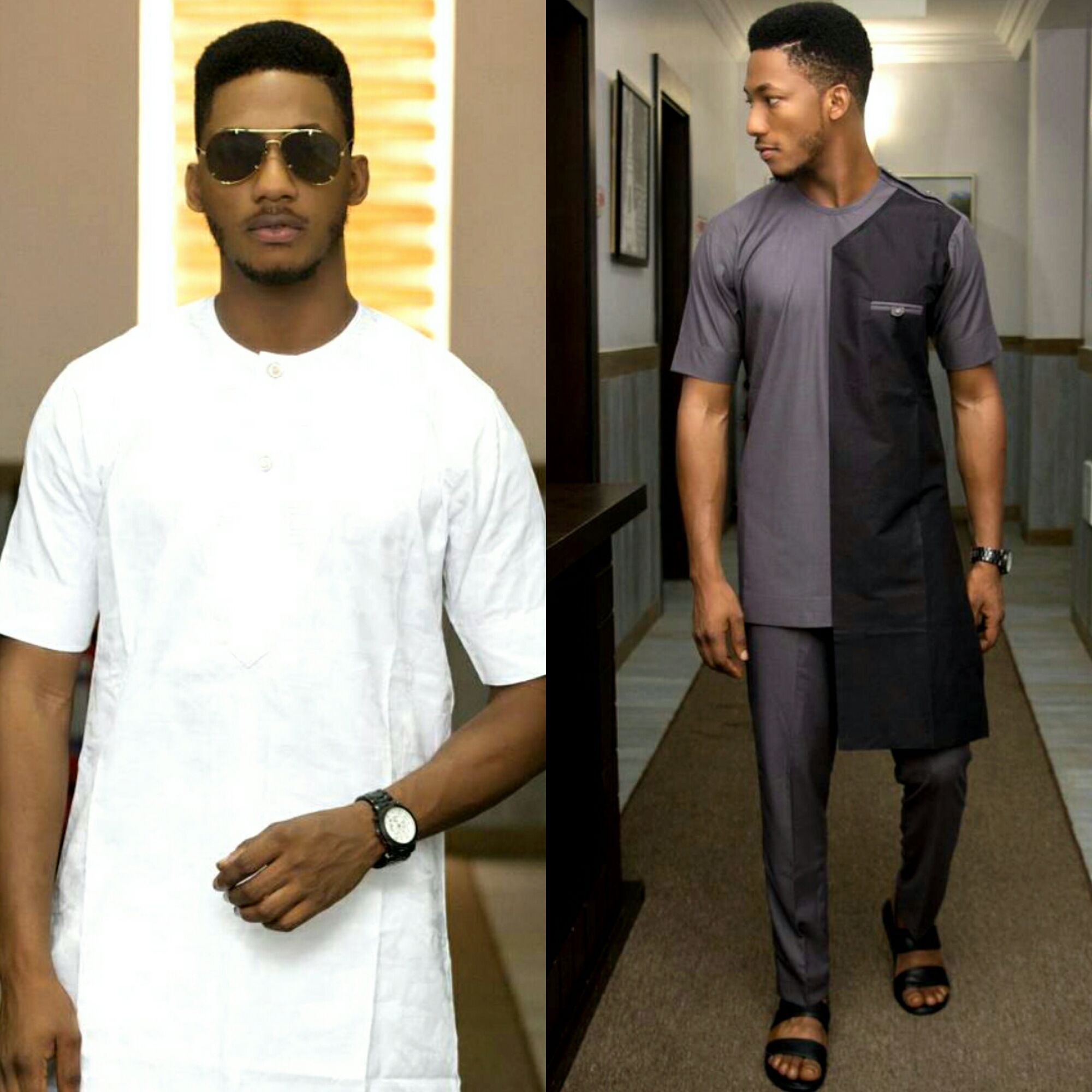 The Hollywood 360: You have some individual projects of your own like the “Annoying Neighbor.” Where did you get that idea?  Where can people view your videos?

Abayomi Alvin Towase: It is a comedy skit I release every weekend on my social media pages.

It was an idea that developed from the various experiences I had with some of my neighbours when I was at the University. I have gotten very favourable comments on my pages.

The Hollywood 360:  How do you see the Film/Television Industry in Lagos…how might it differ from LA film industry?

Abayomi Alvin Towase: Both industries are definitely growing in all ramifications.  More talent is coming in… More audiences are being reached both locally and internationally… The technical aspect of production has improved greatly, and filmmakers are getting more income.

It differs from Hollywood in so many ways…we don’t have the same type of budgets, equipment, the technicality, the duration on set, the income, and so on … but the beautiful thing is that we are having more filmmakers telling our stories to an international audience who wants to watch. We are not there yet, but we are improving day by day. 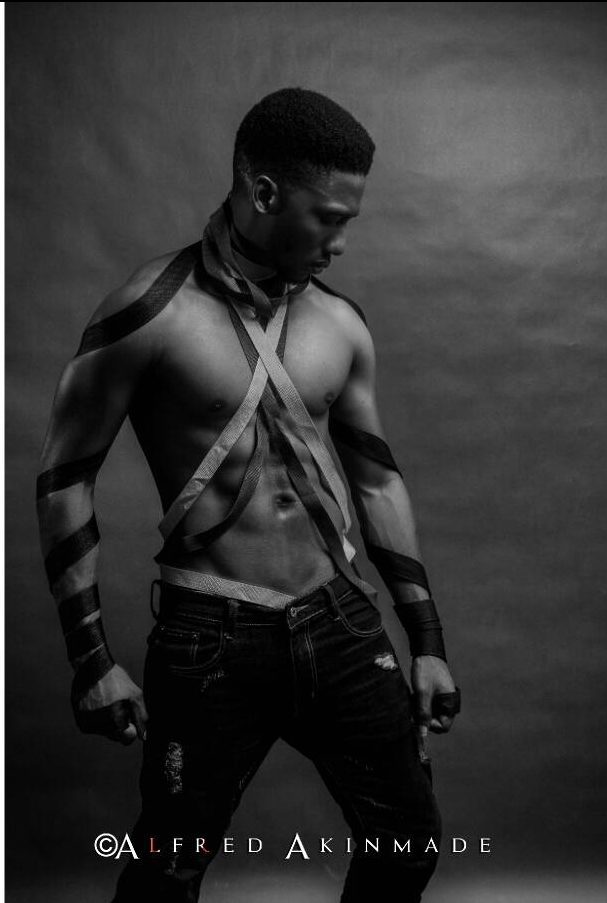 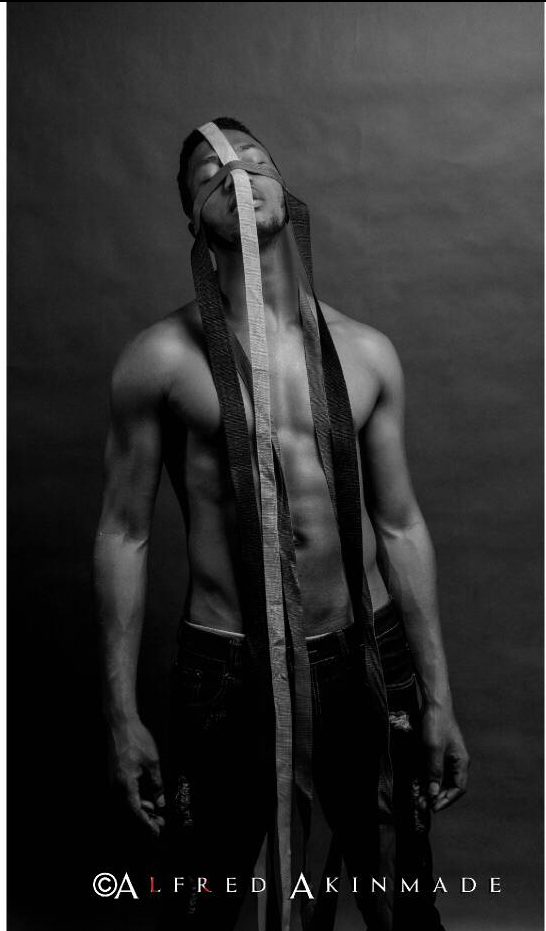 The Hollywood 360:  What are your future goals for yourself? 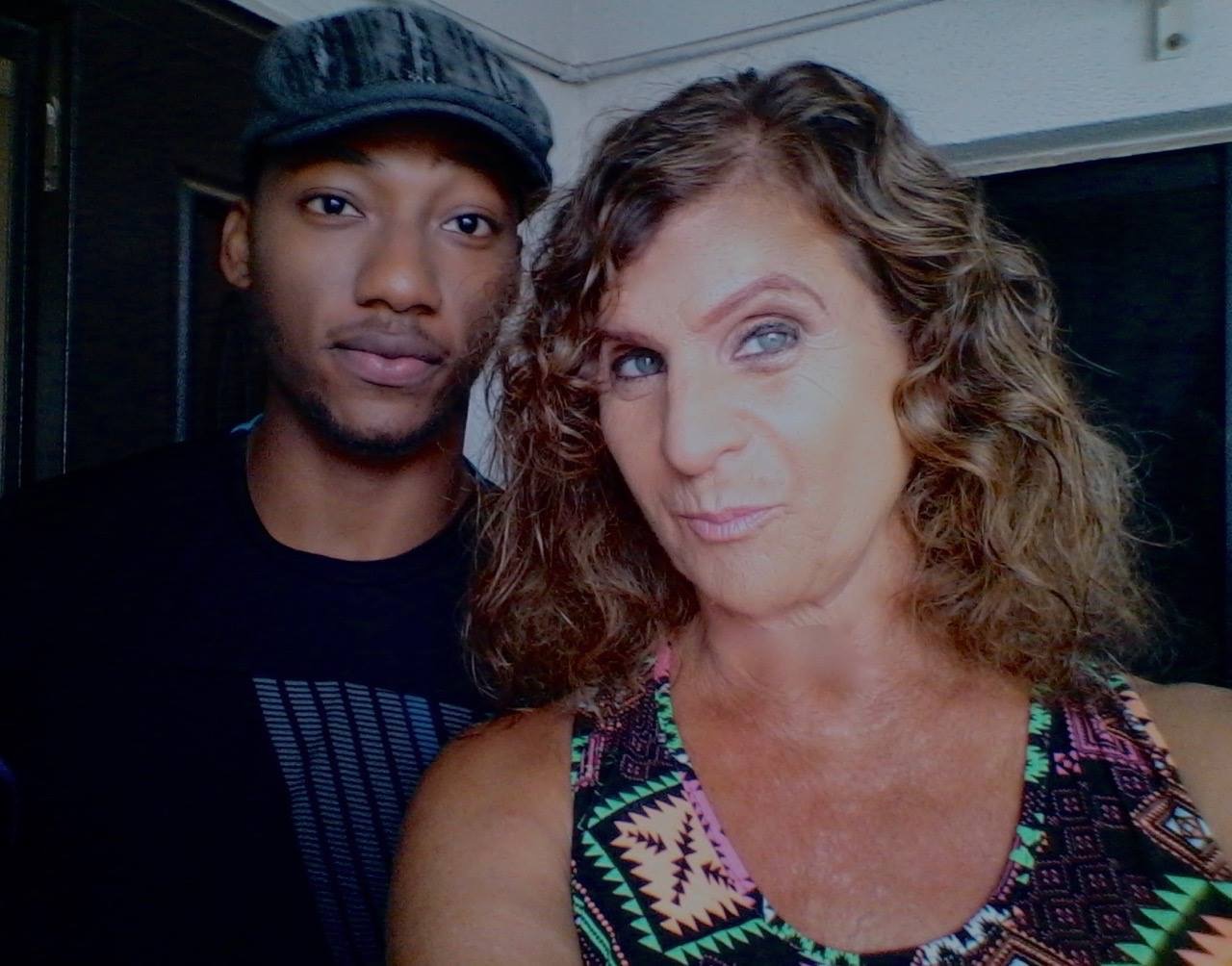