The Women’s International Music Network (the WiMN), is thrilled to announce the 2017 She Rocks Awards honorees. Paying tribute to women in the music industry, the fifth annual She Rocks Awards at the NAMM show will take place on Friday, Jan. 20, 2017 at 7:00 p.m. at the Anaheim Hilton Hotel in Anaheim, Calif. Tickets are available for purchase at sherocksawards.com. 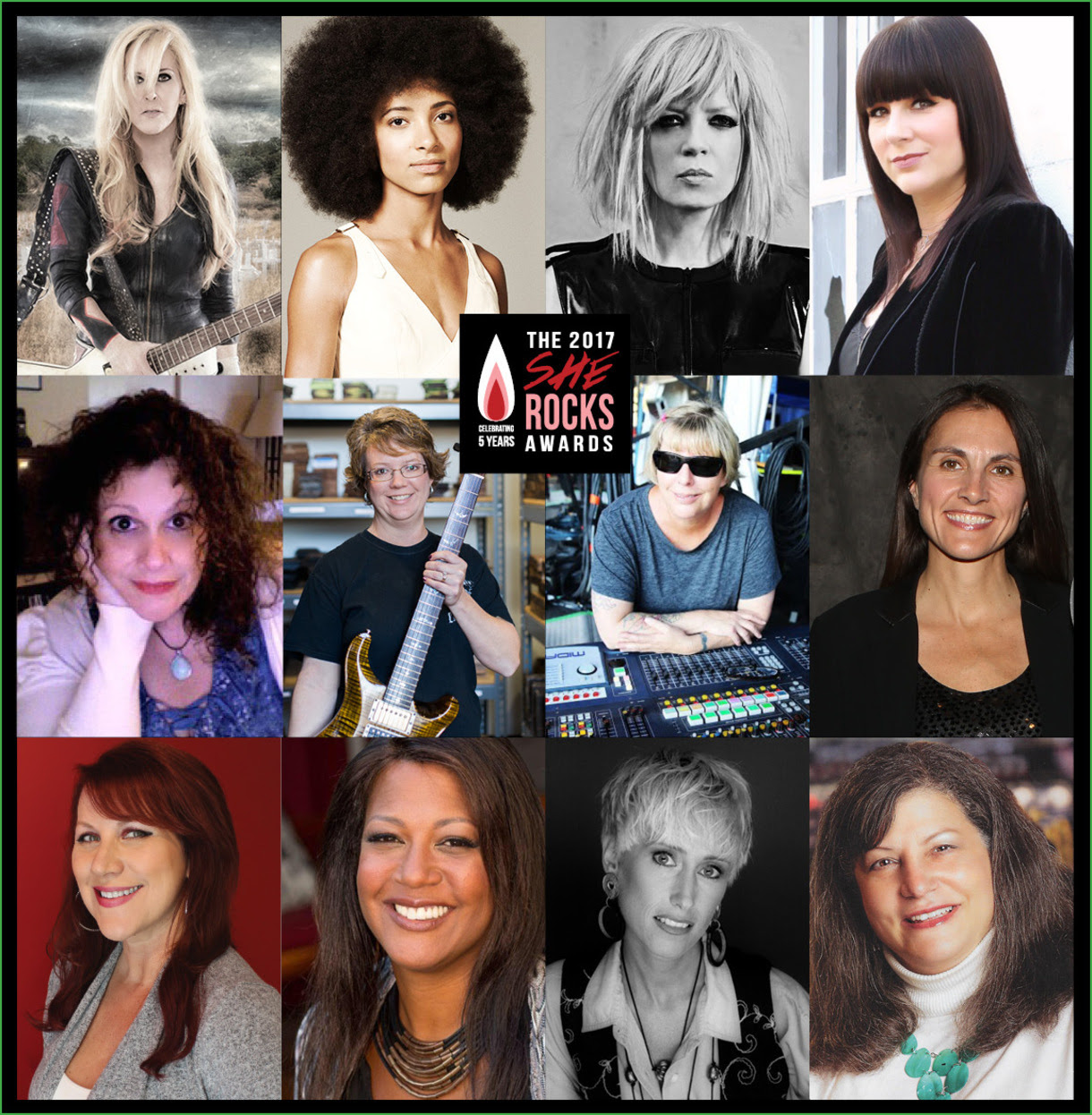 The 2017 She Rocks Awards recipients include:

“We are excited to recognize our 2017 honorees, who come from diverse areas of our industry. Each has made her contributions in her own, unique way, inspiring and energizing others. We look forward to honoring them all and sharing this celebration of women in music,” said the WiMN founder, Laura B. Whitmore.

In addition, the She Rocks Awards will host the album release of She Rocks Vol 1, A Collection of Kick-Ass Guitar Goddesses, a compilation of eleven virtuoso female guitarists produced by Brad Tolinksi and released on Steve Vai’s Favored Nations label. Performances from the artists on the CD will be included in the program 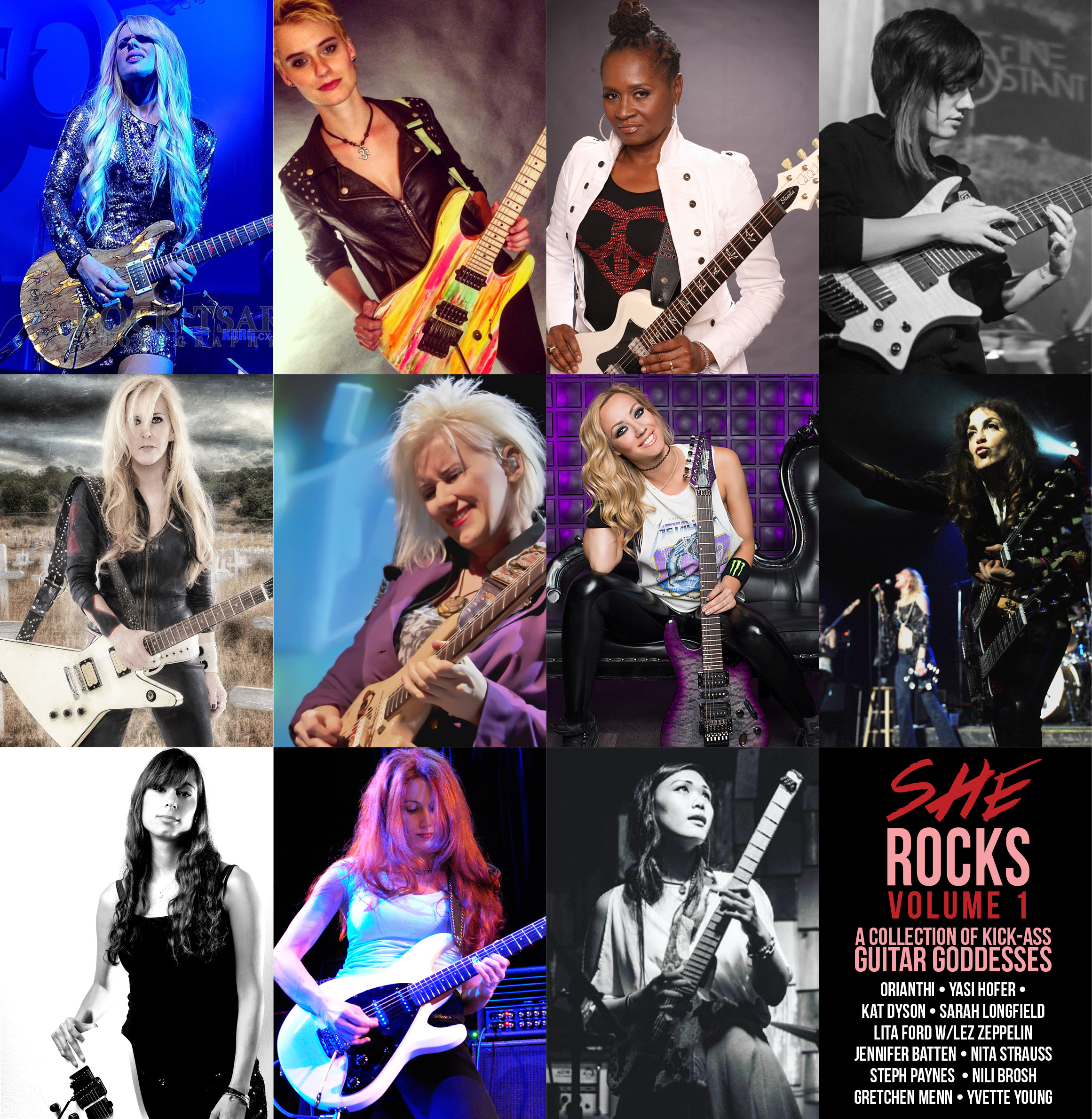 The She Rocks Awards will open with a performance by Brandy Robinson, winner of the #SaveAGuitar opening act contest. The house band for the show, Rock Sugah, is led by bassist Divinity Roxx and features Kat Dyson on guitar, Benita Lewis on drums and Lynette Williams on keys. 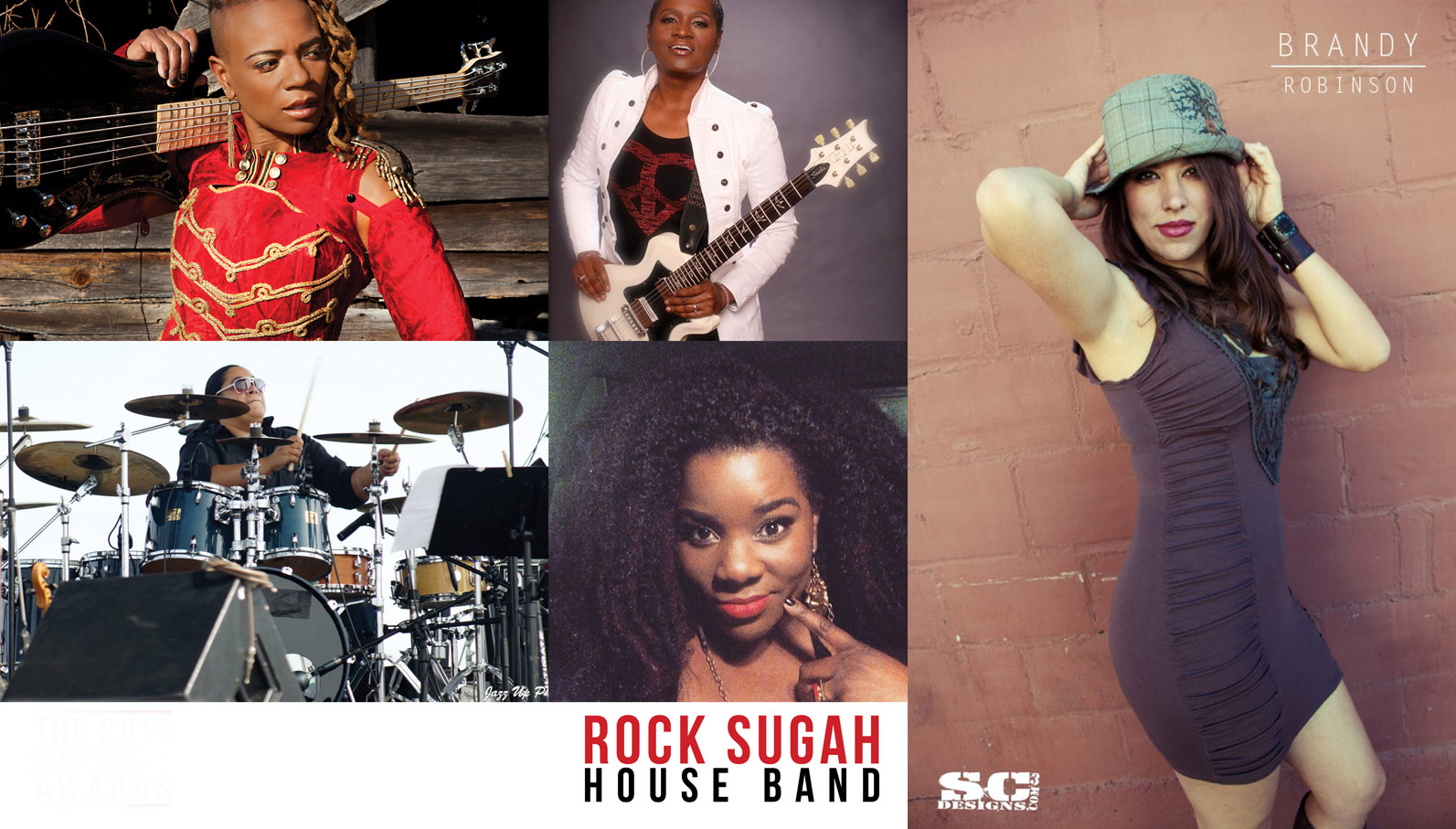 Gearing up for its fifth consecutive year, the She Rocks Awards pays tribute to women who display leadership and stand out within the music industry, and has become a standard at the NAMM Show. Previous award recipients include female industry leaders such as Chaka Khan, Jennifer Batten, Karmin, Colbie Caillat, Sheila E, The Bangles, Orianthi, Dinah Gretsch, Craigie Zildjian, Janie L. Hendrix, Amani Duncan, Mary Peavey, and more.

With featured performances, food and beverages, giveaways, networking opportunities and more, the She Rocks Awards brings together industry professionals, music icons, artists, fans, and media to celebrate women in music. 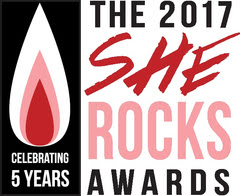 This event has sold out for the past four years and does not require a NAMM badge to attend. The She Rocks Awards will take place on Friday, January 20, 2017 at 7:00 p.m. at the Anaheim Hilton Hotel. Men are welcome, too!

Tickets are on sale now at sherocksawards.com.