I was lucky enough to attend a recent performance of “The MaD JaCKRaTS” improv comedy group. The show was located in the newly renovated Theatre 68 space in North Hollywood. Jovial and upbeat people mingled and talked until the lights dimmed and Lauren Patrice Nadler came out to welcome us. She’s so genuine and clearly cares about her work and her students. I really like this woman. She’s good for Hollywood.

Lauren introduced the cast and the first number began, a scripted musical. T’was a feminine-power opening, about women who have been scorned by men with shortcomings. The lip-syncing was fun to watch, and one by one the women rather graphically kill the men, which was quite enjoyable. The scene was capped by a large black man in a wig playing a God-fearing Southern belle, which was a hilarious twist on the whole skit.

After that, the long form improv began with an audience suggestion. Characters start up while others touch in and out from the sidelines. The tempo was controlled and directed Nadler as she sounded bells that sent skits from the present into flashbacks, or even deeper flashbacks, before returning the cast to the present with another ding of the bell. I definitely appreciate her timing. It’s unique, unpredictable, and a fun ride for the audience!

The actors inhabited such strong and well-defined characters. I would say that is a testament to their talent mixed with Lauren’s coaching. Available costumes and props gave them lots of great options to create with.

Improv is hard, really hard. It requires thinking on your feet and keeping a lean towards comedy, all while fleshing out convincing and endearing characters that an audience can believe. It’s bloody tough. With this particular show, the bell element sending us all to a flashback scene that is to be created out of thin air adds a nice extra dose of chaos. I would like to point out that the actors were seamless in their transitions, and that the fun and consistency they brought to the scenes made the whole ride engrossing. In poorly trained hands, this would have gotten confusing and uncomfortable!

Scenes highlights included a young kid learning table manners and falling in love; a grumpy off-duty New York cop running his own tattoo shop where he accidentally started a zombie epidemic through a grandma; and a North Korea prison camp where almost everyone turned out to be an undercover spy for as long as 5 years.

Ahh, the beauty of improv. It’s soooo risky, takes real bravery to get up there and wing it. But spaces exist in America (doubtful in North Korea) where people gather to watch other people risk in a whole-hearted go at entertaining friends and strangers. In any art form I give 500 points just for being brave enough to present your work. Tonight I’m reminded why improve gets 600. Cuz it’s art, but without the help of edits, manicuring and re-touches. Bravo to the Lauren Patrice Nadler Studio. 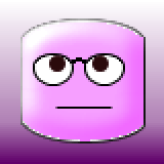