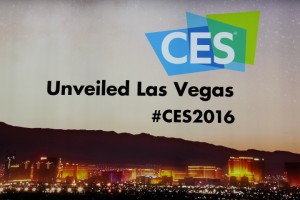 Even though the 2016 CES  does not officially start till [today] Wed. – Jan. 6, it’s evident the Consumer Technology Association [CTA], formerly the Consumer Electronics Association [CEA], who owns and produces the CES, is very appreciative of the coverage reporters, industry analysts, tech gurus, and writers give the event, by hosting the CES Unveiled Las Vegas – an exclusive industry analyst or member of the press event held Mon. – Jan. 4, at the Mandalay Bay South Pacific Ballroom.

Companies such as 10-Vins, TrackR, Airmega, WowWee, Kidde, Parrot, Brydge, Rumfelt [Gmbh], Altia Systems, Coway, among countless others, including the 2016 CES Innovation Award Honorees,  were eager to give the press a preview of their latest innovations ranging from robotics, wireless and mobility, wearables, the Internet of Things, health and fitness, 4k Ultra HD, sensors, 3D printing, and automotive technology.

Enthusiasm and curiosity was obvious as the crowd gathered near the WowWee [booth], who were demonstrating what a cute little robotic dog dubbed Chip, can do.

Due to bad bluetooth interference, Chip, was not able to fully complete all his [command] capabilities, however – what I witnessed, along with his eyes lighting up was enough to spark interest, this is what I also learned about him.

“Chip is our latest robot, who walks, sits, lays, and runs around like a real [small] dog, he has a full navigation system, so you can actually see where his smart band is, where his charging dock is, and where his bracelet is. You wear the bracelet and he knows where you are, he gets excited when you come home and he will run up to you. You got a few controls on the key pad [here], so if you like something he does, you can give him a thumbs up and he will do more of that and that way he will evolve and his personality evolves to your preferences. He can bark and make a lot of sounds and also in the app we will have a little interpreter, so the app will translate for you so that way you will know what your dog is trying to convey,” eloquently explained Davin Sufer, Chief Technology Officer, WowWee [Canada, Inc], who was demonstrating how Chip would also play with and retrieve a small soccer ball.

camera that fits in the palm of your hand made by Kidde. As I inquired, this is what I learned.

“What is neat about this camera is a couple of things, one it is wireless, it has a magnetic base, so it can mount nearly anywhere in your home, it can turn in any angle because [again] it just has a magnetic base, so you can set it to capture [almost] any angle. It has a long battery life, one charge will last about three months, nice long life on one charge of the battery. Upon arming the camera which you do by downloading an app [to your phone or tablet], you go through the motions, it takes about 5 minutes to go through the motions and get the camera all set up and when it’s arm it will automatically send video to that app upon sensing motion. You can arm it all the time or you can set to start recording upon sensing motion,” explained Heather Caldwell, Communications and Marketing Manager, Kidde. “You can manually disarm it, so if you have the app and [for example] you know your family is going to be home, you can disarm it so it’s not sounding while your kids are eating or your wife is doing something. It also has a pet sensor, so it will not go off just by having your cat or dog walk in front of it. Another cool feature, with the camera off, you can get [request] 30 second videos on demand, you can review the video, keep it, deleted it, or share it on social media if you like. The camera sells for $180 dollars, and it is available at Home Depot, through Amazon or our website.”

On the subject of cameras, another slim camera built by Altia Systems, that also caught my attention, is the PanaCast 2, a Panoramic [180˚ wide, and 54˚ tall field-of-view ] 4k Plug-and-Play USB real-time video camera that can fit in your pocket.

“The camera’s focal view captures what is equivalent to two monitors place side by side, it’s like having the equivalent of three cameras working simultaneously and via our free PanaCast ePTZ app, it enables the user local control of digital pan, tilt, or zoom of superb [4k] video in real-time with a human visual perspective, perfect for Skype, WebEx, Zoom, Citrix or any other video shooting application,” explained Aurangzed Khan, Pres., CEO, and Co-founder, Altia Systems, in a simplified manner.  www.altiasystems.com

As my journey continued, I ran into some beautiful looking and great sounding wireless speakers, by Rumfeld GmbH, a company of Berlin Acoustics Group, that would compliment any living room or home setting, and briefly spoke with a company representative to see what i can learn.

“We are showcasing our multi-room high fidelity streaming system, it’s a  full line up of products you see here from an all in one system [the D1S] starting for $249 dollars, and going all the way up to $2500 dollars for the big floor standing speakers. They are all active, you connect them to your wi-fi at home and you control them via an app IOS and [or] Android for tablet or mobile, and we have various streaming services integrated, and what makes us different we come from a background were audio and hi-fidelity is our bread and butter business. Rumfeld, as a brand is eight years old, we have been selling [the speakers] in Europe for more than five years, our sister company is 35 years old, so we have quite a heritage in audio. We develop and design everything in-house [software and hardware] so everything you see here has been created in Berlin,” eloquently explained Sascha Mallah, Chief Marketing Officer, Raumfeld GmbH. “We offer a free 8 week [test] trial period for customers to try our products, with a full refund if one is not satisfied, and coming Spring this year we will integrate Google Cast which will bring us 52  streaming services, the likes of Pandora and other streaming services will be part of it.”

With smog and air pollution on the rise, air quality is of most importance to some, I found a unique and smart air purifier with some unique distinctive characteristics dubbed as, “a smarter air purifier.”

“Coway, is the name of the company, the name of the product is Airmega. Airmega, is a smart home air purifier, what makes it a smart is that  it has a particle sensor in the front to detect the air quality in your home in real time, it has three different fan speeds and when it detects [it has] poor air quality the fan speed will go to high and with the dual suction will suck in all the air until all the air in the surrounding area becomes pure [healthy], ones it becomes clean, it will go back to low speed on its own, so it’s more energy efficient. It also comes with a mobile app you can use to operate, control, and monitor the air quality in and outside of your home. The largest one which covers an area of 1500 sq. feet goes for $850 dollars, and the smallest one which covers 1200 sq. feet goes for $650 dollars, and will be available in February and will ship in March [2016]. When it is in the smart mode and it detects the light are [off] or low for 3 minutes or so, it will automatically go into sleep mode, meaning it will power down to a slower fan speed and the lights will dim [shut off] so you can go to sleep peacefully,” explained Rich Lim, Group Account Director, agenda: [agency onsite who represents Conway].   htpp// www.airmega.com/

Another company which caught my attention was Brydge, who were displaying their complete line of stylish and cool keyboards.

“We built 100 percent aluminum body premium keyboards for ipads, ipad Mini’s [1,2, & 3], and ipad’s Air and ipad Pro, that allow the functionality of an ipad, at the same time the productivity of a MacBook,” explained Nicholas Smith, CEO & Co-Founder, Brydge [Keyboards], who added, “they will be available in March, ipad Mini keyboardss for $129, ipad Air keyboard for $149, and currently ipad Pro keyboards are currently in back order.”

Drones who have recently [within 3 yrs.] become very popular and at the same time controversial, also had a presence at CES Unveiled Las Vegas, Parrot, unveiled an interesting looking and very different drone dubbed the Disco.

“The Disco, is Parrot’s consumer fixed wing drone, and what makes it different than your usual quad copters that you see is that it goes faster [50 mph], which is extremely fast for a drone, and has a longer battery life [it last 45 minutes], and it also has a lot of cool safety features, if it loses the wi-fi [gps] connection or the battery gets low, it will automatically fly back to you, it weights 1.5 lbs. and you get a very immersive view, it makes you feel like you are getting a bird’s eye view from the onboard camera,” explained a Parrot representative.

For more information regarding the 2016 CES, log on to www.cesweb.org

The International CES is the world’s gathering place for all who thrive on the business of consumer technologies. It has served as the proving ground for innovators and breakthrough technologies for more than 40 years—the global stage where next-generation innovations are introduced to the marketplace. As the largest hands-on event of its kind, CES features all aspects of the industry. And because it is owned and produced by the Consumer Technology Association [CTA], formerly the Consumer Electronics Association [CEA], the technology trade association representing the $211 billion U.S. consumer electronics industry, it attracts the world’s business leaders and pioneering thinkers to a forum where the industry’s most relevant issues are addressed. Follow CES online at www.CESweb.org and through social .

From L.A. To D.C. John Lloyd Young Brings The Music!