“The Last Revolutionary” Chosen for The Pan African Film Festival 2017

The Last Revolutionary has been chosen for The Pan African Film Festival, 2017.  The Producer/Writer of the film, Levy Lee first wrote the story for a theater production which was shown in Los Angeles the summer of 2015.  Levy Lee Simon then raised money this summer to produce The Last Revolutionary, his original theatrical play and now screenplay.  It co-stars producer/actor John Marshall Jones as JJ and the amazing Marla Gibbs. The Hollywood 360 attended a private screening of the film and interviewed Levy Lee Simon, writer/actor/producer, JJ Marshall, actor/producer and Michael Brewer, director.

Levy Lee Simon commented to The Hollywood 360 about the themes covered in the story.

“Given what’s going on in today’s world…being a child of the 60’s and having witnessed what happened back then and how all those different elements helped to create change, I created the character of Mac.  There was Martin Luther King and the non-violent movement but behind that was this other element…The Black Panther Party, The Black Liberation Party, The Weather Underground who were people that were ready to take matters into their own hands and not take the abuse anymore.  You fast forward all these years later and we’re still going through some of the same things.  There’s been changes, don’t get me wrong, but the current events of these times take us back with the police killings…” 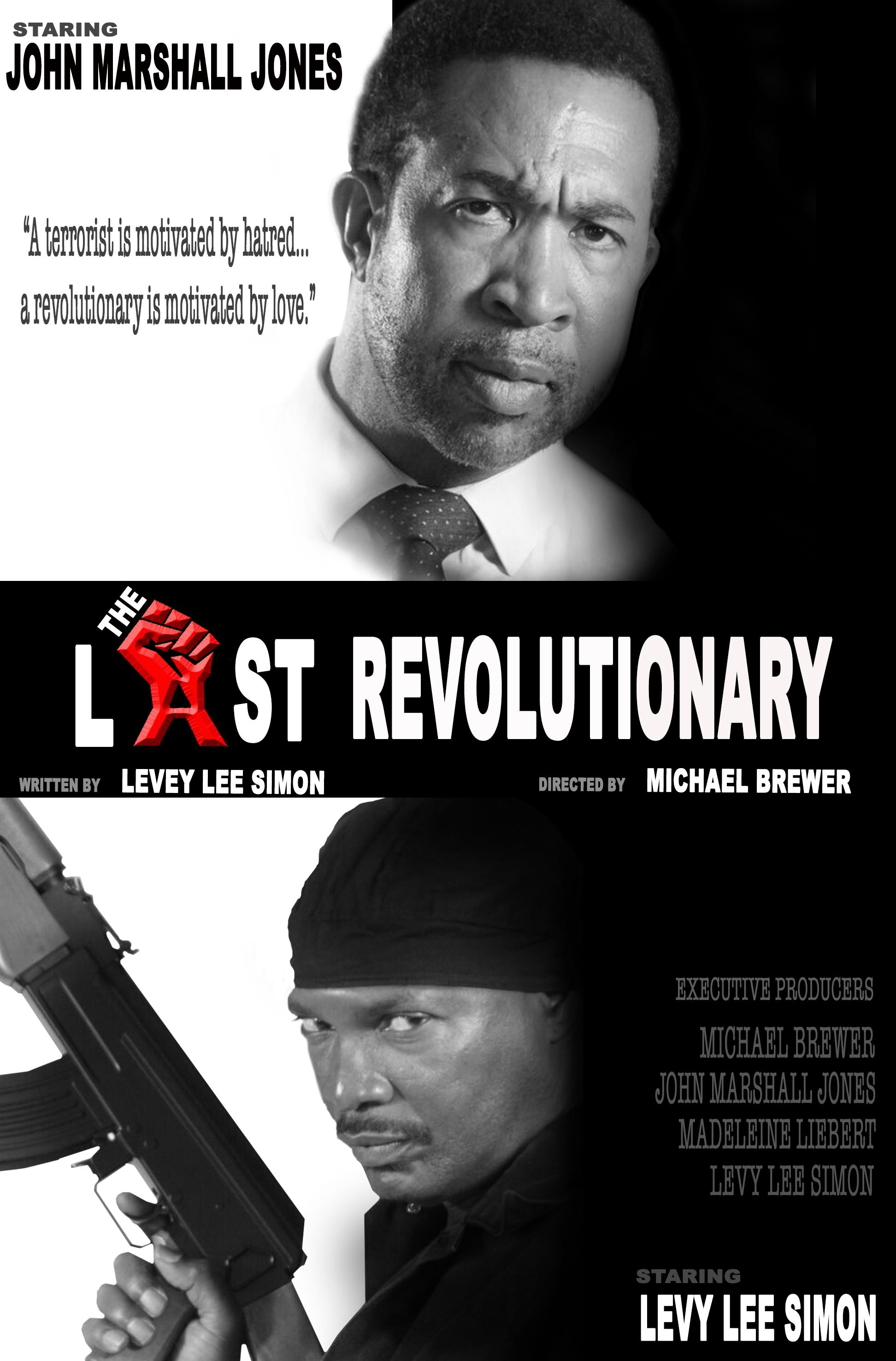 Here is why The Last Revolutionary succeeds as a film.  The story is poignant, funny, very relevant, and gives us an intimate look into two men’s lives that share a bond of friendship and mission. We can look at the word revolution in two ways: an actual action of a political activist to change the structure of society that fails to meet the needs of people, but also a revolution can take place in one’s character. A man can also over throw the way he is in life and make changes to his emotional and psychological self. We see Mac and Jack banter back and forth about their philosophy of living in today’s world as a black man. We see these two men also strut their stuff about what it means to be a man, a friend, and a successful human being.

JJ Marshall, Producer/Actor talked about what are the motivations around his character Jack.

“My character is caught in the middle of a schism.  He’s achieved tremendous success and at the same time his roots are in a revolutionary mindset of changing America.  He has become what he fought to change.  His relationship with Mac is that Mac hasn’t made that change yet.  Because he loves Mac so deeply, he can’t leave Mac behind, and at the same time, he can’t go on the journey Mac is trying to take him on.

Michael Brewer, Director, summed up why The Last Revolutionary was such an important film.  “ It is a very timely topic during a time when a lot of black men are being killed by policemen.  I’ve seen this happen in NY and different parts of the country through the 70’s, 80’s, and 90’s and here we are now with a black President and these things are still happening.  I want to use my talents as a film maker to help in some way in having a message against all these things that are happening.  We start this from a dialogue… two people talking about it, two friends who have very different thoughts about the violence and then taking some sort of action.”

Congratulations to all the cast and crew of The Last Revolutionary for their superb achievement.

The King and I Classic Musical Graces the Pantages Stage