Last December I had the pleasure to attend Keiko Matsui’s all acoustic concert which kicked off a turning point in this artist’s career.  In January she began working on the album “Journey to the Heart” which reflected the acoustic influence.  “Journey to the Heart” was released this past summer and hit # 1 on the Contemporary Jazz Chart Billboard after one week of its release. 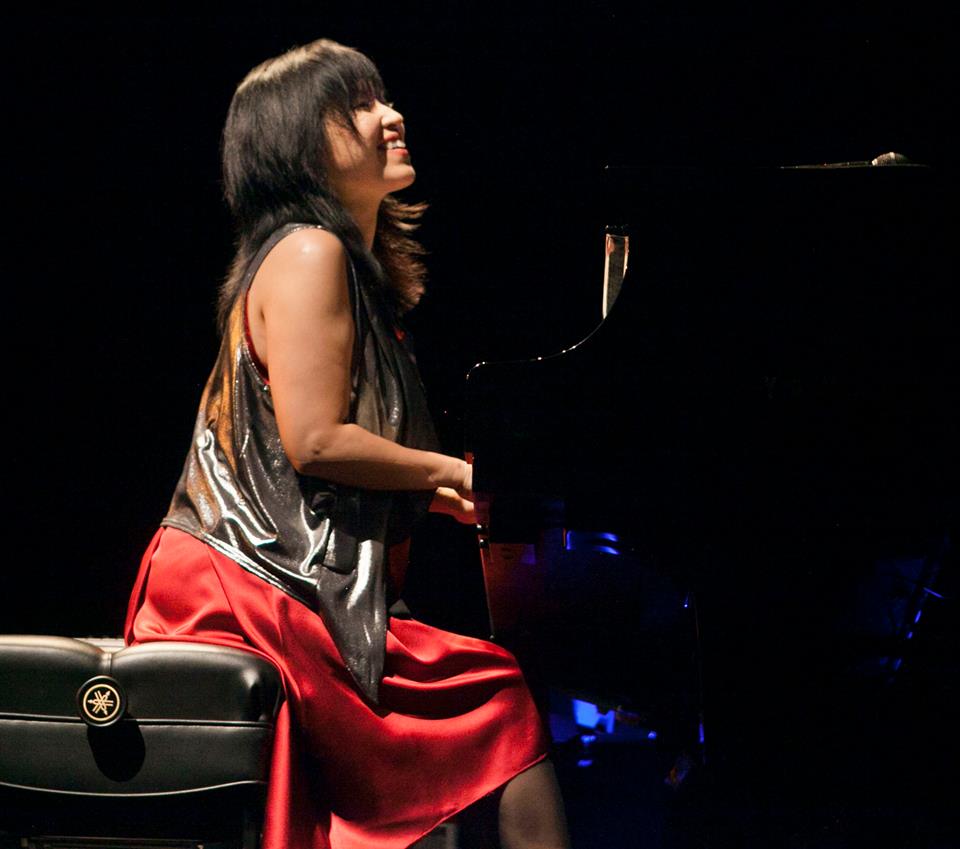 Keiko always strives for developing herself creatively…stretching the boundaries of her capabilities.  She is devoted to her fans all over the world and shows her appreciation tenfold.  I now have the good fortune of being able to call Keiko Matsui a friend.  Here is my review of her acoustic concert at the Aratani Theatre in Japan Town.

Keiko Matsui forever crafting the templates of her music…an artist who paints poetic melodies on the piano while combining her precise classical chops with the mystical sensual flavor of jazz, spiced with an overtone of a Japanese haiku spirit.  As a true artist, she is always searching for new dimensions of expression.  In the all-acoustic concert last Friday night, December 4th, Ms. Matsui enthralled the audience with the supreme power of the simple, divine presence of piano, bass, drums, and cello unplugged.   A satiny gown of music unfolded providing a night of mellifluous delight.

Ms. Matsui told Museically Inclined the reason why she changed directions at this moment.  “I have been traveling doing the Soul Quest world tour with an electric band and when I finished this show and put out the live album, I thought I completed that era.  So I was feeling I’d like to start something different and open a door to my new life.”

A deeply spiritual person, Keiko Matsui lives by allowing the divine to guide her.  Case in point, she talked about booking a date to do a concert in Tokyo without even knowing who the musicians would be and what kind of music she’d be showcasing.  At the same time her dear friend, Bob James, came to Tokyo to perform a concert at the Blue Note, Tokyo.  The acoustic bass player for James’s band was Carlitos Del Puerto whose style and sound intrigued Keiko.  When she went backstage after the concert, she approached Carlitos with the question; did he want to play with her?  The answer was unequivocally, YES! 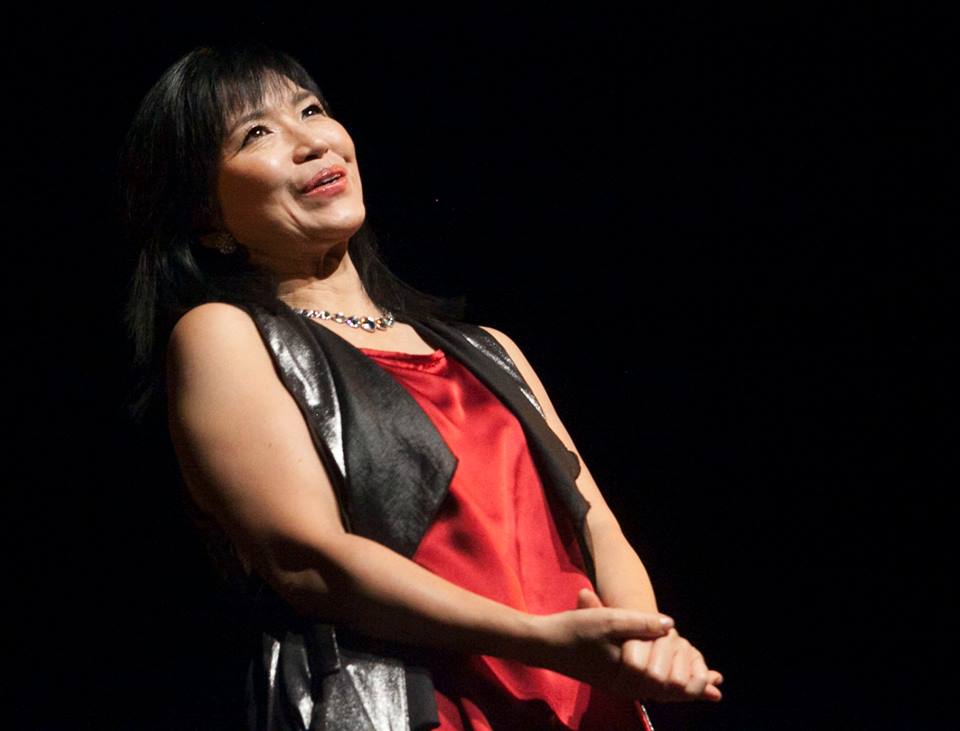 “I was at the Blue Note in Tokyo to visit and to say hi to Bob James then I saw Carlitos play and I loved his sound.  I approached him and asked him for his phone number since he lived in LA.  That’s how my acoustic band got formed.”

When asked how performing acoustically differs from playing electronically Ms. Matsui replied, “It’s different because with the acoustic set I am expressing everything by piano.  There’s no guitar or sax expressing melodies.   I am expressing the melody by myself.  I then get to explore another Keiko.  It’s a fascinating process.”

The concert opened with Night Waltz, first a peaceful refrain with the drummer tapping the rims then the music sinuously curved around, as one could imagine lovers gracefully waltzing across the floor.  Matsui’s hands flew over the keys, strong, insistent, yet graceful.  A symphonic crescendo erupted as bass, cello and drums combined an elegant backdrop.  Jimmy Branly on drums ended the piece with a superb solo.

Providing a tinge of swing, Keiko Matsui created her own recipe with the composition Footsteps.  The keys kicked with staccato notes alluding to someone running up the stairs then peeking to see what awaits them at the top.  Thick chords built around the melody as the band blasted off.  A very dramatic moment was created by bassist, Carlitos Del Puerto as he stomped his feet rhythmically while his hands fluidly ran up and down his instrument. 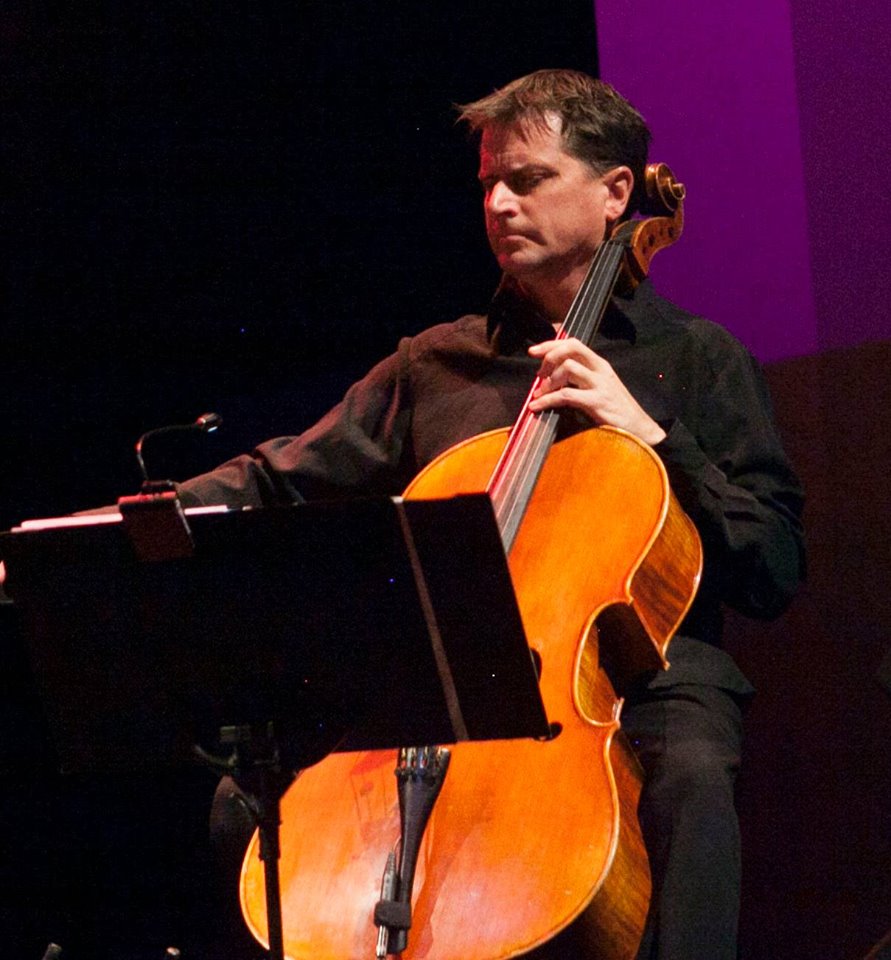 The song Kappa was a Japanese folk story about an elf. Keiko showed off her poetry by playing lovely, lush chords and John Krovoza added a heavenly sigh with the cello.  Then the cymbals enriched the melody as the image of a bubbling stream emerged.  An Asian flush of phrasing influenced the whole mood and soon each instrument resounded in an orchestral fairytale- enchanting and dreamy.  All at once the feel changed and the piece broke open into a frantic, upsweep of energy as nature turned ferocious.  Part III switched again back to the original melody with a more heavenly sound and we were gently laid to rest in dreamland, as it ended.

Crescent Night Dreams began with Del Puerto’s sweet bass lines then Matsui bended each note with a rhythm and a pounding beat, echoing the bass.  She tipped over the melody with a crackling bluesy structure, yet hip sounding too.  One could imagine a fine New York City evening.  The volume increased with her thick chords and the band throbbed with that bluesy, beat and soulful sound.  Each musician contributed their brilliant rhythmic pace with colorful accents crashing to a crescendo of melody.

Rainy Season slushes in with a bass solo and soft tapping of the bongos by Jimmy Branly.  He then switches to brushes keeping the sound a soft tempo, like rain falling. 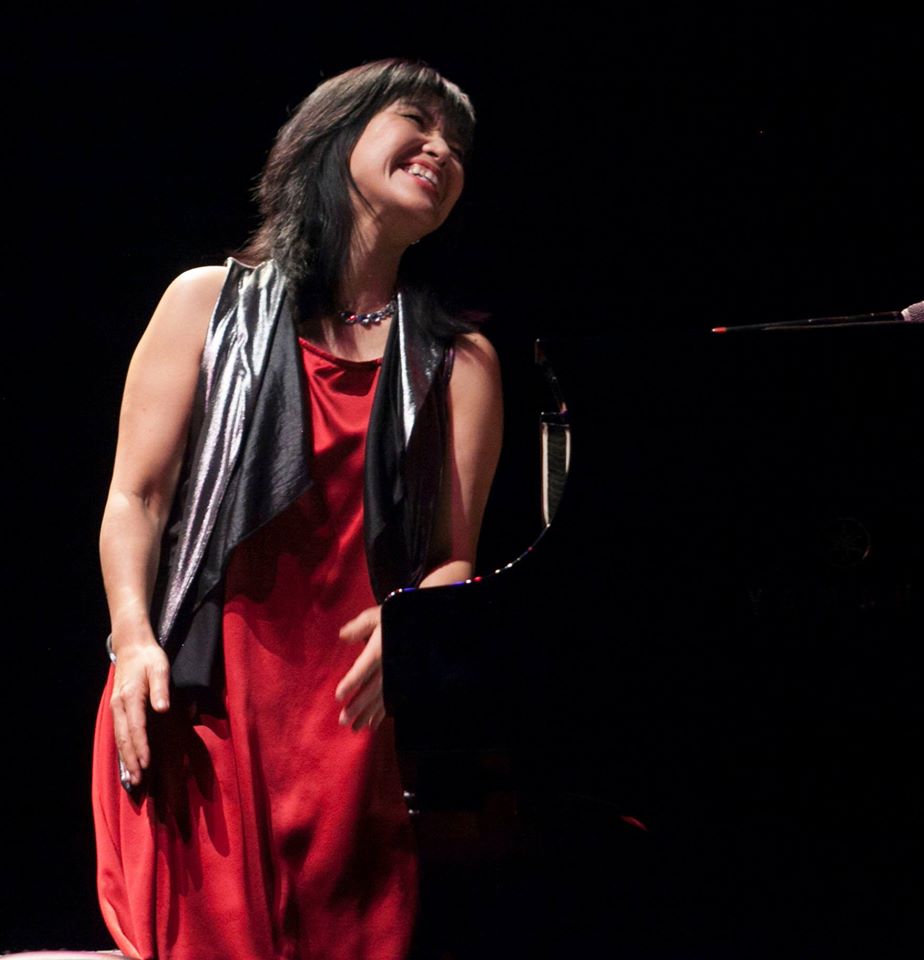 Caracas had the delicious beat of a Spanish influence.  Branly showed off his skill on the cahon.  The dynamics of the song jumped around at from a flamenco beat then switching to a tango.  Krovoza slides up and down on his cello and Del Puerto slipped and slided too on bass, as I envisioned two dancers crisscrossing the floor with their deft tango steps.

A Drop of Water drizzled with a melancholy yet beguiling sound.  Soul Quest sprinkled a light dusting of celestial spirit then ran wild over the heavens with Matsui’s lightning speed.  The piano, bass, drums, and cello intermingled with such joy taking all of us on our own journey through the universe.

The encore of the night included three songs, Safari, Bridge Over The Stars, and her fans most beloved, Forever, Forever.

“ When I started the acoustic project with them, I not only appreciated their wonderful characters, but each one had a rhythmic sensitivity… an understanding of the music.  Each musician could contribute a different appreciation and respect to my melody and composition.  We go very far out and sometimes get very romantic; sometimes we express sensuality or passion.  I feel this combination of musicians and I create a chemical reaction.  I am discovering so much about myself in the process.”

Keiko revealed that she would go on tour with her special acoustic tour next year.  After enjoying the holidays in Japan with family, the artist will go into the studio and begin composing new songs.  How does the process work for the mystical muse?

“I sit at the piano and if I start hearing songs, my hands transcribe what pours out of me.  Sometimes the melodies come so fast, sometimes I wait and wait.”  Her goal is to have all the new songs completed before she goes out on tour in February 2016. 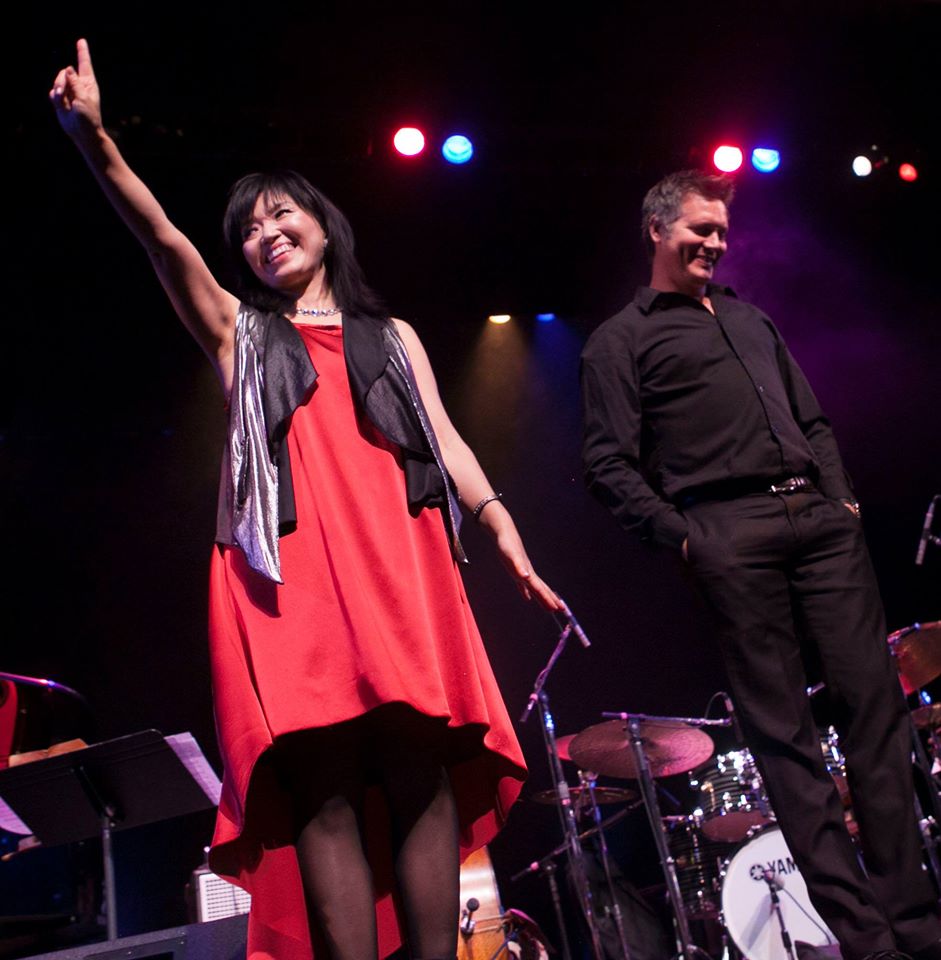 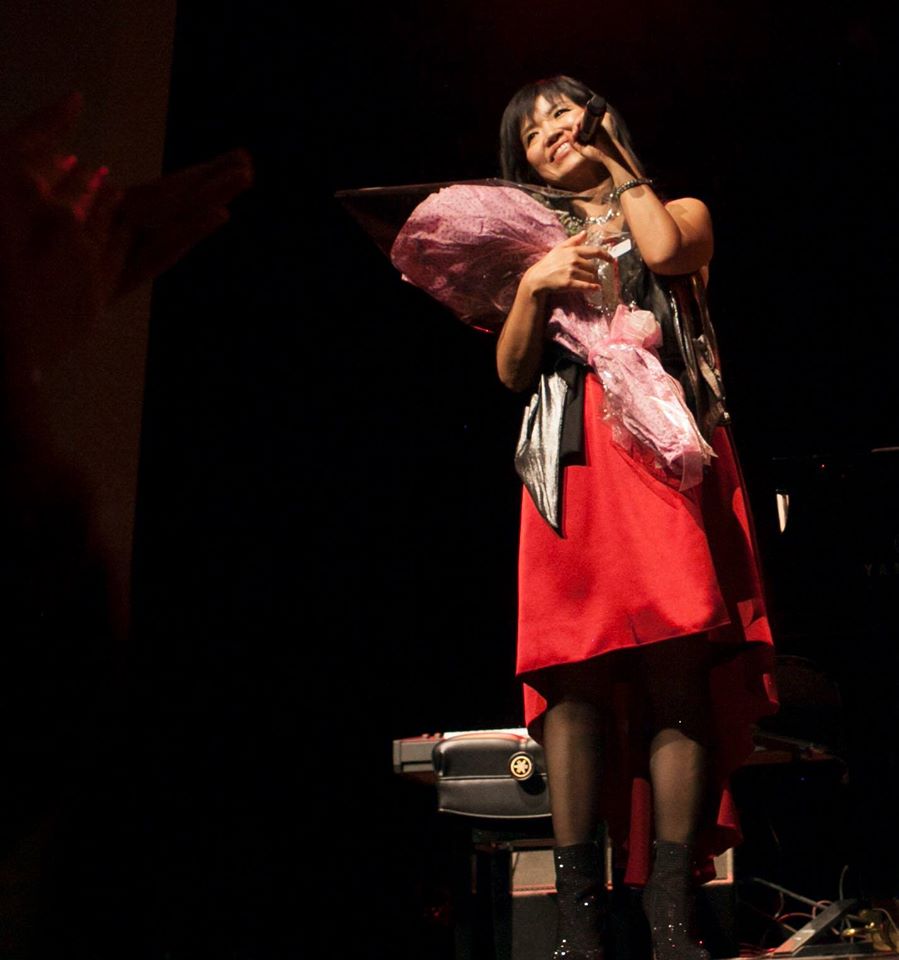 This mystical, poet of the keyboards will continue her journey through the cosmic world of her imagination and continue to delight her fans with the Matsui melodies of her soul.

“The Last Revolutionary” Chosen for The Pan African Film Festival 2017