Los Angeles, CA (October 8, 2018)–The 87th Annual Hollywood Christmas Parade, the largest Christmas celebration in America, announces that Entertainment Tonight’s Nancy O’Dell has been named the Grand Marshal for this year’s landmark anniversary event.  Presented and produced by Associated Television International, the live parade which happens in association with The City of Los Angeles, is taped for network television, and will take place on Hollywood Boulevard on Sunday, November 25, 2018 at 5:00 p.m. The parade’s telecast will be hosted by Erik Estrada, Laura McKenzie, Dean Cain and Montel Williams, with special co-hosts Elizabeth Stanton and Garrett Clayton.  The event will include live musical performances (to be announced) that will take place on two stages; featuring The Marine Toys For Tots.

The 87th Annual Hollywood Christmas Parade will premiere as a two-hour special on The CW Network on Monday, December 17 at 8:00 p.m. ET / PT. The parade will also air to more than one million American servicemen and women worldwide on American Forces Network. A true Hollywood yearly tradition, the parade attracts more than one million in attendance each year, with larger than life inflatable character balloons and celebrity filled cars making the much heralded trek down the over three mile parade route.

About Nancy O’Dell: Emmy Award-winning journalist Nancy O’Dell has proven to be a force in all areas of her career as a host, author, producer and entrepreneur. One of the country’s most respected and leading entertainment journalists, O’Dell is co-host of the most-watched entertainment news program in the world, three-time Emmy Award-winning ENTERTAINMENT TONIGHT.  Prior to her work at ET, she served as the co-host of Access Hollywood and was named one of Television Week’s “10 Most Bankable Stars in Syndication.” 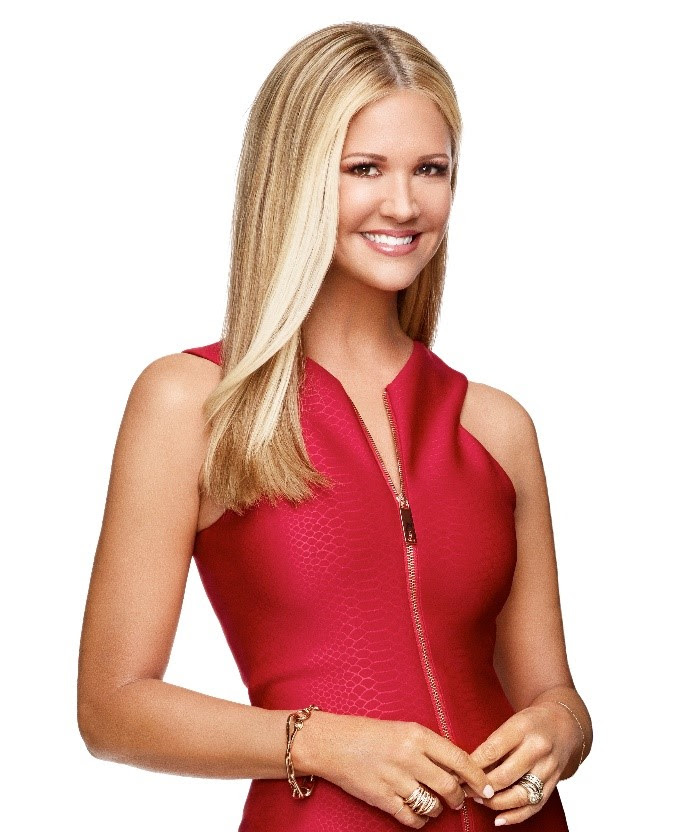 With more than 20 years of experience, O’Dell contributes to CBS This Morning and is a go-to anchor for live TV specials. She was a special presenter on the Academy of Country Music Awards, as well as a host of the American Country Music Awards. She hosted the 2016 Grammy Red Carpet Live Special on CBS, as well as the live Emmys, Golden Globes and Critics Choice Red Carpet Special for multiple years. For 17 consecutive years she has hosted the Tournament of Roses Parade.  She is a member of the Academy of Country Music Awards and was the original host and consulting producer for Nashville Star, as well as the host and producer of HGTV’s Celebrities at Home.

In addition, she has hosted The NFL Kickoff Special, New Year’s Eve Special, on Fox, The Kentucky Derby Special, The Miss USA Pageant and The Miss Universe Pageant. O’Dell has contributed reports to NBC’s Today show and Dateline.  O’Dell was handpicked by Oprah and Mark Burnett to host Your Own Show, one of OWN network’s premiere primetime shows.

On top of her broadcast journalism career, O’Dell is also a published best-selling author. After her novel FULL OF LOVE: Mom-to-Mom Advice for Enriching Families with Simple Photo Albums and Scrapbooking was published, O’Dell teamed up with Creative Memories  to launch her own photo album line titled The Nancy O’Dell Collection.  The latest books by O’Dell, in conjunction with Creative Memories, are Secret Ingredients: Step-by-Step ‘Recipes’ for Creating Meaningful Gifts and Here’s To Fabulous You which won the prestigious Addy Award.

In 2012, O’Dell turned her creative talents to generating Little Ashby: Star Reporter, an educational series of children’s apps. In these apps, children follow the story of Little Ashby, a cub reporter who goes to various places on assignment with her FUNtastic crew. “Santa’s Big Premiere” was released in 2012 as the first in the Little Ashby app series and immediately shot to the Top 20 on the book charts in the iTunes App Store.  In addition, Parents Magazine listed the app as a “Must-Have.” The Little Ashby: Star Reporter app received a 2013 Cynopsis: Kids Imagination Award honorable mention for the best in kids’ programming.  In addition, O’Dell currently serves as the face and spokesperson of Conair’s highly regarded lines of professional hair care, RUSK and BaByliss Pro.

O’Dell can often be seen on the silver screen such as appearing in the Golden Globe-nominated film Thank You for Smoking as well as Director Wes Craven including her in almost every installment of his huge blockbuster Scream franchise.
O’Dell has been honored with three Emmy Awards, three Associated Press Awards and two Society of Professional Journalists (SPJ) Awards and has been nominated for several additional Emmys.  In 2012, O’Dell was honored in New York Moves Magazine: Power Women issue as one of the most influential and successful women in her particular field.  The Alliance for Women in Media honored O’Dell in 2013 with their esteemed Genii Award for Excellence in Television. Also in 2013, O’Dell was asked to host the highly-respected National Association of Broadcasters Luncheon.

After her mother passed away in 2008 from complications related to ALS, O’Dell became a National Vice President of the Muscular Dystrophy Association and serves as the spokesperson for ALS.net. In August of 2009, MDA, O’Dell and O’Dell’s family formed a foundation in her mother’s name called Betty’s Battle: Fighting ALS. In 2002, O’Dell was inducted into the American Red Cross’s National Celebrity Cabinet and remains in that position today. Also, she acts as an international board member for Best Buddies, a nonprofit organization whose mission is to enhance the lives of people with intellectual disabilities.

O’Dell began her broadcasting career as a reporter and anchor at WPDE-TV in Myrtle Beach, SC. O’Dell later worked as a morning news anchor and crime reporter at WCBD-TV in Charleston,SC. Before joining Access Hollywood, O’Dell was the evening co-anchor and investigative reporter in Miami for NBC’s WTVJ-TV.