Hasty Pudding Theatricals Honors Ryan Reynolds as 2017 Man Of The Year on February 3, 2017 in Cambridge, Massachusetts. (Photo by Paul Marotta/Getty Images for for Hasty Pudding Institute of 1770
February 5, 2017

The Hasty Pudding Theatricals, the oldest theatrical organization in the United States, welcomed producer and Golden Globe nominated actor, RYAN REYNOLDS, to Harvard University where he received his Man of the Year award. 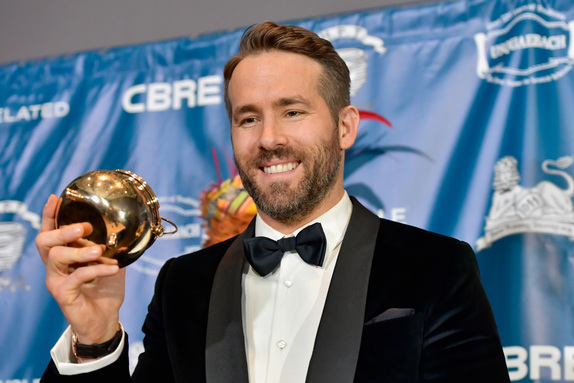 The Hasty Pudding Theatricals’ Man and Woman of the Year Awards are presented annually to performers who have made lasting and impressive contributions to the world of entertainment. The Man of the Year award was established in 1963. Its past recipients include, among others, Clint Eastwood, Tom Hanks, Robert De Niro, Harrison Ford, Justin Timberlake, Robert Downey Jr, Chris Pratt and most recently, Joseph Gordon-Levitt, who was the 50th Man of the Year. 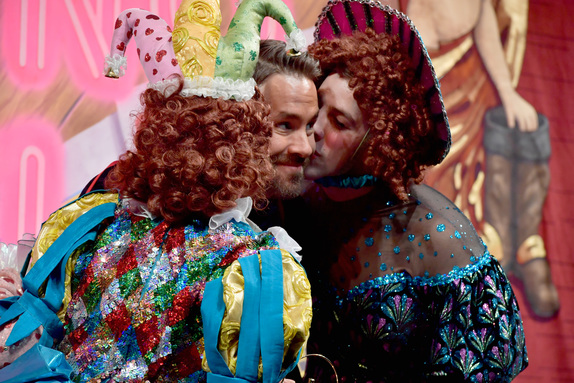 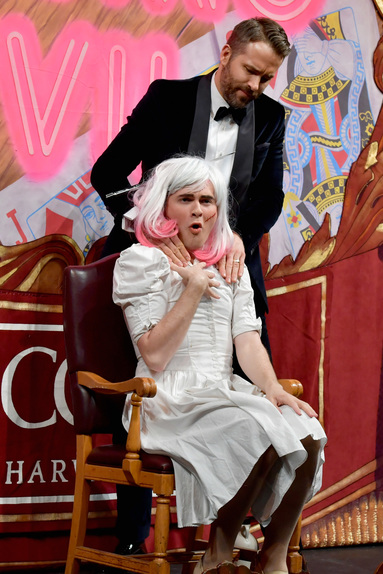 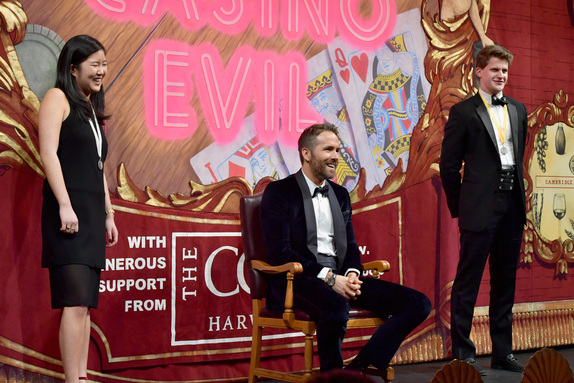 The Man of the Year festivities, presented by RELATED, started early in the day, when Mr. Reynolds was given a tour of Farkas Hall, followed by a private seminar with the members of the Hasty Pudding Theatricals. In the evening, Mr. Reynolds was given the Pudding’s traditional roast and was then made to earn his Pudding Pot as punishment for not finishing college degree. Some of the tasks, which Mr. Reynolds had to perform, were acting out a “traditional” Canadian wedding, complete with lap dance, and auditioning for a role in Deadpool 2, which tested his ability to hurl Deadpool-esque insults at beloved figures, like Tom Brady and former Woman of the Year, Meryl Streep. 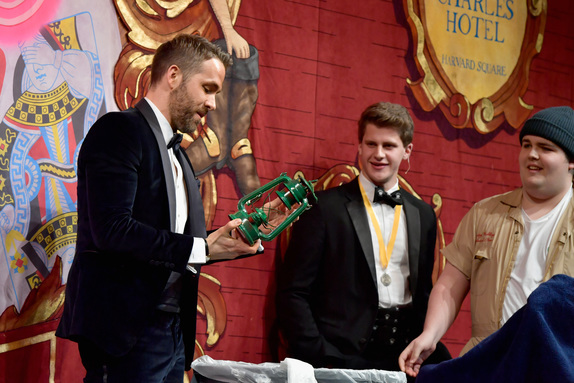 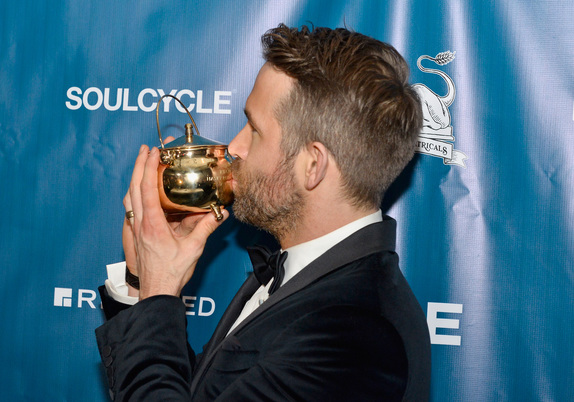 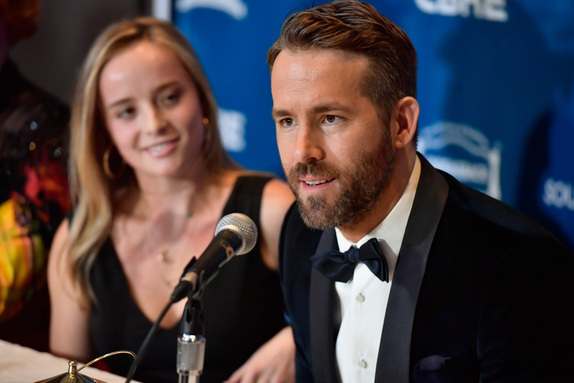 A press conference followed the presentation, which was the second to be live-streamed free and to the public via the Hasty Pudding’s Facebook (www.facebook.com/thehastypudding), as it happened. To close out the festivities, the Hasty Pudding Theatricals members gave the Opening Night performance of their 169th production, Casino Evil.

TO PURCHASE TICKETS to the Hasty Pudding Theatricals’ 169th production, Casino Evil, contact the HPT Box Office at 617-495-5205 or order online at

tickets. The show will be performed at Harvard University’s historic Farkas Hall, located at 12 Holyoke Street, from February 3rd until March 5th. The company then travels to New York to perform at The Kaye Playhouse at Hunter College on March 10th and 11th (call 212-772-4448 for tickets), followed by performances on March 15th-17th at Hamilton City Hall in Bermuda.