The Hasty Pudding Theatricals, the oldest theatrical organization in the United States, welcomed Oscar winning actress, OCTAVIA SPENCER (who was nominated for a second Oscar earlier this week), to Harvard University, where she received her Woman of the Year award.

The Woman of the Year is the Hasty Pudding Theatricals oldest honor, bestowed annually on performers who have made lasting and impressive contributions to the world of entertainment. Established in 1951, Woman of the Year has been given to many notable and talented entertainers, including Meryl Streep, Debbie Reynolds, Mary Tyler Moore, Julia Roberts, Jodie Foster, Dame Helen Mirren, and most recently Kerry Washington. 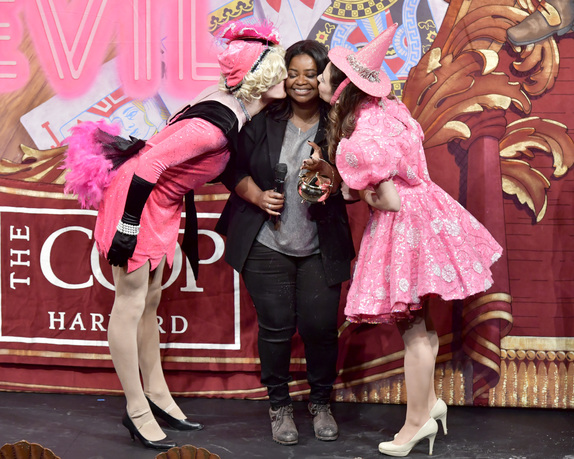 The Woman of the Year festivities, presented by RELATED, began with a parade through the streets of Cambridge. The weather was uncharacteristically warm for Cambridge in January. Following the parade, the Hasty Pudding Theatricals hosted a celebratory roast for the actress at Farkas Hall, the Hasty Pudding’s historic home in the heart of Harvard Square since 1888. Before she was able to receive her pot, Ms. Spencer had to work her way off the “naughty list”, which she was placed on due to her roles in the Bad Santa movies. 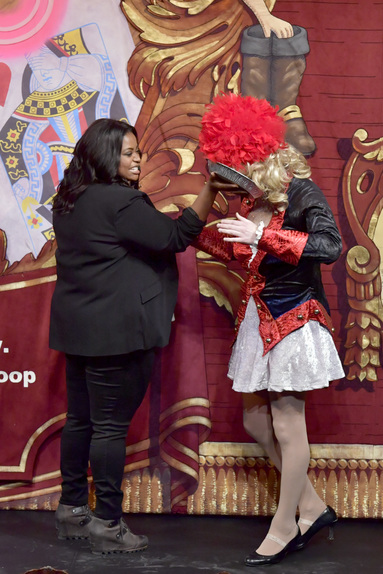 First she referenced her infamous pie scene from The Help by choosing one of three people to pie in the face. Her choice was a Hasty Pudding member dressed as Presidential Counselor, Kellyanne Conway. 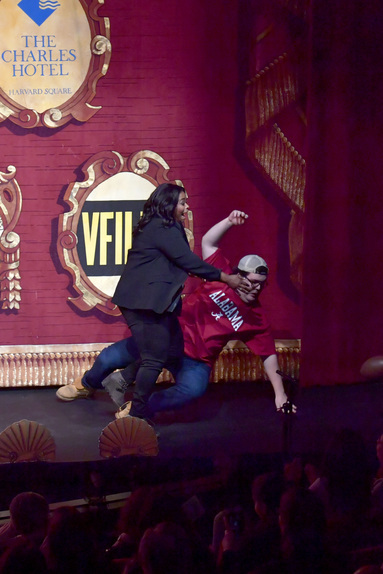 She also proved her fealty to her alma mater, Auburn University, by tackling an archrival, University of Alabama fan onstage. 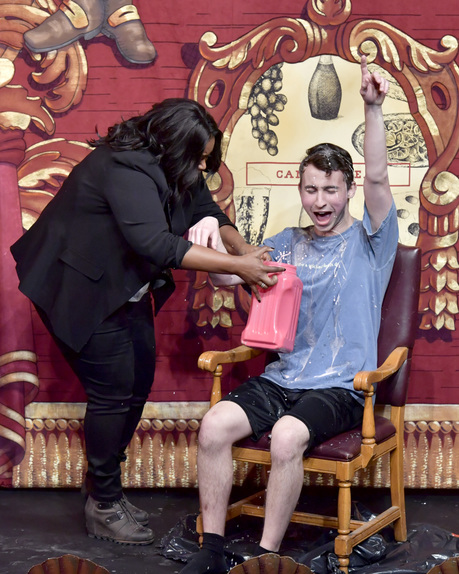 Due to her fondness for pink nail polish, she was charged with giving another Cast member a makeover with an oversize tube of nail polish. 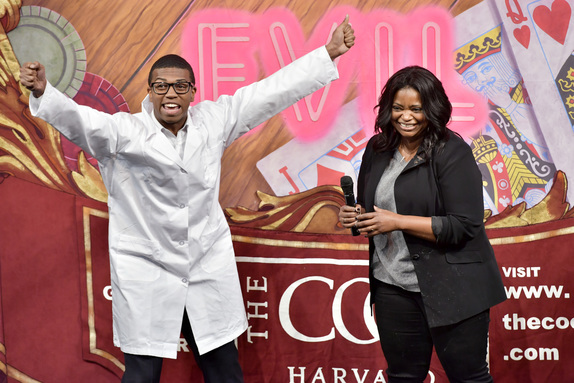 Finally, she rounded out her roast by singing a duet of James Brown’s “I Got You (I Feel Good)” in reference to her role in Get on Up.

A press conference followed the presentation, which was the first to be live-streamed free and to the public via the Hasty Pudding’s Facebook (www.facebook.com/thehastypudding), as it happened. To close out the festivities, the Hasty Pudding Theatricals members performed several musical numbers from the group’s upcoming 169th production, Casino Evil. 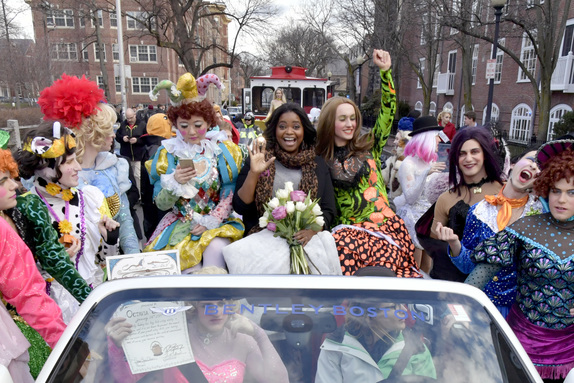 The Hasty Pudding Theatricals will celebrate their 51st Man of the Year, RYAN REYNOLDS, on Friday February 3rd, 2017. The traditional roast and Pudding Pot ceremony will take place at Farkas Hall, as well as the Opening night of HPT 169: Casino Evil.

TO LIVE STREAM the Hasty Pudding Theatricals’ Man of Year press conference, viewers can tune in at 8:30 p.m. EST on Friday, February 3rd via the Hasty Pudding’s Facebook www.facebook.com/thehastypudding

TO PURCHASE TICKETS to the Hasty Pudding Theatricals’ 169th production, Casino Evil, contact the HPT Box Office at 617-495-5205 or order online at www.hastypudding.org/buy- tickets. The show will be performed at Harvard University’s historic Farkas Hall, located at 12 Holyoke Street, from February 3rd until March 5th. The company then travels to New York to perform at The Kaye Playhouse at Hunter College on March 10th and 11th(call 212-772-4448 for tickets), followed by performances on March 15th-17th at Hamilton City Hall in Bermuda.

ABOUT THE HASTY PUDDING INSTITUTE OF 1770

The Hasty Pudding Institute of 1770’s philanthropic mission is to provide educational and developmental support in all aspects of the performing arts for the underprivileged, to encourage satire and comedy, and to cultivate young talent around the world. The Institute is comprises the Hasty Pudding Club (the oldest social club in the United States), the Hasty Pudding Theatricals (the third oldest theater group in the world, after the Comédie-Française and the Oberammergau Passion Players) and the Harvard Krokodiloes (the foremost collegiate a cappella group in the United States). Over the last two centuries, it has grown into a premiere performing arts organization, a patron of the arts and comedy, and an advocate for satire and discourse as tools for change worldwide.