Another beautiful day in la la land and here we are watching the Hollywood Christmas parade which is celebrating its 90th year. This Hollywood holiday event pulled out all the stops!! Supporting the 75th Anniversary of Marine Toys for Tots, the parade took place on Sunday, November 27th, 2022.

Erik Estrada, Laura McKenzie, Montel Williams, Elizabeth Stanton and Dean Cain hosted. This is the 13th year of co-hosting the parade for Estrada and McKenzie.

Celebs, including the man himself, Santa Claus, walked the red carpet before the parade began. This star-studded event kicked off with live performances from Chris Isaak and Marie Osmond. There were many CW stars in attendance, as well as some of your favorite soap opera stars and how can you beat free curbside seating.

There were hundreds of synchronized drones from global drone Network produced by SkyWars and CEO Taylor Woodall shooting the Hollywood Christmas Parade from the sky and a good time with had by all.

Make sure you see it this year! The 90th Annual Hollywood Christmas Parade premieres as a two-hour primetime special on The CW Network on Friday, December 16th, 2022 at 8:00 p.m. ET/PT. 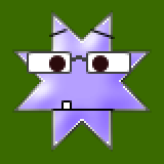