On January 4th, Amazon hosted a honkytonk launch party at the Shadowbox at Clifton’s, flashing back to the prohibition speakeasies, where media needed a special password to enter the clandestine world of their new original dramatic  series, Sneaky Pete.

The all-star cast of Giovanni Ribisi, Margo Martindale, Marin Ireland were there along with series Creator, Writer, Executive Producer, Director Byran Cranston and Executive Producer/Showrunner, Graham Yost. Magicians entertained guests with their slight of hand and Poker and Blackjack tables lined the back of the cavern-like room where scenes of Sneaky Pete flashed on the wall.

The atmosphere reflected the shadowy underworld where Marius (Giovanni Ribisi) arises from, as he leaves prison with his cell mate, Pete’s, identity…hiding from Vince ( Byran Cranston ), who wants his money back, or else, and expertly playing on the psychological emotions of the family that embraces him.

The irony?  His new family runs a bail bonds business and Pete’s childhood friend is now in law enforcement.

The cast and Executive Producers enjoyed a round of poker where it looked like Giovanni might have a good hand, and Byran Cranston appeared a bit nervous.

The Hollywood 360: This looks like a really interesting story.

Graham Yost: It’s a really fun story.  I love a good con story.  The Sting is one of my favorite movies.  Just getting into that world was very attractive for me.  But the biggest thing for us were the cast.  Starting with Giovanni and Byran, Margo Martindale…and Peter Gerety and Shane McRae, Marin Ireland…just this fantastic cast.  We got Ben Vereen on the show.  He pops up half way through the season.

The Hollywood 360:  Talk about writing for the show.

Graham Yost:  The genre is a con.  It needs to be smart, it needs to be funny, it needs to be scary. The audience always has to be wondering who is conning who and what is going to happen next.  In a con series you are always trying to engage who is playing the other person.

The Hollywood 360:  Talk about Giovanni in the role of Sneaky Pete and why he is so good in this role.

Graham Yost: The real people who are con-artists…they’re bad people.  They get your confidence then they take your money.  The prey upon old people, rich people…when you play upon this type of character with a sympathetic notion, Giovanni was perfect for that because you can see there’s something inside him yearning for something more.  You see that he didn’t wake up one day and said, ‘I want to be a bad guy.’  It was something he was forced to do from an early age.

Bryan Cranston said, “There are things you are forced to do in childhood that help you survive a bad situation, but once you become an adult, those things no longer work anymore and there starts to be a cost.”

This is a character that starts off as a despicable guy, but also does good things.  He is trying to save his brother’s life the first season.  The idea is to slowly chip away at his armor.

The Hollywood 360:  Bryan Cranston’s character wants to kill him.

Graham Yost:  Yes.  He’s playing the full on bad guy.  With Byran, as we worked on the episodes, we also explored the reasons he’s a bad guy.  He believes in what he’s doing and he is one of those guys who thinks he’s smarter than everyone.   Those guys have a weakness.

The Hollywood 360: He must have some redeeming qualities.

Graham Yost:  He’s not a moustache twirler.  You see him falling in love with someone.

The Hollywood 360:  It has been two years since the pilot episode was made.  So what evolved in those two years?

Graham Yost: The original pilot was done for CBS and then CBS passed.  Then Amazon was interested.  There were changes made and then Bryan became a big part of the show.  He was a co-creator and producer, but then they realized they could make him the character of Vince.  That fit into a new link for the show becoming a serialized drama.  One year ago I got asked and I said, ‘Sure.’ But the first calls I made were to Fred Golan who I worked with at Justified as an Executive Producer, Michael Dinner who was our director/producer from Justified, then we got Benjamin Cavell another Executive Producer from Justified.  So we built this team and started to work.

The Hollywood 360:  Talk about finding your home at Amazon and why they are a successful network?

Graham Yost:  They have that Wild West feeling.  We’re going to try something new.  Every episode needs to have the big hook at the end.  They were very supportive of doing this as a crime show that has some wit and whimsy to it.

Interview with Margo Martindale, who plays the character of Audrey, Pete’s Grandmother

The Hollywood 360:  I hear you play the owner of a bail bonds business on the show.  Talk about your character.

Margo Martindale:  I am the Matriarch of this family and we run a bail bond business after my husband has had a stroke.  I do more than I should to keep this family and our lives together.

The Hollywood 360: This seems to be a woman who cares deeply…

Margo Martindale: Cares deeply and will do anything.

The Hollywood 360: How did she react to this family member coming back into the family?  Was she suspicious?

Margo Martindale: I think I am happy to see him.  (off the cuff) He’s a charmer.  I did have my questions.  I’m watching him.

The Hollywood 360:  Is there anything about this character, that’s different than other characters you have played?

Margo Martindale: I’ve never played a person like this.  She’s a person who is close to me.  She tries to do the best, but maybe steps into something she shouldn’t have, and it’s hard to get out when things start to fall.

The Hollywood 360: She sounds like she’s struggling a lot.

Margo Martindale:  I am excited about the show.  It’s intriguing.  I love it. To act with Giovanni, Marin, Peter Garety…it’s a great group.  Being with Bryan Cranston doesn’t hurt either.

Interview with Marin Ireland, who plays Julia, Pete’s cousin, who is a single mother of two children.

The Hollywood 360:  Talk about Julia, your character in Sneaky Pete.

Marin Ireland:  Julia is a single mother of two children who has returned home to her grandparent’s house in Bridgeport, CT. to work at the bail bonds business.  She is starting over with this new chance.

The Hollywood 360: What challenges does she have?

Marin Ireland:  She’s not good at reading people for one, which is tricky in the bail bonds business and in life.  She is plagued with the fact that her grandmother and grandfather know her as somebody who has had poor judgment, has made poor choices.  So when she goes home to family, it is easy for her to revert back to being that child.  She doubts herself.

The Hollywood 360:  How does she interact with the Giovanni character?

Marin Ireland:  Her cousin Pete comes home after years away and they are paired up together.  Her grandmother doesn’t trust her to be on her own.  Julia is now trying to assert her own authority and turns out to be pretty good at this stuff.  So she needs him and ultimately, she is grateful to somebody to talk to who is not her brother.

The Hollywood 360:  Do they have some chemistry together?

Marin Ireland:  For all she knows that is super awkward.   They are first cousins.  They don’t live in a rural area.  It’s definitely a confusing thing that comes up for her. She gets confused by the sensation and then takes it out in other ways.  She finds an outlet with other people.

The Hollywood 360: This is a family drama and much more.

Marin Ireland:  There are two sides to the show like there are two sides to Giovanni’s character.  The show that Margo, Peter and I are in, we’re never in the poker room setting.  And for us it’s a show about identity, reinventing yourself, leaving your past behind.  And for Giovanni it’s a double layered kind of story.  I’m so excited there is this whole other side of the show that keeps the tension up.

The Hollywood 360:  Talk about working with Bryan Cranston.

Marin Ireland:  Anyone who meets him finds out how grounded he is and how warm and approachable he is.  He wants to make this something that we all can be proud of.  I don’t get to act with him because I am not in that part of the show, so I learned from him when he produced and directed the shows.  As a director he was giving, kind, efficient, and as a person leading us, I am so grateful.

The Hollywood 360:  Talk about the different meanings of sneaky as it applies to the show.

Giovanni Ribisi:  Sneaky is an expression that is more of less self-explanatory.  The story is layered with the various relationships he has and has to manipulate in the different contexts.  The collective scenarios that he finds himself in begins to manipulate him as well.  He has one thing he wants to do in the show…and what’s great about the writers were how they made that so complicated.

The Hollywood 360:  He’s fooling the family he is with; he’s running from people who want to hurt him.

Giovanni Ribisi:  The story was actually based on a true story that was made into a documentary called The Imposter.  Family had lost their son and a guy had found out about that and was living somewhere in Europe…he went to their home in Texas and for several years pretended to be their long lost son.

The Hollywood 360:  How is it playing this character?

Giovanni Ribisi:  It’s something that was really important to me working with this austere group of people, the cast, the producers and writers.  As the show progressed and the episodes unfolded, it was something I was getting more and more excited about.   They really did a great job.  I haven’t seen the episodes, but I excited to hear what people have to say about it.

The Hollywood 360:  Talk about each actor that you get to act with that are here tonight.

Giovanni Ribisi: Marin, the Madame of the Stage, is so incisive, specific, and asks questions about whatever the scenes that really inspire your imagination.  Bryan is one of my favorite actors.  I think he is one of the great American Actors.  Margo is also somebody I really couldn’t imagine at first acting with; however now the experience doing the show without her seems impossible.  She is such a mercurial actress.

I feel privileged to be with these people. 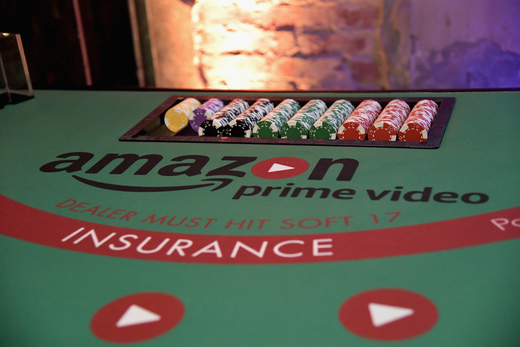 Everyone can watch the first episode of Sneaky Pete on Amazon’s Prime Video ,January 13th.

And you don’t need a password to do so! 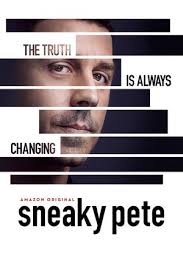