Drew Barrymore, The Billy and Audrey L. Wilder Foundation and The Los Angeles Kings To Be Honored at 2016 Children’s Hospital Los Angeles ‘Once Upon a Time’ Gala.

On Saturday, October 15, 2016, more than 1,200 people will attend the Children’s Hospital Los Angeles ‘Once Upon a Time’ Gala at The Event Deck at L.A. LIVE. The biennial event will bring together prominent philanthropists, business and entertainment community leaders, local dignitaries and hospital supporters to raise funds for the hospital to provide expert critical care to its pediatric population.

Actress Drew Barrymore, The Billy and Audrey L. Wilder Foundation and The Los Angeles Kings hockey team will each receive the Courage to Care award, which was inspired by Dustin Meraz, an 11-year-old terminally ill cancer patient whose legacy was to encourage others to have the courage to care for children in need. While these champions of children and child-related causes come from varied backgrounds and industries, they share a common bond through their participation in philanthropy, altruism and activism to improve the welfare of children worldwide. Past honorees include Natalie Portman, Johnny Depp, Jennifer Lopez, Heidi Klum, Jamie Lee Curtis, Pau Gasol, Costco Wholesale and The Walt Disney Company.

“This evening is a celebration of the ongoing commitment these compassionate individuals have made to the patients and families we serve,” says Paul S. Viviano, president and CEO, Children’s Hospital Los Angeles.

Drew Barrymore is an actress, author, director, producer, model, businesswoman, humanitarian and mother. Her dedication to helping children in need has fortified her commitment to Children’s Hospital Los Angeles. Her annual Mother’s Day pampering events in conjunction with her company Flower Beauty have had a lasting positive impact on CHLA’s patient families. In 2007 Barrymore was named an Ambassador Against Hunger for the United Nations World Food Programme. She is also a supporter of Safe Kids Worldwide, an organization that promotes injury prevention and child safety.

Legendary Hollywood film director Billy Wilder and his wife, actress Audrey Wilder, were longtime supporters of charitable causes throughout their 53-year-marriage via The Billy and Audrey L. Wilder Foundation. In 2012, the Wilder Family Trust donated $11 million to support CHLA’s Division of Neurosurgery, the Neuro-Oncology program, the Division of Rheumatology and other programs that will benefit patients and the community for many years to come.

The Los Angeles Kings are currently celebrating their 50th anniversary. Superstars on and off the ice, the organization is this year’s corporate Courage to Care honoree and the Gala’s Title Sponsor. The Kings Care Foundation is the award-winning non-profit charity of the Kings dedicated to providing children throughout greater Los Angeles with educational and recreational opportunities. Frequent patient visits, blood drives and preventive care programs highlight the organization’s longstanding commitment to CHLA.

“We are honored to have the opportunity to be recognized by our tremendous partners at CHLA,” said Luc Robitaille, Kings president, business operations. “Our relationship with CHLA is one of the longest and most impactful partnerships we have and this event will be a perfect launching pad for us to begin celebrating our 50th year in Los Angeles. We couldn’t be more thrilled.”

The evening’s special guest is Mark D. Krieger, MD, chief of medical staff and head of the Division of Neurosurgery at Children’s Hospital Los Angeles. Krieger is the inaugural chair holder of the Billy and Audrey L. Wilder Endowed Chair in Neurosurgery, co-director of the Neurosciences Institute at Children’s Hospital Los Angeles and a professor of neurological surgery at the Keck School of Medicine at the University of Southern California.

Red Carpet arrivals will begin at 5:30 pm, followed by a cocktail reception and sit-down dinner prepared by celebrity chef Wolfgang Puck. The evening’s ‘Once Upon a Time’ theme will be represented by dramatic Cirque-style performances, bringing to life some of the most famous children’s stories through acrobats and aerialists. Tony nominee and Grammy Award winner Josh Gad will be the evening’s host. Global pop superstar Katy Perry will conclude the night with a special performance.

The event is sold out. To support the event through the purchase of a tribute journal ad or a general event donation, please contact Michael Sandler at msandler@chla.usc.edu. 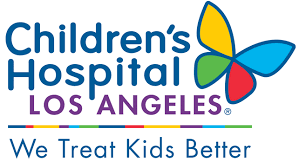 Children’s Hospital Los Angeles is a nonprofit pediatric health care organization dedicated to creating hope and building healthier futures for children. Honored as the premier children’s hospital in California and among the top 10 in the nation, we treat 111,000 young patients annually from Los Angeles and around the world. As a pediatric charity of choice, the hospital relies on the generosity of the community to support its groundbreaking pediatric research and the complex care it provides for critically ill and injured children.