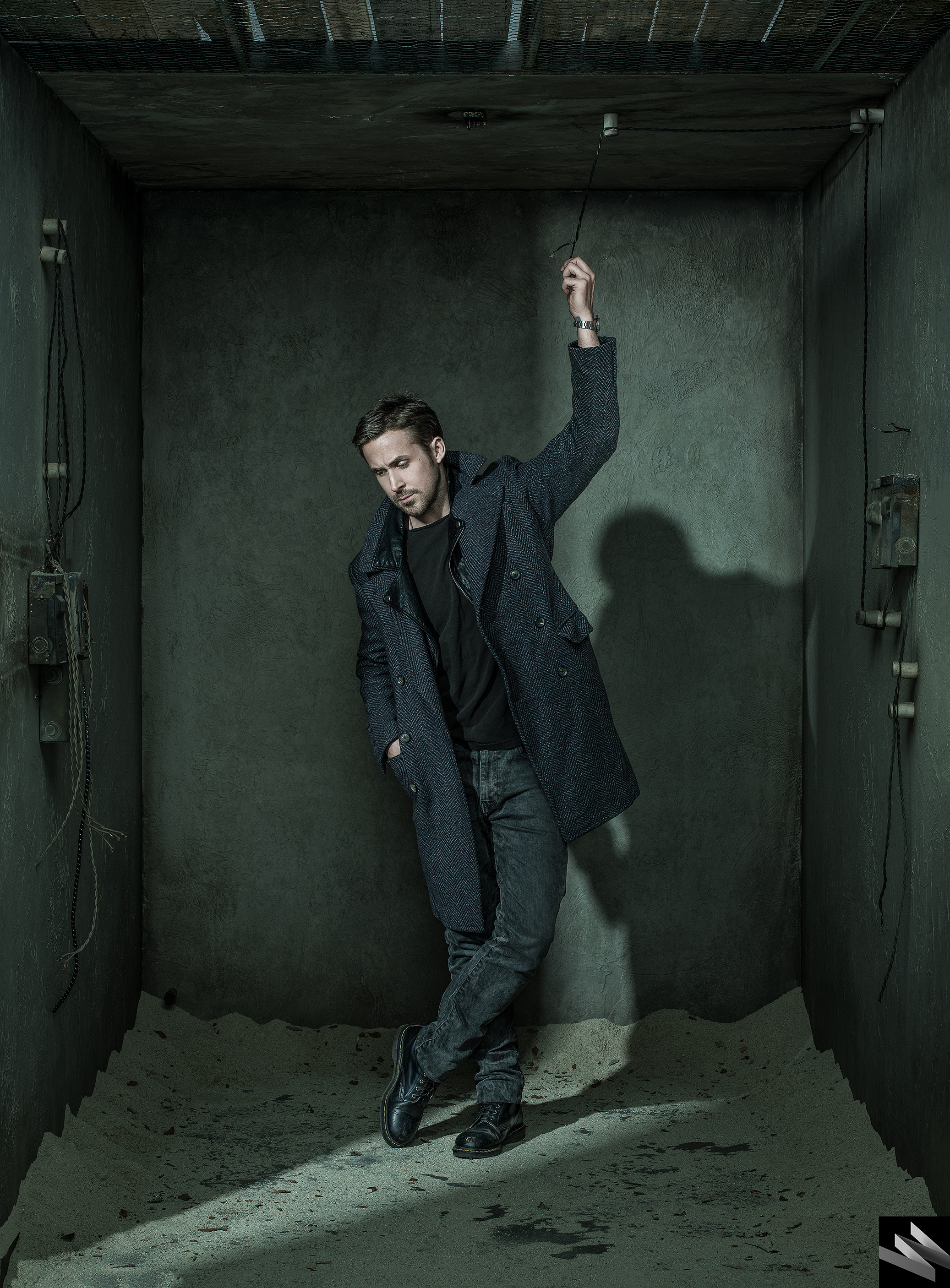 In a recent FB Live interview, WIRED Creative Director David Morretti and Chief Photographer Dan Winters shed some light on the concept for the photo shoot for the October cover story “The Replicant: Inside the Dark Future of Blade Runner 2049.” 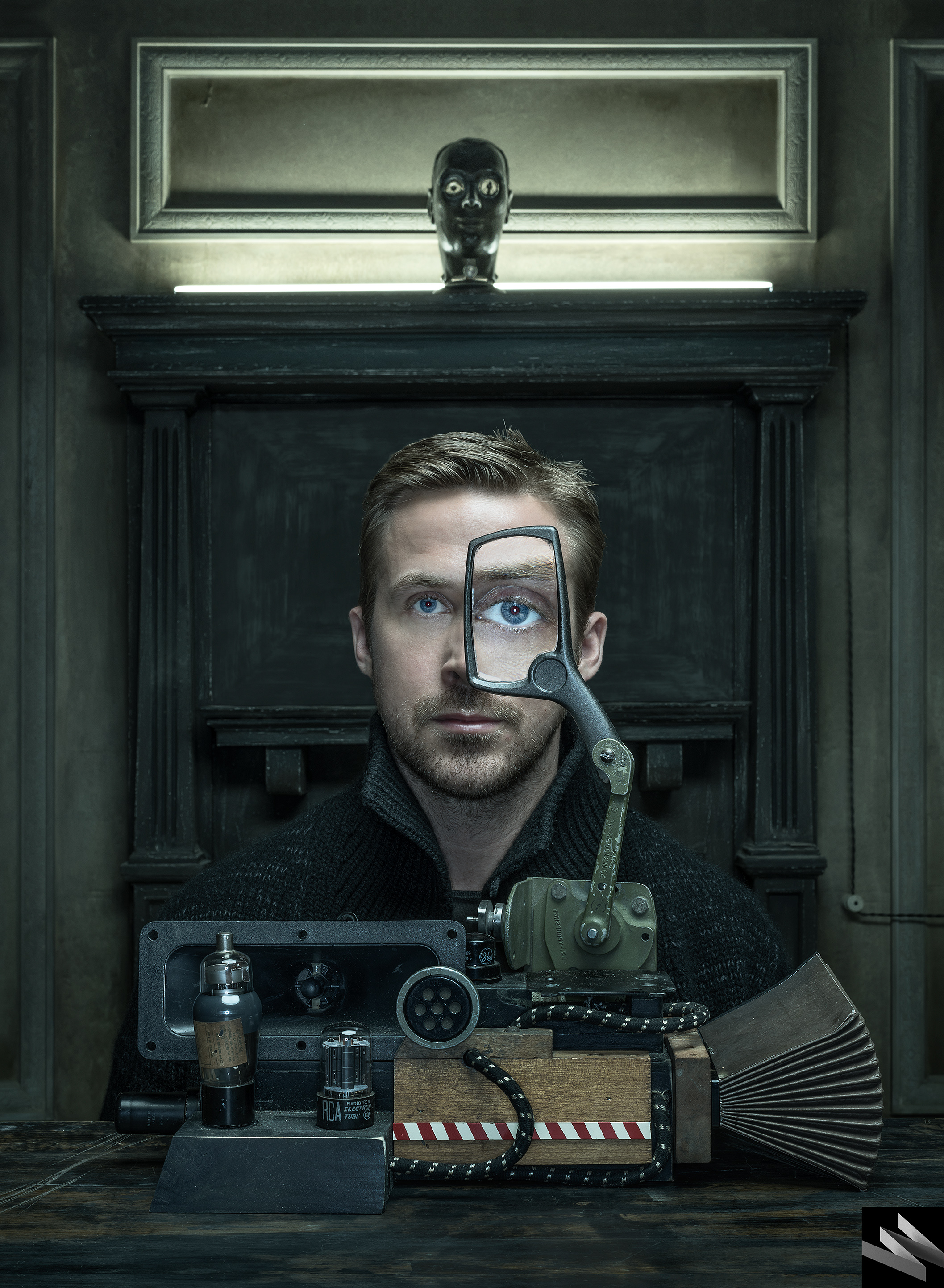 WIRED’s David Morretti: “We didn’t have an idea what the [new] film was about. We explored possibilities of how to recreate the environment of the original. For me, Blade Runner [the original] is a very claustrophobic movie, dense with details, outdoor shots, indoor shots, the constant rain. We imagined creating a set which could create the same effect.”

Winters: “In the original movie, there’s a device called the Voight-Kampff machine. It’s used by the Blade Runners to determine if someone’s a Replicant. It focuses in on the eye’s iris while a series of questions are asked. It’s designed to elicit an emotional response from a Replicant. The giveaway is the ocular dilation, the so-called “blush effect.” This machine references the original, but wasn’t a direct replica of it. It’s very diesel-punk.” 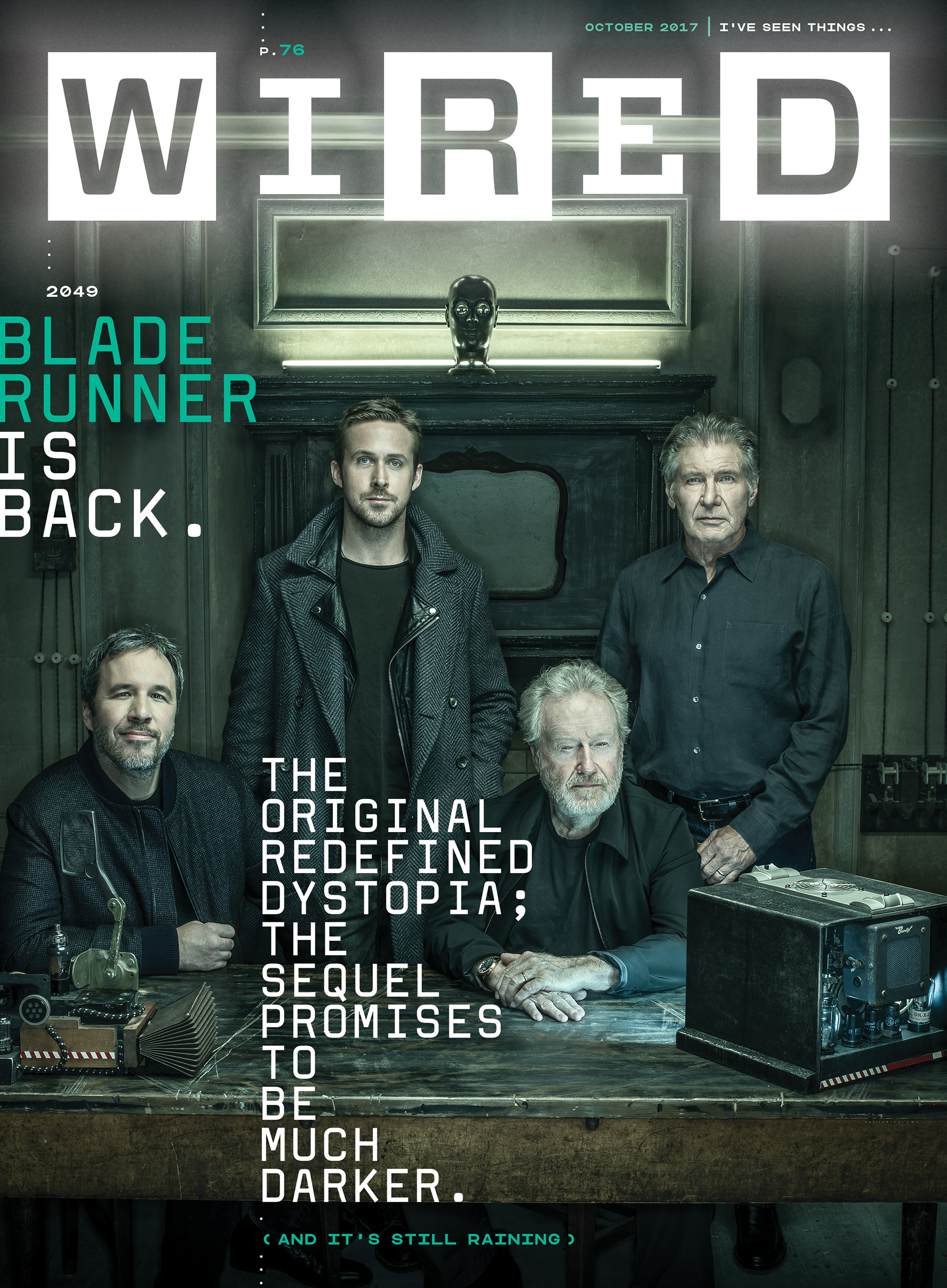