Robert Zemekis, Marion Cotillard, and Brad Pitt at the Premiere of “Allied”

Last night The Hollywood 360 attended the premiere of “Allied,” Brad Pitt’s new movie directed by veteran Robert Zemekis. When the limo pulled up to the red carpet and Brad Pitt walked out, the crowd exploded with cheers and multitudes of cameras bombarded the space. At first Pitt dashed down the side of the red carpet where fans lined Broxton Blvd. in Westwood giving everyone a chance to snap his pic. He then began the parade down the red carpet; however this star took his time taking pics with fans, clowned around with paparazzi, and exuded a boyish glow of charm. 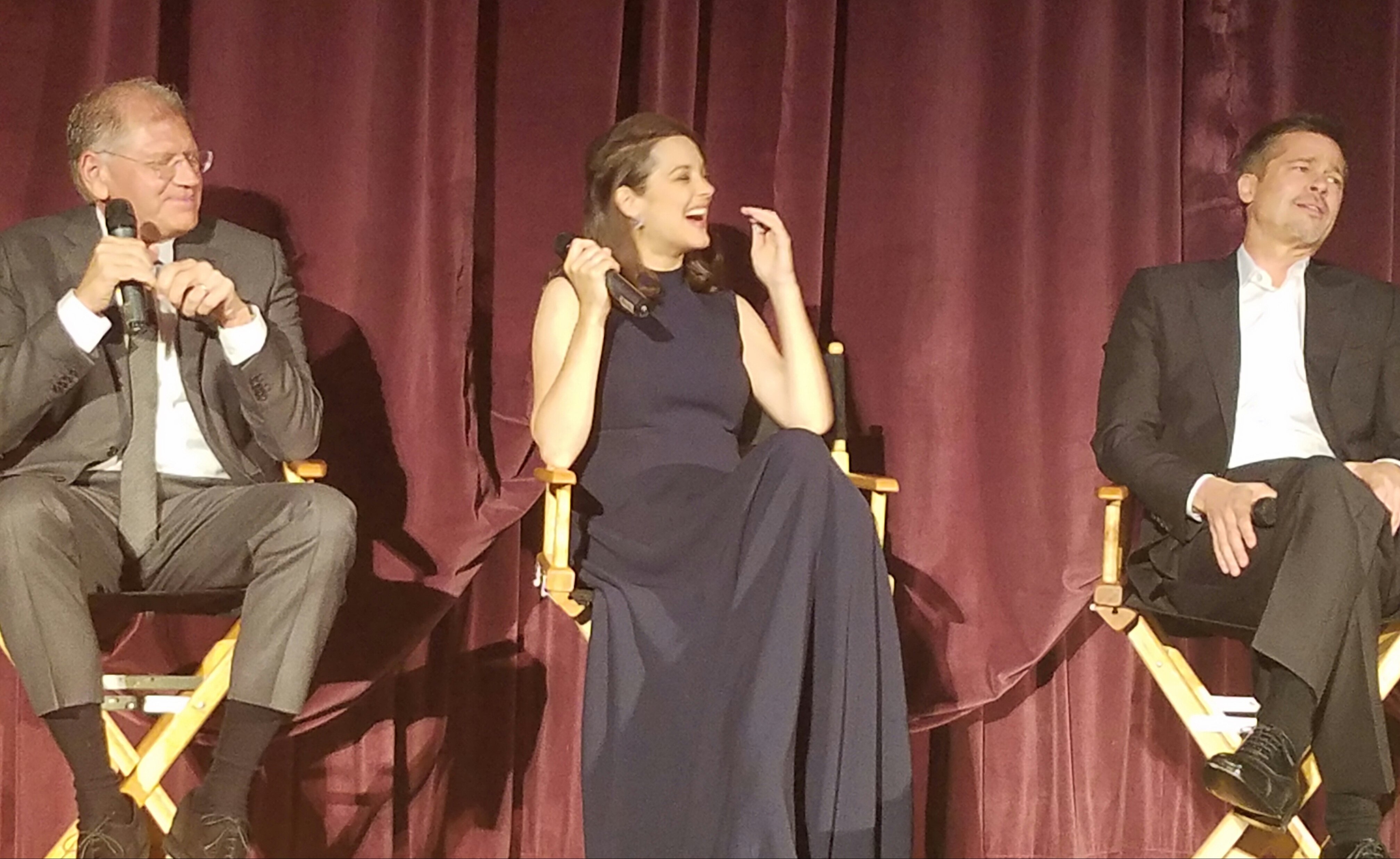 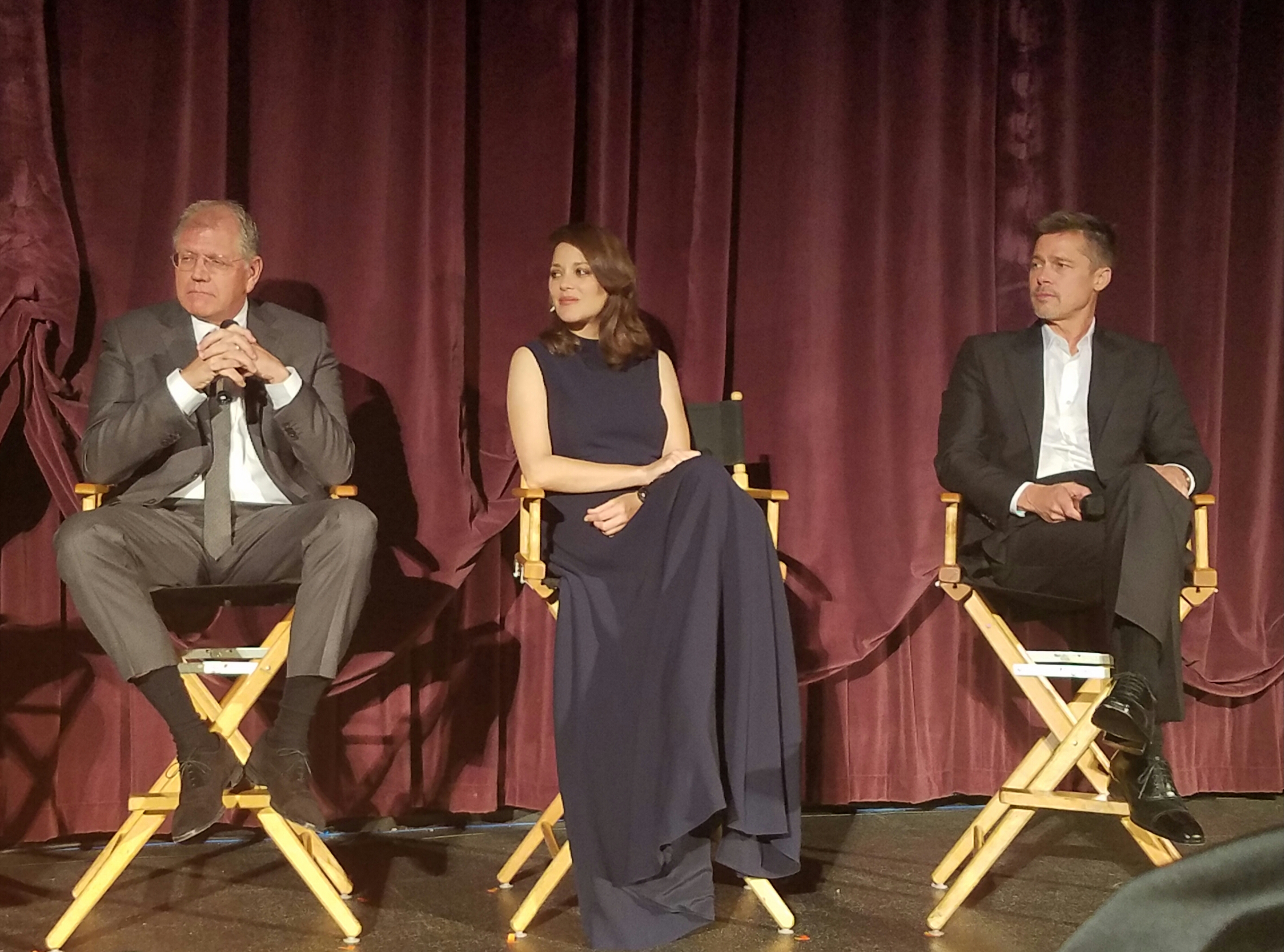 The Hollywod 360 were awarded second row seats smack in the middle to view the movie. The lights dimmed…and the first shot of “Allied,” a sun rise over bulbous sand dunes enveloped the screen. Suddenly, the legs of a parachuter smacked us in the face as Brad Pitt gently cruises down from the sky and lands in the desolated desert. From here on, Zemekis conjured an old fashioned style movie where storyline captured our interest, rather than special effects. Although the director did admit that he used digital effects to create the illusion that we were in a natural scene.

“We have those wonderful digital tools now so we can recreate set extensions and sand dunes,” Zemekis told the audience in a panel discussion after the movie. 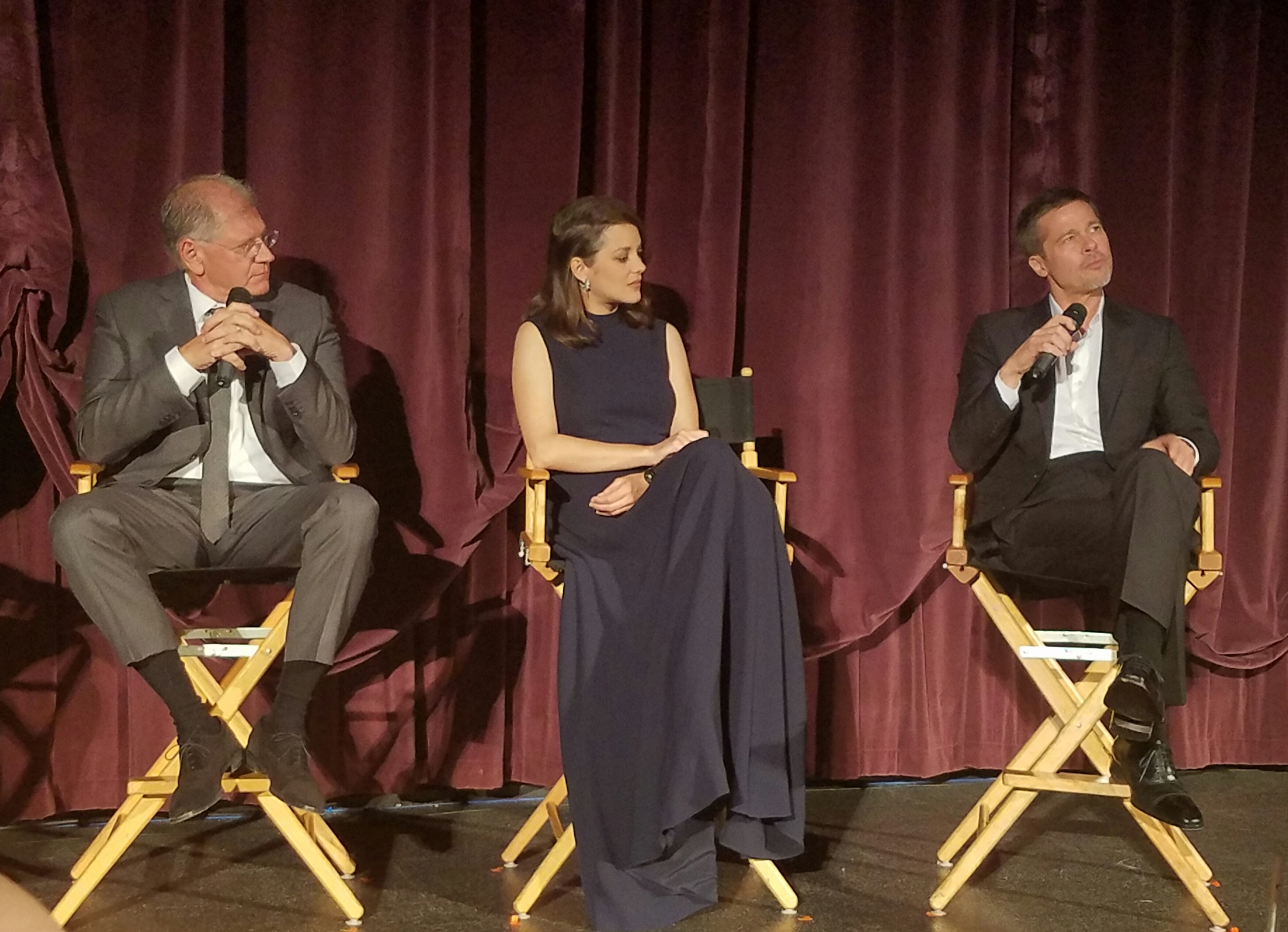 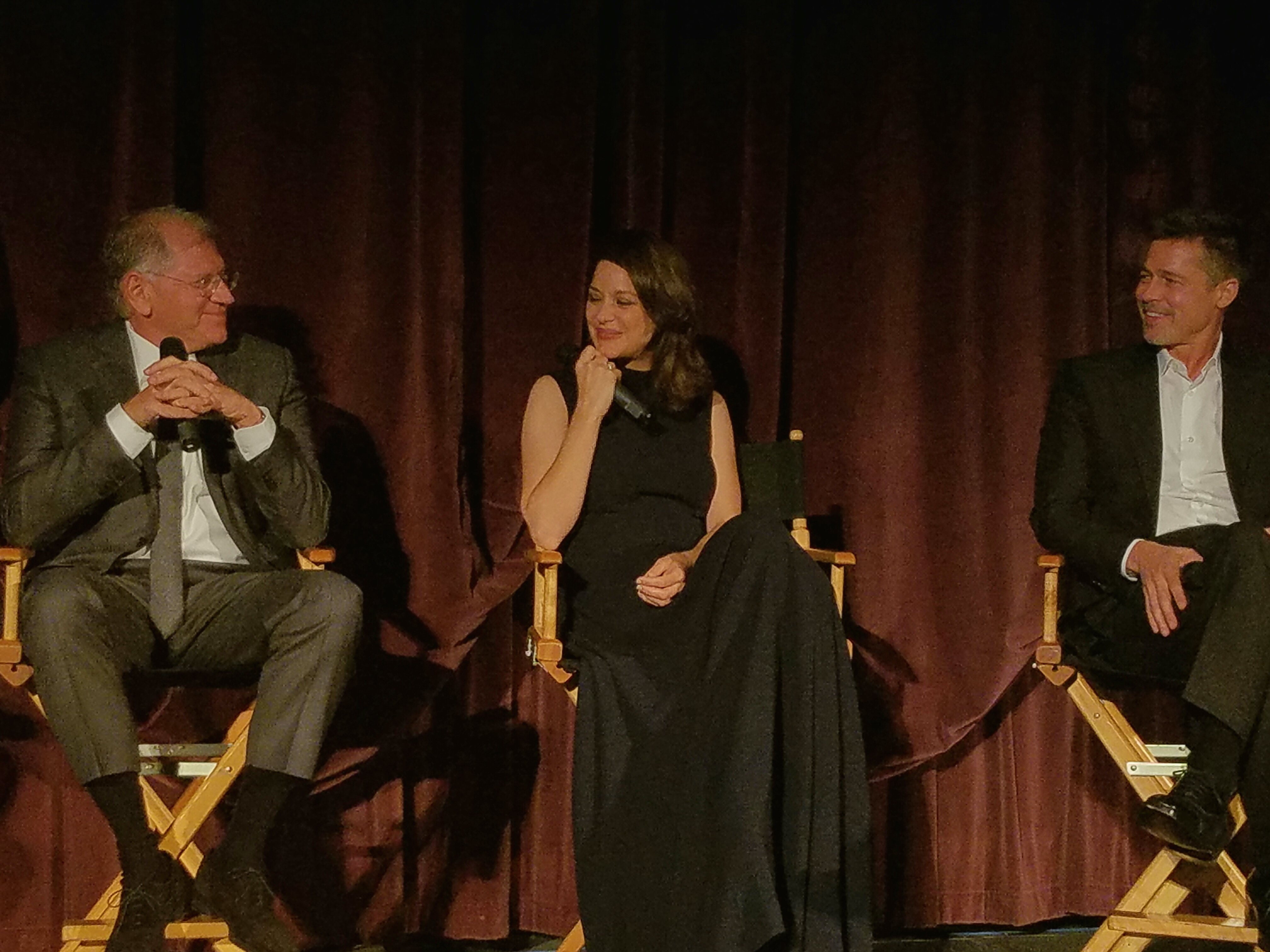 “The style and temperature of the film, and because Bob is in the forefront of technology, we shot it like an old throwback to the old 40’s films where you see people in cars and you see the rear screen… a lot of it was done on the sound stage. It was such a fun experience to do and lent itself to the story,” Brad Pitt added. 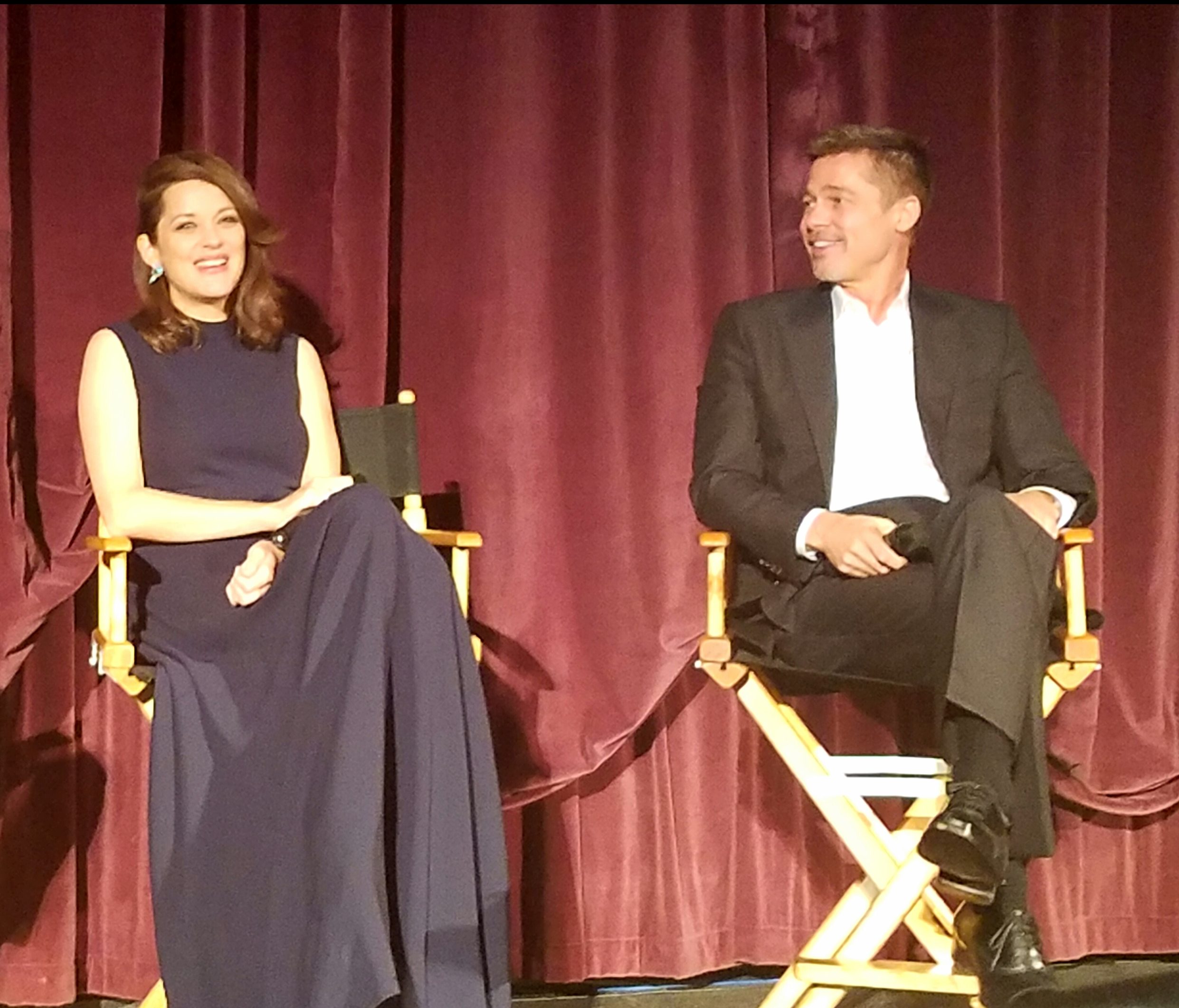 The chemistry between Brad Pitt and Marion Cotillard hummed and bristled as they cavorted through the city of Casablanca acting as a pretend husband & wife. The first alliance formed based on lies.

Yet, the brutality and life threatening mission the two spies shared together, meld a bond built on raw instinct of survival that will connect them in a marriage alliance in the real world. Marion Cotillard talked about how she went about portraying her character. “I needed to invent her life…everything you don’t know about her, her relationship with her parents, all the information needed to feed the mystery about who she was.” Throughout the movie, the meaning of the word allied was explored within the complex relationships between husband (Brad Pitt) and wife(Marion Cotillard), between Pitt’s character as an intelligence officer working for the British operatives…questions of loyalty and betrayal were raised…and ultimately how do people ally themselves in crtical junctures of life’s darkest challeges.

If you enjoy the old feel of movie making without the 45 minute formula scene at the end where the hero battles the enemy who seems to die then comes back again and again, and simply are a fan of splendid stage sets and exotic locations, an unraveling of a mysterious relationship mixed in with some hot love making scenes (there is one that takes place in a sandstorm which fogs up the windows), and basic good storytelling…then “Allied” fits the bill.

A bit of fun during the panel discussion between Marion Cotillard and Brad Pitt as she described how they were taught the dance scenes for the movie…”We had dance lessons,” she revealed. Brad Pitt said, “Yes, right.” Cotillard continued, “Well it tells a lot about a person. (The audeince laughed) “He has a tendency to have an African type of style of dance. (More laughter) And to watch him go from Africa to a very classy guy, he was actually amazing.” The moderator asked Pitt if it was daunting to learn the other way of dancing…(pause from Brad Pitt) then with a mischievious grin simply said, “No.” 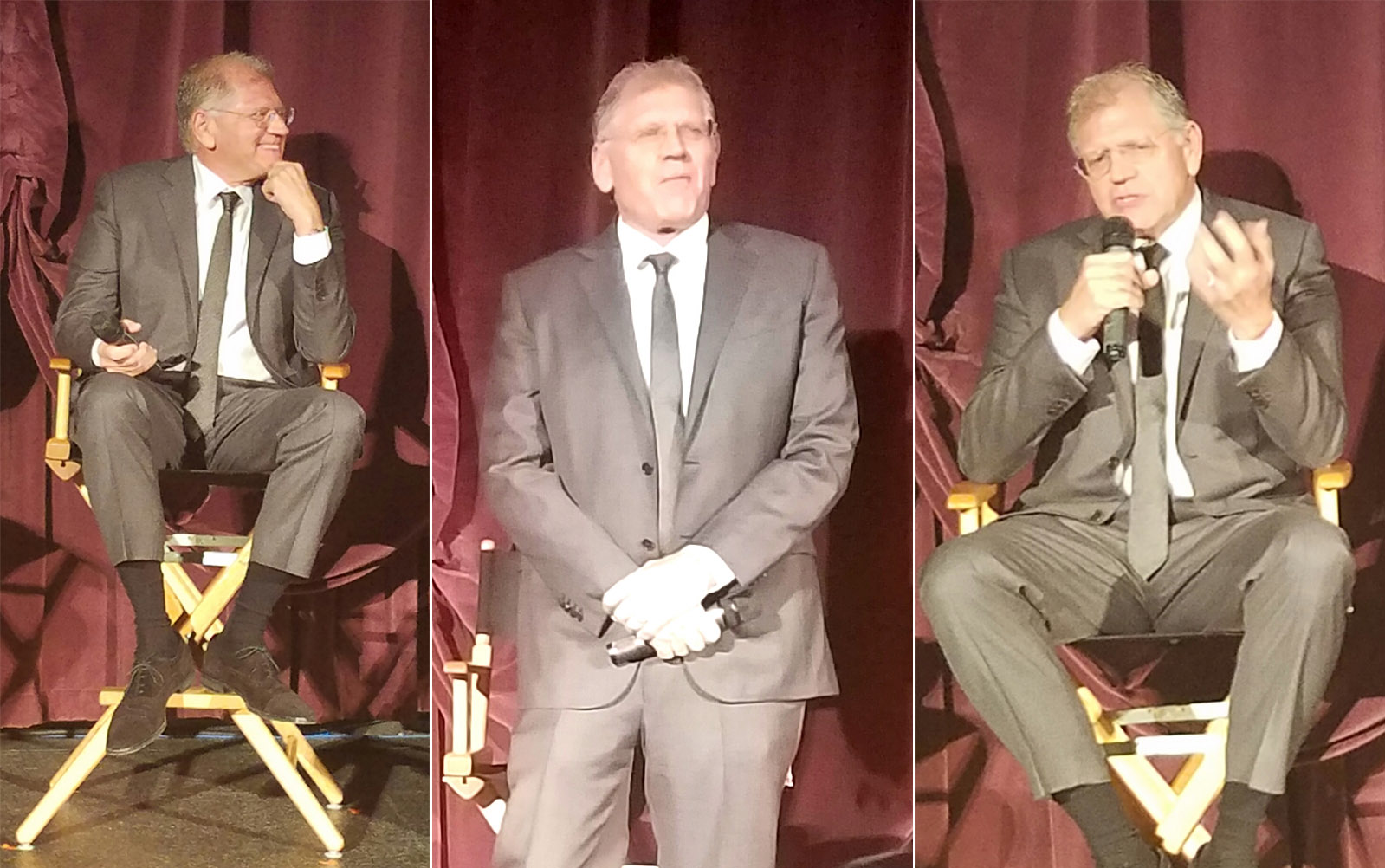 Everyone applauded when the moderator told Robert Zemekis, “I love your animated/special effects work, but I am so glad you are making live action pictures again.” Exactly.