My first ever red carpet movie premiere came for the movie “Allied”, starring Brad “the shit” Pitt and “French” Marion Cotillard, directed by “Zemeckie the Techie” Robert Zemeckis. The dress code was Dress to Impress, so a few hundred people dressed fancily to go watch a movie for free. How fun!

The red carpet was full of people and camera flashes. It all looked very nice, very wonderful, yes. Brad Pitt was shaking lots of fans’ hands and taking pictures. I heard Lizzy Caplan was there. No one fell over or anything. A real success.

The theater itself was large and quite nice to look upon, inside and out. I was lucky enough to be sat in the second row. Four seats were set up in front of the audience. A Q&A coming after the show?! Less than a first down away from me?! Amazing!

As people in glowing outfits mingled in the theater and lobby, I stole off for a pre-movie pee. In the lobby I saw Kelsey Grammar in a white tuxedo. Hah. You won’t see that in your average hometown. Then I saw Marion Cotillard herself! Celebrity crush! I immediately changed course and did a circle of the lobby, pretending to check out decorations when really I was planning my next glimpse at her. That was admittedly weird of me. Whatever. It had to be done.

The restroom door closed me out from the classy event and into the silence of a pristine white and black bathroom. I was reminded of the scene in Inglorious Basterds (another Brad Pitt WWII flick) when the Basterds strap bombs to their legs in order to destroy the movie premiere’s attendants, Hitler and Friends.

Walking back into the theater, I knew I wouldn’t blow up such a wonderful place without very good reason. If Hitler were there, yes, I would blow it up. But if it were only Rommel… that would make for a tougher decision; such was the splendidness of the theater. 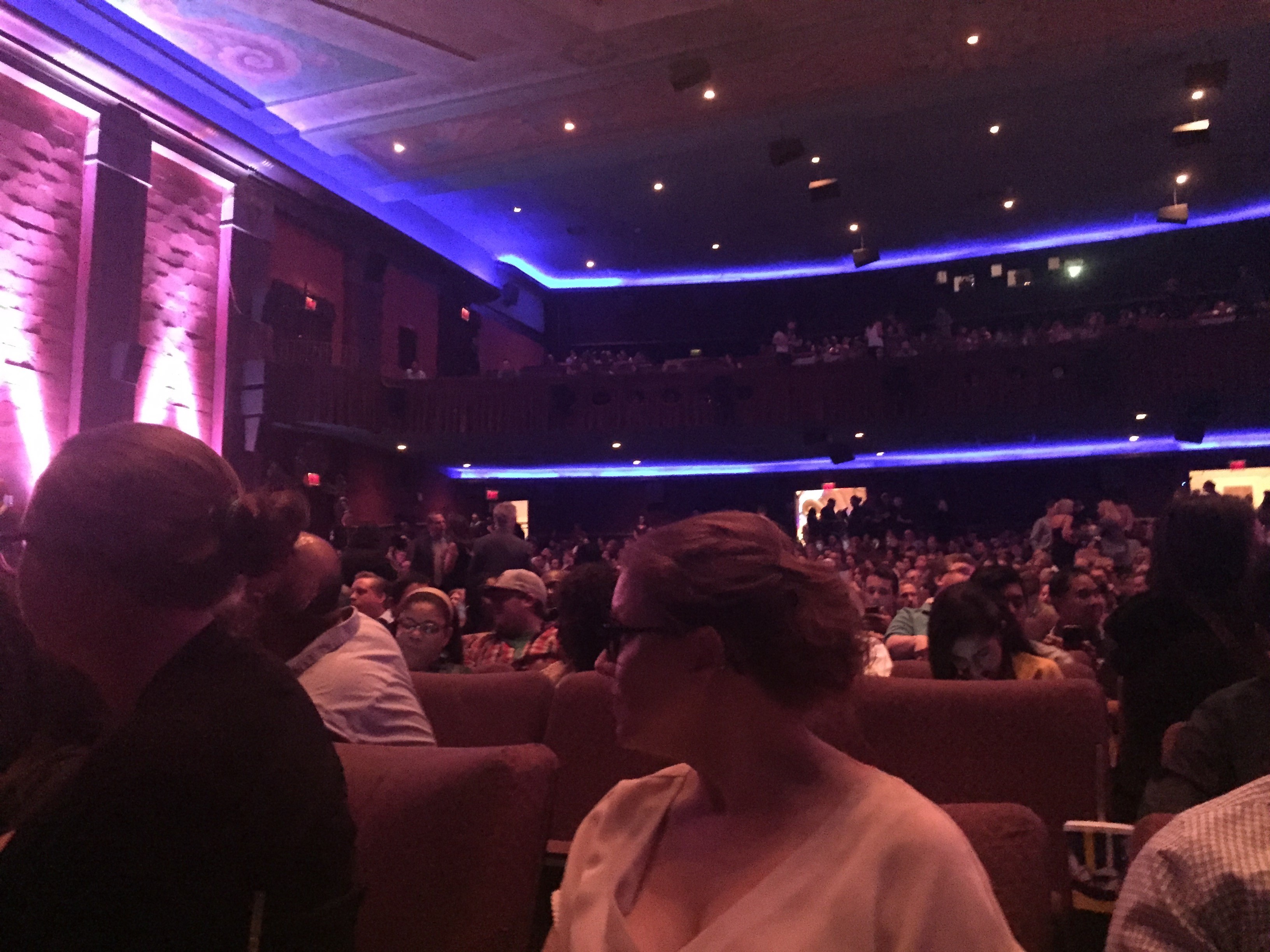 The movie began with a blazing view of the Arabian Desert, and Pitt parachuting into frame, feet-first. Badass. I have a soft spot for soldiers who drop behind enemy lines on solo missions. He meets a car on a lonely sandy road. The driver gives him a suitcase with the necessities; sharp clothes, fake identification papers, and guns. He then relays simple instructions; follow the butterfly and find the female in the purple dress. Cut to Brad assimilating into Casablanca’s nightlife like a salamander into a pond. In a bar filled with Nazi officers he finds his mark, Cotillard. The two meet eyes, and attractions ignite. So begins their daring alliance under the keen watch of the Axis Army!

Among the many dangers around them in Casablanca (Nazis with guns, high-maintenance social relationships, suspicious neighbors) is the risk they become hazardously attracted to one another. Would this compromise their abilities to do their jobs? Are they even truly on the same side? The filmmakers do an excellent job at keeping you guessing, all the way to end.

Cotillard knows they must appear in love and in lust for their fake marriage to be believed. Pitt wants to avoid the complications of physical attraction at all costs. This back and forth game is played out entertainingly by both actors. But Cotillard is so Frenchly charming, who could resist!

Early on Pitt pries her disguise, remarking the Germans seem to trust her completely. Cotillard says the reason is she uses real emotions in her relationships with them. A daring little rebel… When Cotillard pries Pitt into engaging with her sexually, to further cement their married appearance, Pitt gets cagey. Though obviously tempted, he remarks “Relationships in the field don’t work. People who start fucking each other, are fucking up, and end up fucked up.” Playfully Cotillard replies, “That’s a lot of fucks.” (Everyone laughed). She goes on with “No, it’s only when you start feeling, that you are fucked.”

So she doesn’t feel for him? Or is she starting to? Which head will Pitt think with more? Eventually the weight hits that they could potentially die on their next mission, and no one around would mourn them for who they truly are. This leads to a desert sunrise to talk, and a brilliant lovemaking scene during a sand storm. Watch to find out what the heck I am talking about. It puts my post-prom attempt on the beaches of the Jersey Short to shame.

The movie is a ride in their shoes in the danger zone of forbidden love among “co-workers”. Who of you has been there? You hopefully didn’t have enemy soldiers with guns all around you. Just your annoyed boss and gossipy peers.

The side characters of different nationalities add real ambiance to the locations of Casablanca, London, and France. The movie itself is shot in an old-school fashion with throwbacks to camera shots from days of old, and focus is on story line and relationships over CG effects and epic action scenes. I must say I became very engaged and appreciated the difference to many of today’s studio outputs.

Several other aspects of the movie are praise-worthy. The settings are eye-catching and detailed, from Casablanca to wartime London, which had become used to air-raids (you can catch garbage cans labeled for trash, recycling, wood, bone). Zemeckis, who has directed a few completely animated movies (The Polar Express, Beowulf, A Christmas Carol), told us in the Q&A that he used digital tools of the day to create broader and more fuller sets than is normally possible. One nighttime bombing raid in London was particularly effective, as was a dangerous plane crash.

The few actions scenes are done with excellent camera angles and skilled tactics. Pitt’s character makes a great soldier, who is eventually pushed to severe and illegal limits in order to find answers to the questions we are all thirsting over.

The last third of the film I was on the edge of my seat, forgetting who I was and where I was. I don’t know if they turned up the AC on us, but I found myself feeling the chill of a rainy day in England. I was so immersed in the European settings that I actually became sad in knowing that I’d be walking into a warm Los Angeles night soon after. An all-around engaging job by the artists and the director Zemeckis! 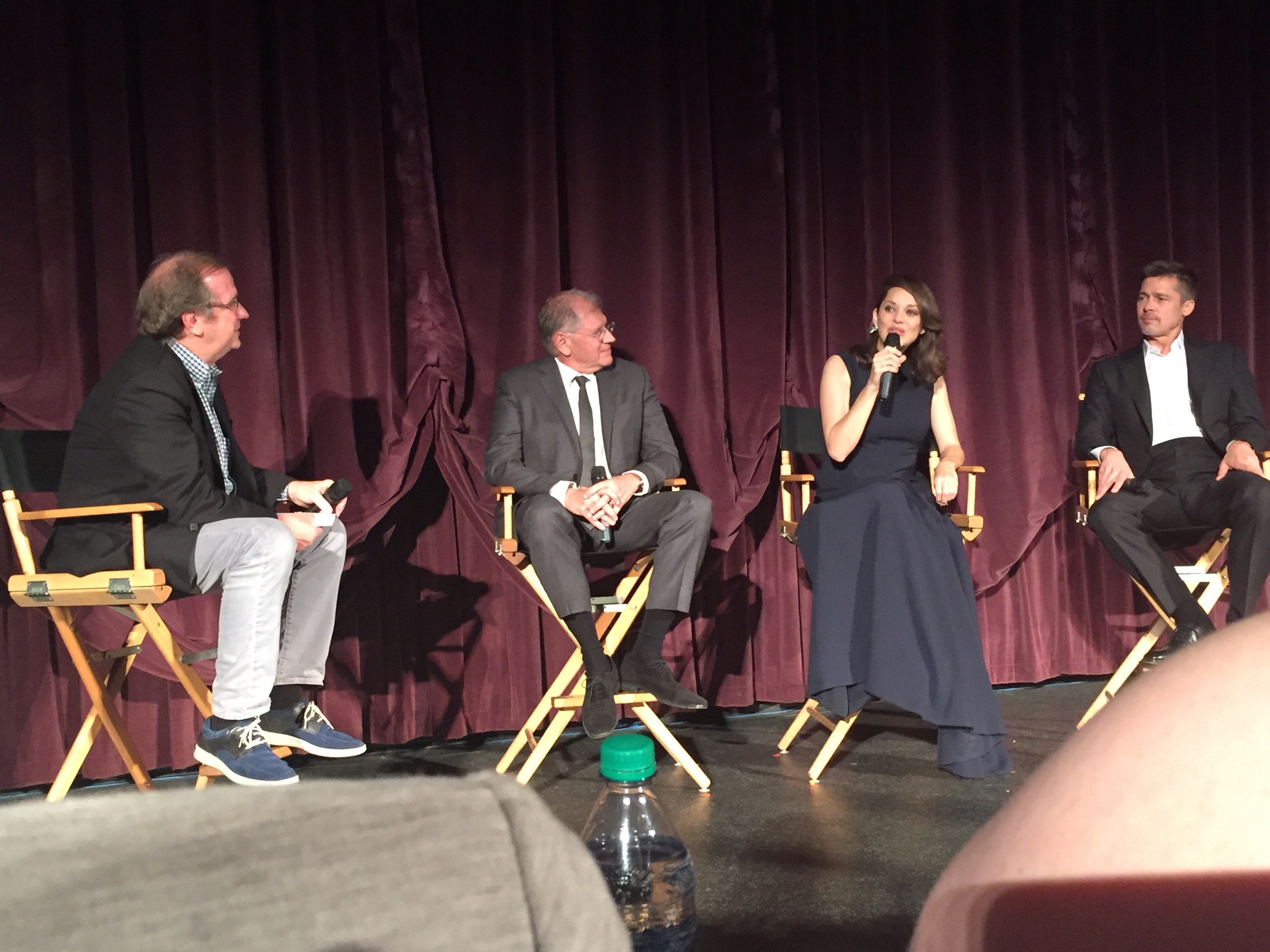 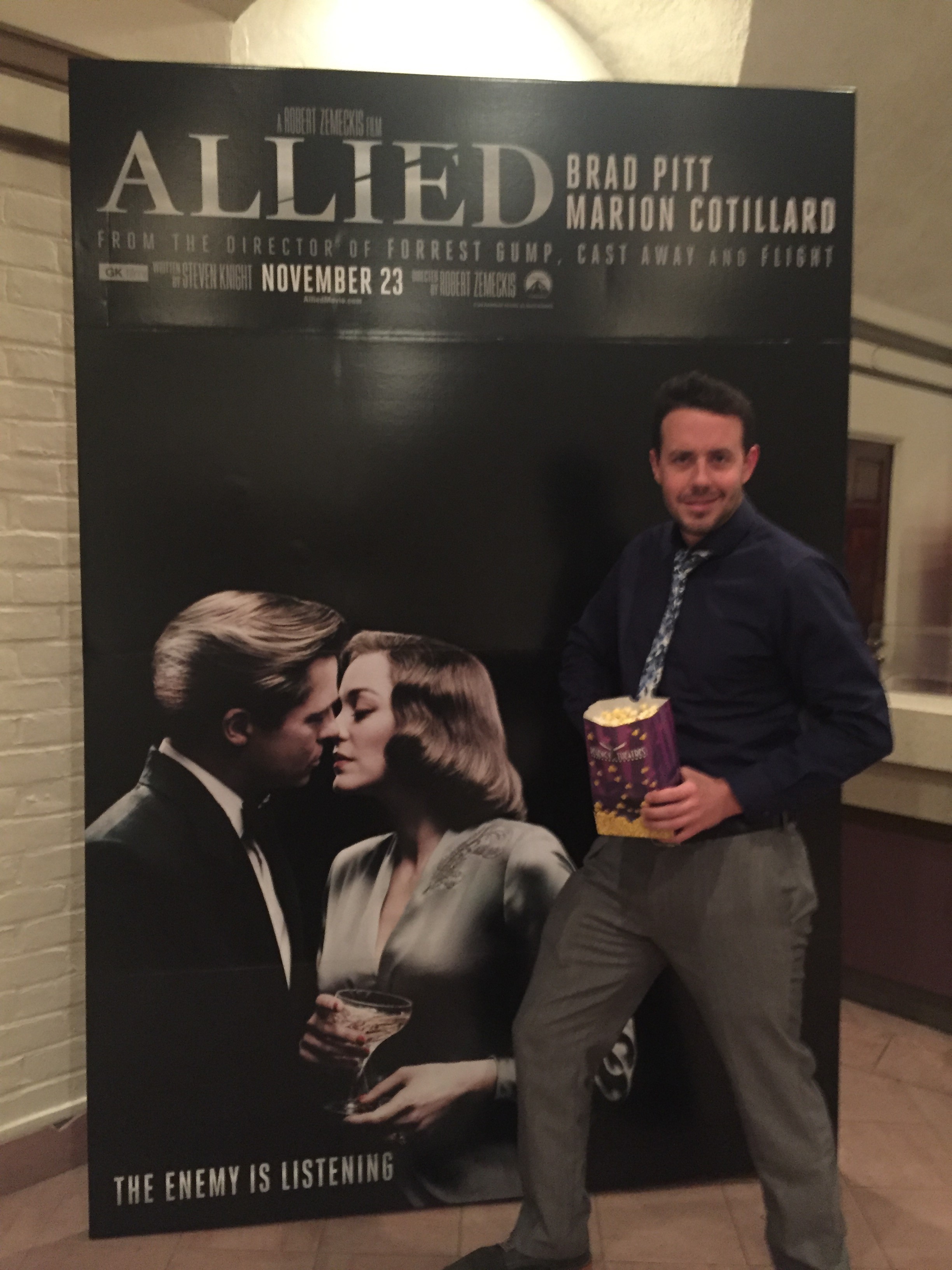