Oliver Stone At the Aero Theater Featuring The Film “U Turn”

The Aero Theater in Santa Monica sponsored a provocative film series by iconic, Oscar winning director Oliver Stone from May 18th – Saturday May 20th.  The films that were previewed were Nixon, U Turn, Natural Born Killers, and Heaven and Earth.  On all three nights, Oliver Stone talked with the audience about the movies. Christine Peake of the Peakprgroup invited The Hollywood 360 to attended the Q&A of the film, U Turn. 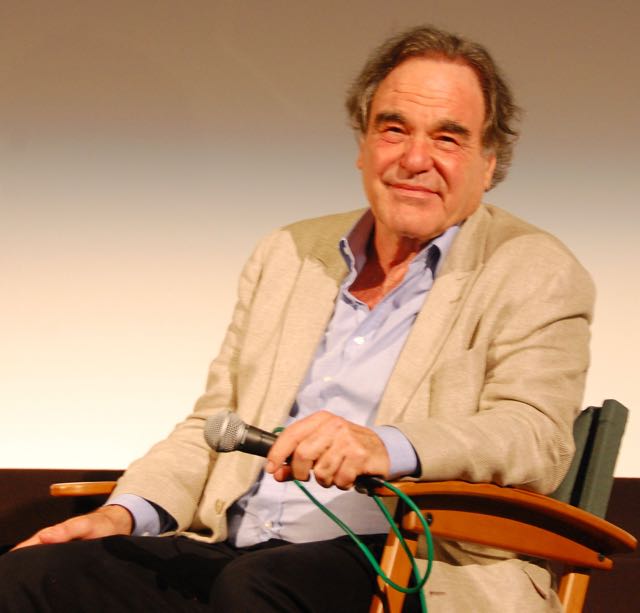 The movie U Turn, (based on the novel Stray Dogs by John Ridley) featuring Sean Penn, Jennifer Lopez, Nick Nolte, Billy Bob Thorton, Jon Voight, Powers Boothe, Claire Danes, and Joaquin Phoenix is a modern western neo-noir crime thriller that Oliver Stone directed in 1997.   No one should ever go to Superior, AZ or your life might take a U Turn too and not the kind where you get away without paying the price.  As Sean Penn drove his bright red (the color of blood) convertible down the dusty, gritty, isolated roads of Arizona, the edgy mood was set for the unraveling of this dark comedy/tragic story.  When his car’s fuel pump breaks, Bobby Cooper (Sean Penn) was forced to make a U turn into this godforsaken town. 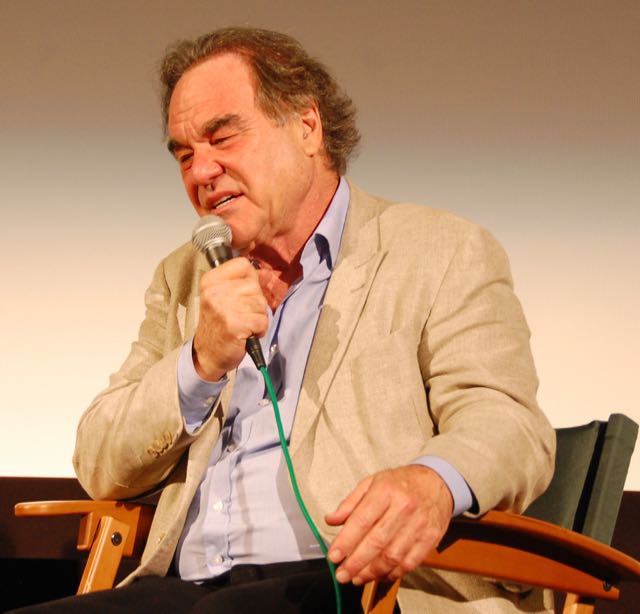 Oliver Stone commented, “It was the dead end of the world.”

The film was filmed on Reversal stock, 5239, which gave it an extra harsh look and Oliver Stone admitted it was low budget. “It is a low budget film, very unpretentious. I was trying to make a profit, which I really could have really used.”

The town looked baked and bare.  The feeling of desperation and madness seeped out of the pores of the strange characters that inhabited Superior, AZ.  Billy Bob Thorton, the crazed mechanic, resembled a Clyclops with his mutant eyes bugging out of his head and a heartless grin that beamed trouble.  Oliver Stone laughed when an audience member asked about how much input Billy Bob Thorton had into the character of Darrell. “Billy Bob Thorton loved the role. He had definite ideas.  He chose that outfit which was covered with grime and exposed his hairy belly.   He was much heavier at the time.  He didn’t want to travel by air to get to the set so he drove his car out there. He’s a very strange fellow, yet very funny and fun to work with.”

Sean Penn was not the first choice for the role of Bobby.  Bill Paxton was casted originally.  Stone told the story, “Bill Paxton was uncomfortable playing such an intense character.  We were in AZ rehearsing and Bill Paxton pulled out two weeks before the shoot.  Sean stepped in and saved us.”

The entire story was told through the eyes of Bobby Cooper and we watched how his dog-eared life deteriorated incrementally. Penn’s brilliant ability to switch from the handsome, suave, rogue to the pathetic, heinous killer and then back to the loveable, sarcastic, anti-hero was transfixing.  Oliver Stone said of Sean Penn, “Look at how Sean is for most of the script… he’s in filthy clothes, blood all over, and he never changes the outfit. To get up every morning into that outfit, and go out there while your character is going further and further down, shows off his intensity and his acting ability.”

The critics came up mixed when reviewing U Turn.  Roger Ebert said, “It was repetitive, pointless exercise in genre filmmaking,” yet the New York Times reviewer wrote, “”U-Turn” is a steamy film noir anomaly in the never dull, ever-checkered career of Oliver Stone… So ”U-Turn” becomes a showcase for the filmmaker’s terrific arsenal of visual mannerisms and free-association imagery. This can indeed be dizzying, what with unexpected angles, sudden shifts in points of view, frequent high-voltage surprises and all the fangs, beaks and antlers that illustrate the film’s basic premise.” 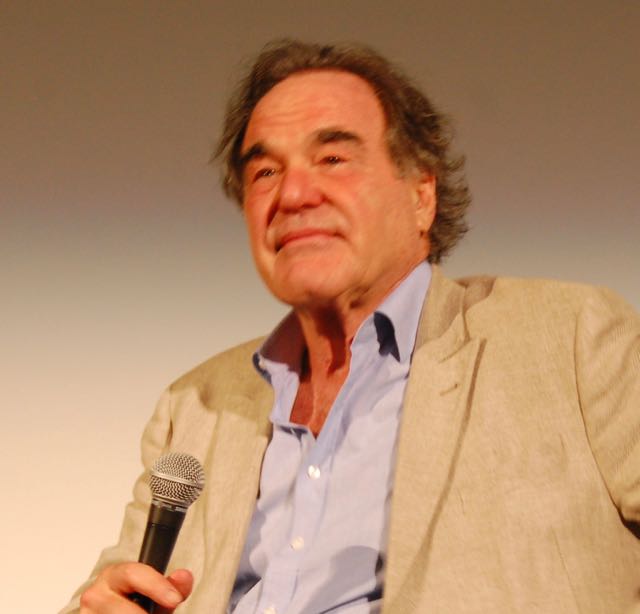 Here’s what Oliver Stone said of his movie, “Getting up in the canyons early in the morning, shooting with the sun going down, and having to get very gritty action was always challenging.  I think we had 38, 37 days of shooting.  It required a lot of discipline to pull it off.  I loved the film; however, it was met with cold indifference.  Critics thought it was slimy and seedy.”

The audience at the Aero Theater loved it.  They laughed, they grimaced, they fell silent, they bit their hands with anxiety.  At the end of the evening Oliver Stone received a standing ovation. 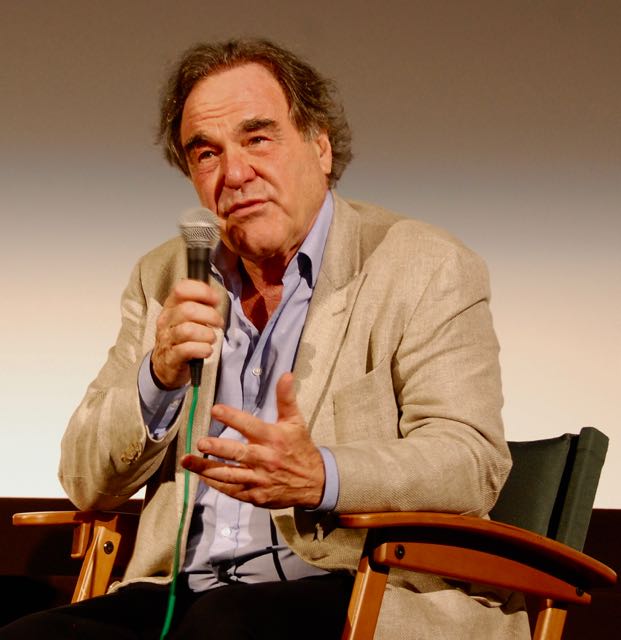 He parted with a statement for all aspiring directors, “In other words… you change colors, you change pace.  Don’t ever put something in your movie you don’t like.  I just say no.”

For more information on events at the Aero Theater: http://www.americancinemathequecalendar.com/aero_theatre_events