NARUTO and NARUTO SHIPPUDEN Movies Are Now on Steam!

Fans can catch the very first adventures of Naruto and team in the Land of Snow, and over the course of all 10 movies watch as he matures into the ninja we know and love now!

All 10 full-length feature films from the NARUTO and NARUTO SHIPPUDEN story arcs are available (English dubbed) for purchase and rental on Steam in the U.S. and Canada, including: 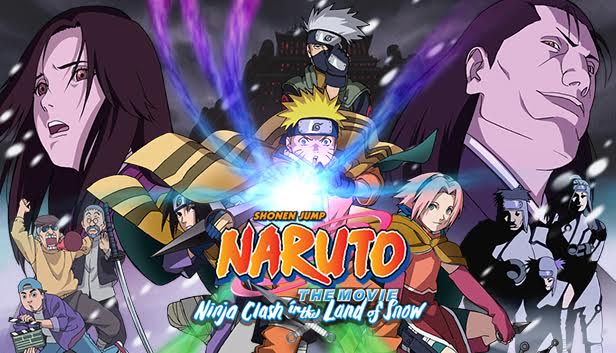 For a limited time only, a special promotional price will be available on the movies. Please visit http://store.steampowered.com/ to access these films.

“With its kinetic on-screen action and iconic characters, NARUTO has captivated millions of dedicated gamers and anime fans, and the movies are a wonderful complement to the content Steam offers its substantial user community,” says Brian Ige, Vice President, Animation. “We look forward to the future of this partnership.”

Steam is a leading content platform with thousands of titles and millions of members. Through Steam, fans can easily buy, play, share, modify, and build communities around Valve products as well as titles from other independent studios. Steam is available in 237 countries and 21 different languages. Since March 2015, Steam has also added more than 100 film titles, with more coming soon.

In the NARUTO manga and animated series, Naruto Uzumaki wants to be the best ninja in the land. He’s done well so far, but Naruto knows he must train harder than ever and leaves his village for intense exercises that will push him to his limits. NARUTO SHIPPUDEN begins two and a half years later, when Naruto returns to find that everyone has been promoted up the ninja ranks – except him. Sakura’s a medic ninja, Gaara’s advanced to Kazekage, and Kakashi…well he remains the same. But pride isn’t necessarily becoming of a ninja, especially when Naruto realizes that Sasuke never returned from his search for Orochimaru. Plus, the mysterious Akatsuki organization is still an ever-present danger. As Naruto finds out more about the Akatsuki’s goals, he realizes that nothing in his universe is as it seems. Naruto is finding that he’s older, but will he also prove wiser and stronger?

VIZ Media is the North American master licensor for NARUTO and distributes the NARUTO and NARUTO SHIPPUDEN anime series and feature films as well as publishes the bestselling NARUTO manga series in print and digitally.

Additional information on NARUTO and NARUTO SHIPPUDEN is available at www.Naruto.com.