Image: A father sits down next to his young son and together they watch the news where a black man just got shot. The son asks him innocently, “Why did the police just shoot that man?”

BAM! The bold, unflinching beats of GOD BLESS AMERICA hook you right into the mesmerizing, provocative music video as the screen fills up with American flags undulating in the wind – Irony pitted against dead serious reality.   For the next three minutes or so, images scald one’s mind as rap artist JBiggs constructs a song that pushes and prods at the collective consciousness of America…

I pledge allegiance to the flag

Of the United States of America

To the Republic for which it stands

One Nation under God

Liberty and Justice for all 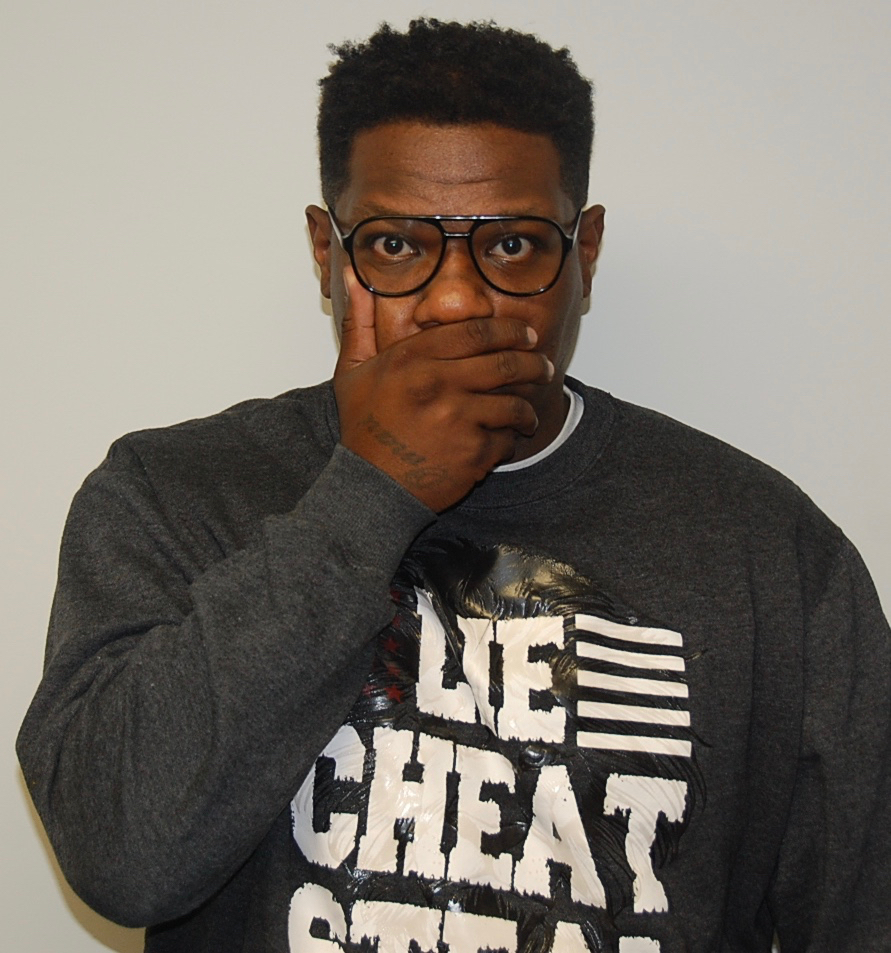 “It is the mission of Mighty Works Media, LLC to provide personalized consulting services and innovative career guidance for both established and developing artists to assist them with cultivating the highest possible level of accomplishment in the ever-evolving music and entertainment industries.”

With the release of JBiggs’s , GOD BLESS AMERICA Music Video and Single, Mighty Works Media launches their first major project out to the public.  They have signed many other rap and hip hop artists to their company and will soon be announcing other creative projects from their diverse and multi-talented group.

I attended Mighty Works Media’s Artists’ meeting on November 19th in New Jersey and had the opportunity to interview JBiggs. 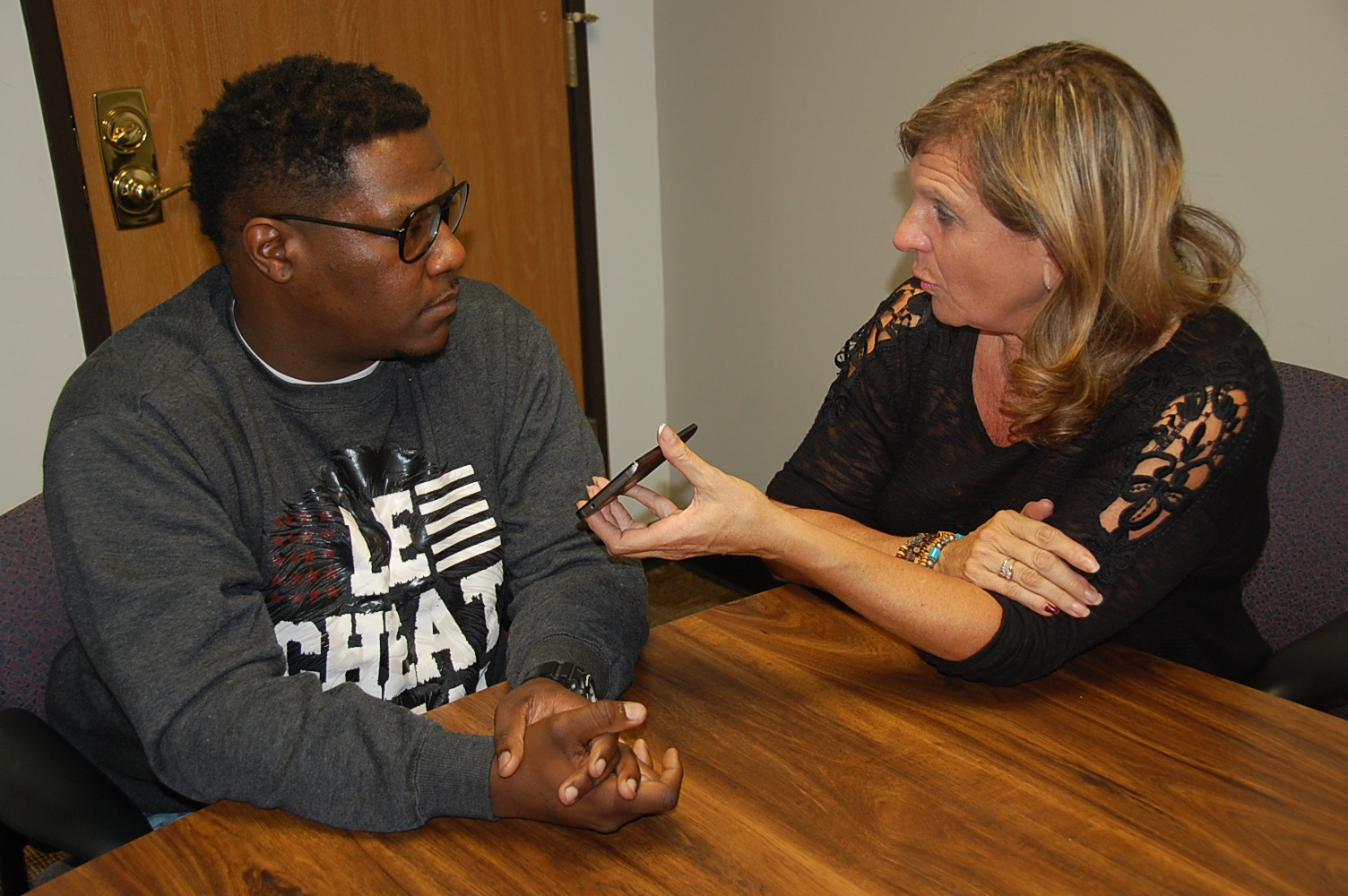 Sheryl Aronson/The Hollywood 360: You have just created the most fabulous music video called…

Sheryl Aronson/The Hollywood 360:  Let’s talk about what inspired you to write the music, the words.

Sheryl Aronson/The Hollywood 360: What about current politics and presidential candidates?

JBiggs:  I didn’t agree with neither candidate.  Hillary or Trump.  I don’t believe   anything Trump says.  My beliefs are not with him.  I don’t think Hillary is qualified…she is very sneaky and secretive.  Can’t trust anyone to run the country who is secretive.  Donald Trump…he’s the biggest scammer in the world.  He doesn’t pay taxes…I pay taxes. 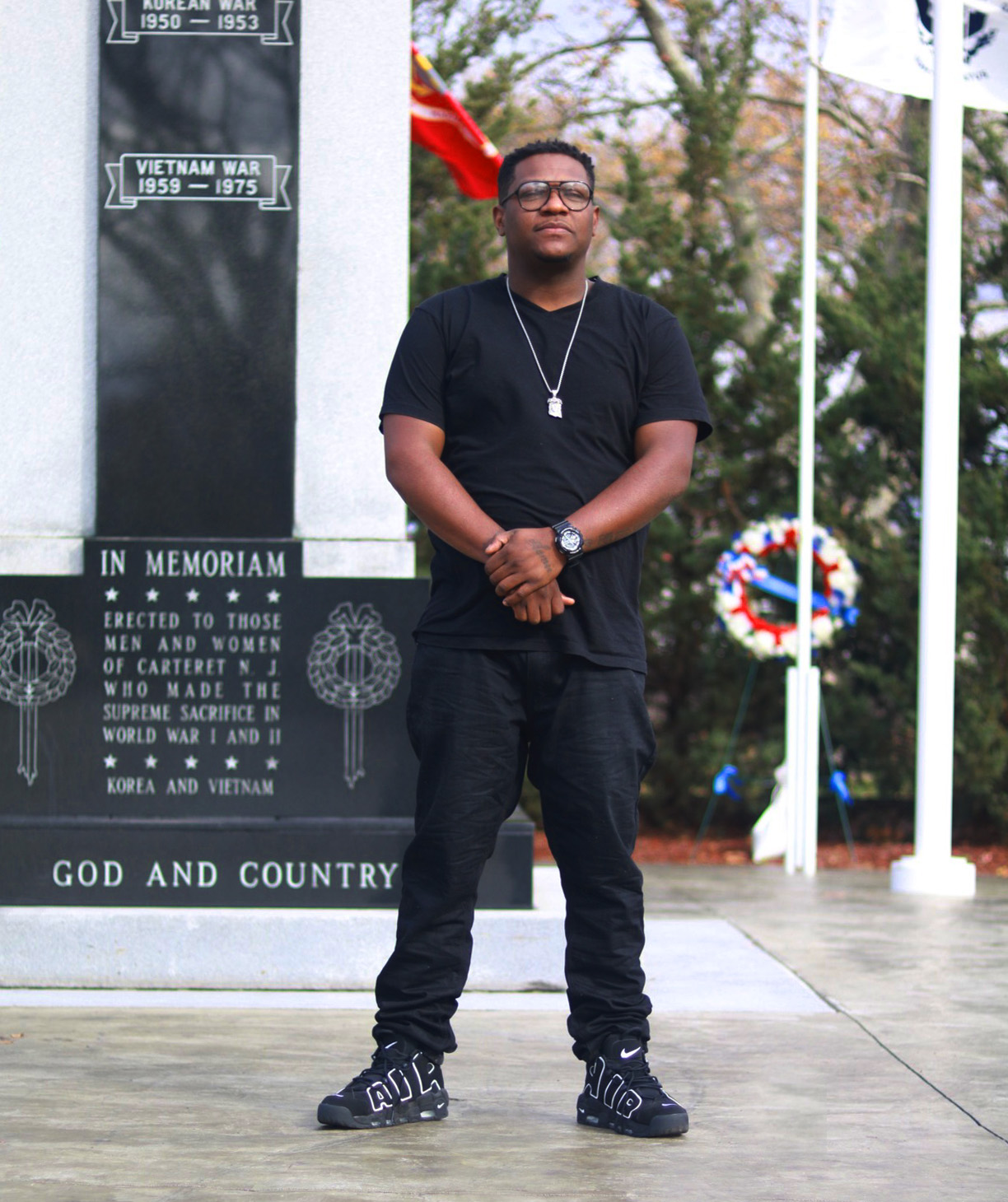 Sheryl Aronson/The Hollywood 360: So you were unhappy with both candidates…you didn’t like this Presidential Election.  Was there anything else that was underneath creating the video?

JBiggs: The current issues in the world…period.  You’ve got racism.  That’s one of the biggest avenues happening right now, especially in this country.  Slaves…Martin Luther King spoke up for us years ago and we’re still getting killed by police officers.

Sheryl Aronson/The Hollywood 360: In the video we do see a lot of the current events that are going around us …about the police brutality.  So what are you trying to say here?  It’s kind of ironic in some ways when you say, ‘God Bless America,’ and then we see all the terrible things going on in America.  So we have, ‘Yeah, we live in this great country… but look at all this darkness going on.  Talk to that.

JBiggs: God Bless America is exactly what I’m saying.  God Bless America means everything that is happening in America, not just the Presidential candidates, but the racism that is going on that you haven’t seen on television, or what you are now seeing that’s going on.  Because now everything is on social networks, everything is on the media, the internet. Before it wasn’t like that so you didn’t see what was happening.  But now everyone has a cell phone… and everything is being filmed at all times.  So now everything can be documented so everyone is like, ‘Wow…this is going on.’  Now I want to put that on a platform and I want everyone to see what’s really going on. 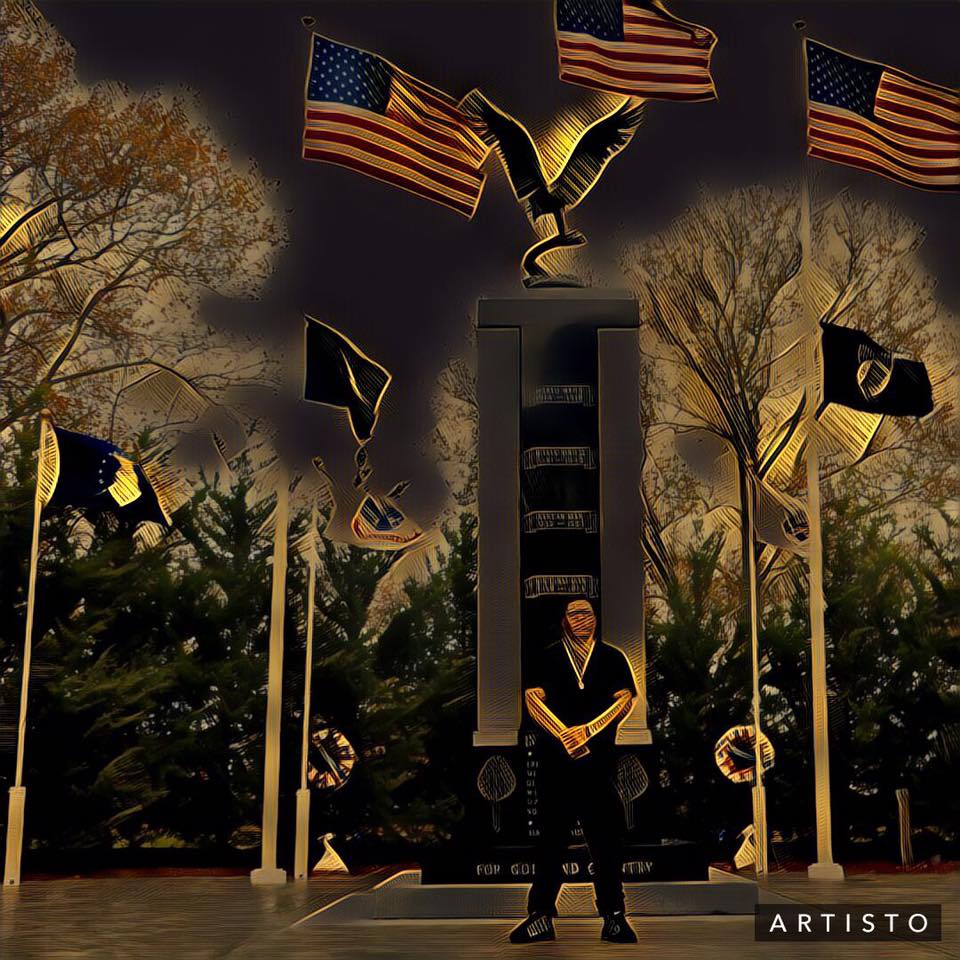 Sheryl Aronson/The Hollywood 360: Can you say some of the lyrics in the song?  Lines that are really poignant and speaking your message out?

JBiggs:  White boy shoot up a church and then they try to send him to a therapist

Sheryl Aronson/The Hollywood 360: No.  I’m sure you’re talking about a lot of injustices here.  How about the football player who didn’t want to stand up for the National Anthem?

JBiggs:  I don’t blame him.  I don’t see anything negative in what he did.  It was a positive approach.  He didn’t punch anyone if the face, he wasn’t carrying any signs, he didn’t curse anybody.  It was positive to me…

Sheryl Aronson/The Hollywood 360: So do you really God Bless America?  Where are you at with all of it? 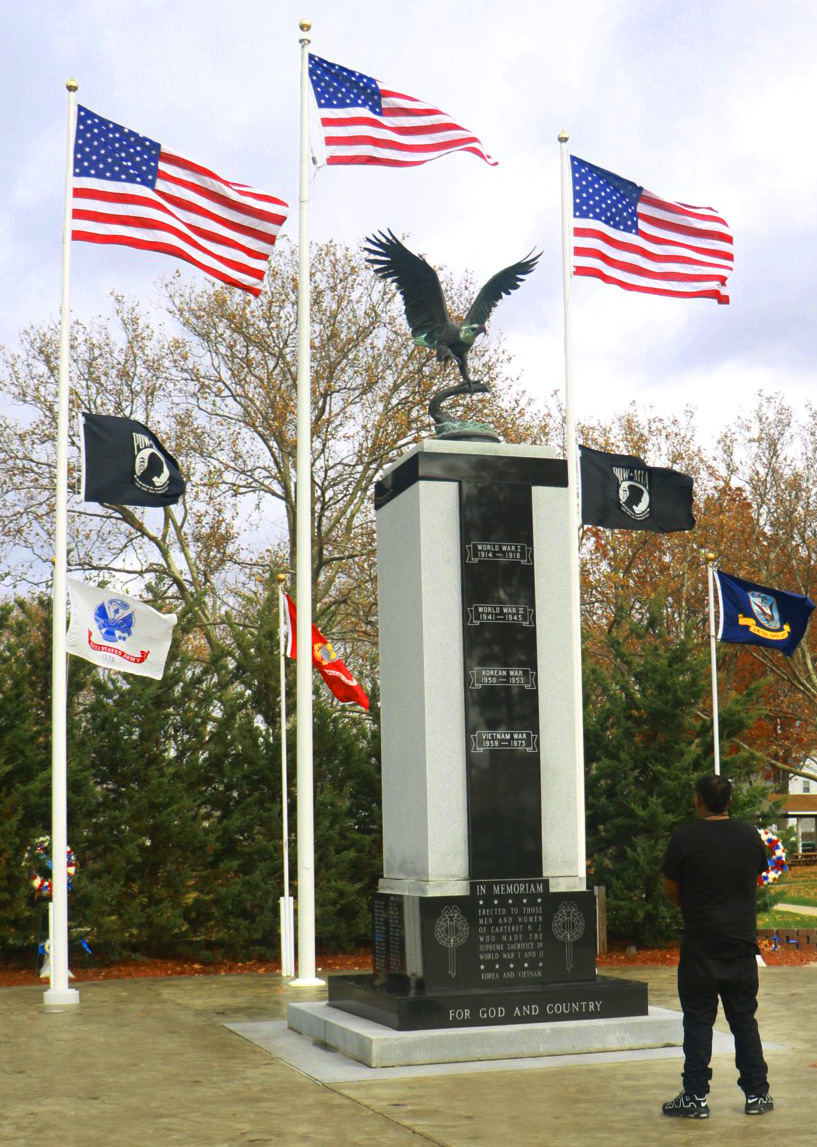 Sheryl Aronson/The Hollywood 360: Let’s talk about your creative process.  How you write a song.  What happens first?  Are you sitting there and an idea comes?   Or you see something on television and it jars you.  How do you do it?

JBiggs:  If I like a beat…if a beat is there or the instrumentation, I could write a record in 45 minutes.

Sheryl Aronson/The Hollywood 360: So you’re saying that it’s first the beat then the lyrics come after?  Where do the lyrics come from?  Is it because something has happened to you?

JBiggs: I write about my personal experiences and what I witness.  That’s the only thing I can write about.  I can’t write about …what you say, I can’t write about what person B sees.  I can only write about what I see and what I hope.  God Bless America…we are all witnessing.  I am one of the many speaking and putting it on a major platform.  What else better than to talk about the current events?  I mean, you talk about something real, that people can relate to, but reaches into the soul of the person.  Music is the heartbeat…when you’re in a bad mood, you’re happy, you’re sad…it goes hand in hand with what you’re feeling.

No one will want to miss watching/purchasing JBiggs#Tunagang Music Video, GOD BLESS AMERICA on January 16th!  The torrid rhythm, the spurring lyrics, and challenging images create a powerful package.

Photos by Sheryl Aronson/ The Hollywood 360