On January 27th, Larry Dunn, an original member of Earth, Wind & Fire, 7 time Grammy Winner, Inductee of the Rock and Roll Hall of Fame and the Songwriter’s Hall of Fame demonstrated the newest Privia Casio keyboard at the Casio Booth during NAMM 2018.  On this particular day he was also joined by the multitalented Jon Barnes who doubled up playing trumpet and keyboards as the two musicians did an impromptu duet of Earth, Wind & Fire songs.  As always Larry Dunn dazzled the crowd with his precise acumen on the keys which turned out a clever jazzy improvisational jam of the hit tunes “Hearts Afire,” “Reasons,” “Gotta to Get You Into My Life,”  and the grand finale was “September.”  Jon Barnes added his superb chops on the trumpet accompanying Larry throughout the interlude. 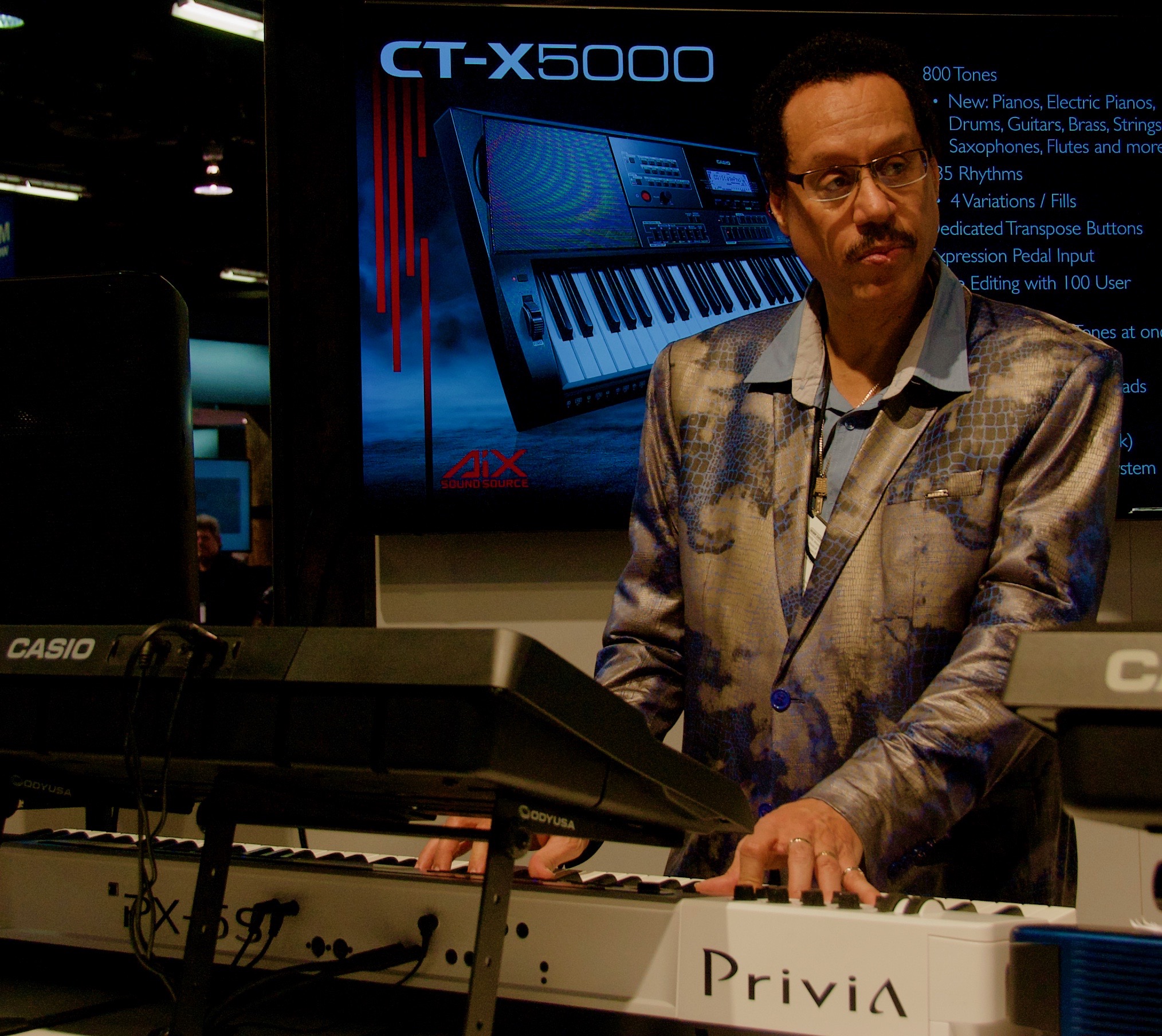 I sat down with Larry Dunn afterward and we talked about the Casio keyboards and why Larry endorses their instruments.

The Hollywood 360:  Talk about why you feel Casio is such a great keyboard company and why you enjoy playing their keyboards.

Larry Dunn: Back when I began my career and was first playing the Hammond B3 organ, it was so heavy to carry that everywhere.  I started with Casio in 1980’s and I tell everyone, today’s Casio products are not from your father’s day. They now have a 88 key PX-5, fully weighted keys that is 25 pounds.  They have an XWE-1 which is like another Moog for me and I use it for solos. That is 11 pounds.  Both of those deal with batteries so if you accidentally get unplugged, the batteries take over … or you can take it to a park with headphones and write. It has great organ sounds and is polyphonic.  This year they have come out with CT-5000/3000.  The prices are so reasonable.

Michael Jackson, the keyboard player was here a few years ago when Casio came out with the XWB1, and he heard me telling Mike Martin that they should raise their prices because it was so affordable.  Michael looked at me like, would you just be quiet because he really liked how reasonable the keyboard prices were.

Every couple of years they keep kicking it up and kicking it up.  They have so much product to offer and I haven’t had time to explore it all.  It’s not your father’s Casio, I keep saying.

Joe Sample was one of the first musicians to come onboard with Casio.  I remember the story his Manager told.  He said, ‘Joe never does this.’ Joe was sitting down at the PX-5 for 45 minutes so they knew he really liked it.  So since Joe Sample came on board and I came on board, a lot of major keyboard players are paying attention to Casio products.  It’s a wonderful product. I thank Mike Martin and the entire staff at Casio for their support. 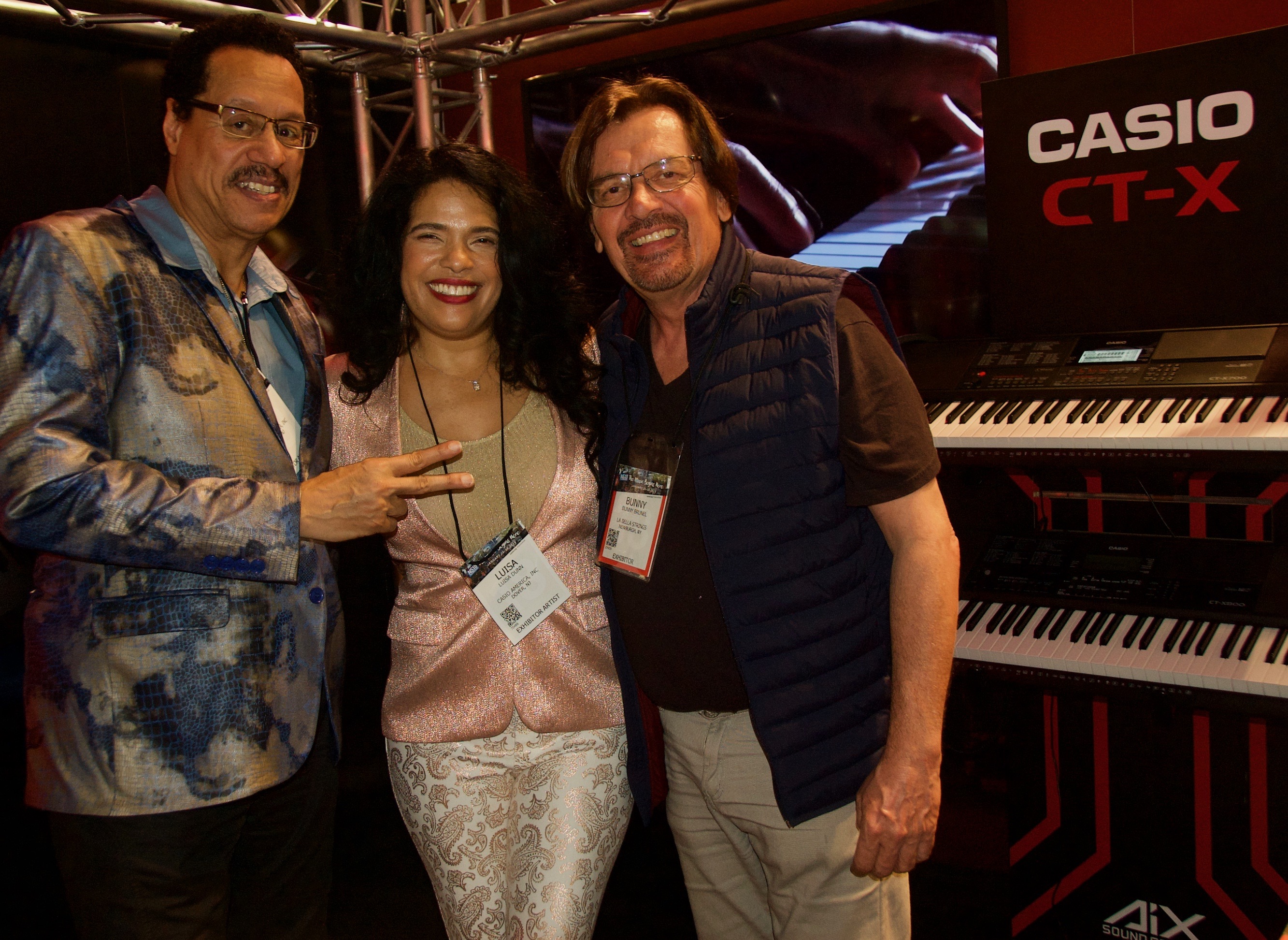 The Hollywood 360: When you were playing the Casio keyboard just before what were you enjoying about this instrument?

Larry Dunn:  This was my first time playing it.  That was the CT-5000 or 3000.  The feel is always good.  I can’t wait to get my hands on it and take it home so I can really dive into it.  You will be seeing it at my next concert.

The Hollywood 360:  What are you doing right now musically?

Larry Dunn: I am writing and recording and working on Luisa’s solo project.  I am doing the Larry Dunn Anthology of Earth, Wind & Fire band and playing locally.

The Hollywood 360:  You just played at The Rose in Pasadena on December 3rd and had a fabulous turnout.  That show was so dynamic, people were crying because they were so moved.

Larry Dunn: Verdine White came out with his wife Sherry Clarke and John Paris with his wife, plus Maurice’s widow, Marilyn was there. 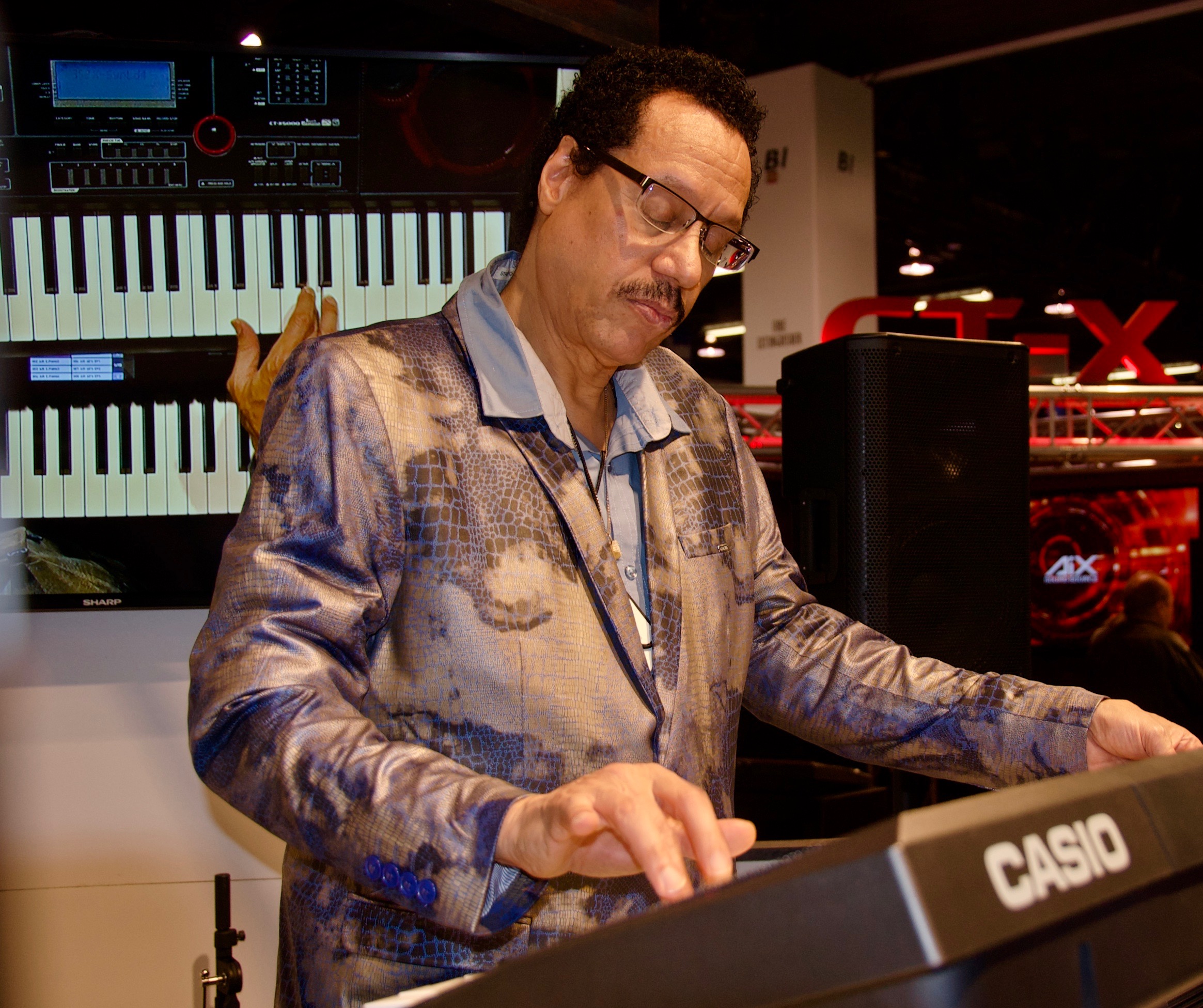 The Hollywood 360:  From the moment his band starts … BAM …it’s nonstop hit songs and everyone gets up to dance.

Larry Dunn:  We have some amazing musicians too. We have five great singers too.  Go to larrydunnmusic.com and you will see what I am up to.

The Hollywood 360:  Congratulations on the Music Hall of Fame in Denver, Colorado.

Larry Dunn:  On November 28th, 2017 they inducted the three Denver boys, Phillip Bailey, Andrew Woolfolk, and myself into the Colorado Music Hall of Fame.  They had a great band.  Phillip and I came out and put it together. 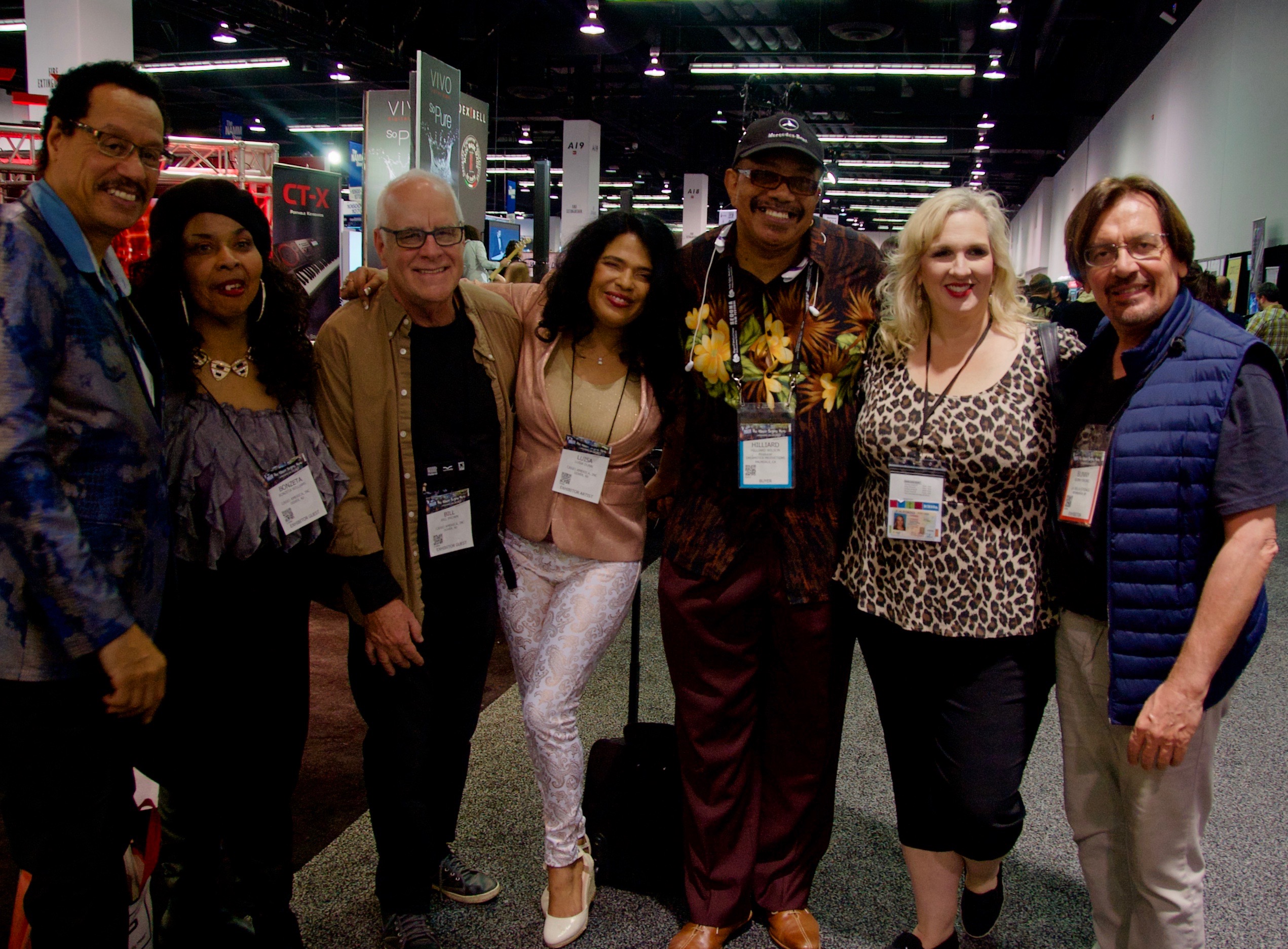 The Hollywood 360:  Thank you Larry Dunn for this interview.  It’s always wonderful talking with you.

For more information on Larry Dunn go to:

For information on Casio Instruments go to: