On May 25, 2017, at 6:30 p.m. The 3rdAnnual LAUSD Student Film Festival took place at the Academy of Motion Picture Arts and Sciences in Beverly Hills with red carpet interviews for the student filmmakers and special guests.  Over 700 L.A. Unified elementary, middle and high school filmmakers and their dedicated teachers represented every Local and Board District to celebrate the twenty-one selected short films.  Included in the showcase were documentaries, dramas, thrillers, public service announcements, and animation.

The Hollywood 360 was on the red carpet and interviewed some of the industry people who were attending the event.

The Hollywood 360: You are a veteran in the Entertainment field and you have also been where these kids have started.  What words of wisdom can you offer them?

Bill Duke: I want them to understand that their passion is very important.  This is a business… in order to survive must have passion and understand how the business works.

The Hollywood 360: What is the most important statement you would tell a young filmmaker about the business?

Bill Duke: Never give up!

The Hollywood 360:  Tell us what you are doing right now.

“Created Equal” centers on a woman who’s desperate to become a priest in the Catholic Church. She turns to an up-and-coming lawyer who files suit against the Archdiocese of New Orleans for sex discrimination without justifiable cause. As the trial unfolds, an extremist threatens to kill the woman if she doesn’t back off.

The Hollywood 360: Tell us about the Indie Night Film Festival.

Dave Brown:  It’s the first weekly film festival in the United States and probably in the world.  My motto is why wait to be seen, when there is all this work in between.  When the film maker is asked, what is the last thing you have done and they reply, ‘I just finished something two weeks ago but it won’t be out until next year,’ we don’t work that way.  We give everybody an opportunity every week-end to be seen.

The Hollywood 360:  What would you say to the children here tonight?

Dave Brown:  These are the rising stars of writers, directors, and actors of Hollywood.  I want them to know we all dream.  But sometimes we’re scared to jump out and off the cliff.  At the end of the day… follow your dreams, create your own lane,  don’t wait, don’t be afraid.  Do something different.  Don’t copy anyone else.

The Hollywood 360:  However, this generation of kids want things to happen quickly, immediately.  Address that issue.

The Hollywood 360:  Any other advice you would like to give?

Dave Brown:  Hollywood is all about who you know.  Always work to create relationships because you will always have to use them to move forward in your career.

The Hollywood 360:  How long have you held this title?

Rory Pullens: I’ve been in Los Angeles for 3 years.

The Hollywood 360:  You have a lot of students to take care of here.

Rory Pullens:  There are ¾ of million students in LA Unified so there are a lot of lives we need to transform.

The Hollywood 360:  What are some of the bullet points that you would tell the kids about how to succeed in the creative arts Industry.

Rory Pullens:  The first thing is that the Arts are a part of our everyday life.  This is not separate from your Academic life.  We encourage all the young people to engage in the Arts and explore their creativity.  There are benefits to students who do such a thing… higher graduation rates, better attendance in school, higher test scores, but even beyond that, it broadens their humanity.  It connects them to their community and their lives in a different way.  We want them to be exposed to the Arts because of all of these factors.  That’s why we are here at the Academy of the Arts.

So many students have never been to Beverly Hills.  Coming here tonight will transform some youngster’s life where they are going to be sitting here watching these films and say to themselves, ‘I want to be doing this for the rest of my life.’

The Hollywood 360:  What is your background?

Rory Pullens: I am a Native Southern Californian, however, I’ve spent the last 15 years running the Duke Ellington School of the Arts in Washington, D.C.  Prior to that I ran the Denver School of the Arts for 7 years and also worked in the industry as a script writer.  It’s coming full circle.  Education/Entertainment.

The Hollywood 360:  We are going to see a lot of films tonight?  These kids have won awards.  Where do they go from here?

Rory Pullens:  The important thing is about sharing their story.  It’s all about sharing your narrative.  Tonight, they will be further inspired to continue doing this.  Now I’ve heard some young people say, ‘Now I want to major in film in college.’ ‘I want to win an Academy Award one day.’ Tonight is an inspiration for these young people and a motivation for them to go to the next level with their creativity. 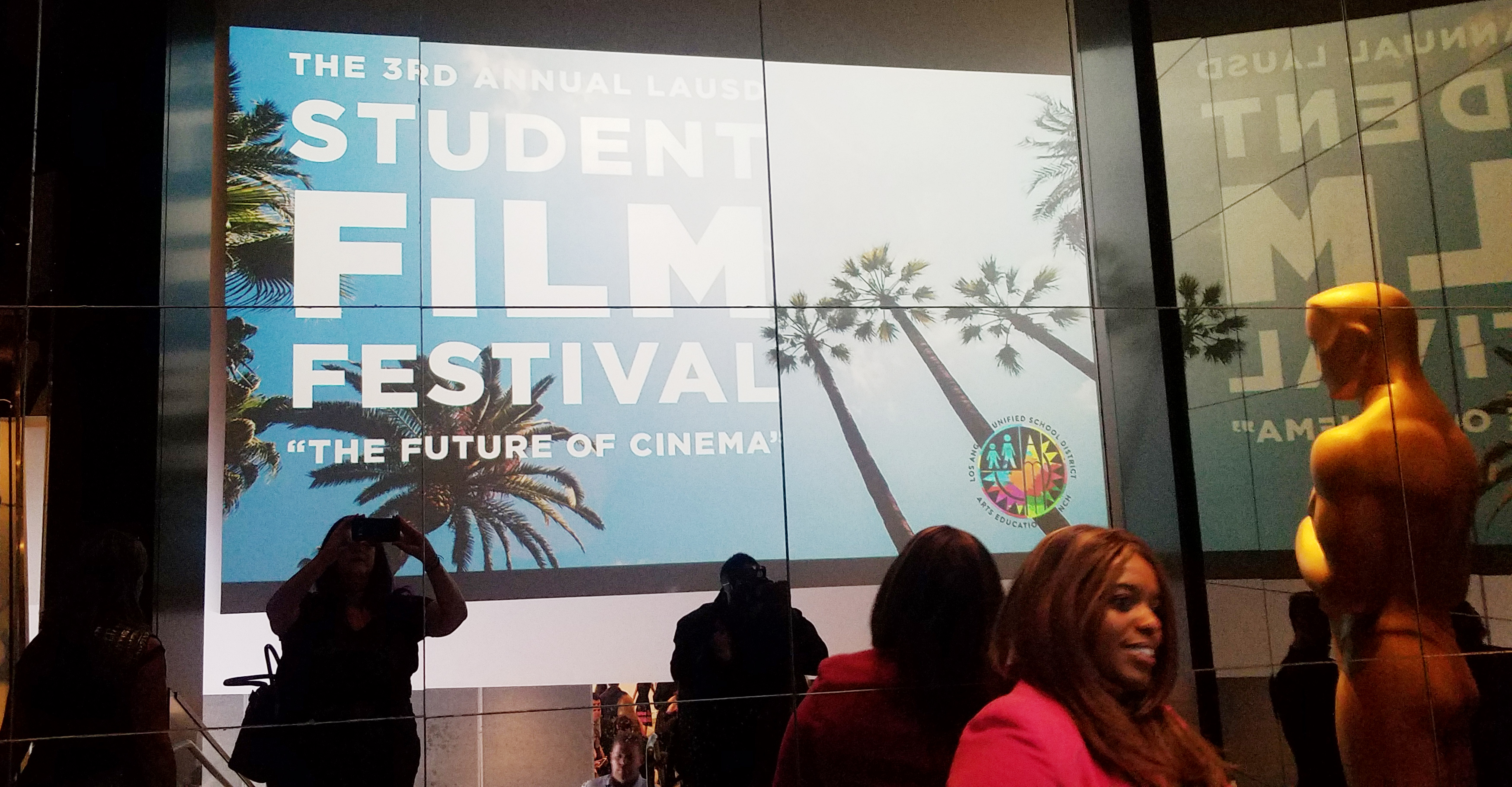