HELP IS ON THE WAY XXI – A STAR STUDDED AFFAIR! 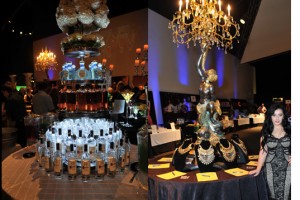 Barbara Richmond and Peggy Ermet lost their only sons John Richmond and Doug Ermet to AIDS. Out of their pain and loss was born “The Richmond/ Ermet AIDS Foundation.” In 1995 the first “Help Is on the Way” Benefit was born. 21 years later the “Palace Of Fine Arts” in San Francisco is just a week away from playing host to one of the most successful, largest and historic AIDS Benefits in Northern California. The Richmond / Ermet Aids Foundation’s “Help Is on the Way XXI,” Hollywood Glam Benefit and Gala. This year’s star studded event will benefit “Meals on Wheels San Francisco,” and the “San Francisco AIDS Foundation.”

REAFS glamorous event will feature an eclectic range of talent from stage, television, music and film. A fabulous Silent Auction and VIP Party, a pre show Gala Reception, wine tasting, martini and margarita bars, as well as sumptuous complimentary hors d’oeuvres to please the epicurean in all of us. And as if that weren’t enough a concert, dessert and cocktail Party with the cast. Coupled with just an added spin from last year’s event. The after party will be all dressed up as “Club REAF” featuring DJs Steve Fabus and Sergio Fedasz. So, be sure to get your tickets now for the hottest party in town!

We had the opportunity to interview via phone and emails five of the phenomenal talents that are part of the stellar line up for this incredible event. When asked about their involvement with this years prestigious fund raiser, their responses were as follows:

“This is my 18th year with REAF. My 29th year being involved in S.T.A.G.E in Los Angeles. You asked me if my involvement with AIDS related programs has changed me over the course of my time being involved. In the beginning 35 years ago, you just didn’t know a thing about this disease when if first came out. It didn’t even have a name. No one survived in the beginning. I remember I was playing in 42nd Street in New York, and I remember thinking “My goodness, I don’t think I’ll ever know anyone that has this disease.” And when it moved out from being considered a “Homosexual” disease to a global one, my thinking as well as people’s thinking began to change.”

I don’t think people change when they do something helpful. What I believe is in times of great crisis and AIDS was a great crisis. Catastrophe brings out the best and the worst of who you really are as a person.

From the beginning Hollywood saw Elizabeth Taylor show great courage in her involvement. She truly believed in getting correct information out to the public and she put herself out there. She knew the pro and con of what she was doing. As a result of her involvement she was able to raise millions and millions for AIDS research. And while that is important. We certainly need the Elizabeth Taylors, and Elton John’s of the world. But, we also need to care for the community and that’s what being a part of “Help Is on the Way” Like I said this is my 18th year and I love what REAF has done. What I like about S.T.A.G.E here and “Help Is on the Way” in San Francisco is we feed, we help with rent and utilities and we take care of people on a personal level. We don’t make millions we make hundreds of thousands. We help people get through the night. That’s the difference. While we need people who make research millions like Elizabeth Taylor and Elton John since AIDS is still global. What we certainly need are people who are willing on the community level to help take care of our people here in San Francisco and in L.A. Holding an event like this one makes sure we can do that.   People are living longer with HIV/AIDS and thank god for that. However, I still think people don’t get it. Especially the young people, I always resented the statement when they were referring to the possibility of maybe contracting HIV “Oh we just need to take a medicine cocktail.” That thinking reduces AIDS /HIV to a frivolous and a dangerous situation. Yes, people are living longer because of the advances in research. People still need to be aware that AIDS is still very much a global disease.

Until there’s a cure, it’s onward and upward, nothing would please me more if we never had to do this ever again. No more fundraisers, but until that happens we’ll keep doing it! And I’ll keep being involved. I hope I meet you darlin’ be sure you come say hello to me.” Indeed, Ms. Cook I will certainly do that. Thank you for your time, it’s been a pleasure talking to you.

I’m excited to be part of the upcoming REAF Help Is on the Way 21 Gala – and just because of the crazy schedule (leaving tomorrow to start our final season of American Idol auditions) will say this:

I’m thrilled to be musical directing this year’s Help Is On The Way Gala after doing it several years ago – and have had to not be involved for the last few years because of Idol audition dates.  However, this year not only worked out – but more importantly the producers asked if I’d come back.

I think it’s a fantastic organization and everyone involved is very professional and things always run smoothly – and there’s something for everyone in the show – which is even greater – they have the old school and the new school all mixed together.  And that’s why they produce such successful evenings.

I also really believe in the work of The Richmond/Ermet Aid Foundation – it’s sad that so many years into this cause that we still have to be doing this – but the more funds that are raised and the more awareness for the young and the old, the better.

This Gala will be an exciting one for me besides having some of my Idol “kids” involved, we’ve got some incredible talent most of which I’ve gotten the pleasure of working with before including a couple of them that I got to meet as a result of musical directing this very benefit years before.

Q: You lend your talent to several charitable organizations, and have been involved with The Richmond/Ermet Aid Foundation’s ”Help Is On The Way” in the past. What would you like to impart to those who might be on the fence in regard to supporting an event like this?

A: I want to paraphrase Epictetus, the famous Roman philosopher: never suppress a generous impulse!  If a worthy charity or friend asks for our help, it is our duty make an effort to stand by them.  Either you’re someone who gives back or you’re not.  But if you’d like to think you’re the former, you have to start saying yes when someone calls on you for help.

Q: How did you become involved with this particular event and why this charity?

A: My manager is on the Ambassador’s Committee of APLA here in Los Angeles.  Since I had been active with Broadway Cares/Equity Fights AIDS back in New York, when I moved to California, she connected me with APLA.  I met David Galligan through APLA work and he invited me to become involved with the Richmond/Ermet Aid Foundation.  The good work that Richmond/Ermet does for people in San Francisco is so similar to what APLA’s mission is here at home, that I feel my involvement is really just a natural extension of the type of support work I’ve already been committed to for a long time.

Q: What are your thoughts on being a part of the largest Northern California AIDS benefit concert?

A: What an honor to be able to participate in one of the most historic and successful ongoing humanitarian efforts in California history.  The organizers of this event and the beneficiaries of this benefit are people of warmth, integrity, courage and humanity, exactly the type of people I’m proud to call my friends.

Q: How do you determine which event you will be involved in?

A: If it’s an HIV/AIDS charity I try to always say yes.  My aunt and cousin passed from AIDS in the 90’s.

A: I’ve been a part of MANY “Help Is on the Way” benefit concerts in the past, but my schedule hasn’t worked out the past few years. Happy to be back to my roots performing on stage as I did when I was on Broadway.

A: Thank you for helping spread the word about this incredible evening of music that will raise such vital funds. Currently people can see me on “The Horizon” Series on YouTube seasons 5&6. I have a film hitting the indie film festivals soon called “Kiss Me, Kill Me.” Make sure to look out for that!  Plus, I’m shooting MTVs “Catfish: Untold Stories” this week- Look out for me on an upcoming episode.  Most importantly to stay connected follow me on Instagram @officialjairodriguez and Twitter @jairodriguez or Facebook.com/jairodriguezfanpage

Q: Please take a moment to tell me how you become involved with REAF’s “Help Is on the Way” benefit?

A: I have done this event before for a few consecutive years and I can honestly say that this is one of my all time favorite events. I am always disappointed when my schedule doesn’t allow me to participate. Needless to say I was thrilled to be invited back. I love the opportunity it presents to be on stage with some legendary talent and to work with David, whom I just love. It’s always an amazing show. ‎ It’s truly an honor and a treat.

Q: Communicate to the readers of this article your thoughts on the importance of supporting benefits such as ”Help Is On The Way”.

A: This benefit is filled with wonderful people who are dedicated to the cause. They carry a torch for those who benefit from Help Is on the Way. They know the impact that this event has on the community and they are passionate about the work that is involved. The event really speaks for itself. This event delivers both on stage and off.  This is an event that you will want to be a part of year after year. So, get your tickets now! It’s an amazing evening with an amazing cause.

Thank you Carole Cook, Michael Orland, John Lloyd Young, Jai Rodriquez and Kimberley Locke for your kindness and for your contribution to this article.

Underwriter tickets are $150 and include the pre-performance Gala reception, the performance and dessert party with the cast after the show.

For tickets or additional information please visit our website

The Palace of Fine Arts is wheelchair accessible.