The ball room at the Roosevelt Hotel was transformed into a 70’s rock and roll venue as the audience danced in their seats and sang along to the band’s familiar hit songs. 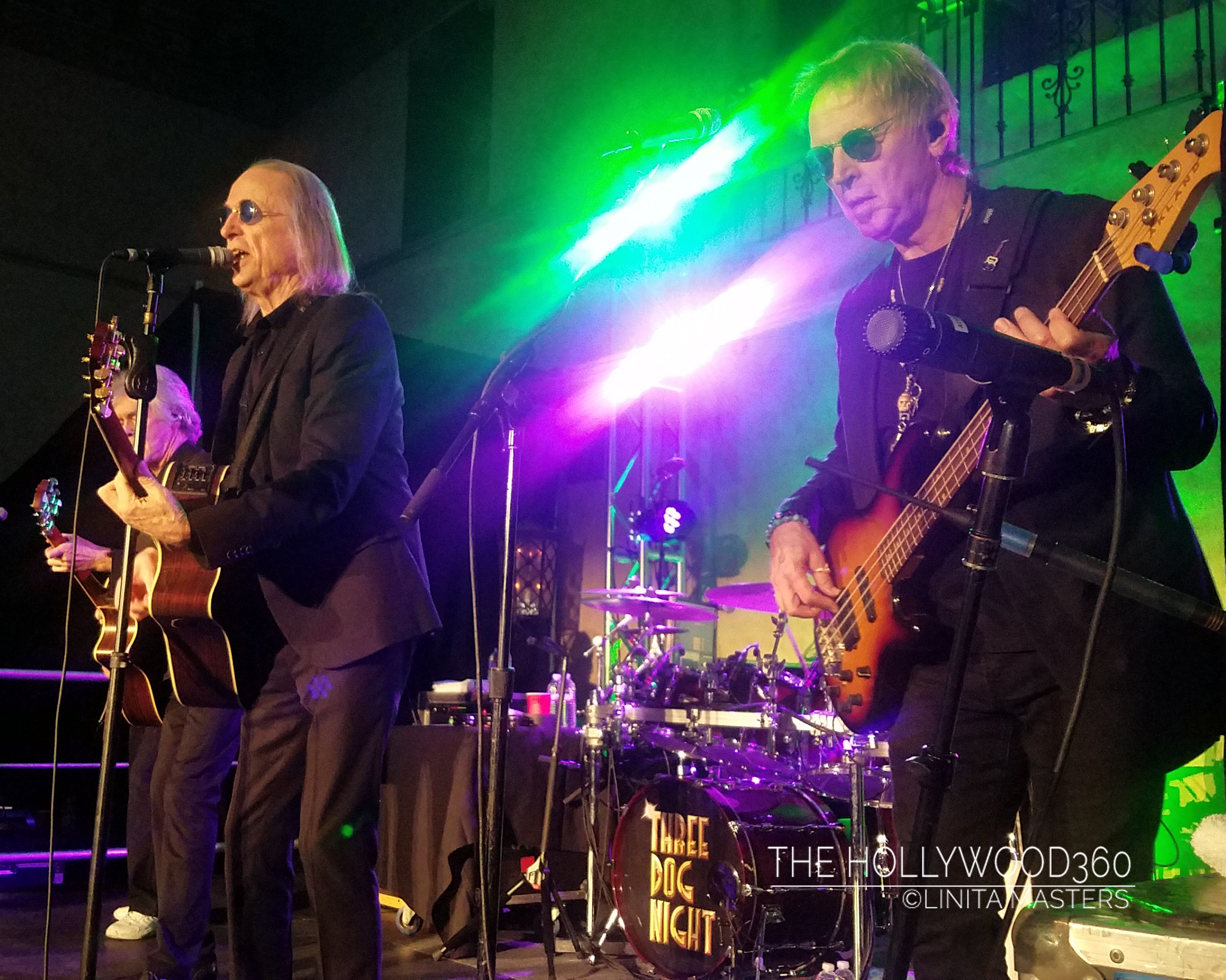 HARK raises funds to provide art, music, dance and writing to patients and their families.  The program was founded on the belief that the arts provide a way for critically ill and injured children to find relief.  Before the show that evening, art work that the patients had made were displayed and sold.  The guests enjoyed a cocktail party in the lobby.  Actor/Singer Jane Lynch attended the affair looking very elegant in a tailored pants suit as she posed on the red carpet.

When Three Dog Night hit the stage, the crowd was ready to party.  The four front men embodied the aura of a rock and roll musician dressed in black, long locks of hair flowing.   We heard many of our favorite hits like, “Jeremiah Was A Bull Frog,” “One,” “Eli’s Coming.” “Joy to the World,” “Mamma Told Me Not to Come,”… 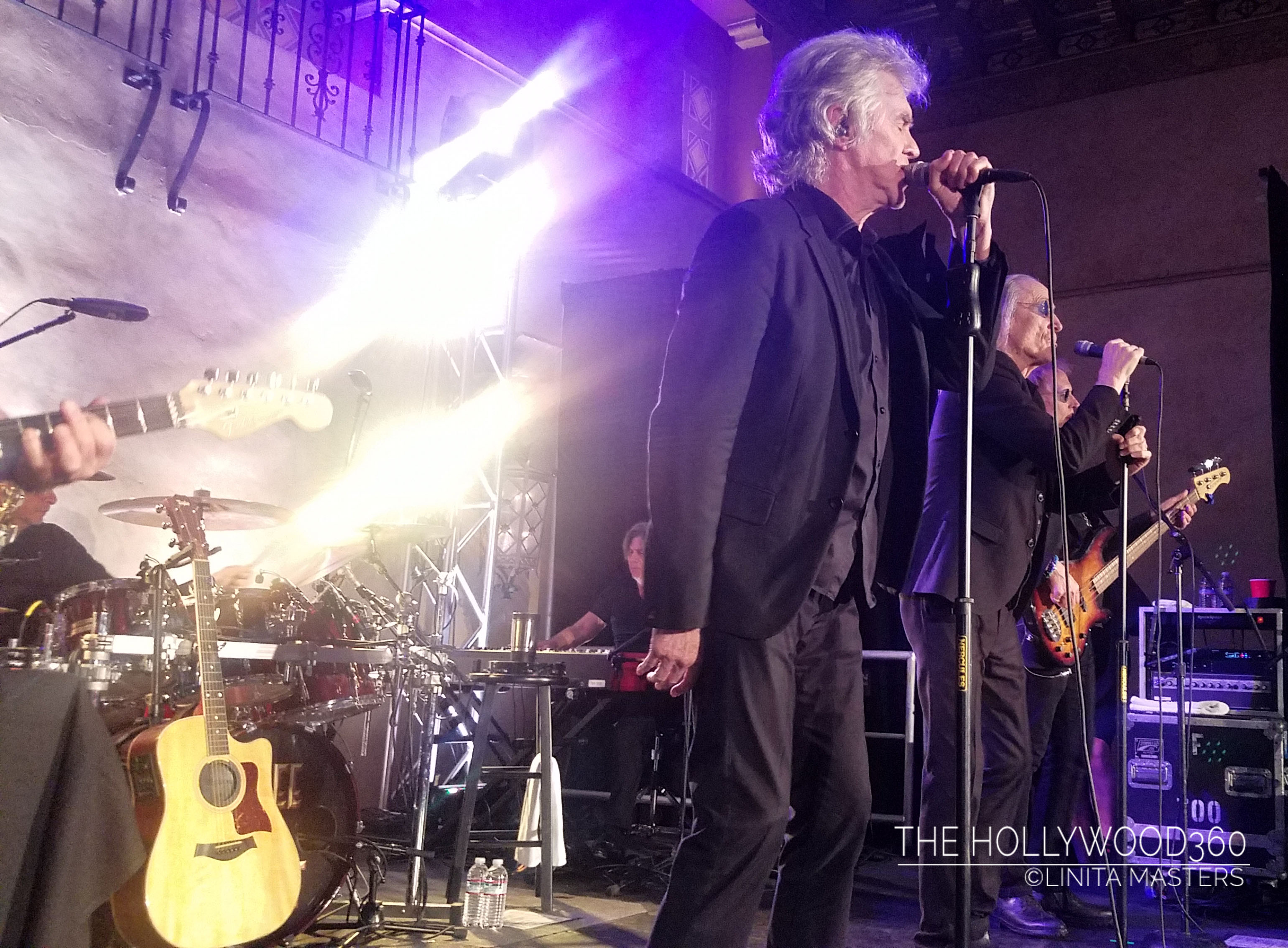 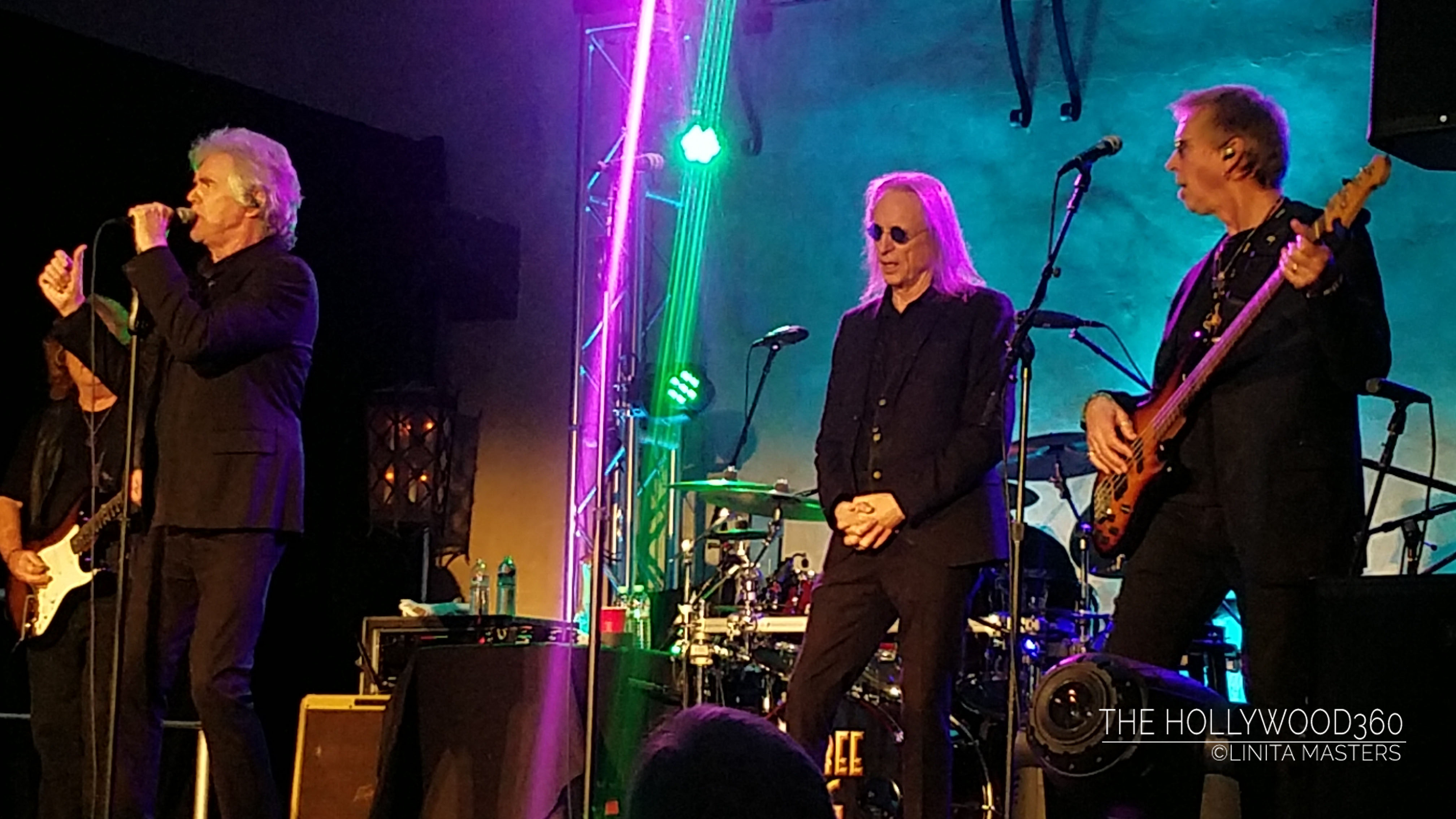 These gentlemen rocked the house with serious  bluesy, gospel, honky-tonk  filled vocals that sounded forever young.  In fact, the voices of Danny Hutton and David Morgan were powerful and raw, emanting the true spirit of Three Dog’s Night 50 year run in the world of rock.  Michael Alsup, the guitar player,  kicked up the level of electric charge with his rip roaring solos.  Lush running chords by the organ/keys player, Eddie Reasoner filled us up with splendid bluesy sound.  Bassist/vocalist Paul Kingery bounced and plucked the strings with bravado.  The drummer, Pat Bautz kept the pulse of the band alive and flowing throughout the night.

They did a number that was part of their new repertorie, “A Prayer For the Children … just four booming sonorous voices harmonizing in deep gratitude to life, to God. The purity of the a-cappella ballad was stunning and deeply moving! 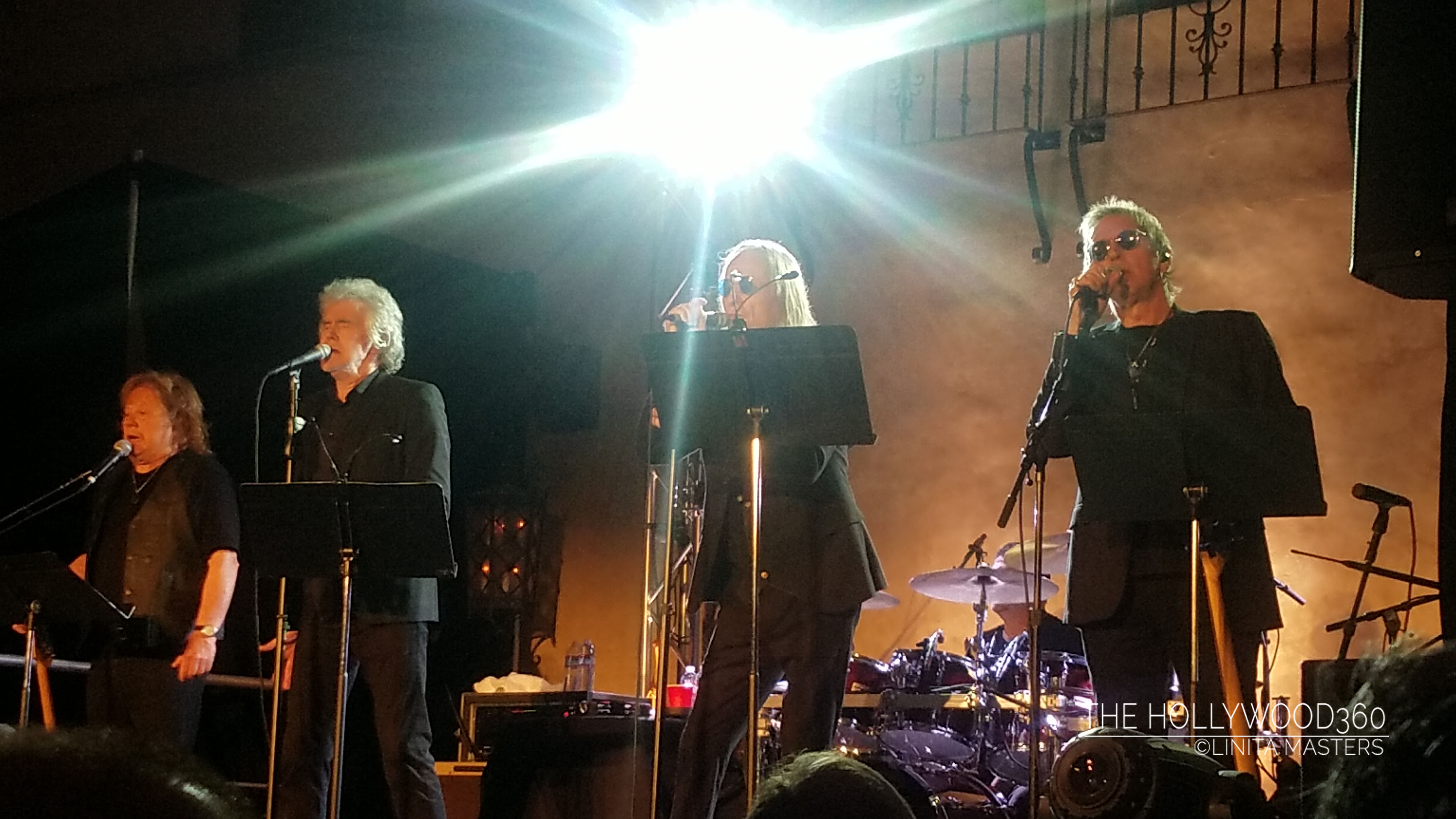 Three Dog Night still follows a vigorous touring schedule.  An outstanding statistic they lay claim to is in the years from 1969 through 1971 no other group achieved more top ten hits, moved more records, or sold more concert tickets than Three Dog Night.  The ticket that night at the Roosevelt Hotel, was certainly a hot one!   We all partied like it was 1974 again.  Touting a spectacular performance, Three Dog Night brought “Joy to the World” once again in 2017.