A few days after he surprised us with the news of his concerts on May 16, 2019, in Brussels and at the Olympia in Paris on May 17, 2019, David Bisbal now announces that he is returning to the USA with his DAVID BISBAL TOUR USA 2019, in a tour that will tour 9 North American cities next February 2019 to offer as many other concerts. The artist returns to the US, with the same energy as always, to present his tremendous live performance to his largely American audience. 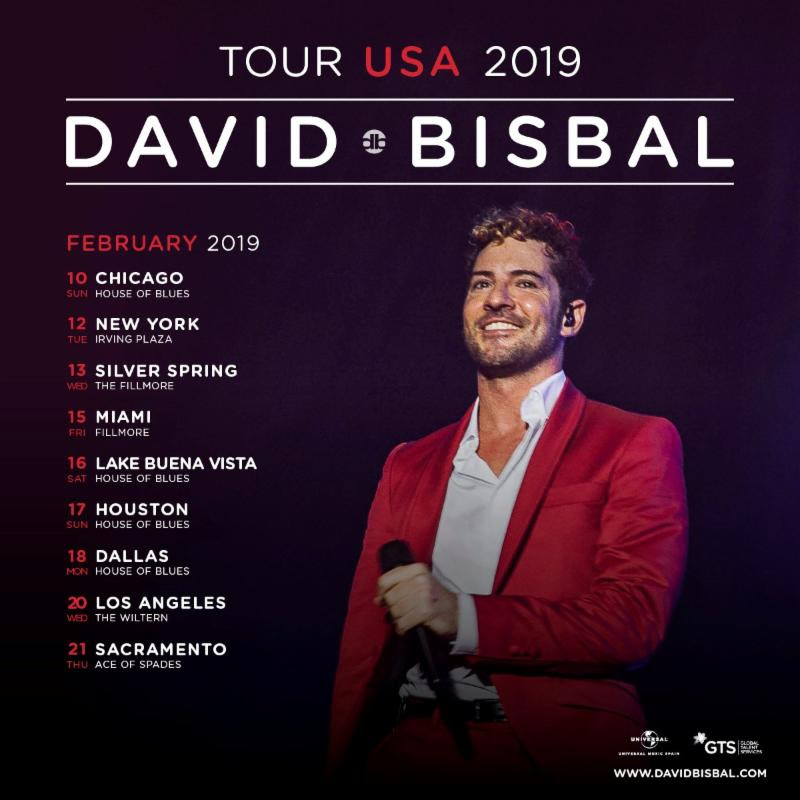 He also does it in one of the best moments of his career, coinciding with the unprecedented success of his song with Sebastian Yatra, “A Partir de Hoy”, which has already exceeded 190 million views on Vevo / Youtube, in addition to being Top 10 Youtube Global, to reach 95 million streamings in Spotify and the number 1 of digital songs in Spain and 10 more countries, and with the recent release of its new hit “Perdón”, a song that sings along with Greeicy and that within a month of its release already has more than 70 million views on Youtube.

DAVID BISBAL has earned the affection of the public and critical recognition for his great talent and tremendous energy on stage, and since 2002 when he released his first album the success has been a constant in his career, although as always declares for him the true success is the support and closeness of the public, and that is an authentic number 1.

In addition to his 6 studio albums and more than 700 concerts around the world over the last 17 years, David Bisbal has a series of achievements that have made him one of the most important and international artists in our country: he has 48 platinum albums and 80 national and international awards including 3 Grammys Latinos, 3 World Music Awards, 3 Billboard Latin Music Awards, and more recently a Golden Music Award for his career and an award for Best Latin Artist in the New York Summit.

David Bisbal’s concerts surprise from beginning to end, in them there is not a single minute for rest. The enormous energy of the artist is transmitted to an audience that does not stop singing and dancing during the more than 2 hours of performance, to which also contributes a repertoire full of successes, songs that have been number 1, and a modern and very visual production.

His last concert of the Spanish tour to date, on 29 September at the Teatro Real in Madrid, he exhausted the tickets within 2 hours of being put on sale. 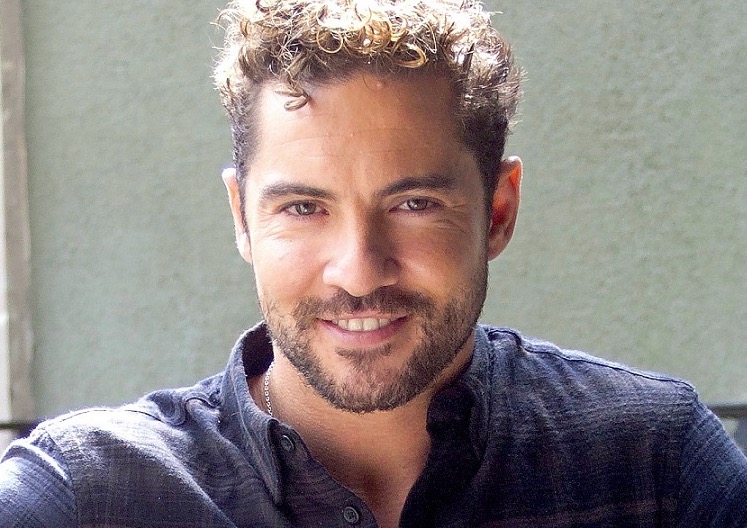 David Bisbal is also one of our most successful international artists, and has collaborated over the years with stars such as Miley Cyrus, Rihanna, Alejandro Sanz, Juan Luis Guerra, Luis Fonsi, Raphael, Juan Gabriel, Plácido Domingo, and recently Sebastián Yatra.

He has performed in some of the most mythical venues in the world, such as the Royal Albert Hall, the O2 Arena in London, the Carnegie Hall or the Barclays Center in New York.

And of great human stature, at the height of his artistic level … a supportive artist who has been appointed UNICEF AMBASSADOR by the Spanish Committee in 2017, involved in several causes especially related to young people, and has donated all the rights of the song “Hurts Too Much”, included in his latest album “Children of the Sea”, to this humanitarian organization.

This tour DAVID BISBAL TOUR 2019 will be a unique opportunity for the American public, which always receives him so well, to live a show of light, sound and dance to the rhythm of an artist who from the stage is able to make all his fans happy by transmitting his optimism and his positive way of understanding music and life.

5G, Esports, and Podcasting to take center stage during CES [2019] in Las Vegas!