CHILEAN SINGER-SONGWRITER ANNOUNCES U.S. SPRING TOUR AND RELEASES HIS OWN VERSION OF THE ACCLAIMED ANTHEM “LAS FLORES” BY CAFÉ TACVBA

Following a successful tour throughout different Latin American countries, Chilean singer-songwriter Gepe announces his return to the United States for a series of performances that will take him and his band to the cities of San Francisco (March 18), Los Angeles (March 19), Chicago (March 21), Philadelphia (March 22) and New York (March 23).

Gepe’s US spring dates encloses a promotional visit he had in the country last July while promoting his latest album “Ciencia Exacta”. Drawing a growing number of fans since then, the artist is now ready to showcase his work to a wider audience with a full band on stage.

This Wednesday, the artist dropped a new music video for his reversion of Café Tacvba’s acclaimed anthem “Las Flores”, third single off the album, directed by Miguel Ángel Barboza with the production company PlanSinB.

In this interpretation, the singer-songrwriter gives the song an intimate look following the releases of “Hablar de Ti” and “Hoy”, both vey well praised among audiences with numerous airplays across digital platforms such as Spotify and YouTube.

“Las Flores” is the first cover ever recorded by the chilean artist. The song has been previously performed during live appearances and it recognizes the Mexican band Café Tacvba as an always present inspiration when composing songs.

Back playing U.S. venues for the first time in two years, Gepe is ready to hit the stage backed by six albums that have stood out for their eclecticism and musical search. 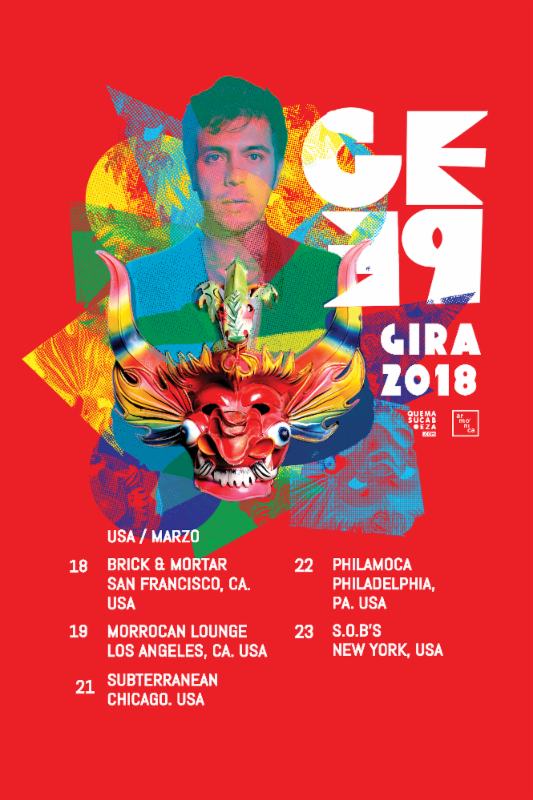