On May 28th, 2016  KSBR, 88.5 FM Saddleback College will be holding their infamous Birthday Bash at The City National Grove in Anaheim.  Doors open a 3pm and the music begins at 5pm.  The audience will be treated to one of the best jazz jam sessions in Orange County, featuring some of the top musicians in contemporary jazz. 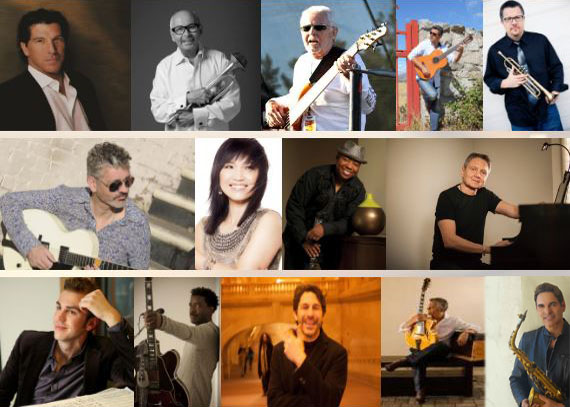 What started as a small celebration 29 years ago to mark the end of KSBR’s membership drive is now one of Orange County’s most anticipated summer kickoff parties.

This year’s Bash features an all-star line-up with headliners playing on each other’s song for a 4 hour jam; also featured will be delicious dining, full bar and a unique Birthday Bash “night club” experience.

We are also pleased to announce there will be a special pre-Bash set from the 18 year old, spectacular saxophonist, Chase Huna!  He just released his first CD, “On the Chase,” this year.

Plus… we’ll have some surprise guests as well.

Tickets start at $45 for General Admission seating; VIP Table Seating and other VIP Packages are available.

Location of Bash: The City National Grove of Anaheim, 2200 East Katella Avenue, Anaheim, CA  92806 (adjacent to Anaheim Stadium between the 5 and 57 Freeways on Katella Ave.

The Bash: a special pre-show begins at 4:00 pm, then the Bash begins promptly at 5 p.m. (we have more than 30 musicians who want to play!)

Tickets and more information can be found at www.ksbr.org