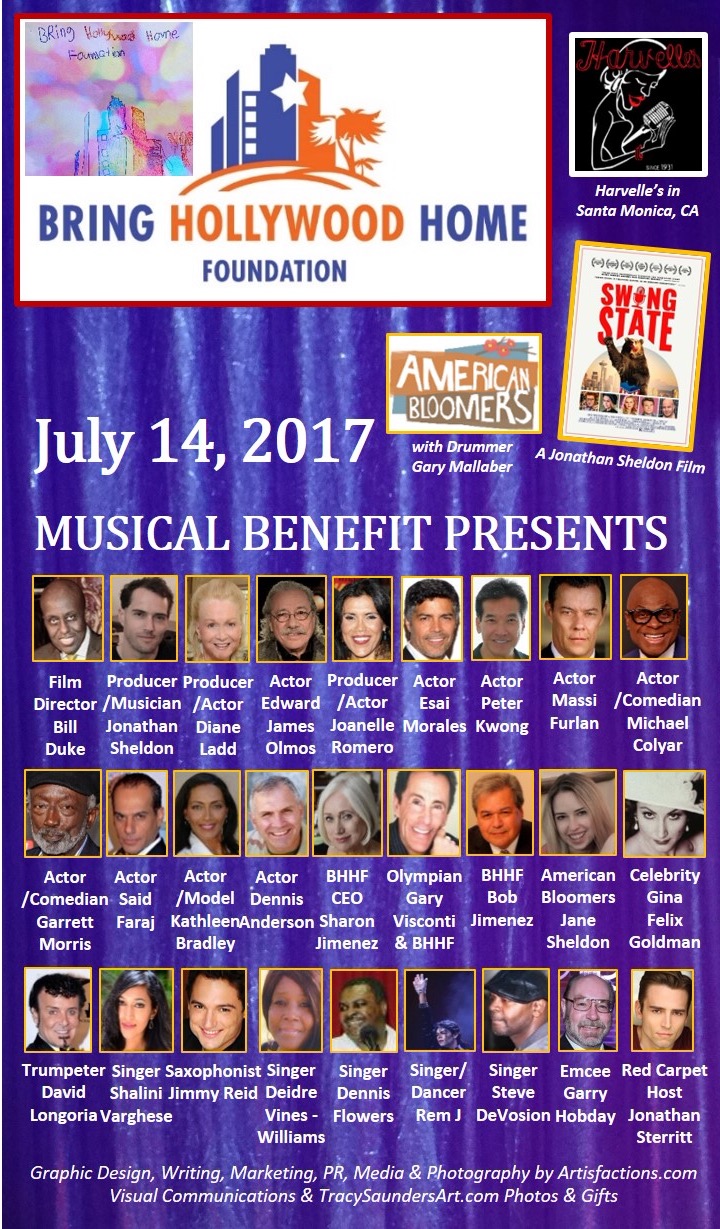 Bring Hollywood Home Foundations is a 501 (C)(4) non-profit organization with a mission to fight for jobs, to stop job outsourcing and to bring film and TV production and post-production back to California. What makes this night unique is that Independent Film Maker Jonathan Sheldon’s Swing State is currently being distributed by Netflix. This comedy takes a shot at exposing the American culture of politics and voting. Sheldon won best director at the DTLA film festival in 2016 for his independent film. Sheldon, like hundreds of other independent filmmakers, was denied California tax credit incentives for his film because the state run screening process includes a quota of jobs, that the overwhelming majority of independent producers, who live here, could never qualify for, under the present law.

Bring Hollywood Home has written legislation (includes a 30 % incentive for independent productions up to $10M) led by co-founding advisory board member Bob Jimenez, that would give independent filmmakers a chance to work in California and be able to access the same kind of tax credits they get when they go to out of state to Georgia, Louisiana, New York and other states, that are far more generous to independent productions. “We at Bring Hollywood Home believe there is a great deal more to be done in California to create an even playing field for independent and women and minority led small and medium sized production companies. Breaking the code here in the state where Hollywood was invented, has been our challenge since 2010, when we founded the first 501 (C)(4) lobby non-profit, to represent those filmmakers now underrepresented in tax credits. Bring Hollywood Home is led by public policy professionals and independent filmmakers with a passion for fairness and first amendment rights.” Says Sharon Hardee Jimenez, President, Co- Founder of Bring Hollywood Home Foundation