Gabriel has released the fun single “Baby It’s You,” a song that keeps the mood high and tells of carefree, loving times.  The song is the first to be released off Gabriel’s new album Love Lives Here, due June 1.

What inspired the new song?

Listen to “Baby It’s You” here.

“‘Baby It’s You’ is actually a celebratory tune about people of all kinds of people and our connection to each other,” Gabriel said. “And it applies to everyone: Gay, straight, lesbian, transgender, young, old and so on. It’s a fun song that celebrates our one-ness.”

Born in Chicago, Gabriel and his parents relocated to Los Angeles when he was just a boy. Gabriel’s family is Mexican-American, but he always associated with rock and roll.

Gabriel has been influenced by all musical genres, from Procol Harum and “Summer of Love” bands to rock and roll, and rythm and blues.  His latest song is a testament for his love of pop and he has an interesting way to get inspired.

“I think about 10 minutes,” he said. “It’s kid of a divine inspiration thing sending me the words and music simultaneously.” 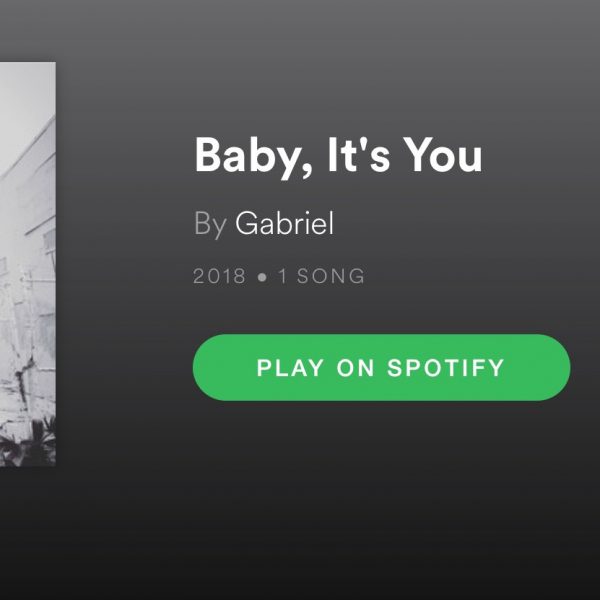 Gabriel knew from a young age that one day he would be making his own music and would influence others. He wrote his first song in his early 20s during his “British Invasion” phase. He loves The Beatles and The Rolling Stones, but it’s Rod Stewart who made him want to sing.

And as far as time periods, the 1980s which are in vogue now, left an impression on him. He’s glad that era is making a comeback.

“I travel to Oakland-San Francisco a lot,” said Gabriel.  “There and in Los Angeles when you walk by a club or listen to the radio, what’s playing?  Eighties and even ’70s through to the ’90s music.”

Gabriel admits he was no innocent in the 1980s himself. But during this time and earlier he was focused on working in music and creating music.

“I taught myself guitar while all my friends took lessons,” he said. “I copied what my friends did and asked a lot of questions. I started learning to play songs I liked out of song books. Eventually, I knew so much that I had to take lessons to learn what I was doing!”

Gabriel went on to play in many bands including The Jinns, Shelter, and FiDo. Also, he became a booker for live music at Club Lingerie, the Garage, and others. His most important mission was to help other musicians have a chance and now he’s giving himself a chance.