AGFA (American Genre Film Archive), a non-profit that preserves the legacy of genre films, is pleased to announce an August 22 release date for the EFFECTS Blu-ray. 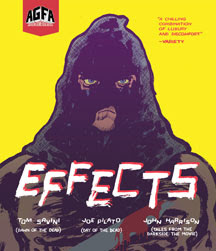 Cobbled together with loose change by George Romero’s friends, EFFECTS is a mesmerizing do-it-yourself horror movie starring Tom Savini (DAWN OF THE DEAD), Joe Pilato (DAY OF THE DEAD), and John Harrison (TALES FROM THE DARKSIDE: THE MOVIE). A group of coked-up filmmakers — including Savini and Pilato — gather in Pittsburgh to make a slasher called DUPED: THE SNUFF MOVIE. As filming begins and “accidents” happen, it’s clear that something isn’t right. And no one can be trusted. Landing somewhere between Michael and Roberta Findlay’s SNUFF and a student film by John Carpenter, EFFECTS is a meta-enhanced takedown on the philosophy of horror that doubles as a sleazy and terrifying movie on its own.

“We were blown away to discover that we had the only existing 35mm theatrical print of EFFECTS at the archive,” said AGFA director Joe Ziemba. “We’re happy that we’ve been able to help the filmmakers create a new 4K transfer that will be seen by for years to come by audiences who appreciate the movie for the right reasons.”

EFFECTS was produced by Harrison (director of TALES FROM THE DARKSIDE: THE MOVIE, composer of George Romero’s CREEPSHOW and DAY OF THE DEAD), edited and produced by Pasquale Buba (editor of George Romero’s KNIGHTRIDERS, CREEPSHOW, DAY OF THE DEAD, and MONKEY SHINES), and written and directed by Dusty Nelson (SAKURA KILLERS). Legendary horror icon Tom Savini also provided the film’s visual effects.

“It was a good thing we didn’t listen to those who thought we were crazy,” said producer and star John Harrison. “EFFECTS was one of those magical moments in one’s life when everything just seemed to come together.”

To celebrate the release, AGFA teams up with the Alamo Drafthouse’s Terror Tuesday series in Austin for a screening of EFFECTS on August 22 with a full cast and crew reunion. Tom Savini, Joe Pilato, John Harrison, Dusty Nelson, Pasquale Buba, and Zilla Clinton will be in attendance.

“To have the film ‘re-discovered’ and appreciated 40 years later, is not only gratifying, but quite frankly, something I never even imagined,” said director Nelson. “I can’t wait to see it with the audience in Austin.”

More on the Terror Tuesday screening of EFFECTS at Alamo Drafthouse. 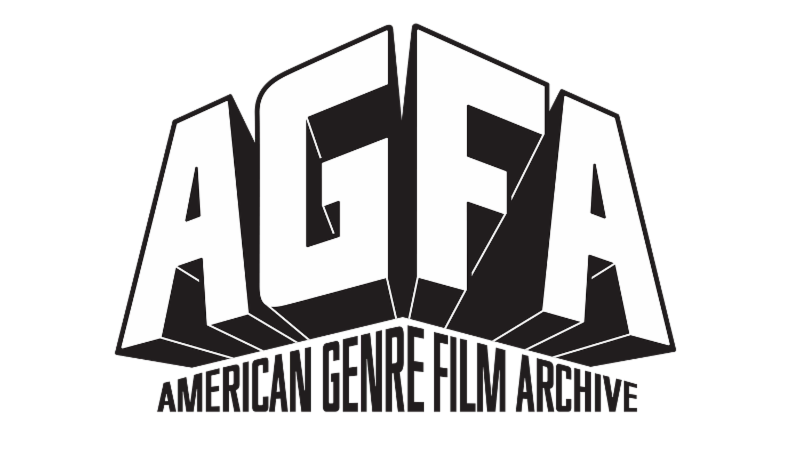 The American Genre Film Archive (AGFA) is a 501(c)(3) non-profit located in Austin, Texas. AGFA exists to preserve the legacy of genre movies through collection, conservation, and distribution. Formed in 2009, AGFA focuses on outlaw exploitation movies that were produced from the 1960s through the 2000s. From manic hicksploitation epics to bloodthirsty shoestring goreblasts, each title in AGFA’s collection is a celebration of culture that should never be forgotten. Housing over six thousand 35mm film prints and trailers, our non-profit archive counts among its board members and advisors Alamo Drafthouse founders Tim and Karrie League, filmmakers Paul Thomas Anderson, Anna Biller, and Nicolas Winding Refn, musician RZA, exploitation film savior Lisa Petrucci, and genre film superheroes Zack Carlson and Lars Nilsen.