Wagakkiband announced the release of their new song, “Kishikaisei” (Translated: Back To Life), surrounding the Olympic Relay, for TV Tokyo, available today on iTunes (followed by other online stores and services in North America on August 17th). The new music follows their recent tour in the US this July with three shows in California as part of their “Deep Impact 1st US Tour.” The shows were a raging success, with new fans and old, chanting for encores with the Japanese band name, “Wagakki” enthusiastically at each show. The word ‘Wagakki’ is not just the band name but a Japanese word about ancient musical tradition, so for the band to hear it chanted marked an exciting and encouraging landmark moment in their career. 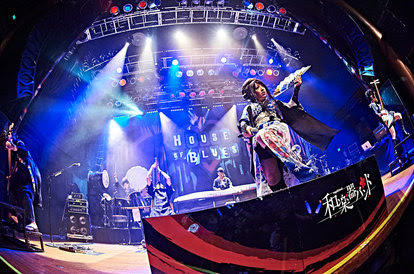 The dates were a continuation of their U.S. shows this past March. They played first at New York’s Irving Plaza to a packed crowd, followed by their SXSW debut in Austin, where they were chosen to be on the NPR 100 and received raves from the Austin Chronicle. The show sold out, making them one of the most buzzed about bands in Austin. 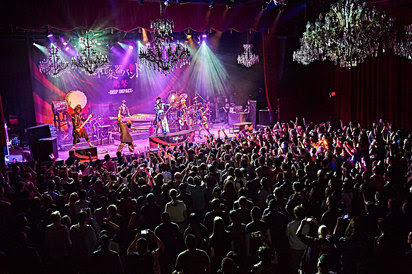 The Female-fronted Japanese 8-piece have also released “Strong Fate,” the opening number of their set with an accompanying video release that RocketNews calls “the most epic one yet…If you are looking for something dramatic and intense, this video doesn’t disappoint. “Strong Fate” is currently available on Apple Music and will be on iTunes as of July 26th, followed by other online services in North America.

WagakkiBand fuse Shigin, poetry recitation rooted in Japanese traditional performing arts, Wagakki, traditional Japanese musical instruments, and rock music to bring a fresh and yet authentically Japanese live show. Their YouTube smash hit,“Senbonzakura” has over 44 million views and counting and their recent single, “Hangeki no Yaiba” is the theme song for the dTV original series of mega multimedia hit, “Attack on Titan.” 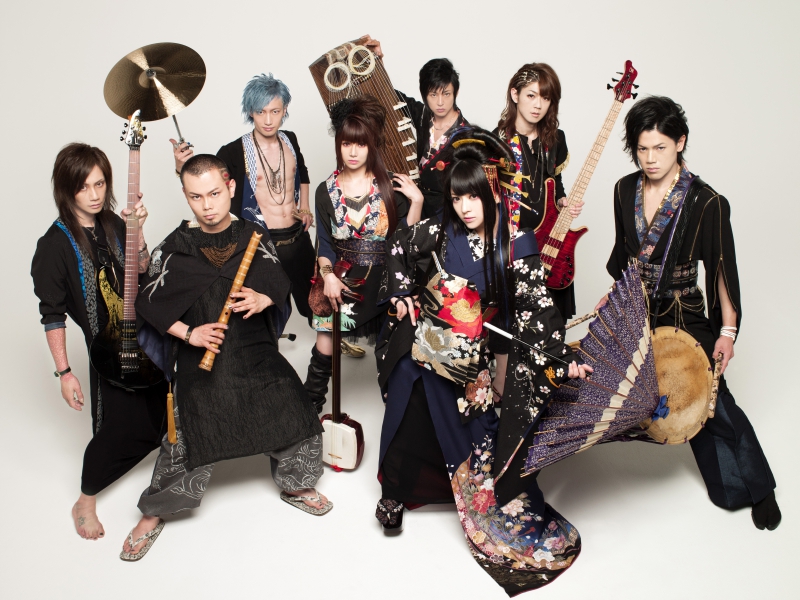 “Don’t miss this chance to see this band!”– LA Story

YASOUEMAKI is available in the US at iTunes, Spotify and other online stores.

Front woman Yuko Suzuhana is the champion of a nationwide Shigin contest. Backing Suzuhana are 7 members playing traditional instruments including Shakuhachi (bamboo flute), Shamisen (3 string guitar like instrument), Koto (Japanese Harp), and Taiko (Japanese drum). They released their debut album Vocalo Zanmai in 2014, which hit Top 10 twice during a 22-week stay in the Top 100 of Japan’s Oricon weekly charts while their video for “Senbonzakura” hit 10 million views within a few months of release. The video now boasts over 44 million views.

Watch The Video for “Strong Fate,” Their Opening Number From The Live Set