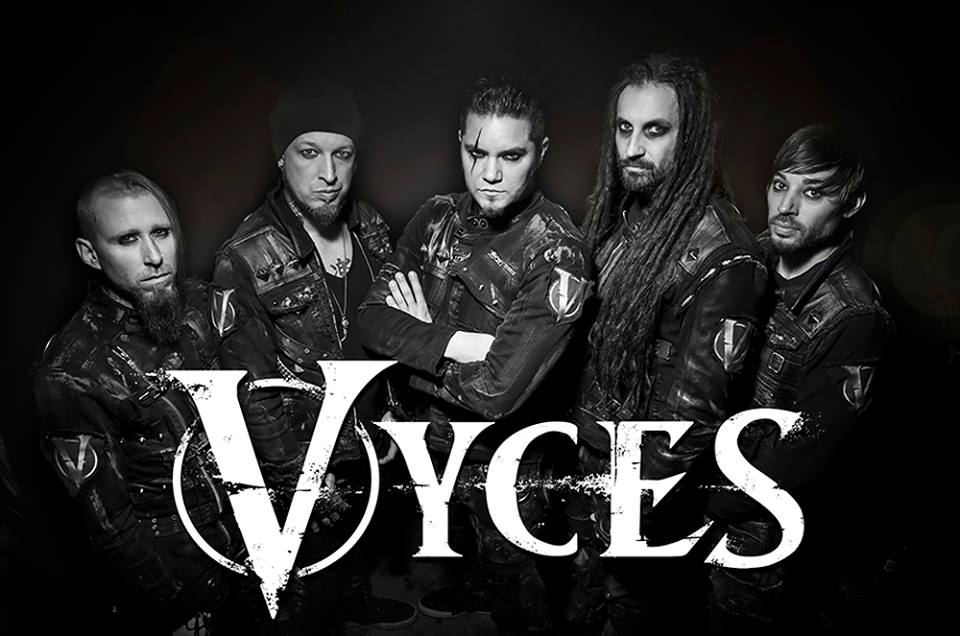 After recently premiering their video for their single “DEVIL” from the band’s upcoming debut EP due out October 20, 2016 that was produced by Augustus Cryns (Stitched Up Heart, XO Stereo, The Dead Rabbits and Westfield Massacre) on VEVO, VYCES is ready to hit the road on a co­headlining US run with Invidia and White Knuckle Riot in support.

VYCES frontman Dave Naruszewicz comments, “We are extremely excited for the opportunity to be heading out on The HELLRZZR Tour with the super heavy and talented INVIDIA and White Knuckle Riot. We’ve been working really hard over the past three years putting VYCES together. It’s an amazing feeling to see this beast finally come to life. We are really looking forward to seeing familiar faces, and making new fans along the way. We’ll see you all on the road!!”

“DEVIL” can be seen here:

The song can be purchased here:

“Making My Amends” can be seen here:

White Knuckle Riot was formed in California in order to deliver the people a politically charged message, conveyed in heavy rock, haunting lyrics and drive.

HELLRZZR Clothing is a street brand that doesn’t pertain to any one style. They have the brass to take on a wide variety of meanings while staying significant to their values, stand up and fight for what they believe in, and live life to the fullest. There’s a HELLRZZR in us all and nothing worth having is obtained without putting in the work. HELLRZZR is quality printed and designed clothing that embodies these core values with the intension to regularly deliver consistency in their designs while offering a new style that embraces continuous change. 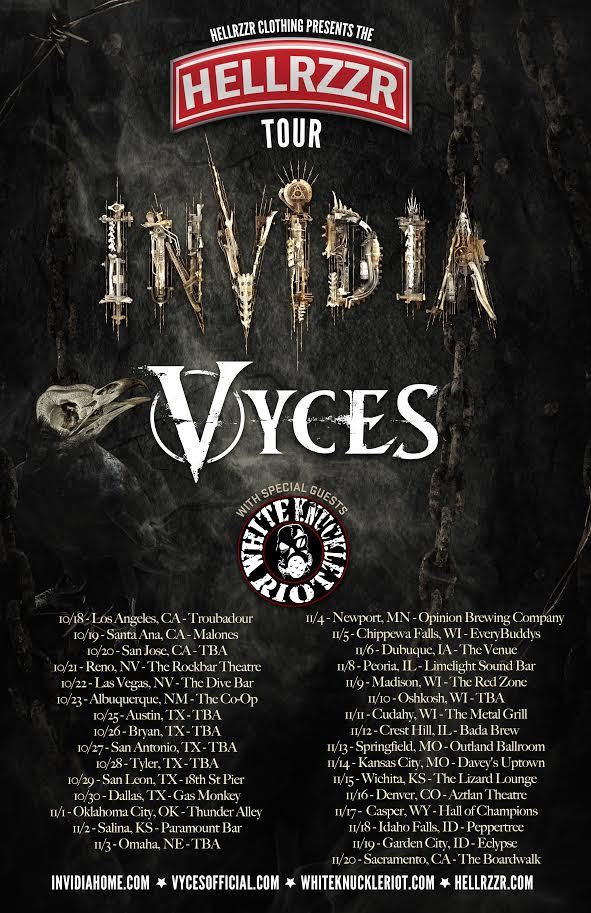 In the summer of 2014, frontman and guitarist, Dave Naruszewicz was looking to work on a new project following the disbandment of Chicago­based group, Heart­Set Self Destruct. After recording 2 full length records, releasing a single to active rock radio which charted at #1 on Music Choice Network, and years of touring North America with such bands as Volbeat, Hellyeah, and Filter it was time for change.

Looking to feed his passion as an artist, Dave spent time working with other musicians in the Chicago music scene but didn’t find what he was looking for. Not deterred, Dave reached out to longtime friend and fellow musician/drummer, Russell Ray. Russ (formerly of Old Fashioned Beatdown) also co­wrote and recorded drums for Wind­Up Records recording artist Megan McCauley.

Dave began flying to Los Angeles from Chicago twice a month, working with Russ to build something new, original and undeniable. Russ then reached out to former bandmate and guitarist Shawn Patterson (formerly Old Fashioned Beatdown and Phantom Communique). The three began writing, recording, and sharing demos that would eventually become the foundation of VYCES. After a few trips to L.A., they entered the studio with producer Augustus Cryns (Stitched Up Heart, XO Stereo, The Dead Rabbits and Westfield Massacre).

One year later, the band completed 14 songs that established the raw sound, power, and a vision that is VYCES. The band has been compared to such artists as Chevelle, Killswitch Engage and Breaking Benjamin, sonically creating a dark blend of active rock and metal. Dave describes the soul of the songs as “exploring the darker side of human emotion and behavior. It’s something everyone can relate to because everyone has experienced some form of hurt, betrayal, weakness, hate, addiction and/or lack of acceptance. It’s also the fuel that drives us to be stronger, get better and overcome the flaws we’ve built in our minds.”

The founding members of the band felt it was time to release their music and tour, so they began their hunt for members to fill out the lineup and become part of the family. Evan Seidlitz, (former singer of Thrown Into Exile and Grimace), longtime friend of Dave and Russ, was asked to join the band. Evan toured on The Rockstar Energy Drink Mayhem Festival in 2013 with Thrown Into Exile, promoting their single, “Not Alone” which was featured on Sirius XM’s Liquid Metal. Evan also performed several guest spots with Grimace when they played the house band for Comedy Central’s Tosh.0. Evan, being a singer and frontman himself, brought a new dimension of aggressive and melodic vocals to round out the band’s live performance, as well as adding keys and synths to fill out the sound. The band soon began auditioning other musicians in search of a bass player. Evan brought in bassist Mark James Klepaski (formerly of Breaking Benjamin). Mark earned platinum and gold records for his work with Breaking Benjamin. Along with years of touring experience, Mark brought a unique and powerful style and tone that fit perfectly with the band’s vision. Mark re­tracked the bass lines on the record, helping mold the band’s rhythm section into what it is today. The band is currently preparing to release their self­titled EP and recently shot a music video for the upcoming single, “Devil” directed by Ron Underwood. “Devil” will be released this August 18th. Their 1st single “The Hive” is currently available on iTunes, Spotify, Amazon, and all other media platforms.