When I decided to pick up the pen again 2 ½ years ago to pursue my dream of being a writer on a full-time basis, it was quite appropriate that my first article would be about Terri Lyne Carrington.  Terri was the subject of my very first published article when she was 12 years old.   I have had the honor and privilege to write many more articles about her in the last few years, and Terri Lyne Carrington is now a three time Grammy Award winning artist.  I spent August 2014 in Paris, Amsterdam and Poland.  I caught up with Terri in Gdnask, Poland where she was playing with jazz legends, Herbie Hancock and Wayne Shorter plus the extraordinary Esperanza Spalding.

Gdansk, Poland, August 16th, 2014…Terri Lyne Carrington joined forces last night with Jazz Giants: Herbie Hancock, Wayne Shorter, Esperanza Spalding, and Leo Genonese in the quaint, demure, fairytale-like town of Gdansk, Poland.  Only in Europe can such famous, iconic figures in the music world electrify the stage with their brilliant music at no cost to the appreciative  audience.  Terri also displayed her talents drumming with the Baltic Sea Symphony Orchestra, as they played along with Wayne Shorter on his  original piece Gaia.

At this moment in time, Terri claimed her birthright to jazz royalty…

At the age of 48, she has done what no other woman in the history of Jazz has ever done… won a Grammy for being a jazz instrumentalist. 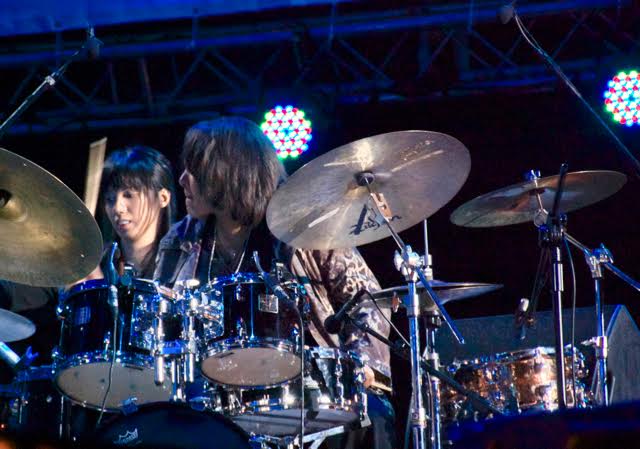 Last February she won this prestigious award for her album, “Money Jungle, Provocative in Blue,” in which she paid homage to Duke Ellington’s, “Money Jungle,” 1962, with Charles Mingus and Max Roach.  She has also cut a special place out for herself as a producer, composer, musician, and Professor of Jazz at Berklee College of Music in Boston.

I wrote an article about her when she was a mere 12 years old, then playing with Jazz greats like Dizzy Gillespie, Grover Washington, Betty Carter, Clark Terry.  Even back then, she knew her destiny.  The young Carrington told me, “I’m not only aspiring to be a professional drummer, that’s not enough – I want to be a professional musician in which I can arrange, compose and teach music.”  And she has done all of that and more!

Herbie Hancock said of Terri Lyne Carrington, “ Terri is a pioneer in that she’s one of the first women in jazz transcending to prominence in a male dominated business.  She has never depended on someone else’s opinion of who she is as a musician.”

A few hours before the concert, I had the opportunity to sit down and talk with the Grammy award winning artist and speak with her about the new CD she is working on, The Mosaic Project, II (which was given the title of The Mosaic Project: Love and Soul in 2015) and the European Tour she just completed. 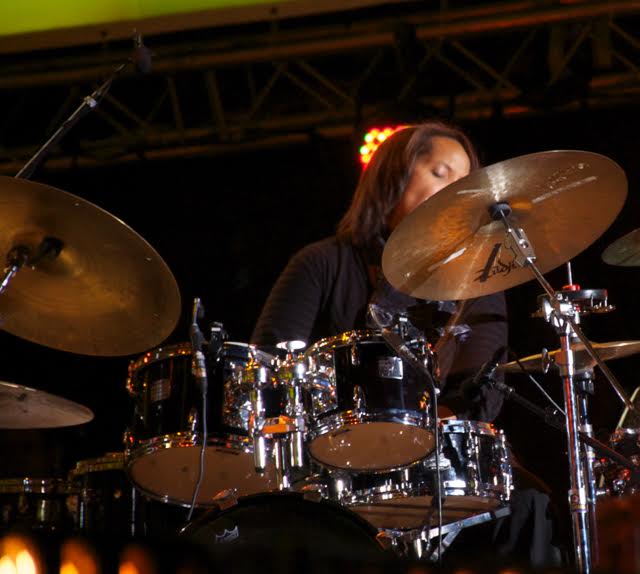 We met in the lobby of The Radisson Blue which sat at the beginning of the square in the ancient city of Gdansk.   She had just finished a sound check on the stage, where she would be playing later.  Although having ended an European tour with her own band,  Terri had specially flown in from Boston to play with her two mentors Herbie Hancock and Wayne Shorter.

Terri’s voice was soft,  yet also reflected authority and confidence.  She commented about these two legends of jazz.  “Playing with Herbie and Wayne always gives me a chance to express myself as much as possible.” Her eyes sparkled with excitement as she revealed, “Anything can happen tonight.  I really don’t know what’s going to happen which makes me slightly uncomfortable, but I am comfortable with the uncomfortable.” 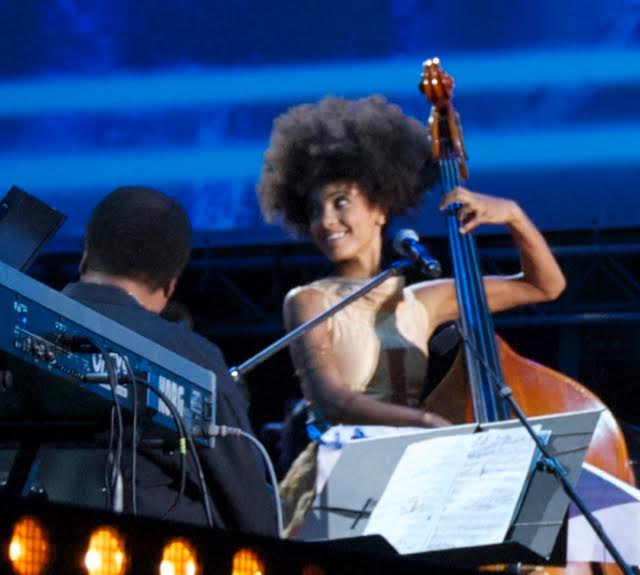 This has been Terri Lyne Carrington’s motto throughout her career.  Not wanting to be stuck in the mode of being a jazz artist, Terri has incorporated her musical spectrum of knowledge of R&B, hip hop and rap into to the songs she arranged and composed.  Back in 2011, she took a bold step…a CD featuring all female musicians and singers.

The title for this album… Mosaic …which means the synthesis of all.

The Mosaic Project was a huge hit when the CD was released in 2011.  Terri had put together a true compilation of musical styles.  This CD won the Grammy for Best Jazz vocal.  The Mosaic Project II will echo the same attitude.  Terri wrote and co- wrote five original songs and also rearranged old R&B songs that she loved

“I want to make a strong contribution to culture and the art world.  The mark you leave, the imprint you leave on earth in big and small ways, it’s all important,“ Terri revealed. 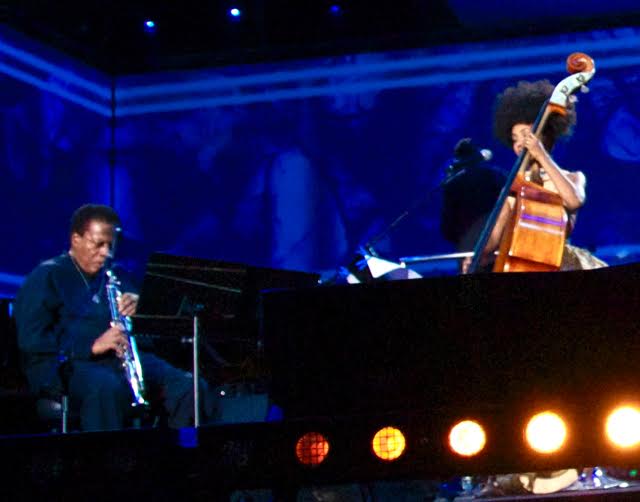 Each song is sung by a female vocalist that Terri hand picked because she could hear the vocalist’s voice in her head,  as well as, the artist  had a special relationship to the song. “Best of the Best” is a beautiful tribute to the late George Duke in which Chante Moore, Valerie Simpson, and Terri had a  longtime working relationship with their friend who was a producer/composer/guitarist.

“Chante and Valerie each had a close relationship to George Duke.  Valerie served on the board of ASCAP with him and Chante worked with him several times on many projects,”  Terri commented.

For the song “For You to Love” a classic R&B tune written by Marcus Matthew and Luther VanDross, Terri chose Oleta Adams.

“I heard Oleta’s voice in my head when thinking about this song.  I rearranged the time signature on it from 4/4 to 5/4 .  Valerie Simpson plays piano on it too.  It was a bit of a challenge to sing in this time signature.  I have one more fix on it and the song will be done.” 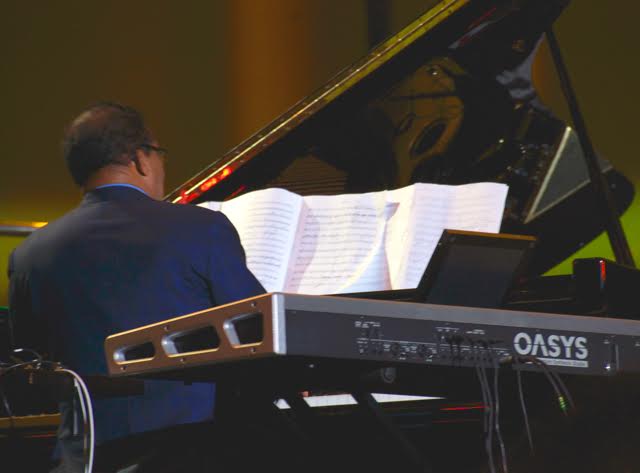 A song Terri wrote around 20 years ago, “This Too Will Pass,” was loved by Lelah Hathaway, Donny Hathaway’s daughter.    Terri asked Lelah to sing it on her new CD.

“Lelah loved the song when she heard it the first time because it is told from a child’s perspective asking her mother why is “auntie” sick?”

The two hours I spent with Terri sped by.  It was time to get ready for the performance that evening. I posed one more question to this lovely, humble musician who broke the barrier for many future female musicians to follow.  “So why are you excited to play the concert tonight, Terri?”

She thought deeply about her response, because this is how Ms. Carrington approaches all her work.  “We all have to abide by the rules of society to get by, but deep down we all want to be free.  When I play with Herbie Hancock and Wayne Shorter, I feel totally free in how I express myself musically.  We all are looking for areas in our life to be free.” 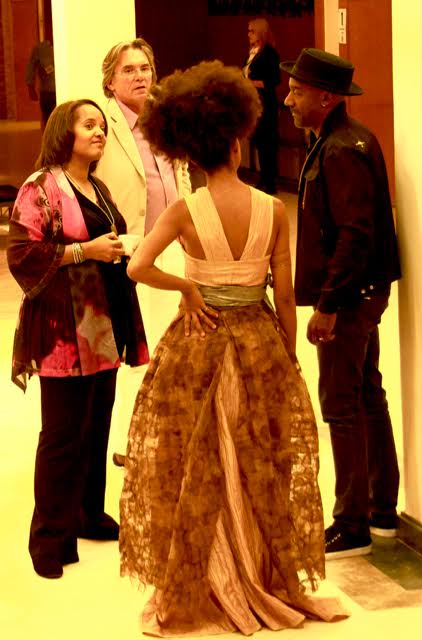 As I watched this artist perform later behind her drum set, I observed a woman who is totally free with her instrument.  Her face reflected the beautiful colors of living life, of the struggles, the joy, the appreciation, the love, the acceptance, and the pure freedom of being just who you are.  Terri Lyne Carrington has accomplished so much in just 48 years, because her creative vision has drummed so clearly in her mind.