VIZ Media is excited to announce additional new publishing acquisitions set to debut starting this Fall 2016, all inspired by and based on our best selling manga titles!

Fans will get an opportunity to dive deeper into the world of TOKYO GHOUL in three new prose debuts, explore the tumultuous Uchiha brothers from NARUTO, and finally find out the backstory for several main characters in the GANGSTA manga series! 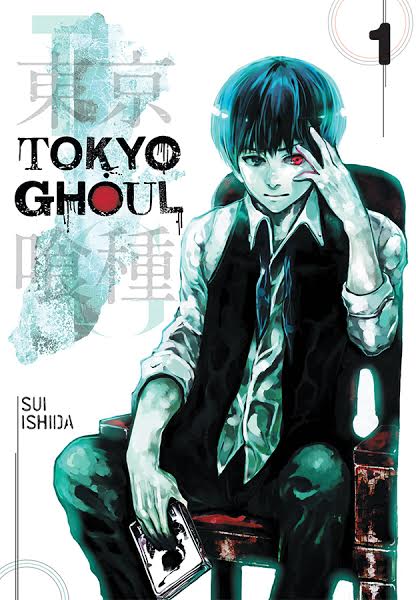 Fans of the best-selling TOKYO GHOUL manga series will not want to miss the Fall debut of the first of three new original prose novels. Each novel will focus on lead characters from the popular horror manga series and feature original illustrations and cover art by series creator, Sui Ishida. VIZ Media continues to expand its collection of NARUTO original prose novels with the release of a trio of books focusing on the Uchiha brothers, Itachi and Sasuke.

VIZ Media also adds a new manga publishing acquisition to its library as it announces the debut this Winter of GANGSTA.: CURSED, a  spin-off series based on the stylish manga crime thriller GANGSTA. A prequel to the original series featuring the backstory of the character Marco Adriano, GANGSTA.: CURSED is written by Kohske and illustrated by Syuhei Kamo.

TOKYO GHOUL: DAYS (Vol. 1) chronicles six all-new stories from the TOKYO GHOUL universe. TOKYO GHOUL: VOID (Vol. 2) depicts the aftermath six months after a major event in the TOKYO GHOUL manga. In the TOKYO GHOUL manga series, Ghouls live among us, the same as normal people in every way—except their craving for human flesh. Ken Kaneki is an ordinary college student until a violent encounter turns him into the first half-human half-ghoul hybrid. Trapped between two worlds, he must survive Ghoul turf wars, learn more about Ghoul society and master his new powers.

A new series depicting prequel stories for several of the main characters featured in the original GANGSTA. manga series. In GANGSTA.: CURSED, the man named Marco Adriano is a loyal and beloved member of the Cristiano Family, helping them protect the persecuted Twilight population in the city of Ergastulum. But he was once a boy codenamed “Spas,” raised as a Hunter and assigned to the Destroyers Second Group for a single purpose: to track down and kill Twilights.

Established in 1986, VIZ Media is the premiere company in the field of publishing, animation distribution, and global entertainment licensing. Along with its popular digital magazine WEEKLY SHONEN JUMP and blockbuster properties like NARUTO, DRAGON BALL, SAILOR MOON, and POKÉMON, VIZ Media offers an extensive library of titles and original content in a wide variety of book and video formats, as well as through official licensed merchandise. Owned by three of Japan’s largest publishing and entertainment companies, Shueisha Inc., Shogakukan Inc., and Shogakukan-Shueisha Productions, Co., Ltd., VIZ Media is dedicated to bringing the best titles for English-speaking audiences worldwide.

Learn more about VIZ Media and its properties at www.VIZ.com.