I could have sworn I was back East last Sunday night, November 27th while I watched and snapped photographs of the Hollywood Christmas Parade’s 85th Anniversary Celebration, as the floats, balloons, bands and convertibles full of celebs passed by.  A bit of the Jack Frost nipped at my face and hands while touting in the holiday spirit…as much as one can experience living in LA.

However, there’s no place in the world like Hollywood for heralding the glitter and glamour of LALA Land and tonight didn’t disappoint…many stars walked the red carpet before the parade and performed on the stage in a pre-parade concert. 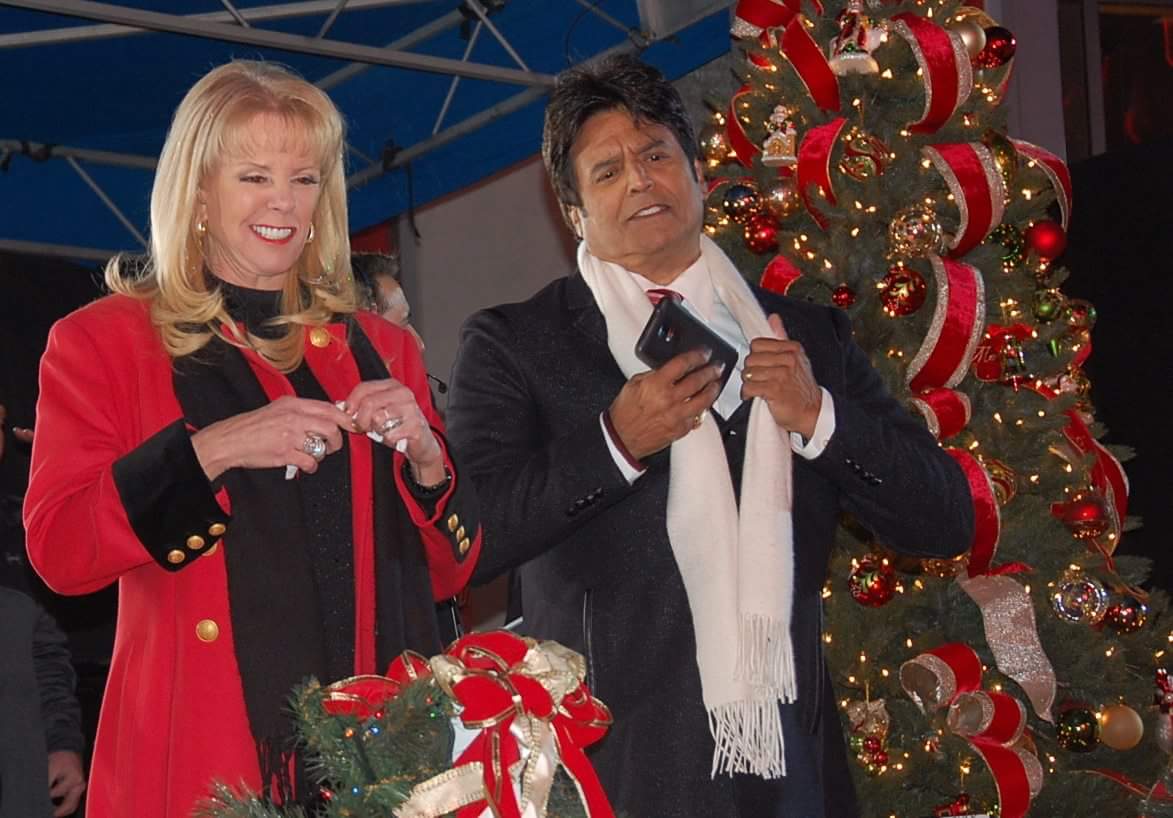 The Hollywood 360 was assigned their spot on the red carpet awaiting the lineup of celebrities.  We were inundated with television and music celebrities as well as having some other special guests, like Gumby, the Chucky Cheese characters, and my favorite…Santa Claus.  Our first interview was with Tommy Wind from Masters of Illusion on the CW network.

What does the holiday season mean to you being in the Entertainment Industry?

Tommy Wind: When the holidays come along I love having my family being around.  I will tell you something, if everybody takes a second and says ‘I love you’ to each other and ‘Happy Holidays’…taking that extra second, letting someone know how you feel… we would have some positive changes in the world.” 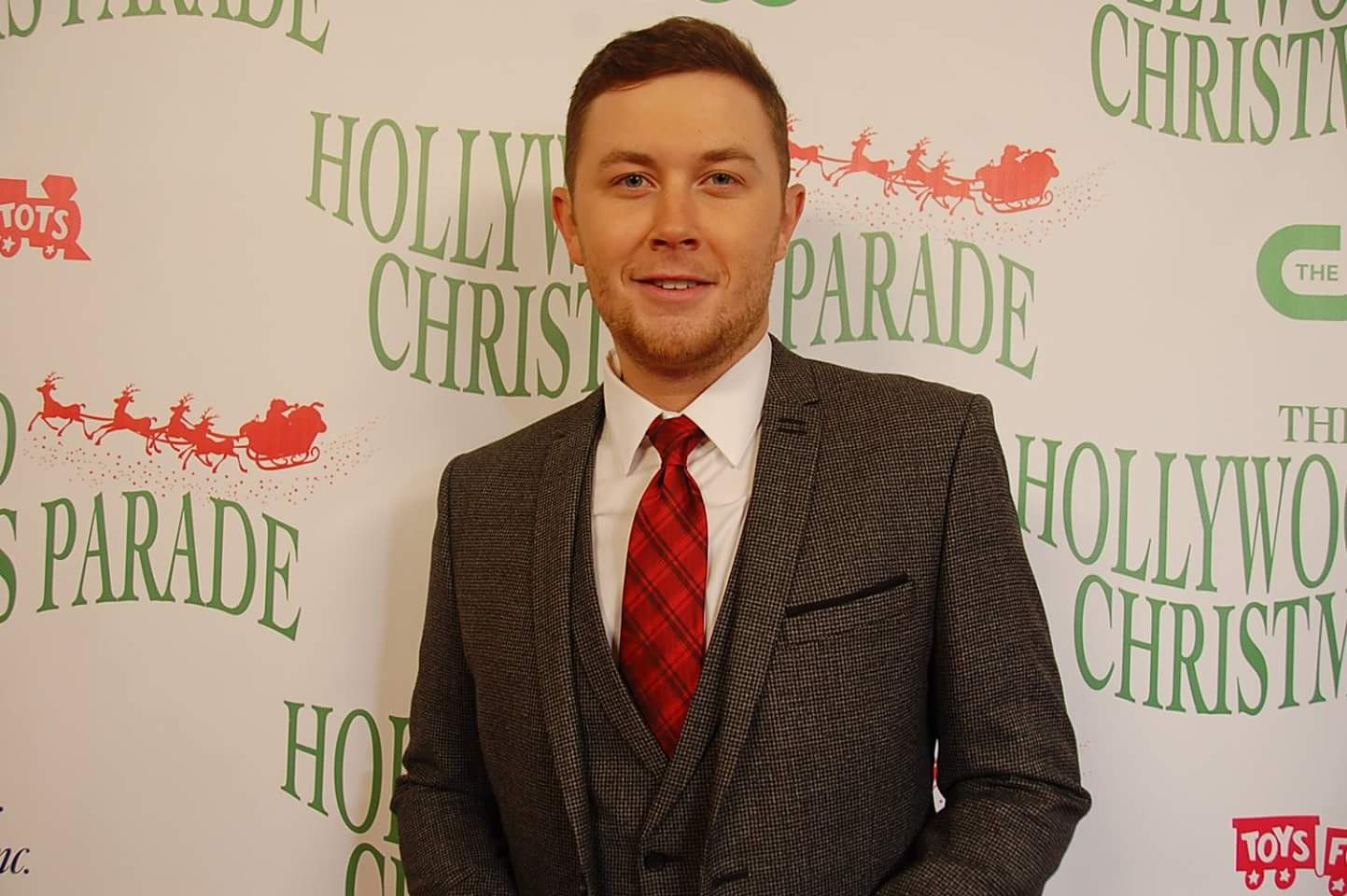 Scotty McCreery, American Idol winner and international recording country artist, sauntered down the red carpet wearing a red Christmas plaid tie with a grey tweed suit.  He greeted us with his southern charm.

Scotty McCreery: The Holiday season is my favorite time of year.  Everyone is in a good mood…I am excited to start it off here in Hollywood.  It should be a great next month.

The Hollywood 360: Tell us a little about your journey from American Idol up to now.

SM: I was 15, 16 back in North Carolina…bagging groceries and I got a chance of a life time. I didn’t know what I was doing, just having fun…now I get to tour around the country…no complaints just having a blast.

The Hollywood 360:  Talk about how you compose your songs.

SM: I’m always thinking about writing songs.  It’s something you don’t turn off.  You got to always be thinking…  If you hear things, write the ideas on a napkin, put them on your phone.  Then when I get to Nashville, I start working.  It’s one of my favorite things to do.

I probably write the lyrics first but you work it together… it comes together naturally.

The Hollywood 360: What song are you performing tonight?

SM: I am performing one of my favorite songs, Elvis’s Christmas version of … “Santa Claus is Coming to Town.”

The next celebrity was Lou Gossett, Jr., who is a true gentleman – soft spoken and such a generous spirit.  I had the opportunity to interview him on the Pre-Academy Award Red Carpet of the ICON MANN.  Tonight, Lou Gossett, Jr. had his son Sharron and grandson, with him.

The Hollywood 360:  I interviewed you on the ICON MANN red carpet. (From an article I wrote on that event…  Tamara Houston divined a vision and a mission for herself three years ago, after hearing Richard Roundtree make a comment at an Oscar luncheon about how male black actors lacked exposure and opportunity in the Entertainment Industry.   At that moment she sensed a powerful purpose that spurred her on to create The ICON MANN platform. For the past nine years Ms. Houston had run her own talent management company.  During that time, she noticed that her Black clients were not getting the same opportunities for meetings and auditions that her other clients were receiving.  Another realization occurred as well, that the successful black men in the business world of entertainment didn’t know the actors and visa versa. Tamara said, “I noticed I had a lot of black men on my roster but I couldn’t get them equal exposure for meetings and auditions as my other clients.   That troubled me.  Also I realized that the successful black businessmen in the entertainment industry didn’t know the successful black actors, and that didn’t make sense to me. Finally, I didn’t like the way black men were being portrayed in the Media.  I wanted to see a multi-dimensional presentation that the other races were receiving.”) 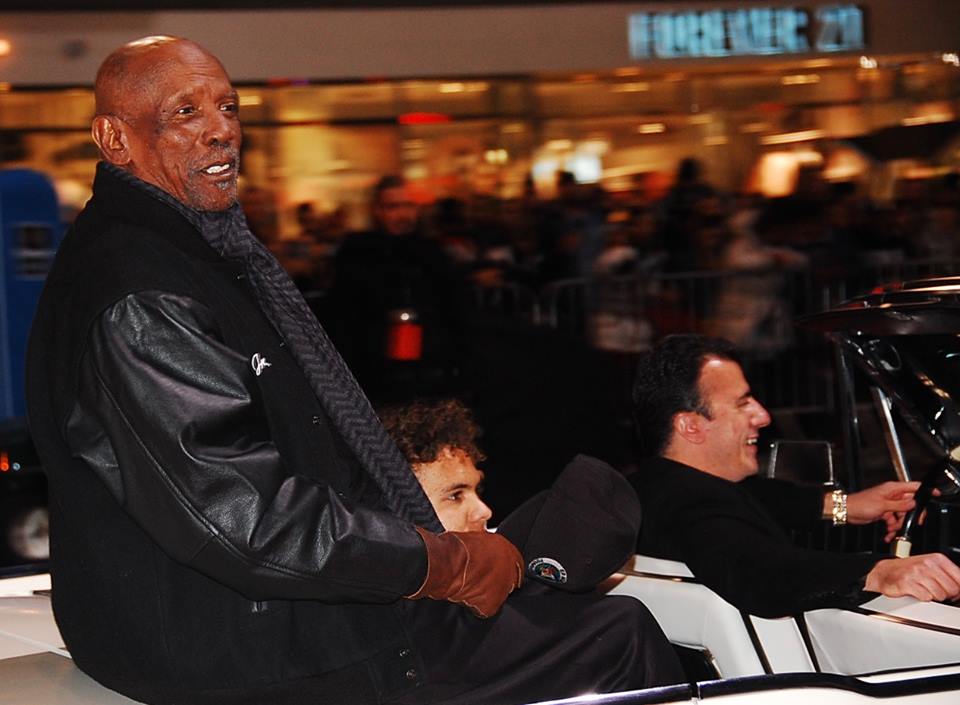 The Hollywood 360: Could you please comment on the importance of this organization.

Lou Gossett, Jr.:  ICON MANN is needed because so many people need to be together to make important changes in Hollywood. The man in the White House… it’s okay…but we’re grown up and now we’re going to represent him.  All those ICON MENN will bring us to that level.  We are responsible for how we live…we were numb there for a minute.  We are no longer numb.  It will take ICON Men and women to wake us up.  Nothing happens by accident.  We are very proud of this industry.  The movies coming out this year are pretty spectacular.

I just saw one called Hidden Figures which is about three Afro-American women who are responsible for providing NASA with mathematical data in the 1960’s.

The Hollywood 360: You have your son and grandson here.  Talk about the holidays …this is the season for peace and love.

Lou Gossett, Jr.: It has to be this way for the rest of the year.  All the time, especially now.  As elders, we have to see what we have to do to generate that in the next two generations…all the better.

The Hollywood 360: Can you please tell us what you’ve been doing industry-wise.

Lou Gosset, Jr.:  I’ve got a couple of movies out.  One’s called Breaking Brooklyn…that’s my hometown.  Then I did one with Nick Cannon in Jamaica, King of the Dance Hall, I did one with James Caan in Canada…then I’m going to start directing.  I’m going to direct a story of a great baseball player called Ernie Banks.  He played for the Chicago Cubs.  Good timing, heh?  And a remake of Meet John Doe called #Jane Doe.  So I will be busy for a couple of years.  I also have helped raising these guys (pointing to his son and grandson) and keeping them happy.  So one day they will take care of me…LOL. 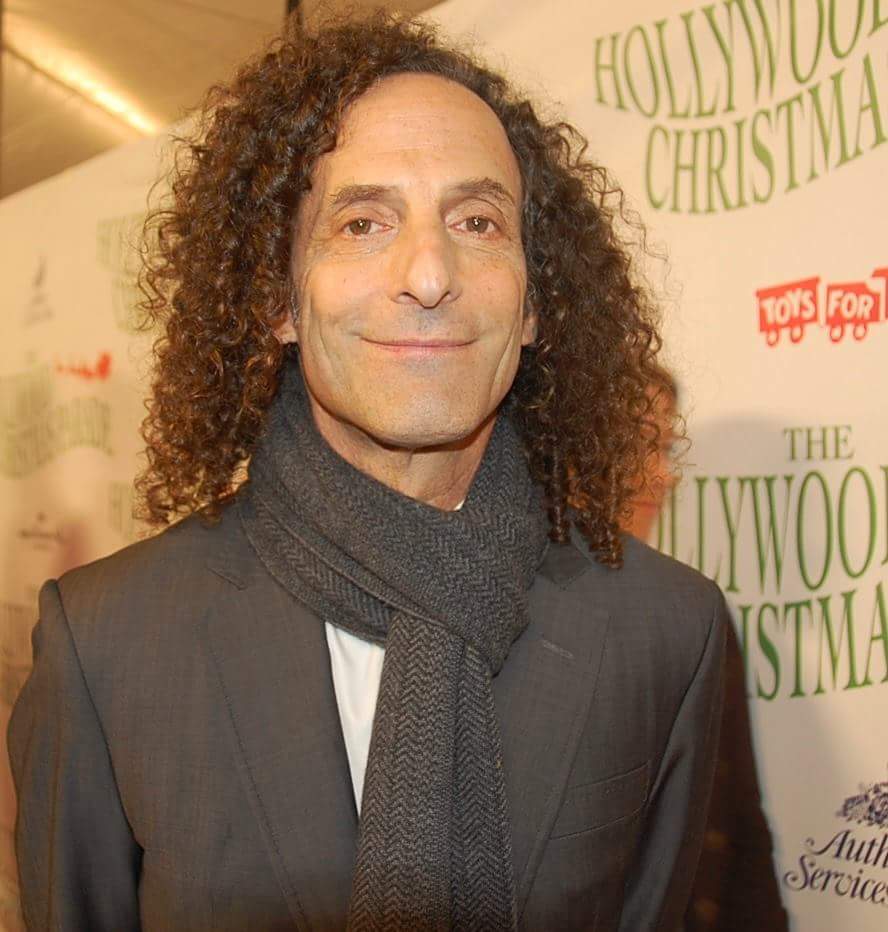 Kenny G had to quickly get to the stage to perform, but was able to spend a moment with us.

The Hollywood 360: So what song are you playing tonight?

Kenny G: I start touring tomorrow in Jacksonville, Florida and I will be playing at the Microsoft Theater in LA, January 29th 2017.

Of course the evening wouldn’t have been complete without interviewing Santa Claus. Decked out in his customary red garments, a long white beard covering his face, his eyes sparkling with mischievous delight, laughing in jolly merriment and holding his rotund belly… he answered my questions.

The Hollywood 360:  You are a very important figure in this parade.  What does it mean to be Santa Claus in this world right now?

Santa Claus: This is a very unique and special time of the year because it is a time of joy and giving.  No matter what culture or what part of the world you live in, every society has this element of giving and of charity to others.  This is a time we reach out and help others.  Here in the United States we have a lot of toys and the things kids are looking for.  But if you could reach out and help children that are less fortunate by donating a toy, or doing something for a neighbor, or donating your time to a food bank, or doing something to help others, that’s what we are all about.

The Hollywood 360:  All the children will be looking forward to your visit!

Santa Claus:  I think we have about one million children out there waiting for us along the parade route.  HOHOHO.  Merry Christmas and Happy Holidays to all.

If you missed the parade, you can watch it on December 16th, on the CW Network, Channel 5.  The Grand Marshal of this year’s parade was singer/actress Olivia Newton-John (star of “Grease“, the most successful movie musical of all time).

HAPPY HOLIDAYS FROM THE HOLLYWOOD 360.  We will be covering many holiday events in the next month, so stay tuned.