The Hollywood 360 Interview : Damon Elliott Composer for “Through My Father’s Eyes, The Ronda Rousey Story”

On December 30th, at the movie premiere Through My Father’s Eyes, The Ronda Rousey Story, I had the privilege of interviewing the film’s composer, Damon Elliott.  The wonderful side story to the interview is that I had just written an article on Terry Steele, who co-wrote Luther Vandross’s first 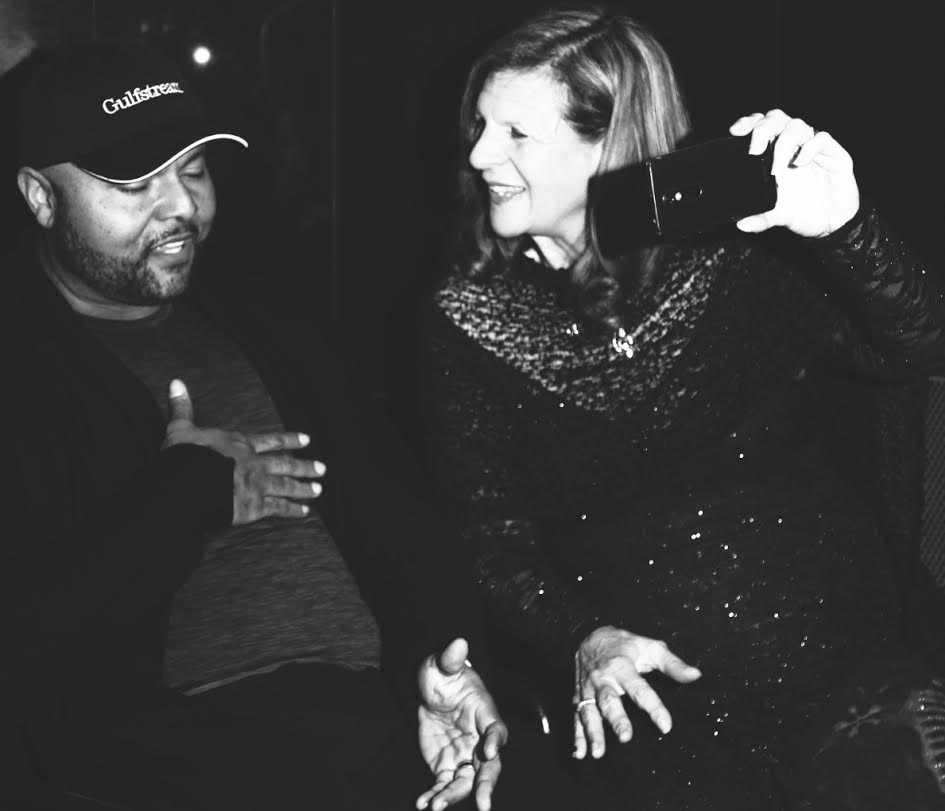 Grammy hit song, Here and Now with David Elliott, Damon’s brother.  I had heard all about this illustrious family from Terry Steele, and now was getting to meet the talented brothers.  Needless to say, I was ecstatic to talk with Damon.

Damon Elliot brings his versatile creative abilities to several genres of music including Pop, hip hop, rock, R&B, gospel and country as a writer, composer, producer and recording artist. He has received 7 Grammy nominations and 1 Grammy Award,  His productions credits reach far and wide including rap group Bone Thugs-n-Harmony, Beyoncé, Pink, Gwen Stefani, Jessica Simpson, Christina Aguilera,  just to name a few.  Damon has scored three films previously, and now added his singular soulful touch to underscore the potent story of Ronda Rousey.  When he surprised the audience at the end of the film with a rip roaring emotional performance of the theme song, “Through My Father’s Eyes” there wasn’t a dry eye in the house.  Like Damon Elliott told me, “Gary Stretch wrote a Grammy winning song,” and Damon Elliott added a Grammy winning musical score.

Here is my interview with Damon Elliott with The Hollywood 360.  Once again, Chris Bridges, publicist and brand manager was so kind to set up the interview.

The Hollywood 360:  Talk about how you composed the music for the film.

Damon Elliott:  It was from the heart.  Ronda is such an amazing person.  She’s so animated and inspirational.  The music was easy because I pulled from her spirit.  Gary Stretch is such an amazing writer and director.  He actually co-wrote the song.  He wrote the lyrics.

The Hollywood 360:  How did you work on the theme song together?

Damon Elliott:  Gary called me and said, ‘I got these words on a piece of paper. I want you to come to the house and read them.’  And I did.  When I got there, I told him he had a Grammy winning song.  It’s like poetry in motion.  I sat down at the piano and came up with the melody of the song.  Two hours later we ended up going to the studio that night and recorded the song.  It was very difficult to do because I lost my father young, and the lyrics, the way the song had the feeling and passion, was just right from my heart.

The Hollywood 360: You are from a musical family, your Mom, Dionne Warwick, your brother, David Elliot…

The Hollywood 360: It was such a great story Terry Steele told me about how those two wrote the song in your Mother’s basement…

Damon Elliott: And with Luther Vandross walking in…

The Hollywood 360:  Talk about your career as a musician.

Damon Elliott:  I’ve been very blessed as a musician and a producer.  I’ve worked with Destiny’s Child, Gwen Stefani, Keisha Cole…I signed her.  Christine Aguilera, Pink, Green Day, Ziggy Marley…I look back at what I have done in the last 23 years and I feel so blessed and honored to be part of that musical movement during that period.

The Hollywood 360:  As an Artist and as someone who did the music for the film, what is the most important aspect of this creation for you?

Damon Elliott:  Probably right now.  This is the most important part…people getting to hear, and see, the marriage of melody and picture.   I have a certain feeling of what it is supposed to feel like as a composer.  When it gets received the same way as I put it out there, that to me is a great feeling.  It is butterflies right now.

The Hollywood 360:  What are some of the things you learned from the members of your family, from your mother, from your brother…all the great people you’ve been around.

Damon Elliott: OMG.  From my whole family…Whitney, from my Aunt Sissi, my older brother, he is a prolific song writer, my Mom, she’s the sound board of the family.  My brother and I always used to play stuff off of her.  “Mom, what do you think of this?’  And being able to have a Mom like Dionne Warwick for your Mom, is kind of cool.  Happy Birthday in our house is a little different than other peoples.

The Hollywood 360:  I bet!  Anything else you would like to say about this movie?

Damon Elliott:  Sure.  I would like to thank the crew that I worked with.  Everybody from Yin, Gary, Danny, Scott Conrad, Pete Antico…just a bunch of amazing people.  This movie is a documentary, so it’s real.  That’s what is special about it.